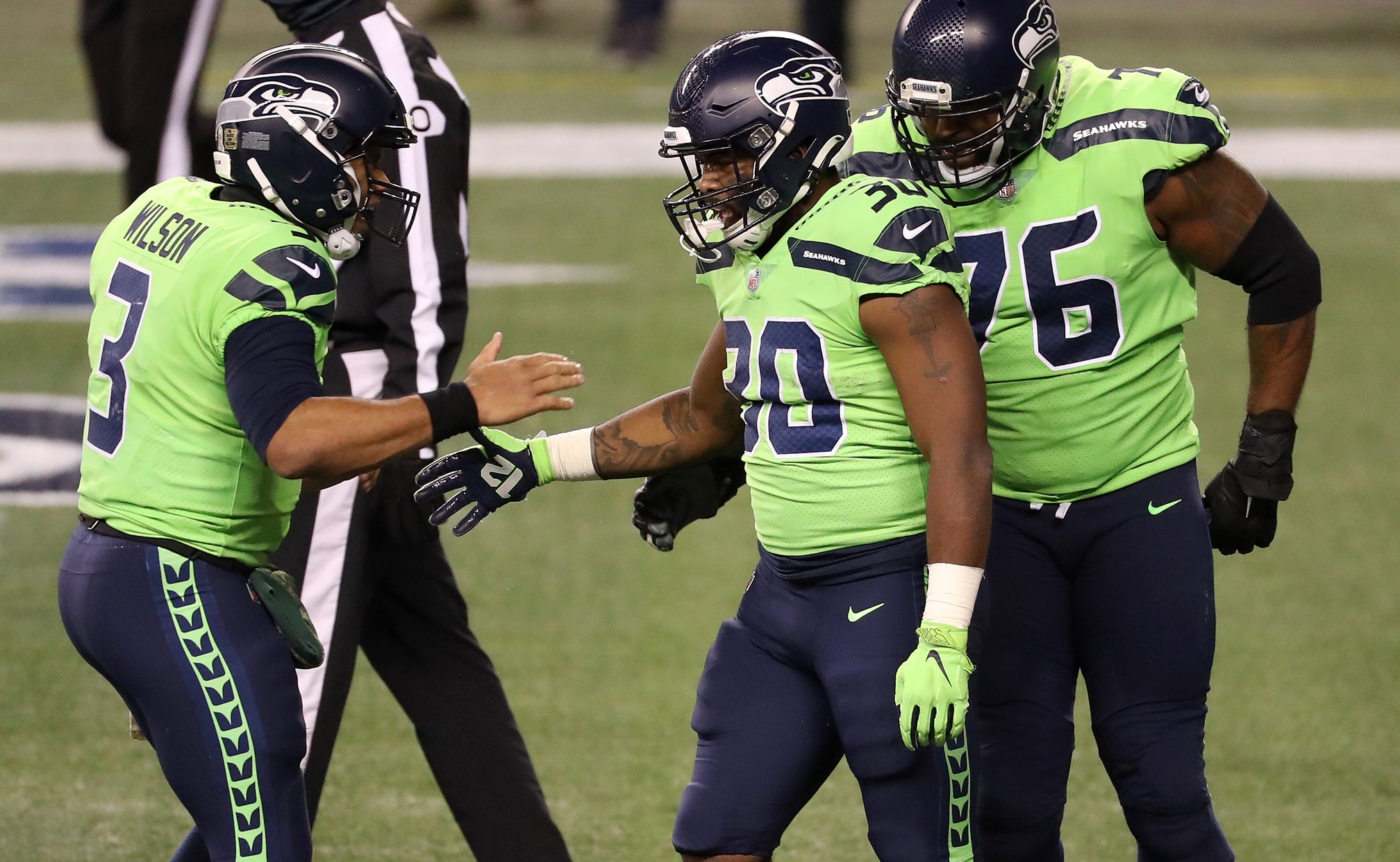 The Seattle Seahawks have never lost three straight games in the Russell Wilson era, and they made sure to keep it that way Thursday night.

The Seahawks got a spirited performance from their defense and used a balanced offense to hold off Arizona 28-21, avenging their Week 6 loss to the upstart Cardinals. The win helped Seattle (7-3) break a three-way logjam atop the NFC West and dropped Arizona to 6-4.

Here are the key takeaways from this Thursday Night Football matchup:

Wilson is one of the NFL's premier quarterbacks, but over the last four weeks, he hasn't been his usual spectacular self. Seattle has suffered because of it, dropping three of its last four after a 5-0 start.

That slide began in Seattle's trip to Arizona when Wilson threw three interceptions in an overtime loss. He entered Thursday having thrown seven picks and lost three fumbles in the past four weeks.

Against the Cardinals this time, however, he kept it simple and didn't register a turnover.

Wilson passed for a season-low 197 yards, but he completed 23 of 28 pass attempts and threw two touchdowns.

And even though it was a subdued night for Wilson, he still managed to reach a major milestone with a 25-yard touchdown pass to DK Metcalf in the first quarter while facing pressure.

He has shown he can be superhuman when needed, but a reserved version of Wilson was good enough to secure a win Thursday.

The Seahawks offense has been the backbone of the team so far this season, leading the NFL in scoring with 32.2 points per game.

But their defense has been one of the worst in the NFL, allowing nearly 30 points per game, which ranks in the bottom five in the league.

Against the Cardinals, it was a different story for Seattle.

The Seahawks defense held Arizona to a season-low 21 points and a season-worst 314 total yards of offense.

Newly acquired pass rusher Carlos Dunlap had a huge game with two sacks, and the former Bengal has paid big dividends in three games with his new team.

Dunlap's pressure played a big role in holding Kyler Murray, the Cardinals dynamic second-year quarterback, in check throughout the night.

If the Seahawks defense can replicate this performance going forward, they will be a tough out as long as their offense continues to light up opposing defenses.

3. A missed opportunity for the Cardinals

The Cardinals had a chance to sweep the season series against the Seahawks with a victory, but instead will have to settle for a split.

But that's not the most concerning part of the loss.

The Cardinals and Seahawks both entered Thursday night at 6-3, but Arizona sat atop the NFC West by way of their victory over Seattle in Week 6.

They are now leaving the Pacific Northwest at 6-4 and in third place in the NFC West, behind the Seahawks (7-3) and the Los Angeles Rams (6-3), who play at Tampa Bay on Monday night.

If the playoffs started today, the Cardinals would still be in with the final NFC wild-card spot, but they now sit only a game ahead of the eighth-place Chicago Bears and are a full game behind the Seahawks.