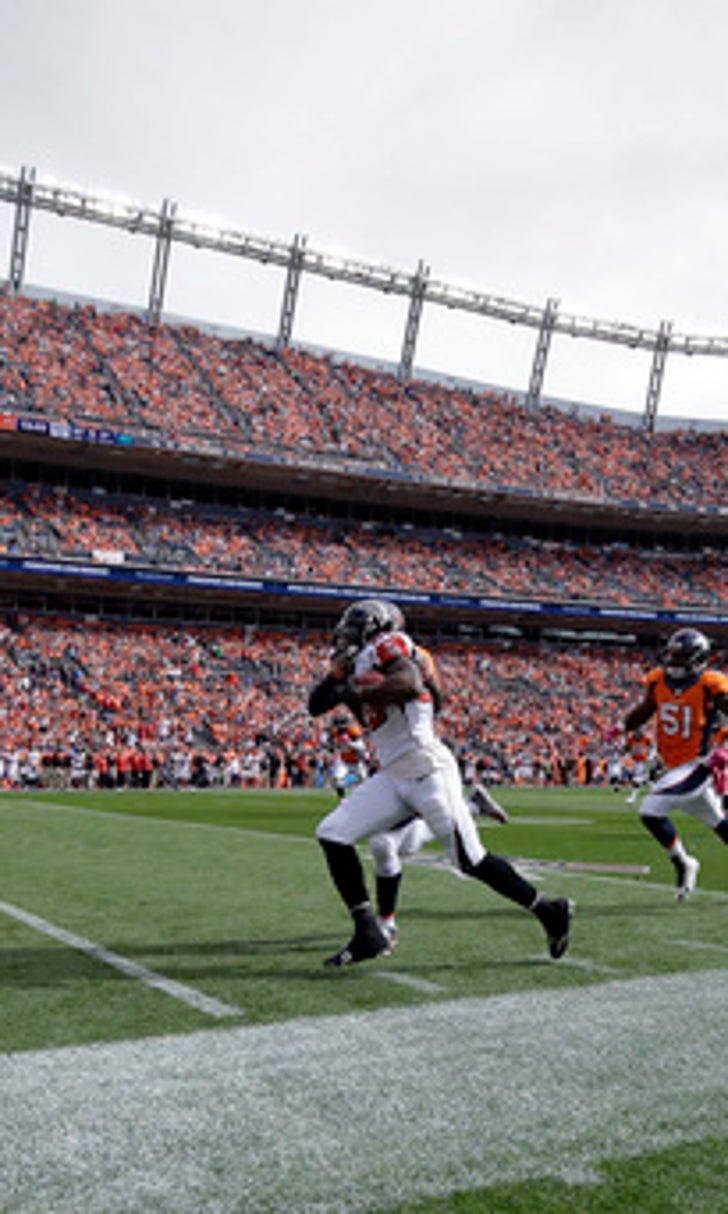 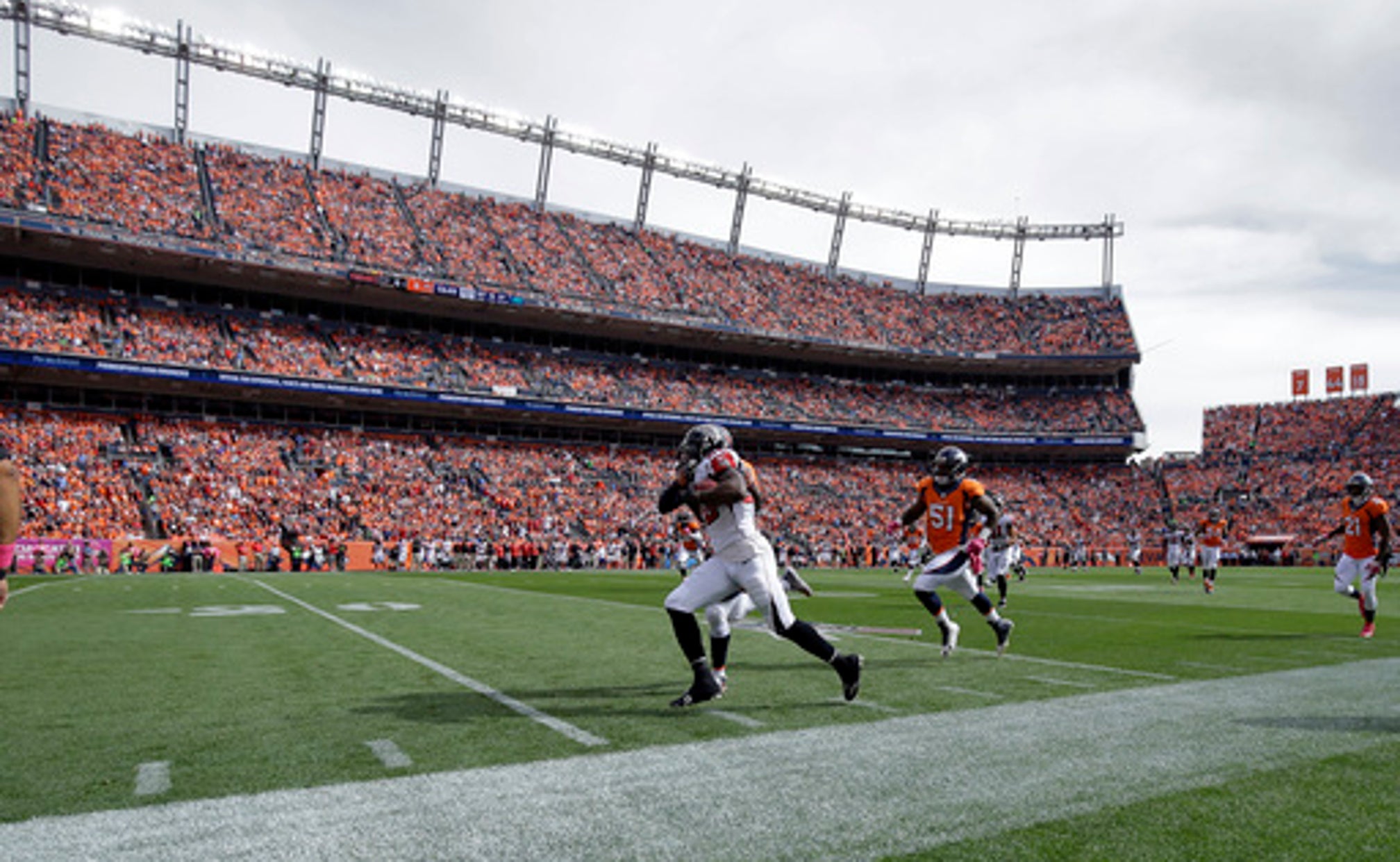 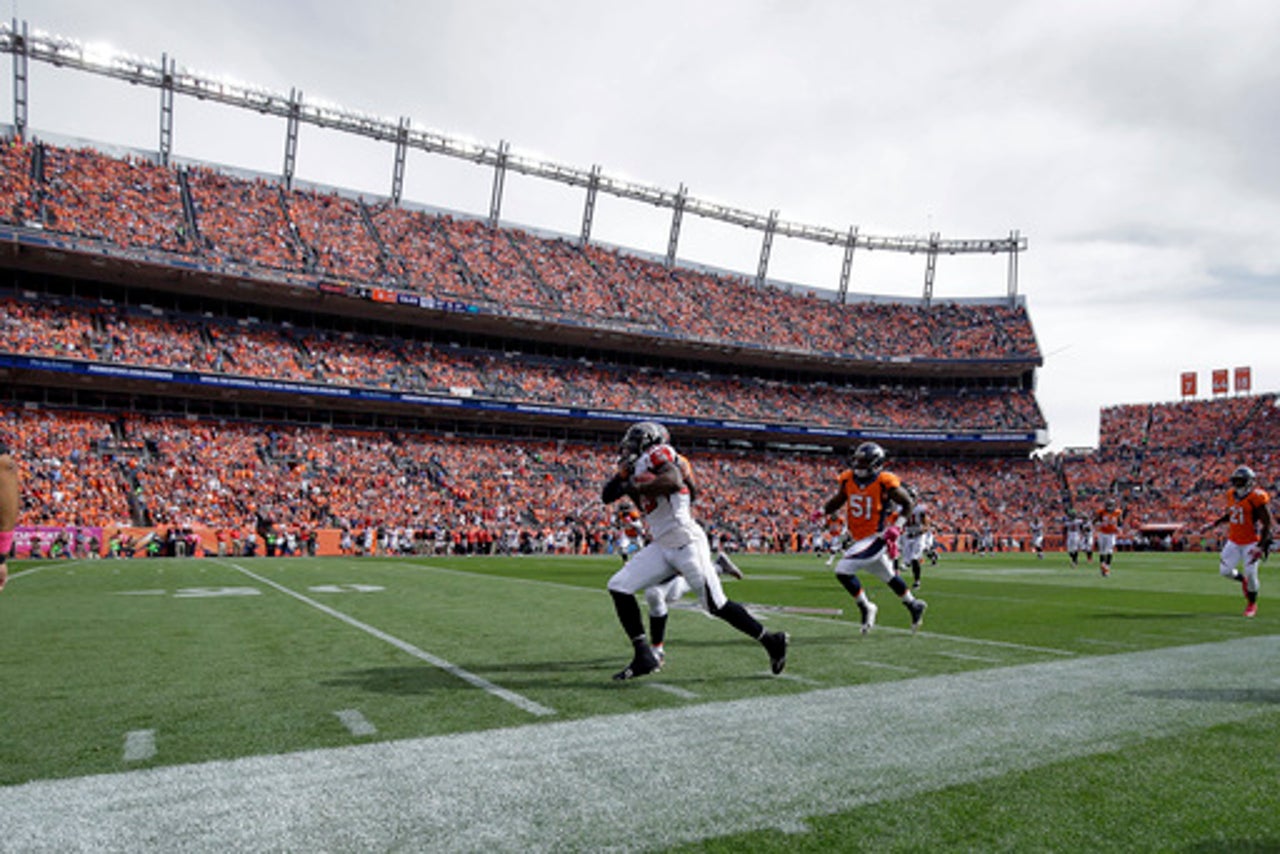 Odell Beckham Jr. kept his cool for a change, and that was one of the best calls of the NFL's Week 5.

Not only did the New York Giants wide receiver end his career-long five-game touchdown drought, but he also made nice with the kicking net.

A few weeks ago against the Redskins, Beckham slammed his helmet against a kicking net in an outburst that went viral because the net recoiled and struck him in the neck.

On Sunday night, Beckham gave the netting a mock kiss and hug after his tip-toe touchdown catch in a loss at Green Bay.

While losing isn't any fun, at least OBJ could make fun of himself.

Other calls that panned out Sunday included Broncos coach Gary Kubiak's decision to go to the hospital after Denver's first loss in 295 days, 23-16 to Atlanta after a couple of his other decisions - starting wide-eyed rookie QB Paxton Lynch and sticking with struggling right tackle Ty Sambrailo - didn't work out so well.

Kubiak thought he had the flu and was taken via ambulance from the stadium to the hospital, where he stayed overnight and was diagnosed with a ''complex migraine condition that caused extreme fatigue and body weakness,'' according to a statement from the team Monday.

Doctors cleared Falcons running back Tevin Coleman to play in Denver after determining it was safe to exert himself at altitude, which can sometimes lead to life-threatening complications for people with sickle cell trait such as Coleman.

The second-year running back from Indiana with breakaway speed accounted for 163 yards and a touchdown on just 10 touches against the Broncos (4-1).

A couple of weeks after the Houston Texans encouraged their fans to go out for free chicken nuggets after the team topped 100 yards rushing in a 27-0 loss at New England, the Los Angeles Rams took over as the most mocked team on Twitter after stealing the Broncos' "No Fly Zone" moniker while promoting their game against the Bills.

That's the name the Denver defensive backs came up with on their way to winning the Super Bowl.

Darius Slay made the Eagles pay for two big mistakes by running back Ryan Mathews and rookie quarterback Carson Wentz in the final minutes of Detroit's 24-23 win that knocked Philadelphia (3-1) from the unbeaten ranks.

Slay punched the ball from Mathews' grasp when the Eagles running back made the mistake of carrying the football in his left hand on a run to the right while trying to pick up the game-icing first down. Detroit's Tyrunn Walker recovered and Matt Prater kicked a 29-yard field goal with 1:28 to play.

All the Eagles (3-1) needed was a field goal to stay unbeaten, but Wentz went deep on the next snap to Nelson Agholor, and Slay intercepted him with 77 seconds left, Wentz's first turnover of his NFL career.

''I'm kind of glad he got the interception out of the way, there's so much buildup on that,'' Eagles coach Doug Pederson said.

A decision in Baltimore backfired in a costly manner, too.

With the Redskins operating from near their 3, Ravens linebacker C.J. Mosley intercepted a pass by Kirk Cousins at the 13, but lost control of the football while reaching for the left pylon as two linemen closed in on him. The ball rolled out of bounds in the end zone for a touchback, and Washington escaped with a 16-10 win.

In the first half, the Ravens failed on a fake field goal attempt on fourth-and-12 from the Washington 17 when kicker Justin Tucker got off a lousy pass that fell incomplete. Tucker had lined up on the right side, which meant he'd have had to kick with his opposite foot, but the Redskins never noticed.

Not that it mattered because it sure seemed as if he threw the ball with his opposite arm, too.

Return to Form
Odell Beckham Jr. flashed glimpses of the old OBJ on Thursday night. Is the superstar wide receiver back like he never left?
21 hours ago