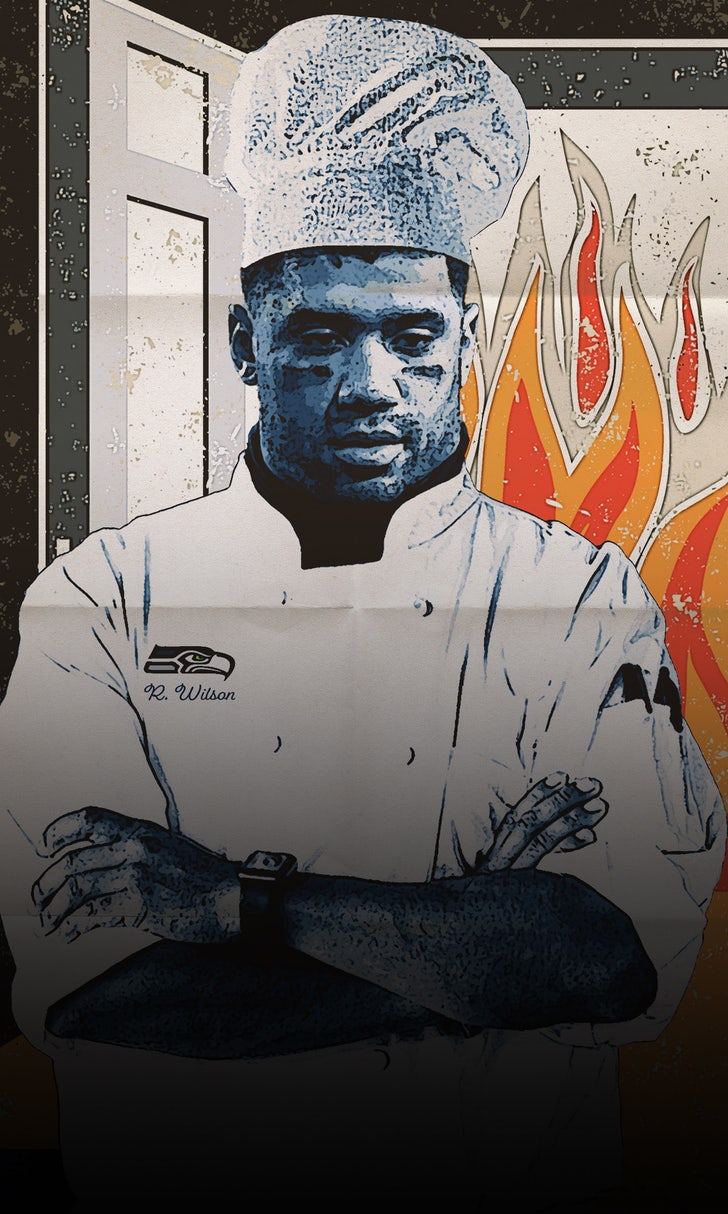 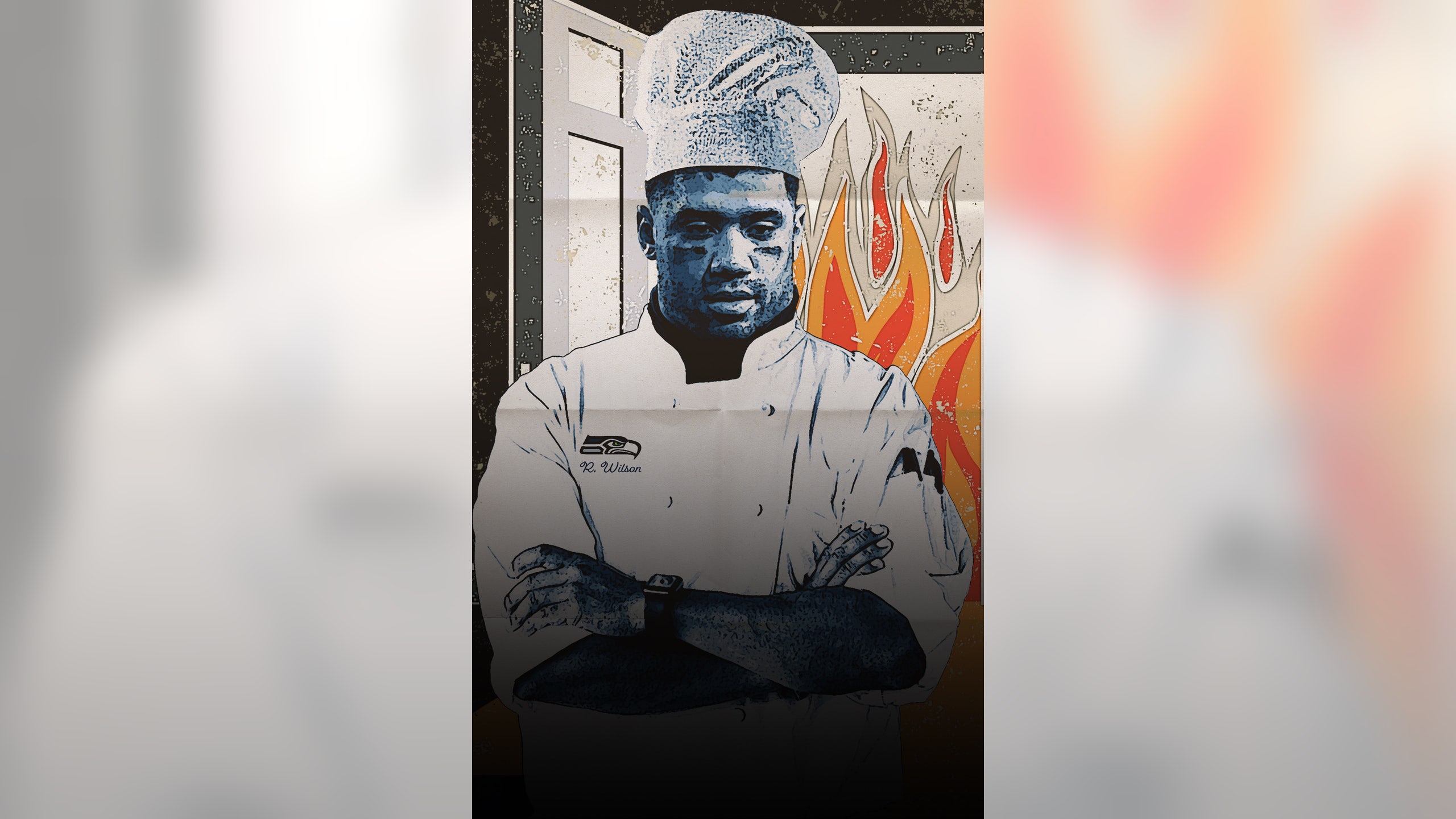 If "give my compliments to the chef" is meant as a sign of approval, what's the opposite of that phrase?

That's a question many are pondering after Russell Wilson and the Seattle Seahawks crashed out of the playoffs on Super Wild Card Weekend.

"Let Russ Cook" proved to be a popular refrain to start the season, as Seahawks fans implored head coach Pete Carroll to put the ball in the 32-year-old quarterback's hands and let him go to work.

Based on the season's early returns, it seemed like a top-notch plan.

Wilson came out of the gates on fire, rattling off five straight wins in which he completed an average of 72.8 percent of his passes for 1,502 total yards, throwing 19 touchdowns with just three interceptions.

His passer rating of 129.8 following Week 5 led the league, and Wilson looked to be well on his way to securing his first regular-season MVP trophy.

No doubt about it, he was cooking.

So ubiquitous was the "Let Russ Cook" catchphrase early in the season that Wilson went so far as to file for a trademark.

However, as the season wore on, Wilson appeared to lose his touch.

Turnovers became prevalent, and games nine through 16 looked stark in comparison to games one through eight. 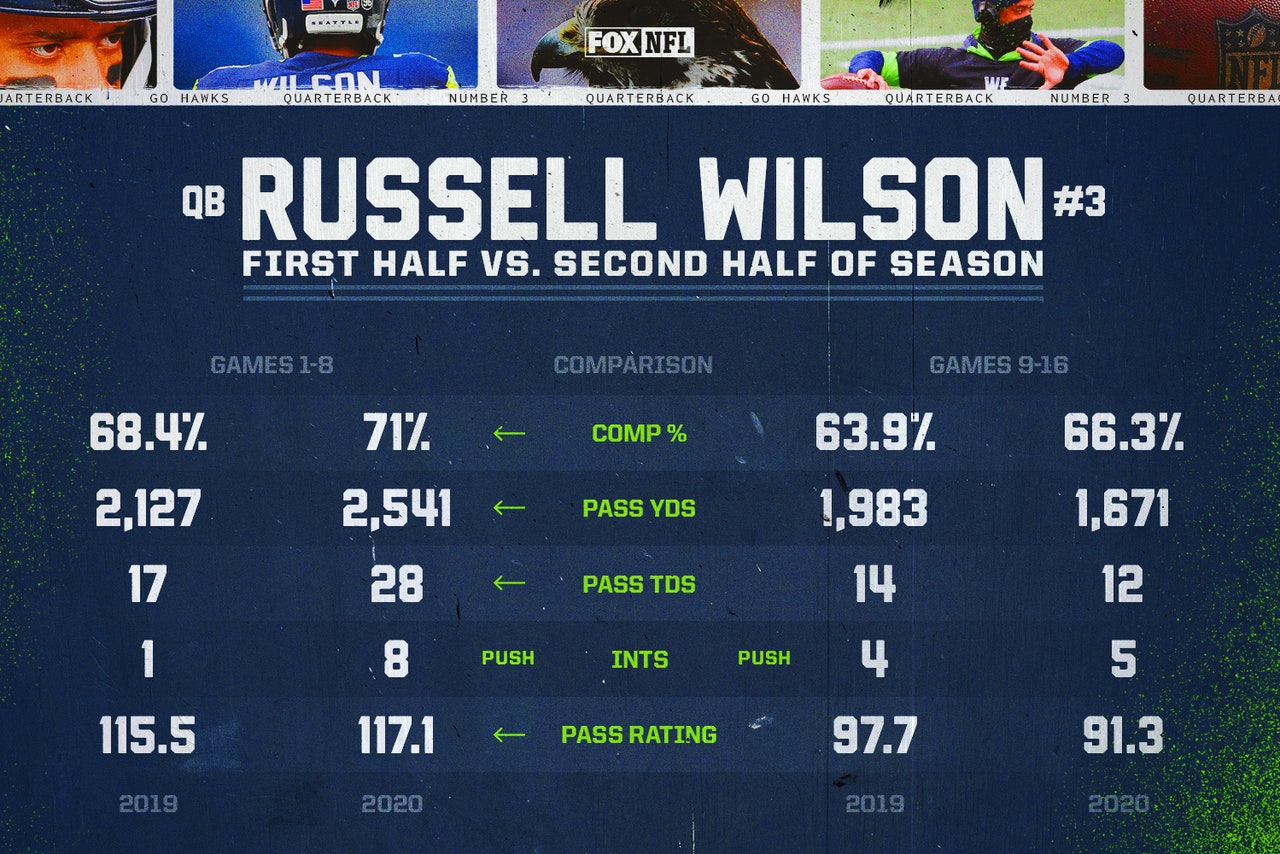 Unfortunately for the Seahawks quarterback, the switch to postseason play didn't serve as a catalyst for him to recapture his early form.

In Seattle's 30-20 loss to the Los Angeles Rams on Saturday, Wilson completed just 40.7 percent of his 27 attempts for 174 yards and two touchdowns, along with a back-breaking interception that was returned for a touchdown.

At one point, Seattle mustered a total of 37 net yards on six straight drives before scoring a late touchdown with the game by and large out of reach.

With the dust starting to settle, the Seahawks parted ways with offensive coordinator Brian Schottenheimer on Wednesday as blame for Seattle's faltering in the playoffs began to take hold.

The hosts of Undisputed, Skip Bayless and Shannon Sharpe, delved into the subject on Wednesday.

Bayless took his train of thought all the way back to the preseason.

That was when NFL players cast their votes for the league's top 100 players, and Wilson was unveiled as the No. 2 player behind only Baltimore Ravens QB Lamar Jackson.

Bayless doesn't see that kind of ranking happening for Wilson heading into next season. He reiterated Wednesday that the Seahawks quarterback's tendency to fade as the season carries on.

"This offense was by far the best offense for half a year. Well, that's pretty great, right? Then what happened?"

Getting Wilson to stay consistent throughout the season appears to be the key component to sustained success for Seattle.

If Carroll or the yet-to-be-named offensive coordinator can figure out that secret ingredient, perhaps Russ can cook up another Super Bowl in Seattle.

Catching K.C.
After the Chiefs' offensive explosion against the Bills, pundits are left wondering if Kansas City is the next NFL dynasty.
2 hours ago

Breaking Down The Early Super Bowl Odds
Where did the point spread open? How has it moved? And where is the early value? Jason McIntyre explains what you need to know.
5 hours ago

Packing His Bags?
Aaron Rodgers left his Green Bay future up in the air following another loss in the NFC title game. What's his angle?
5 hours ago

The Tom Brady Way
Was it really "The Patriot Way"? Or did Sunday prove that it was always about the GOAT? Charlotte Wilder is no longer sure.
18 hours ago
those were the latest stories
Want to see more?
View All Stories
Fox Sports™ and © 2021 Fox Media LLC and Fox Sports Interactive Media, LLC. All rights reserved. Use of this website (including any and all parts and components) constitutes your acceptance of these Terms of Use and Updated Privacy Policy. Advertising Choices. Do Not Sell my Personal Info