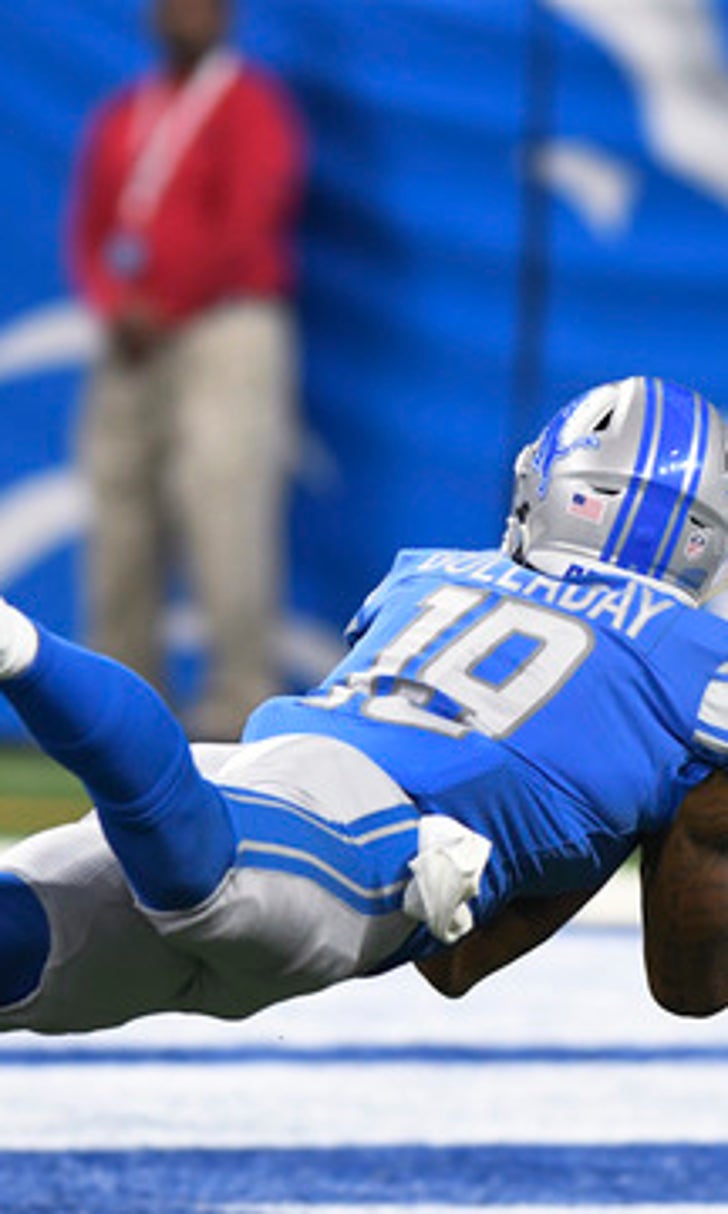 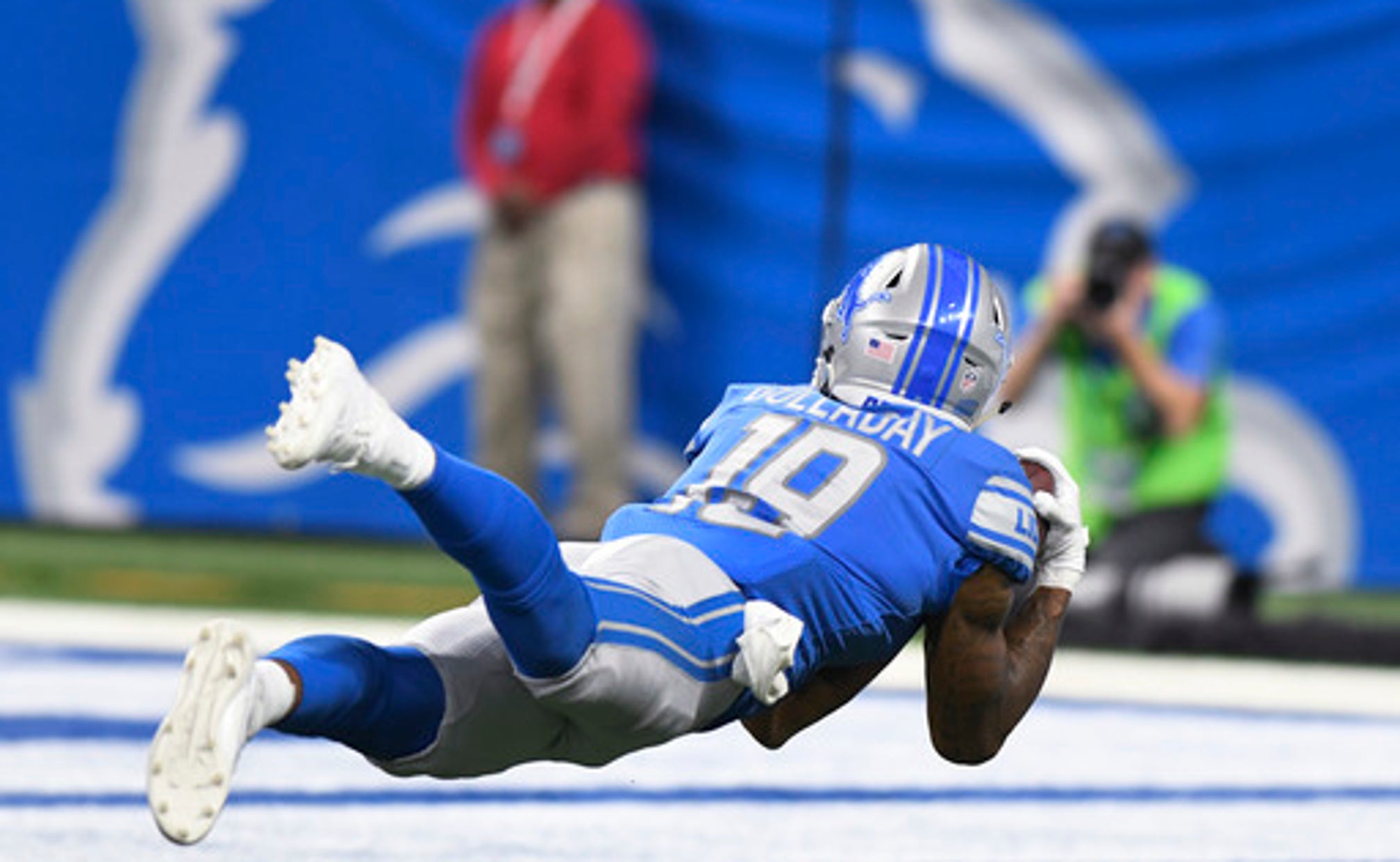 ALLEN PARK, Mich. (AP) When Kenny Golladay caught two touchdown passes in his first exhibition game, he became a rookie to watch for the Detroit Lions.

After he repeated the feat in his regular-season debut, there's no telling how high expectations might soar for the young receiver.

''When I got to training camp, I realized this was real, and again in Indianapolis at the first preseason game, but this was a whole new level,'' Golladay said. ''This game counted, and that's a rush.''

Golladay's two touchdowns against Arizona on Sunday lifted the Lions to a 35-23 victory - and the second of those scoring plays was legitimately spectacular. The 6-foot-4 Golladay stretched out to make a diving catch of Matthew Stafford's pass for a 45-yard TD, capping an impressive day for two of Detroit's top draft picks this year.

The Lions took Golladay in the third round. Their first-round pick , linebacker Jarrad Davis, started and recovered a key fumble in the third quarter.

''I think it's kind of been the last couple years we've had quite a few young guys playing for us early,'' coach Jim Caldwell said Monday. ''I think it helps us without question because they make plays for us and we're just anticipating they got to keep working to keep it going.''

The Lions have had two drafts under general manager Bob Quinn, and while Davis and Golladay were representing the 2017 class well, several players Detroit picked in 2016 made an impact Sunday as well. A'Shawn Robinson (second round) and Anthony Zettel (sixth round) started on the defensive line. Zettel had a sack, and Robinson forced the fumble that Davis recovered.

Graham Glasgow (third round) started at guard, and Miles Killebrew (fourth round) returned an interception for a touchdown. Dwayne Washington (seventh round) misplayed a kickoff early in the game, but had six carries for 22 yards.

Tackle Taylor Decker, Detroit's first-round pick in 2016, is injured now but started 16 games as a rookie.

''Our front office has done a great job. They do a fine job of identifying the talent, a fine job of blending the two, and coaches are involved with that as well,'' Caldwell said. ''I think the relationship is really, really it's productive, and it always helps when you got young guys that can come in and contribute as much as we've had here in the last couple years.''

Davis, who played at Florida, has an important role already for the Lions, and Golladay is clearly a threat in Detroit's offense. Golladay grew up in the Chicago area and was offered a scholarship to play at North Dakota, where he began his college career. He grew about 5 inches over two years and transferred to Northern Illinois.

After impressing in both the preseason and the regular-season opener, Golladay will move on to an even bigger stage in Detroit's next game: a Monday night matchup on the road against the New York Giants. It's no wonder he's trying to keep his sparkling debut in perspective.

''You know you're going to get all the texts, all the highlights,'' Golladay said. ''Of course I've got to say my thank yous and everything, but I've got to keep my head forward, keep it down and get ready for the next week.''