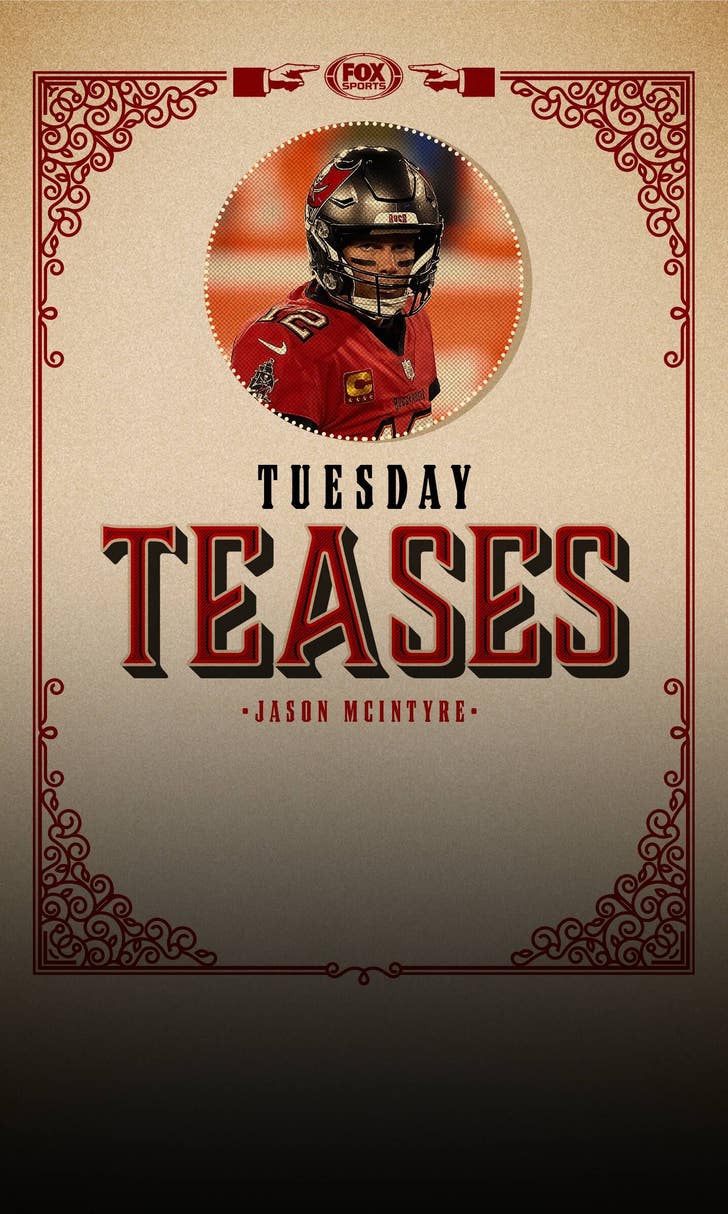 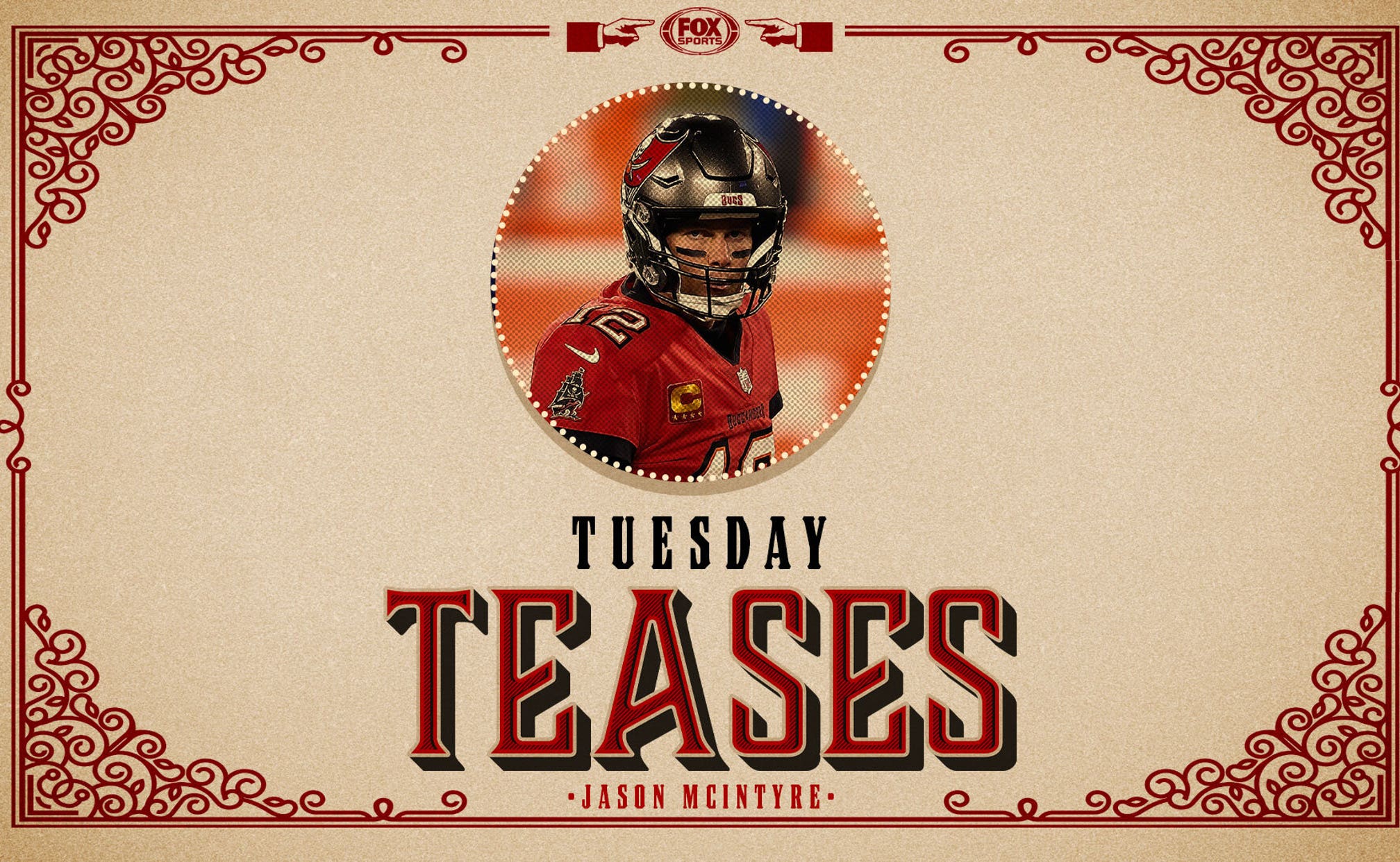 Riding with the road dogs

It was bound to happen: Underdogs barked loudly in Week 8, blowing up teasers and money-line parlays with outright victories. It was the most carnage in the NFL so far this season, with big underdogs Cincinnati (+7), Minnesota (+6) and Pittsburgh (+4) picking up wins over Tennessee, Green Bay and Baltimore, respectively.

I tried to warn everyone last week there was looming danger ahead. So, hopefully, your bankroll is in respectable shape heading into the second half of the season.

The big thing to watch this week is divisional matchups. There are six of them. And the number you need to know is that this season (sample size alert!), divisional underdogs have roared, going 25-14 ATS (64.1 percent) and 11-3 in the last two weeks.

Markets tend toward efficiency, so will we see some regression this week? On to the picks (with all odds via FOX Bet).

Washington Football Team (-175) vs. New York Giants: This will be the third straight week when a team off a bye (Washington) will be facing a team off Monday Night Football (Giants). As expected, the team off the bye started extremely lethargic in the other two games, getting outscored 56-27 in the first half.

The Giants edged Washington 20-19 in Week 6, but New York was outplayed in that game. The Giants scored one offensive TD on a short field (27 yards) and only had two drives of more than 50 yards the entire game. If you remove one 49-yard run by Daniel Jones – New York's only rushed for 10-plus yards – the G-Men were held to less than 200 yards of total offense.

I don’t love Kyle Allen as a 3.5-point favorite, so let’s grab him on the ML and roll it into a parlay.

Seattle Seahawks (-154) at Buffalo Bills: It’s unclear who was betting the 49ers so heavily last week – or why – but it drove the line all the way from +3.5 to +1. Those bettors had a horrendous read on the Seahawks, who I loved in this space last week.

The beleaguered Buffalo defense can’t stop the pass (26th in efficiency), and now must contend with Russell Wilson (26 TD passes) and DK Metcalf (seven TDs), the hottest QB-WR combo in the NFL. Seattle’s Top 10 run defense held the 49ers to 52 yards on 22 carries, and now they will let Josh Allen beat them through the air. He has four TD passes and four INTs in the last four games, and the Bills are 0-4 ATS in that span.

Tampa Bay Buccaneers (-250) vs New Orleans Saints: The Saints are on the road for the second straight week in a rematch of their season opener, which they won after Tom Brady threw two interceptions, including a pick-six.

The “revenge” narrative is an easy one, but the reality is the Saints pass defense has been gashed of late (seven passes of 48-plus yards allowed in the last five games), and the Bucs are expected to have Chris Godwin return, as well as new addition Antonio Brown.

As good as Alvin Kamara has been for the Saints this season (142 touches, 987 total yards, seven TDs, 0 fumbles lost), the Bucs have the No. 2 run defense in the NFL and limited him to 16 yards on 12 carries in the opener.

Houston Texas (-300) at Jacksonville Jaguars: There’s absolutely nothing I trust about Houston, especially that terrible defense (29th in efficiency). Surely, the Texans will be looking around the locker room this week to see if anyone gets traded.

However, this is a play against lowly Jacksonville, which has been abysmal since its fortunate season-opening victory over the Colts. And now with Gardner Minshew (finger) sidelined and Jake Luton starting, the Texans should be able to get their second win.

There’s zero tape on Luton, who has never thrown an NFL pass. A sixth-round pick out of Oregon State, Luton will try to improve upon Jacksonville’s 5.0 yards-per-attempt and two fumbles in a 30-14 loss to the Texans last month.

Chicago Bears (+12) at Tennessee Titans: Is there a more fraudulent 5-2 team than the Titans? They’re just 1-5 as favorites, with the lone cover being a lucky one in overtime last month against Houston. The Titans defense couldn’t take advantage of the Bengals being down three offensive linemen, and registered no sacks and just two QB hits in last week's upset defeat.

Tennessee is 24th in pressure rate and 27th in hurry percentage, so Nick Foles finally will have time to throw after facing the Saints and Rams in back-to-back weeks (sacked nine times). Foles should keep the Bears within single digits, despite this being their third road game in four weeks.

You aren’t teasing through the key number of 3, but you are going through 7 and 10, the two other most likely NFL outcomes.

Las Vegas Raiders (+7.5) at Los Angeles Chargers: Crazy trend that I haven’t seen anywhere else: Short road dogs are cleaning up this year. With home field reduced to almost nothing in 2020, keep an eye on home teams that aren't getting the traditional three-point advantage.

This week, watch the visiting Raiders, who opened at +2.5, and the number keeps falling. Las Vegas has a terrible pass defense (27th in efficiency) that Justin Herbert should shred. But Derek Carr (14 TDs, two INTs) also should feast on one of the worst second-half defenses in the league (15.3 points allowed after halftime, 29th in the NFL). Somebody’s going to backdoor cover this game for the win, so tease the Raiders up to 7.5.

Pittsburgh Steelers (-8) at Dallas Cowboys: This is risky, and your stomach will churn making this wager. The Cowboys are 0-8 ATS, worst in the NFL. But their defense has quietly improved the last two weeks ... unless that was just matchups against Kyle Allen and Carson Wentz.

This is a play to hedge the Steelers, who are in the letdown spot of the season, coming off narrow road wins against the Titans and rival Ravens. Mike Tomlin will be challenged to motivate the NFL’s last undefeated team for a third straight road game against a vastly inferior opponent.

The news of Andy Dalton being placed on the COVID-19 list is devastating, because let’s be real – it will be mission impossible for Cooper Rush or Garrett Gilbert to be thrust into this situation.

Good luck against a defense that ranks first in pressure rate and second in blitz percentage. The Cowboys have scored one TD in their last 28 drives (three games) since Dak Prescott went down.

The spot screams Dallas, and the Cowboys might show up for a half or even three quarters, but I can’t do it. Take the Steelers down to single digits and be ready for a fourth-quarter sweat.

Denver Broncos (+9.5) at Atlanta Falcons: When you realize you’re teasing four road teams, and three are underdogs, you’re essentially dropping your gloves and daring your opponent to smack you in the face. But the Falcons are 0-4 ATS as favorites this season. Atlanta is a talented team, just certainly not a good team. The Broncos are 5-2 as an underdog this season.

This is the spot you want to back them in. If you cannot pressure Matt Ryan, he’ll pick you apart with that talented receiving group. The Broncos, who have weathered early defensive injuries and gotten healthier on all three levels, are sixth in pressure rate and seventh in sacks. Drew Lock’s history is not difficult to figure out: He struggles against top 10 pass defenses and has his way with the bottom 10. The Falcons are 29th in pass defense, so wager accordingly.

Burrow's Road To Return
What did Joe Burrow's surgery entail? What will rehab look like? Dr. Matt Provencher answers those injury questions and more.
2 hours ago

The NFC East's Pain Is Your Gain
As he makes his Week 13 picks, Geoff Schwartz offers up a tasty wager against every single team in the "NFC Least."
23 hours ago