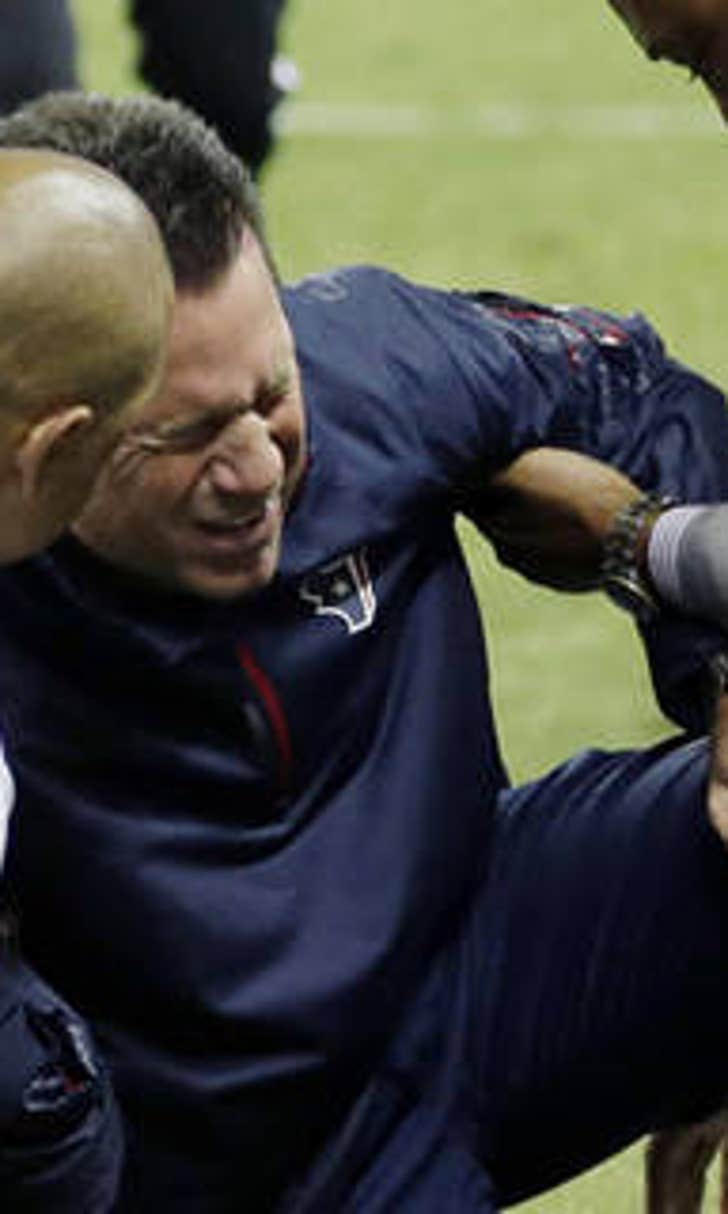 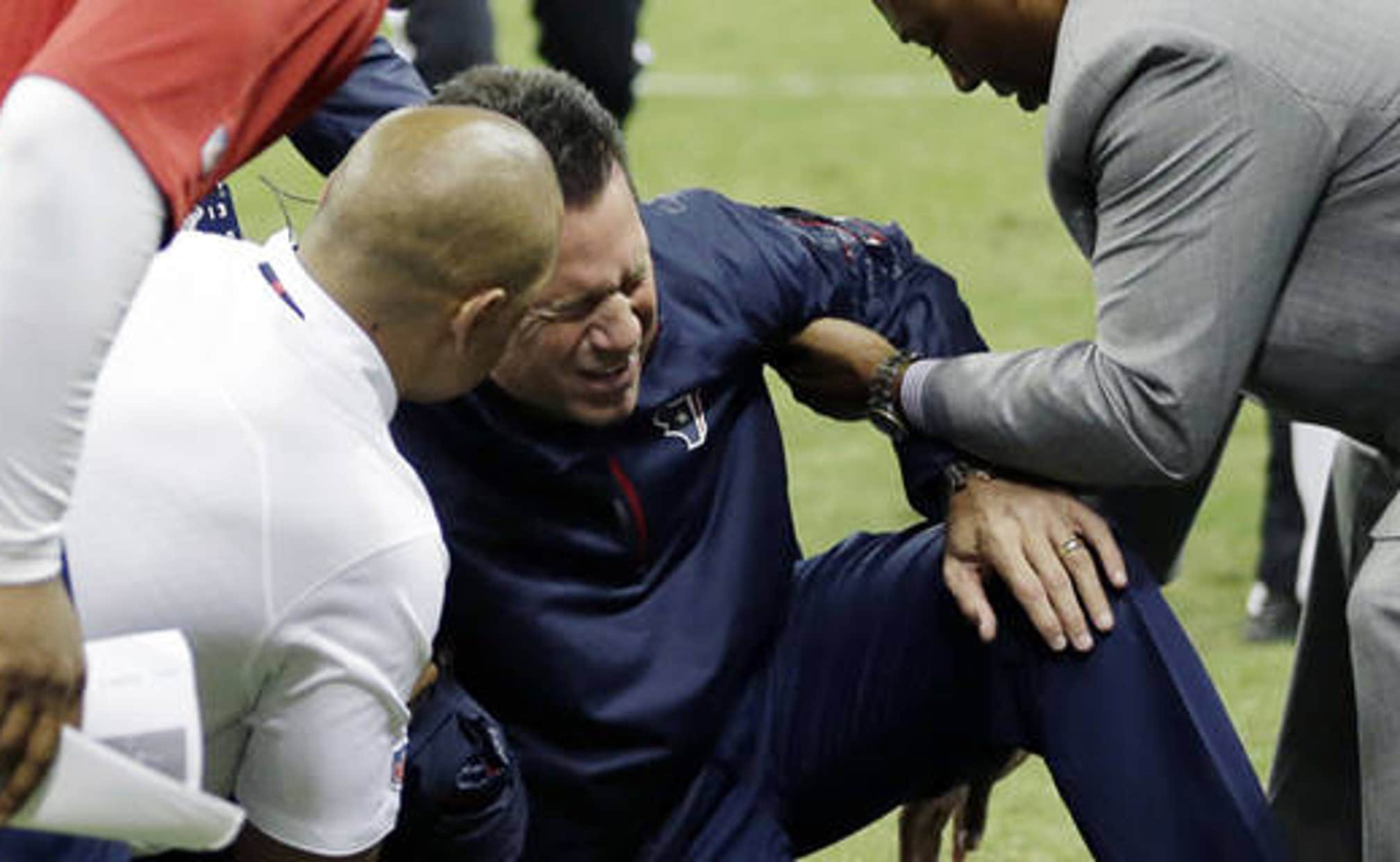 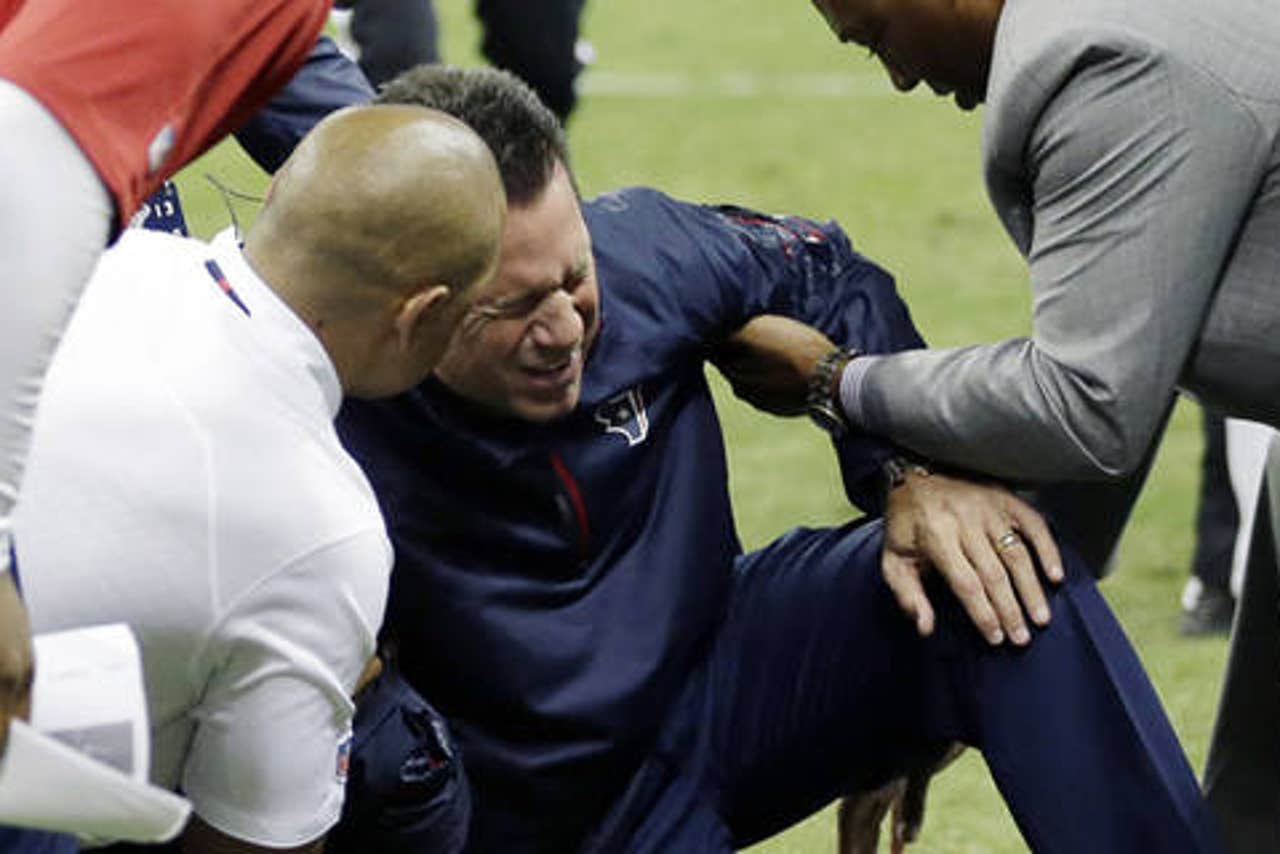 A day after Texans head coach Gary Kubiak collapsed on the field at halftime of Sunday night's game in Houston, the team announced on Monday that he "is alert, coherent and in good spirits. He is continuing to be evaluated and monitored."

But while the team and the league breathe a sigh of relief, an NFL.com report has surfaced which could shed light on the apparent severity of the situation.

#Texans coach Gary Kubiak has suffered what is called a TIA, per source. —a transient ischemic attack. Referred to as a mini-stroke.

The official word out of Houston as of Monday night was that Kubiak did not suffer a heart attack, but that he would remain hospitalized for observation for at least 24 hours. Initial reports were that he could be back with the Texans as early as Monday, but the team said Tuesday would be the earliest he would be back.

The best news for #Texans coach Gary Kubiak, the source of optimism: TIAs often have no residual effects. Can recover quickly.

"Our primary concern is of course with Garyâs health and well-being. There have been so many people throughout the city and across the country that have reached out to express their love and support and we are thankful for everyoneâs thoughts and prayers. Gary is alert, coherent and in good spirits. He is continuing to be evaluated and monitored," said Texans Executive VP of Football Operations and General Manager Rick Smith in a statement.

As the Texans and Colts headed to the locker rooms when the first half ended Sunday night, Kubiak hunched over and dropped to his knees at the 24-yard line and was immediately surrounded by medical personnel. He was lifted off the field on a stretcher and taken by cart to the ambulance.

The Texans led the game at the time, 21-3, but ultimately lost to 27-24, extending their losing streak to six games and dropping their record to 2-6.

"We were all very worried," quarterback Case Keenum said. "When we went back out they told us he was . . . stable. We were all upset about that but trying to stay focused at the same time."

- The Associated Press contributed to this report

Rams Defense Dominates Brady On MNF
The clutch Brady of old was nowhere to be found Monday. Instead, Sean McVay's squad simply made the Bucs QB look old.
5 hours ago

Market Decline
Nothing seems to be trending in the right direction for Carson Wentz and the Philadelphia Eagles. Could a change be imminent?
9 hours ago

Sean Payton Is The NFL's QB Whisperer
Sean Payton has a body of evidence that suggests he knows exactly what he’s doing when it comes to the QB position.
10 hours ago

Commander in Chief
Mahomes and the Chiefs got their revenge Sunday, and proved that even a perfect game plan is not enough to stop them.
16 hours ago

Two-Horse Race
Geoff Schwartz says the Chiefs and Steelers have separated from the AFC pack, and he picks the horse to bet on in the NFC East.
17 hours ago
those were the latest stories
Want to see more?
View All Stories
Fox Sports™ and © 2020 Fox Media LLC and Fox Sports Interactive Media, LLC. All rights reserved. Use of this website (including any and all parts and components) constitutes your acceptance of these Terms of Use and Updated Privacy Policy. Advertising Choices. Do Not Sell my Personal Info