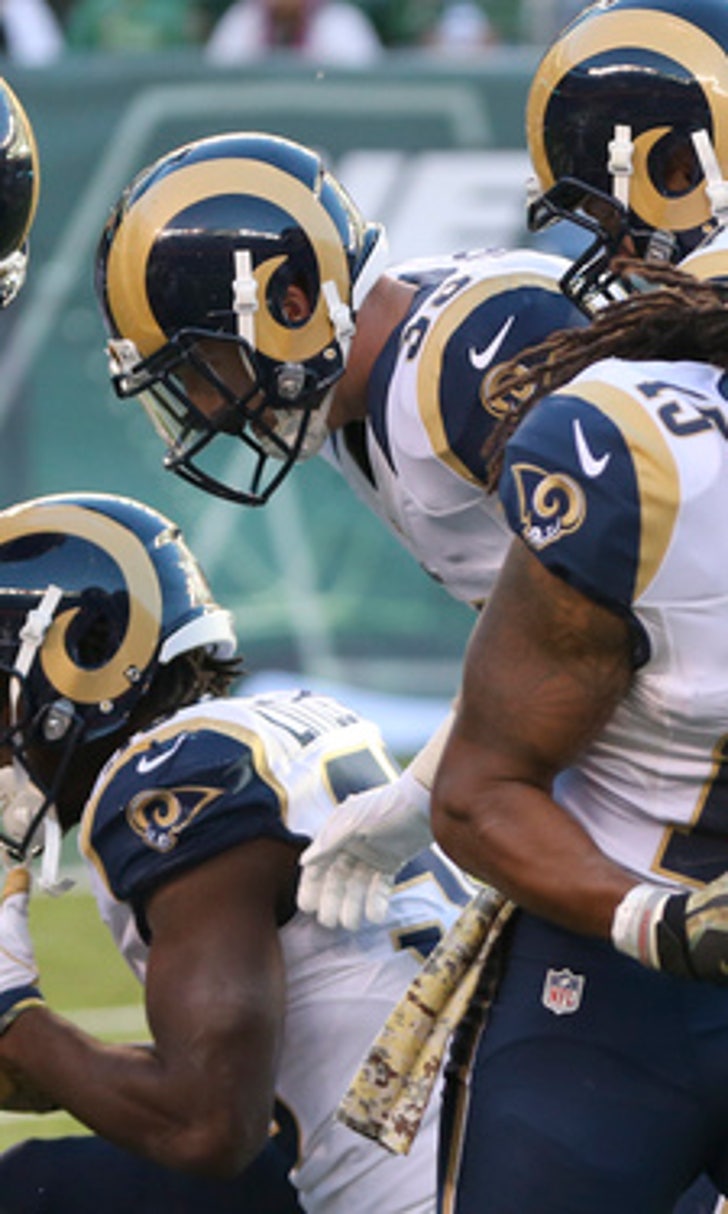 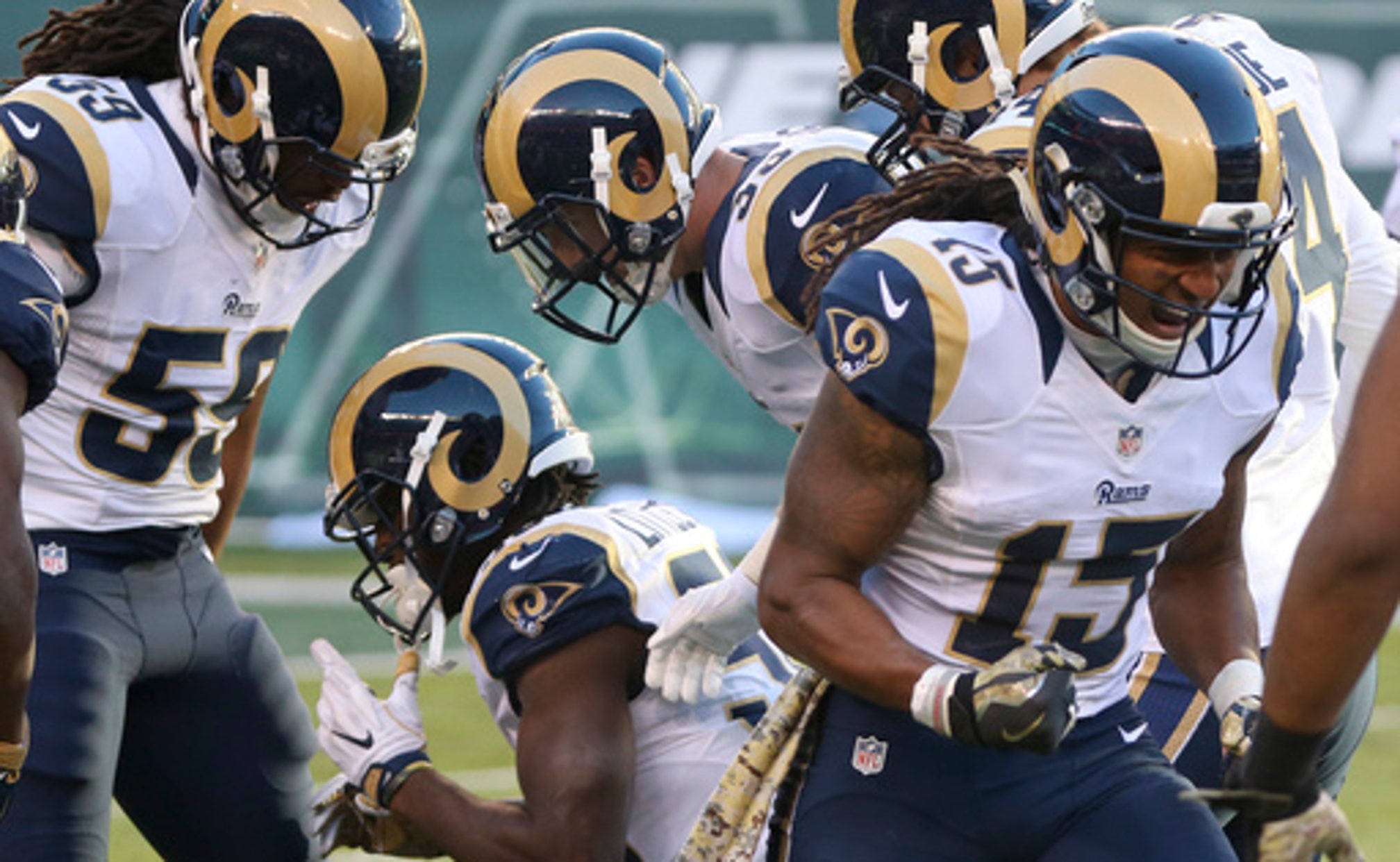 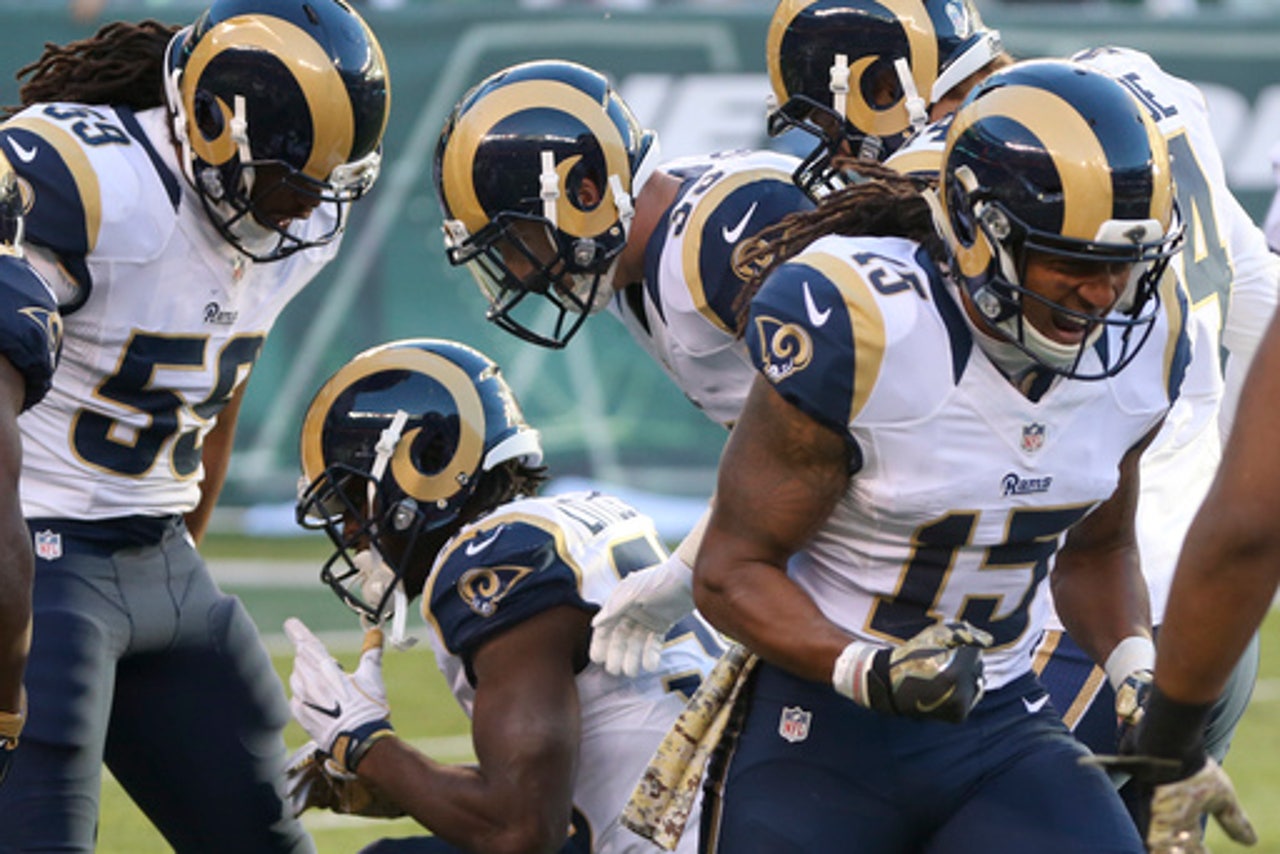 Petty made his first NFL start in place of an injured Ryan Fitzpatrick, but couldn't get much going against the Rams defense.

After getting the ball with 2:55 remaining and down by three, Petty tried to lead the Jets (3-7) down the field. But on second-and-7 from the 42, Petty's pass to Quincy Enunwa was picked off by Ogletree and Enunwa tried to wrestle it away from the linebacker to no avail.

The game featured 15 punts - eight by the Jets and seven by the Rams - as neither offense were the models of efficiency or excitement. New York finished with 296 yards of total offense, while the Rams had 280.

Petty, a fourth-round draft pick out of Baylor last year, went 19 of 32 for 163 yards with a touchdown and the loss-sealing interception.

Fitzpatrick was listed as questionable with a sprained left knee , suffered last weekend at Miami. Coach Todd Bowles said throughout the week that Fitzpatrick would remain the starter for Sunday's game - as long as he was healthy enough to play.

Fitzpatrick was active for the game and served as Petty's backup, while rookie Christian Hackenberg was inactive. Bowles would not commit to who his starter would be in the Jets' next game against New England in two weeks.

While Rams fans have been clamoring for No. 1 overall pick Jared Goff to play, Case Keenum went a ho-hum 17 of 30 for 165 yards, but had no turnovers after throwing eight interceptions in his previous four games.

Petty drove the Jets 99 yards on the Jets' second possession, finishing with his first NFL TD pass with a little razzle-dazzle on a toss to Brandon Marshall, who flipped it to Bilal Powell for a 4-yard score.

Nick Folk was wide left on the extra point, his second miss of the season, leaving New York with a 6-3 lead early in the second quarter.

The drive was helped by a perfectly placed 52-yard pass to Robby Anderson down the left sideline and a 28-yard run by Matt Forte that put the ball at the Rams 5. Forte finished with 98 yards on 20 carries.

Zuerlein gave the Rams a 3-0 lead on their opening drive with a 20-yard field goal, but Los Angeles could have had more. After a 25-yard catch by Kenny Britt and a 24-yard run by Benny Cunningham, the Rams had first-and-goal on the Jets 1 but couldn't punch it in.

Zuerlein tied it at 6 with 20 seconds left in the third quarter with a 38-yard field goal.

Petty misfired on a long pass on third-and-14 from the Rams 32 that could've been an easy touchdown in the closing minute of the first half, slightly overthrowing Anderson, who was wide open but had to reach high as the ball tipped off his hand.

Todd Gurley, last season's Offensive Rookie of Year, still has yet to run for 100 yards in a game this season after rushing for 125 or more five times last season. He finished with 64 yards on 21 carries. Gurley's longest run of the season, 21 yards in the fourth quarter, was wiped out by Greg Robinson's holding penalty.

With the Rams pinned at their 17 on fourth-and-1 early in the fourth quarter, Johnny Hekker blasted a 78-yard punt that had returner Jalin Marshall fielding as if he were catching a pass. After a 10-yard return by Marshall, the Jets had the ball at their 15 - and went three-and-out. It was the fourth-longest punt in franchise history.

Rams: vs. Miami next Sunday.

Bounce Back For The Pack?
After their embarrassing loss to the Bucs, Jason McIntyre's backing Aaron Rodgers & Co. this week. Here's why.
3 hours ago

MVP Watch: Wilson Bolsters Case
Just how good is Russell Wilson? Even in a bye week, the Seahawks quarterback strengthened his claim for the MVP award.
5 hours ago

Ice Cube Joins the Club
This week, 'Club Shay Shay' welcomed in the legendary Ice Cube to discuss his rise to stardom and social activism.
6 hours ago

A Perfect Storm
A backup quarterback. Costly turnovers. Defensive capitulation. Anything that could go wrong for the Cowboys on Monday, did.
7 hours ago

Quarterback Query
Sunday's demolition at the hands of the Pittsburgh Steelers has many questioning Baker Mayfield's fit in Cleveland.
8 hours ago
those were the latest stories
Want to see more?
View All Stories
Fox Sports™ and © 2020 Fox Media LLC and Fox Sports Interactive Media, LLC. All rights reserved. Use of this website (including any and all parts and components) constitutes your acceptance of these Terms of Use and Updated Privacy Policy. Advertising Choices. Do Not Sell my Personal Info