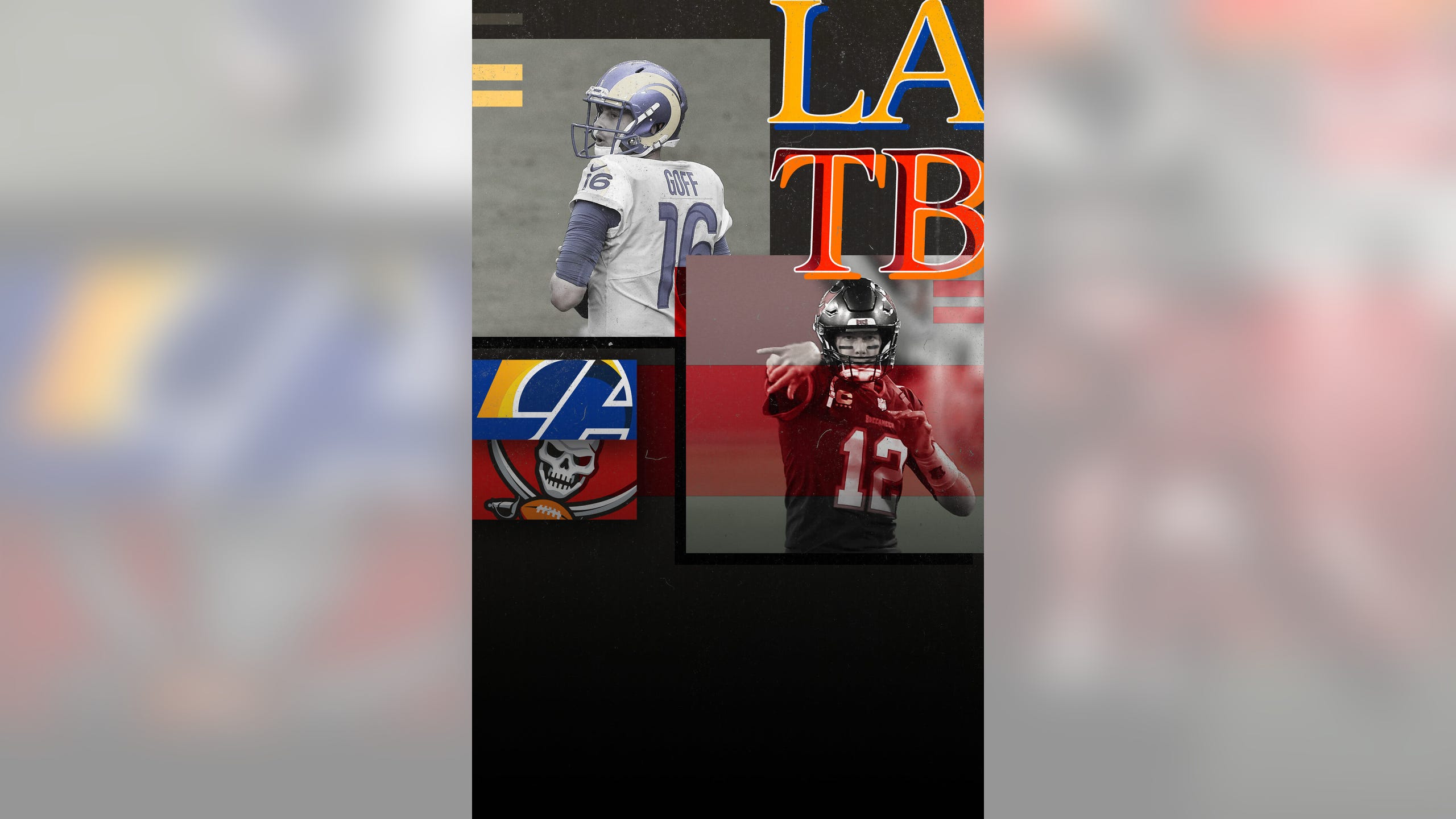 By the end of the night, the Los Angeles Rams proved they are a little bit ahead of the Tampa Bay Buccaneers with a 27-24 win.

1. It all comes out in the wash

The Buccaneers entered Monday night fifth in the NFL in scoring (29.6 points) and ninth in passing yards (264.6).

The Rams defense made sure that the Buccaneers fell short of both those marks on Monday ... and made Tom Brady look every bit of his 43 years of age.

The Rams kept the Buccaneers offense in neutral after halftime, holding them to 10 points while recording two interceptions of Brady, including one on the Bucs' final possession when Brady lofted an absolute duck into the waiting arms of a defender.

For Brady, his interceptions continued the trend of him being careless with the ball this season.

Rather than securing the W, Brady's struggles have some busting out a different word that starts with that same letter ...

The Rams defense has spent the entire season making offenses look pedestrian, and it is a big part of why they are currently in first place in the tough NFC West.

2. Kupp and Woods put on a show

In the second half, the Rams offense did just enough to win the game, holding on to secure a victory.

With a running game that only produced 37 yards rushing, the game was in the hands of quarterback Jared Goff. And he in turn put the ball in the hands of his two star wide receivers: Robert Woods and Cooper Kupp.

The two combined for 23 catches and 275 yards, getting open at will and giving the Buccaneers secondary all they could handle.

Kupp, in particular, dominated in the first half, making his presence felt early and often.

3. History is made before a single snap

While the matchup between the Buccaneers and the Rams lived up to the hype, the game was arguably more meangingful than even the final outcome.

For the first time in NFL history, an all-Black officiating crew called an NFL game on Monday night.

This was a long time coming, from 1965 when Burl Toler was the NFL's first black official, to the history that was made Monday.

In a year where racial injustice has been at the forefront of the conversation in the United States, the NFL showed there is still progress being made in the right direction toward equality.