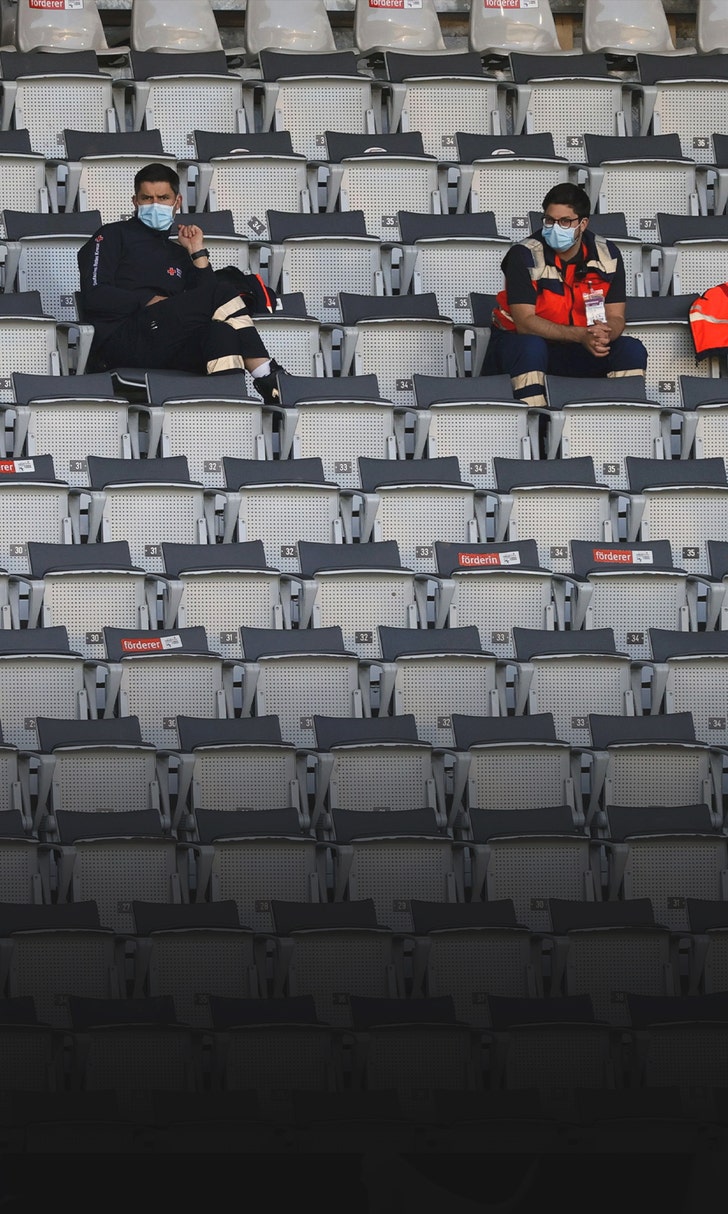 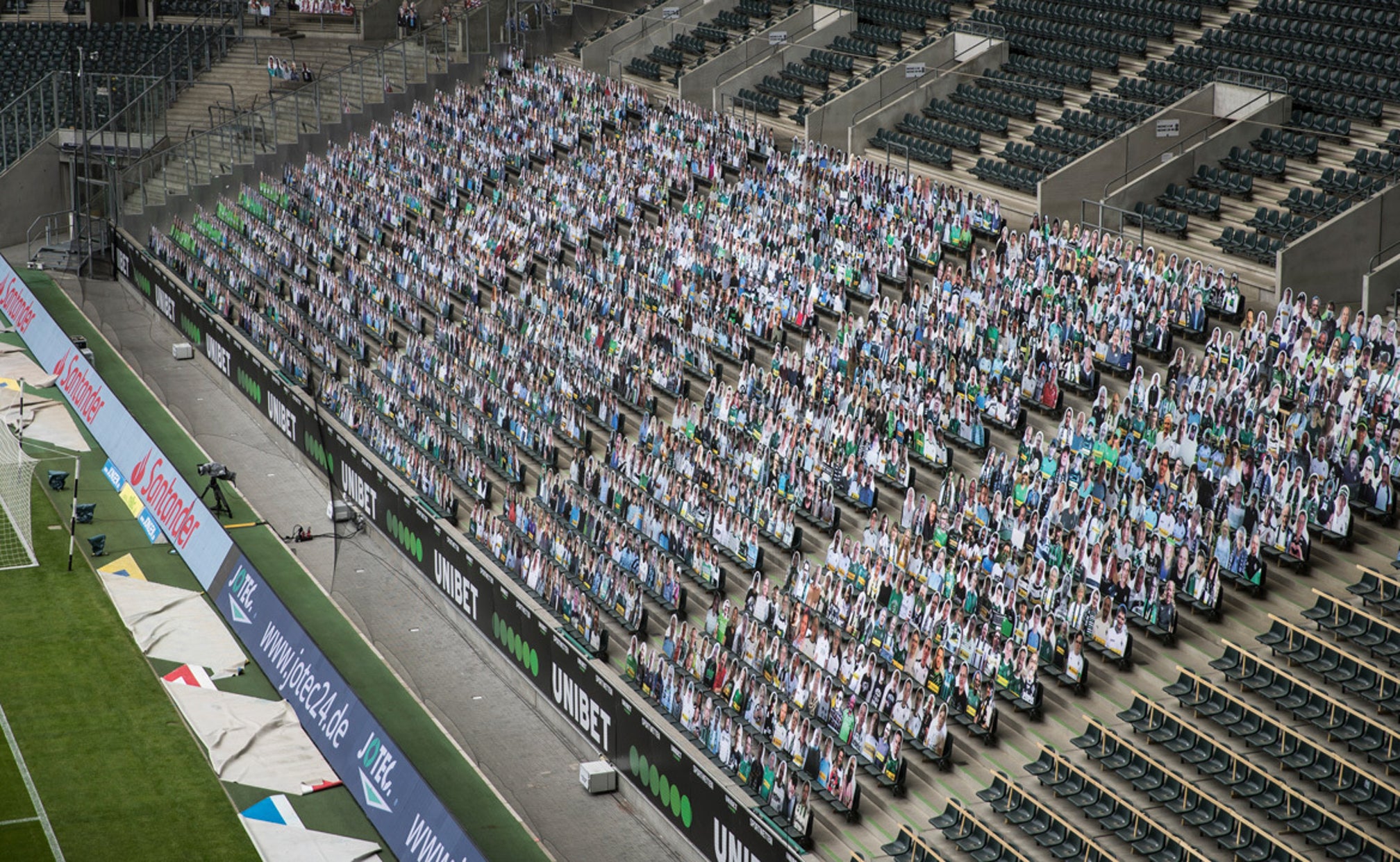 Two months ago, the answer to the question of who wins when there are no fans in the stands, would be this: No one.

“What is the word 'sport' without 'fan'?” LeBron James asked at the end of March, on the podcast of former teammates Richard Jefferson and Channing Frye. “There's no excitement. There's no crying. There's no joy. There's no back-and-forth.”

After a sporting layoff of unrivaled precedent, things have shifted. The answer to the question at the top is now … everyone.

Sports fans have been starved enough that they will take what they can get. If that means games are taking place, in a meaningful format, between elite competitors and with real trophies on the line, the supporter lockout is something most can live with.

And so, with a new reality upon us, at least temporarily, it is time to look a little deeper behind it. Does that reality make a definitive difference to some teams more than others?

It was always hard to quantify how big of a factor home field (or court, or ice) advantage was. Were teams which boasted stellar home records benefitting because the configuration of their arena made sightlines difficult for visitors? Or because their part of the country featured extreme weather conditions? Or was it the intense atmosphere provided by raucous and rabid supporters enough to give incoming teams the jitters and possibly unwittingly influence the minds of officials on borderline calls?

Maybe having it taken away will give us more of an insight.

In a 2018 study conducted by a group of statisticians and theorists including Michael Lopez, who now works for the NFL, the rate at which teams across sports benefit from home games differed wildly.

The biggest beneficiaries, by far, were Denver-based franchises, a factor largely attributed to the altitude in Colorado. When the probability of beating an equal caliber opponent at home was measured, the Nuggets fared best among NBA teams, the Broncos best in the NFL, the Colorado Rockies best in Major League Baseball and the Avalanche seventh among NHL teams.

Home help was strongest in pro basketball, with even the NBA’s smallest projected advantage — the Brooklyn Nets at 60 percent win likelihood — greater than that of the NFL’s Broncos at approximately 59 percent. In turn, each NFL team had more of an edge than even the most-benefitting NHL team, the Calgary Flames. Baseball offered the least advantage, with the Rockies getting more of a home boost than only three NHL teams.

“It is substantially more beneficial to play at home in the NBA, and to a lesser extent the NFL, than it is in MLB and the NHL,” Lopez wrote. “This isn’t surprising, and confirms what several authors before us have found. What was most intriguing, however, is if and how teams within each league varied.”

Lopez claimed that the Nuggets and the Utah Jazz gained an extra 2.5 wins per year over the Nets, simply because of location.

In truth, it is a little hard to know what to make of it all, except this. The biggest takeaway is that fans do have a genuine impact on games. Their voice matters. We will never know in what measure each of the factors, like hot and cold and the playing surface, contribute — but those yells and screams and waving flags do make a difference.

And now, it will be fascinating to see how things play out in the two sports that have already dedicated themselves to completing the current campaign at neutral sites.

The NFL is still working on the assumption that games will go ahead in home stadiums and with fans in attendance, being able to adopt that approach given that the season does not start until September.

For basketball and hockey, things were more emergent. If some kind of solution was not found, it would have been difficult for their respective seasons to get completed at all.

Therefore, the NHL has — subject to medical clearance — opted for a two-city system involving 24 teams, while the NBA appears to be moving closer to a base for all playoff teams at Walt Disney World in Florida.

That means no home advantage. No booming noise, just players and coaches. But also action, much-missed and blessedly welcome action, after all this time without it.

Of the presumptive NBA playoff teams, the Nuggets, Jazz and the Portland Trail Blazers (depending on the size of the playoff field), may miss out the most. The Philadelphia 76ers, Boston Celtics and Miami Heat may be the least disadvantaged, given that their home swings are among the smallest in the league.

Some teams will be better off. Some will be worse. In truth, however, whatever the stats say, the advantage is everyone’s.

A return to sports is not the most important development amid these tortured times, but my goodness it is an uplifting one. When home court is taken away, perhaps we will see that the fans are still a part of it, even when they’re not physically there.