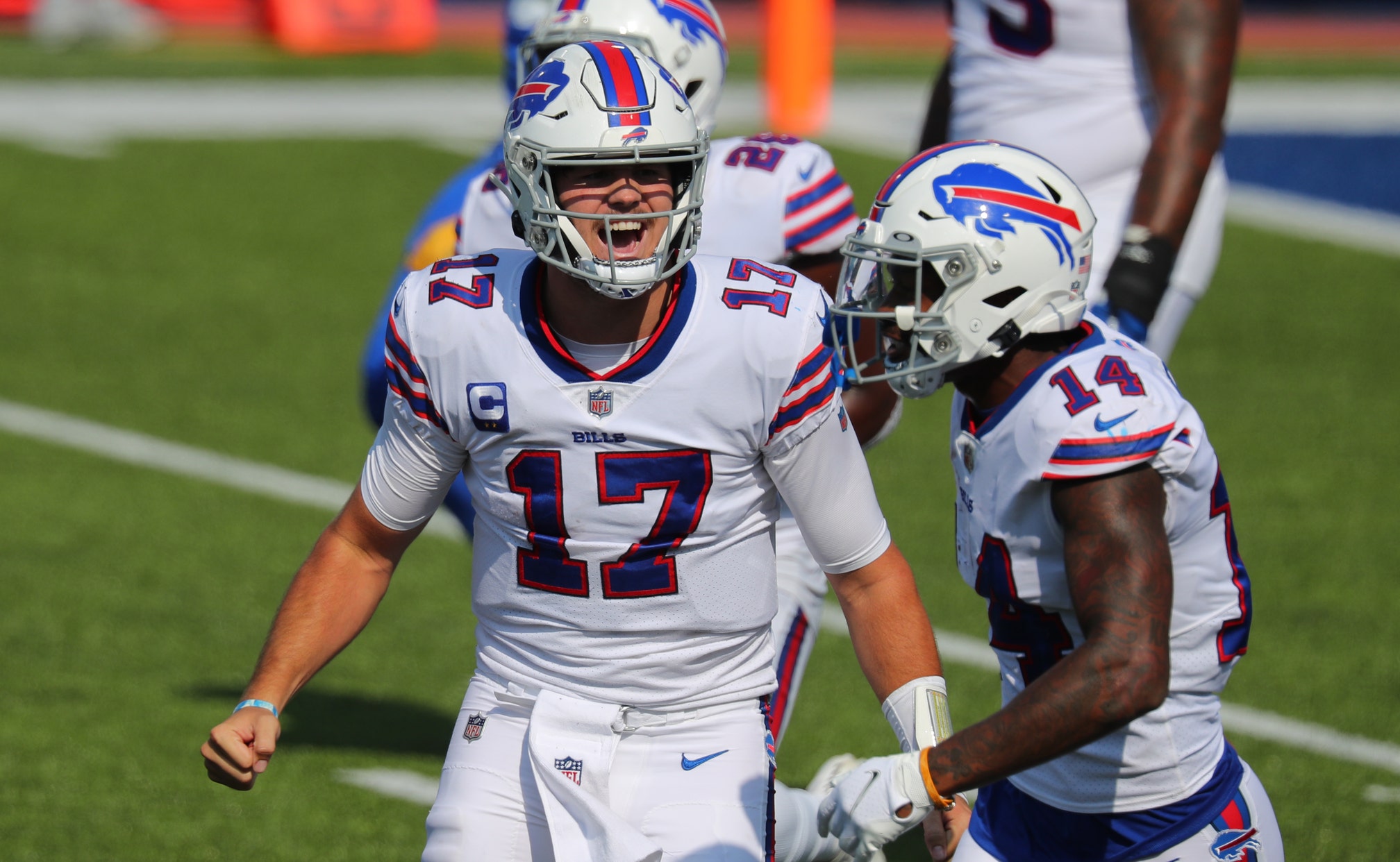 It's the best day of the week: NFL Sunday!

Here are the top moments from across the league from a busy Week 3 slate, which saw a number of the early games come right down to the wire, starting with Rams-Bills.

The Buffalo Bills led the Los Angeles Rams 28-3 – and as Falcons fans will tell you, that's about the worst place you can be.

This massive Aaron Donald sack paved the way for the Rams to take the lead in the fourth quarter ...

... as he followed up the 20-yard loss with a game-changing strip sack and recovery.

But the Bills drove 75 yards down the field on the final possession as Allen gave Buffalo a thrilling 35-32 win.

A changing of the guard

Your mileage may vary on whether this is a "top play," but Nick Foles took the field for the Bears in the second half after a rough, rough start for Mitch Trubisky.

And the move certainly paid off for Chicago, as Foles led the Bears to a stunning comeback against the Falcons.

Pete Carroll can't be happy after this mental blunder from star receiver DK Metcalf, which took points off the board for Seattle and resulted in a touchback late in the first quarter, giving the ball back to Dallas.

Kyler with the quick feet

If there was an elusiveness rating on Madden, Kyler would post the top score.

Rookie CB Jeff Okudah was not going down without a fight.

After letting Kyler through for the score, he came back with a vengeance.

Kyle Rudolph takes things into his own hand

That's hand, singular, as the Vikings tight end pulled off an astonishing clutch catch in the back of the end zone.

No D for Dallas

When you're this wide open, coming away with the touchdown must feel like a walk in the park.

Joe Burrow's having fun out there

Cincinnati's offensive line has struggled so far this season, but Burrow was able to evade defenders with some fancy footwork as he looked like anything but a rookie against the Eagles.

With a slightly stronger throw, this might have been a touchdown for Baker Mayfield and the Browns.

Instead, Odell Beckham did his best cornerback impression, then hit them with the Dikembe Mutombo taunt for good measure.

A big-time milestone for Philip Rivers

Scoring a touchdown is pretty cool. Riding on top of your opponents over the goal line, crowdsurfing-style, is even cooler.

Do a little dance; score a little tuddy

Come for former LSU standout Justin Jefferson's first NFL score. Stay for his smooth dance moves before he even crossed the goal line.

Compliments to The Chef

This Dalvin Cook touchdown run through the line was oustanding on its own:

But when you add in a little bit of analytics, it gets even better.

What better way to start your football day than with an absolute bomb from Matt Ryan to Calvin Ridley?

Digging what the Bills were doing

Fun fact: This was actually Stefon Diggs' third touchdown catch of they day, but the first that counted, thanks to a couple of penalties.

It was Josh Allen's third TD pass of the day (really), though, as he was cooking early vs. the Rams. He finished with 4 passing TDs, 5 total, and the W.

Nick Mullens is starting for the 49ers in place of the injured Jimmy Garoppolo, and he experienced a rude introduction to Giants LB Blake Martinez, who absolutely obliterated Mullens as he came through unblocked.

Texans QB Deshaun Watson has had a solid if unspectacular start to his season, throwing 2 TDs and 2 picks in Houston's two losses.

In Week 3, he finally found a wide receiver for a score as the Texans took an early lead on the Steelers.