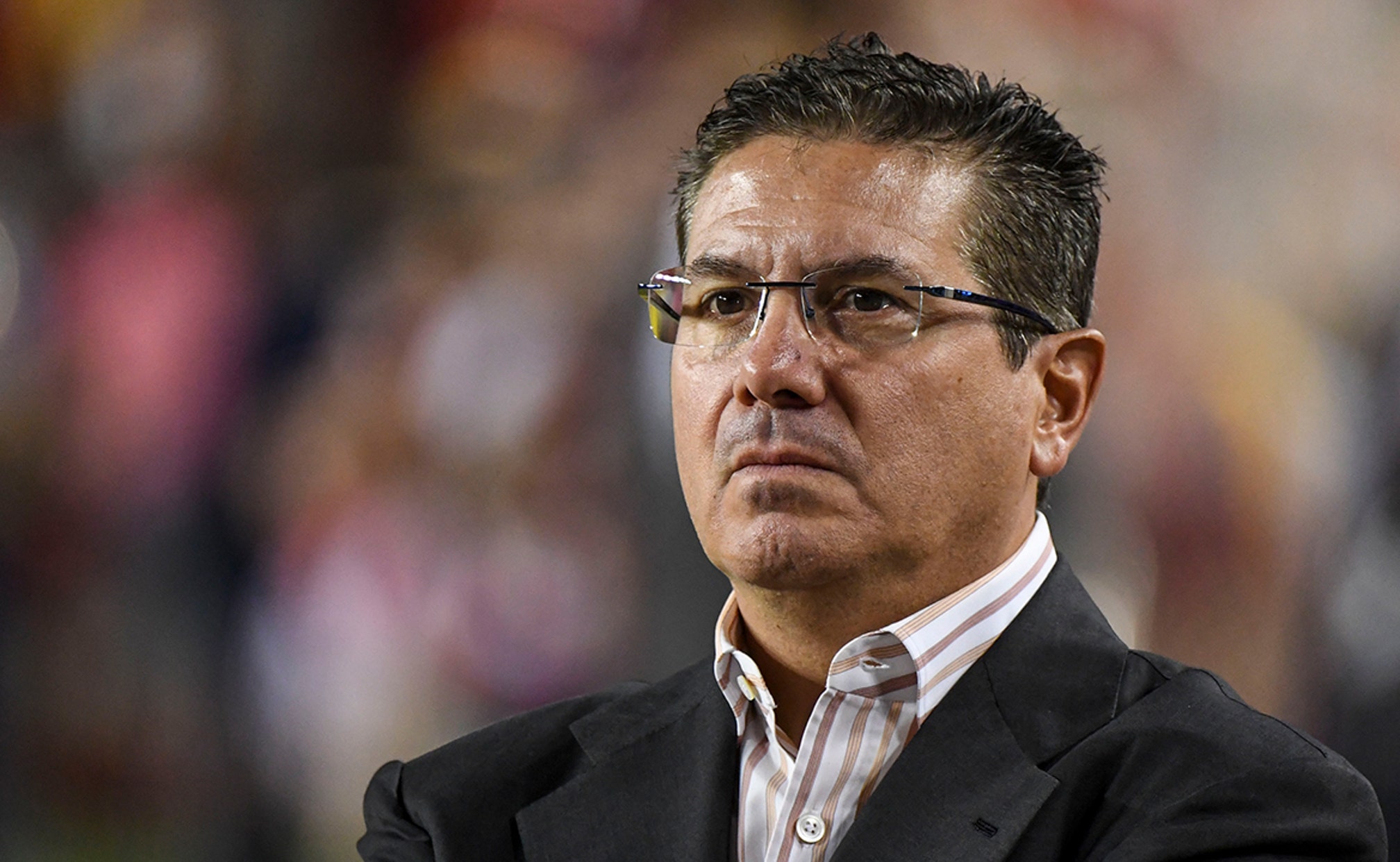 After the Washington Post released a story Thursday that gave a reported, in-depth look at an alleged culture of sexual harassment within the Washington NFL franchise, the league and team owner Daniel Snyder released statements addressing the allegations.

The first came from the NFL early Friday morning, stating in part, "The club has pledged that it will give its full cooperation to the investigator and we expect the club and all employees to do so."

Hours after the NFL issued its comments, Snyder released his own statement:

"The behavior described in yesterday's Washington Post article has no place in our franchise or society.

"This story has strengthened my commitment to setting a new culture and standard for our team, a process that began with the hiring of Coach Rivera earlier this year."

Later Friday evening, Snyder and wife Tanya sent an email to the entire organization, apologizing to those affected by the contents of Thursday's story.

"The actions in this story have no place in our franchise or in society."

Thursday's report had been anticipated for days before it was released. In it, 15 women that previously worked for Snyder's franchise spoke of a culture of misconduct that included sexual harassment and verbal abuse by scouts and others who worked closely with Snyder.

Snyder himself was not accused of sexual misconduct or verbal abuse.

As of this week, the Washington franchise has hired outside counsel to investigate the matter.

Of the 15 women that spoke to the Washington Post, only one, Emily Applegate spoke on the record. She explained how she and a female co-worker would meet in the restroom daily and "cry about the frequent sexual harassment and verbal abuse they endured."

Among other allegations, Applegate said that Gershman called her "f-cking stupid" and asked her to wear a tight dress during a client meeting “so the men in the room have something to look at.”

According to the report, women were also asked to wear "revealing clothing and flirt" in order to help complete sales deals.

“It was the most miserable experience of my life ... And we all tolerated it because we knew if we complained — and they reminded us of this — there were 1,000 people out there who would take our job in a heartbeat.”

Female employees also discussed inappropriate jokes, touching and hugs in and around the Washington work environment.

Kimberly A. Martin is an NFL reporter for ESPN, and on Friday, she responded to the Washington Post report, saying there is a rampant lack of support for female journalists across the sports landscape.

"I'll speak as a journalist: I feel like that's our story. When you're a woman journalist ... in a male-dominated industry, you understand that sometimes people aren't gonna have your back. Sometimes, you don't know where to go ... There are inappropriate things that are said to you and you brush it off."

USA Today columnist Christine Brennan weighed in on the allegations on Friday morning, sharing her experiences reporting on the team in the 1980s.

"I did have to navigate some difficult moments. Back then, the owner of the team, Jack Kent Cooke, would sometimes pat me on the head (not an easy thing to do when I, at 5-11, was several inches taller than he was), and talk about my clothes and hair. I smiled and tried to ignore it, which is what women did back then, while charging ahead with a few questions. Cooke laughed and answered half of them."

Also on Friday, The Athletic's Rhiannon Walker – who spent time covering the Washington NFL franchise last season and was mentioned by name in the Washington Post story – shared her experiences dealing with Santos in 2019.