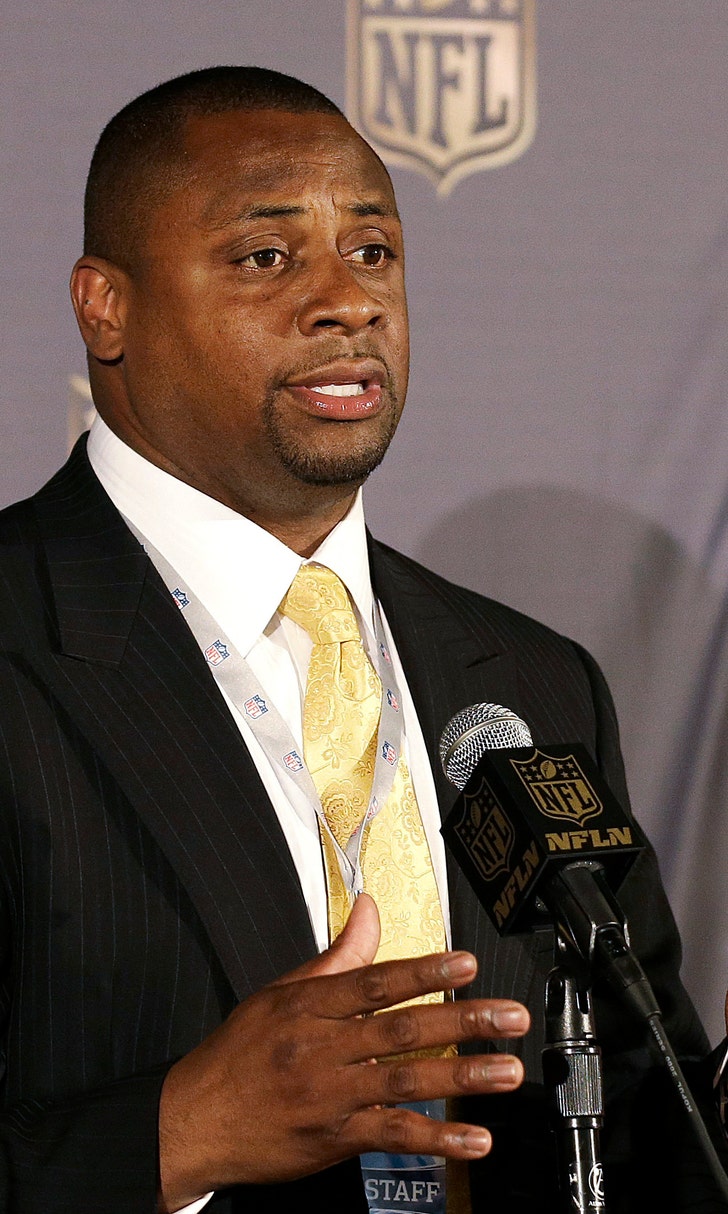 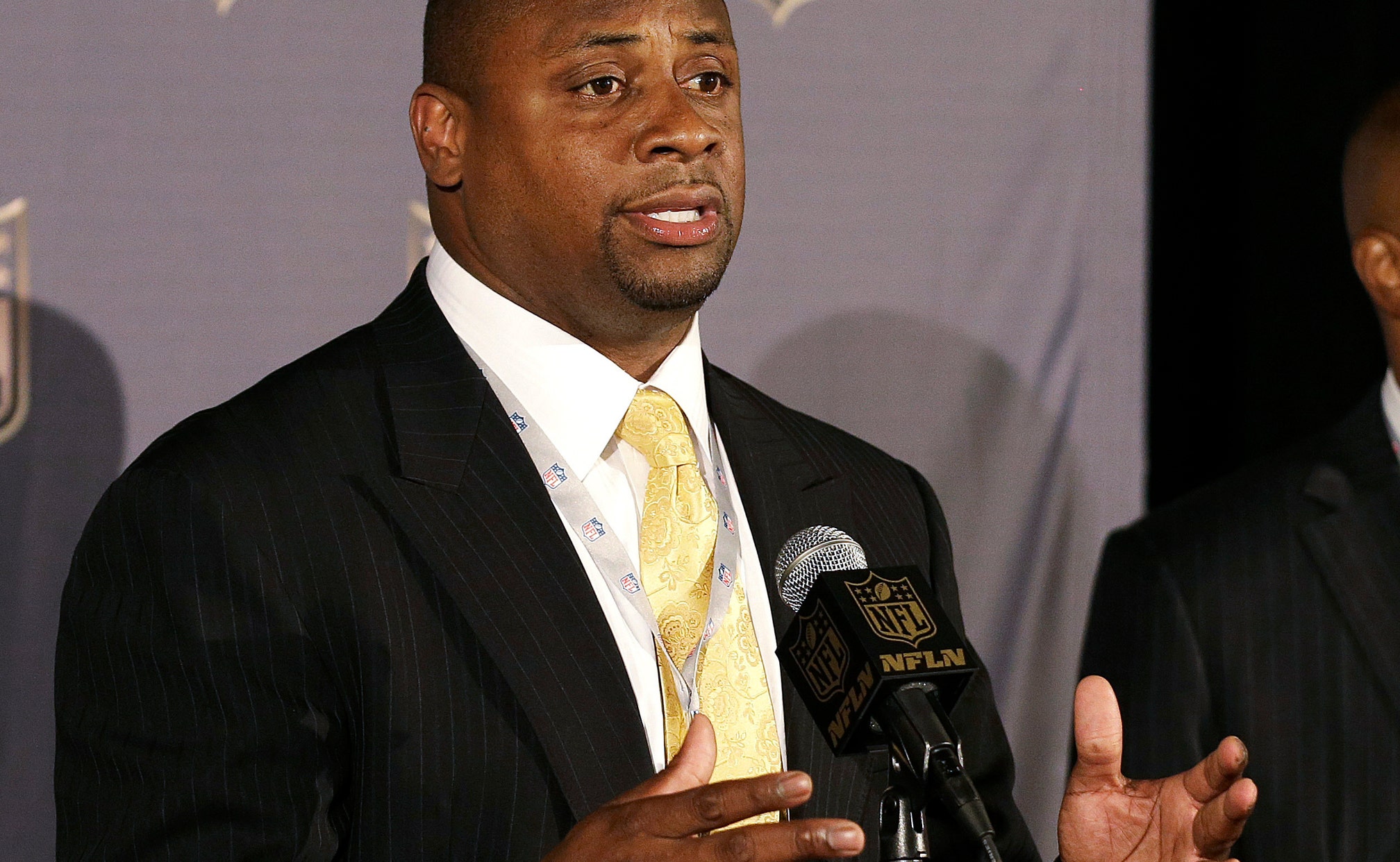 ATLANTA (AP) — Sammy Baugh, Otto Graham and Joe Montana were the first names that came up during a random online search for "NFL legends." Jim Brown and Lawrence Taylor popped up following a quick scroll down the page.

For Troy Vincent, the league's executive vice president of football operations and a five-time Pro Bowl cornerback from 1999-2003, every player who ever put on a uniform is a legend.

"If you made it to this level, you are not just a former player, you are a legend in your own right and we want to celebrate and honor your contribution to the game," Vincent told The Associated Press.

Vincent was instrumental in launching an initiative four years ago to help former players stay connected with their teams and to offer them assistance in many areas from making sure they get health checks to life after football.

The NFL Legends Community now has a community director for each team, giving 20,000 former players a direct link to get involved and utilize the various offerings.

"The vision was to maximize former players and their potential and engage through a peer-to-peer model and celebrate each legend's contribution to the game," Vincent said. "As athletes, we are quick to discount someone who hasn't walked in our shoes so the peer-to-peer model was significant in connecting former teammates to resources they have earned that are available to them and their family."

The NFL Legends Community invites players to several events during Super Bowl week, including a dinner where the conversation highlights all the resources and benefits available to them.

A hotel ballroom was transformed into a spectacular NFL Legends Lounge where players can stop in over a three-day period to eat, drink, relax and socialize. They can even get manicures and pedicures or haircuts. Wives and significant others are not only welcome but encouraged because often they know if their husband may be having any health issues that need to be addressed.

"Sometimes, as players, we've been trained to overcome difficulty and conditioned to power through any issues in our career," said Scott Turner, a director in the central north region. "But when there is a real issue, we have to decondition ourselves and be vulnerable and say, 'hey there's something wrong.'"

Transitioning to life after football can be difficult for many former players. NFL Player Engagement offers several programs to prepare guys for a future in the media. There's a Broadcast Boot Camp/Advanced Broadcast Boot Camp, Speakers Bureau, and Sports Media/Sports Journalism and Radio Boot Camp.

"Some guys, when they first leave they want to do their own thing or they can't find something that brings them the same high and they are navigating life and they don't what to do," said Warrick Dunn, a three-time Pro Bowl running back and a coordinator in the southeast region. "Sometimes it takes individuals who played with them that they can trust to really help pull them out of that."

Service is the foundation for the community.

"It's having the right men who don't pass judgment and approach every situation with Godly love," Vincent said. "When you love the men unconditionally, you can serve them."

Pennington called it a "ministry."

"Our intention was to come in and serve," Wheeler said. "We are the boots on the ground doing the grunt work to help guys connect, help guys feel celebrated for what they have done. We come from a place of showing them how instead of just talking about. We start off getting to know who they are. We want to hear their story and then piece it together on what we're doing for them. The best way to serve is to hear someone's story and listen to their heart."

One More Matchup For The Ages
Tom Brady and Drew Brees have faced countless big occasions before, yet Sunday’s showdown between the Bucs and Saints feels different.
4 hours ago

What Is Rams vs. Packers? An Elite Clash
He'll soon fill in for Alex Trebek (no, really). First, Aaron Rodgers and the Packers must face down the NFL's top defense.
10 hours ago

How To Win $250,000 On Rams-Packers
Will the Rams be able to slow down the Pack? If you make the right choices, you could win big in the Super 6 contest.
10 hours ago

A Problem in Houston
Deshaun Watson is not happy with the Texans, and his days might be numbered in Houston. How did we get to this point?
10 hours ago
those were the latest stories
Want to see more?
View All Stories
Fox Sports™ and © 2021 Fox Media LLC and Fox Sports Interactive Media, LLC. All rights reserved. Use of this website (including any and all parts and components) constitutes your acceptance of these Terms of Use and Updated Privacy Policy. Advertising Choices. Do Not Sell my Personal Info