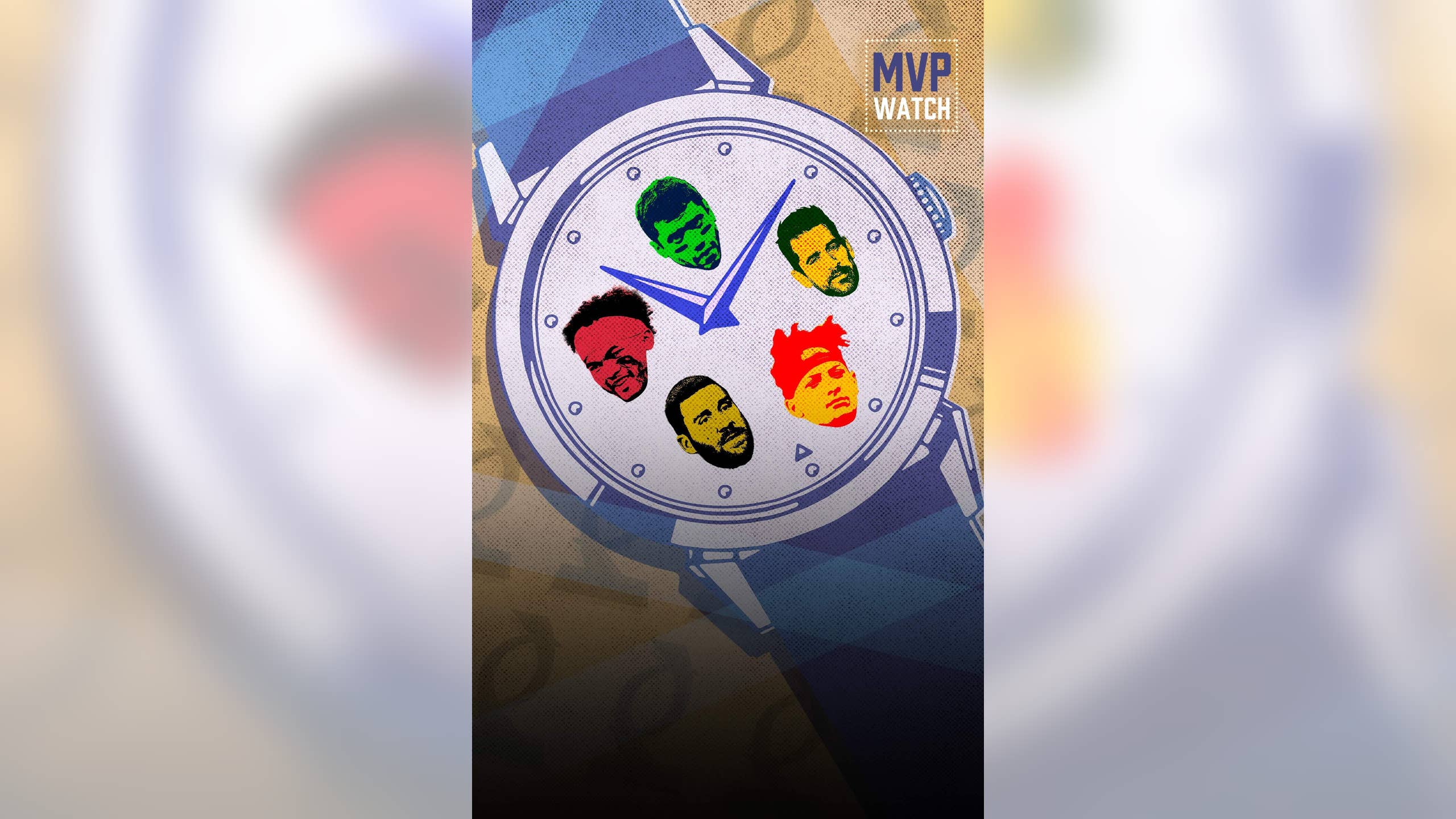 Although Week 12 isn't yet officially in the books, there's been some jostling for position among the top 5 MVP candidates.

Even with Steelers vs. Ravens yet to be played, Aaron Rodgers has crept up to the No. 2 spot, pushing Russell Wilson to third, while Big Ben sits in fourth as Kyler Murray's star begins to fade a bit.

And at the top, Patrick Mahomes keeps improving his odds. Kansas City's QB went from -125 to -400 over the course of the week. 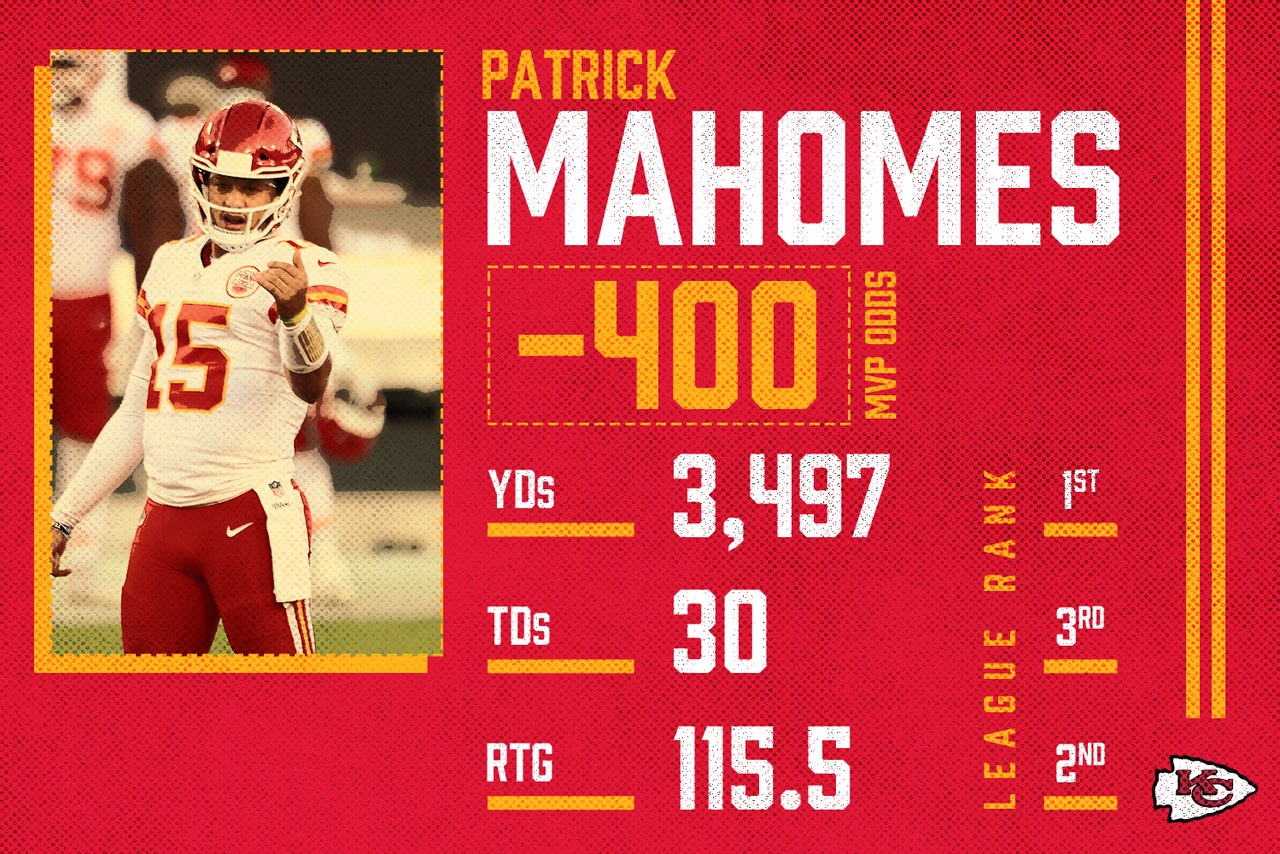 How it's going: A whopping 30 touchdowns and just two interceptions on the season for Mahomes so far. He and Tyreek Hill carved Tampa Bay's defense to shreds last Sunday, as Kansas City's QB racked up a season-high 462 yards on 75.5 percent passing vs. Tom Brady's team. In the first half alone, Mahomes had 359 passing yards! He is in a world of his own right now.

What's up next: The reeling Broncos face Mahomes & Co. on Sunday night. The Broncos average a respectable 210 passing yards allowed per game this season and held Mahomes to his season low (200) back in Week 7. However, the Chiefs rolled the Broncos 43-16 in that game, with Mahomes taking a seat after throwing his only TD of the contest early in the fourth quarter.

What people are saying: "This is the Mona Lisa, this is the Sistine Chapel, the 8 Wonders of the World. This is it, you watched it. I defy anybody that can objectively say there's a quarterback currently playing in the NFL that is better than Patrick Mahomes." ⁠— Shannon Sharpe 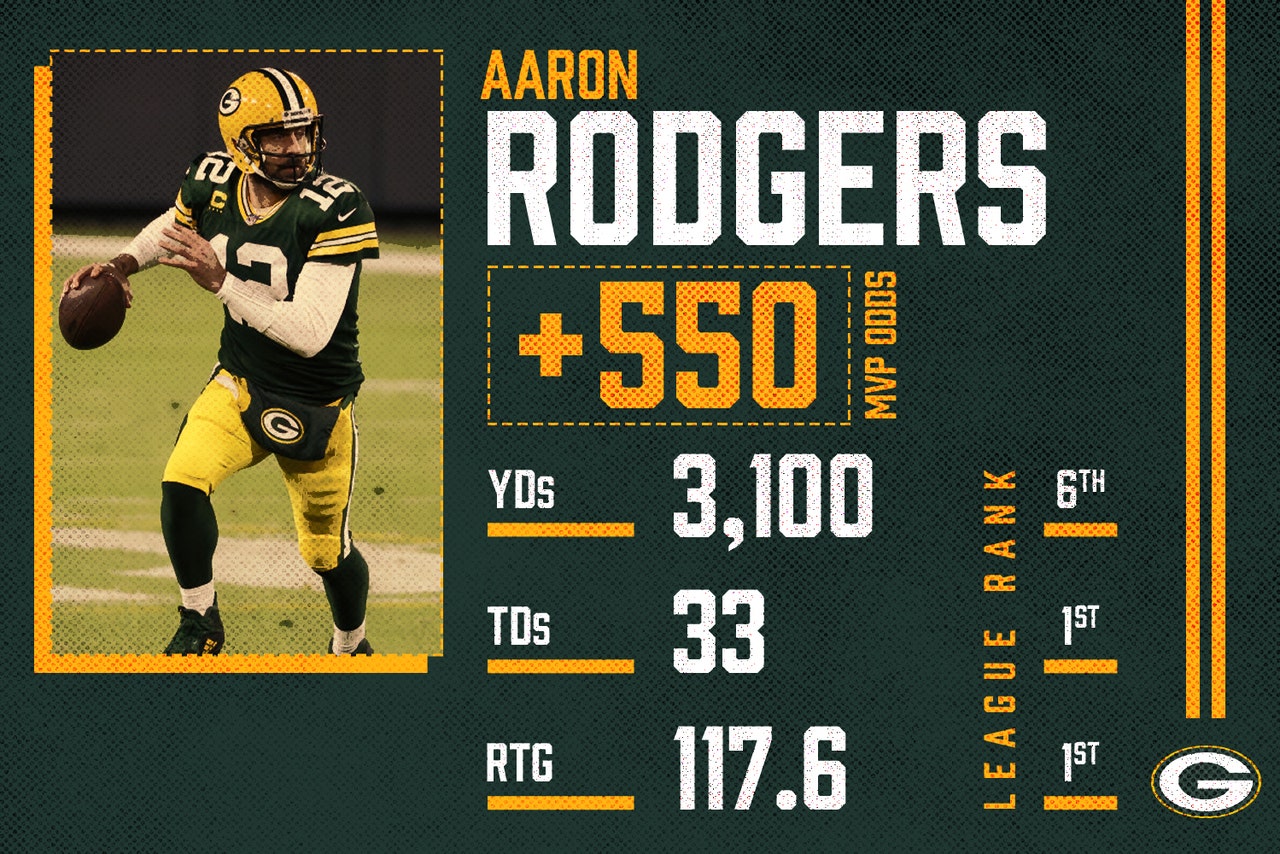 How it's going: Rodgers gashed the Chicago Bears under the bright lights of Sunday Night Football for four touchdowns, 211 yards and no turnovers. He has 33 TD passes in 11 games this season, putting him on pace to break his personal best of 45 touchdowns set in 2011. And his partnership with Davante Adams continues to be extremely fruitful.

What's up next: The 3-7-1 Eagles roll into Lambeau to take on the Packers in Week 13. In five career regular season matchups vs. Philadelphia, Rodgers had thrown nine TDs and three picks. In his most recent start, Week 4 of last season, Rodgers threw for over 400 yards, but the Pack fell 34-27 to the Birds.

What people are saying: "This is as good as I've ever seen anybody play. ... In my eyes, he's an MVP player, no doubt about it. And I wouldn't want any other quarterback on our football team." ⁠— Packers head coach Matt LaFleur 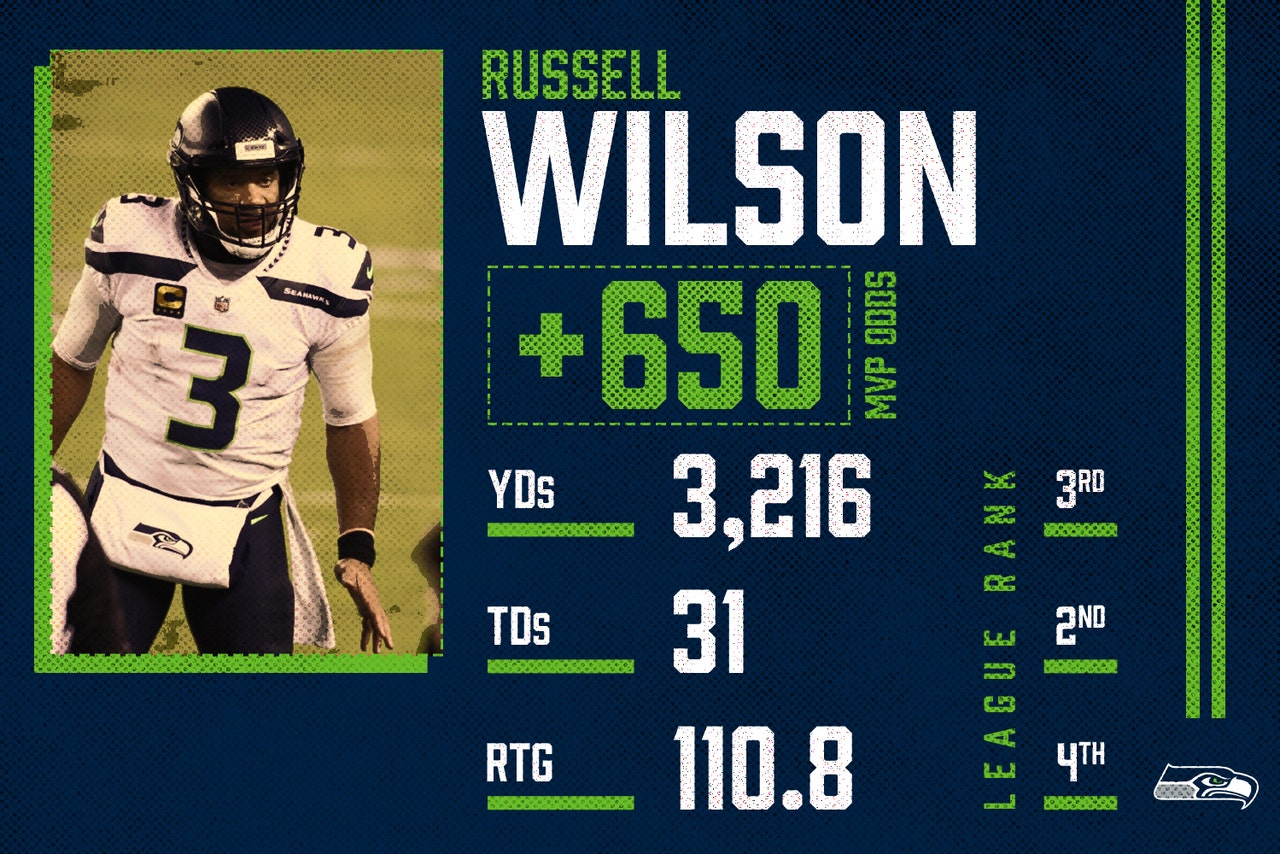 How it's going: Wilson didn't have a banner game against the Eagles on Monday Night Football, but he didn't really need to. A late Hail Mary made the 23-17 final score look closer than it really was, as Philadelphia's ramshackle offense remained on life support. Wilson made sure not to give the Eagles a spark, though, with 230 passing yards, a touchdown and zero giveaways.

What's up next: The Seahawks carry on with another NFC East foe for Week 13, as the New York Giants come to visit. Wilson's played against the G-Men three times in his career and has yet to taste defeat despite some shaky overall numbers. He's thrown four TD passes in their three meetings, along with three interceptions.

What people are saying: "At this point in the season, we know the Seahawks have a good chance of winning a shootout with Wilson cooking, but over these last two games we've arrived at the realization that winning a different way is possible, too." ⁠— Grant Gordon, NFL.com 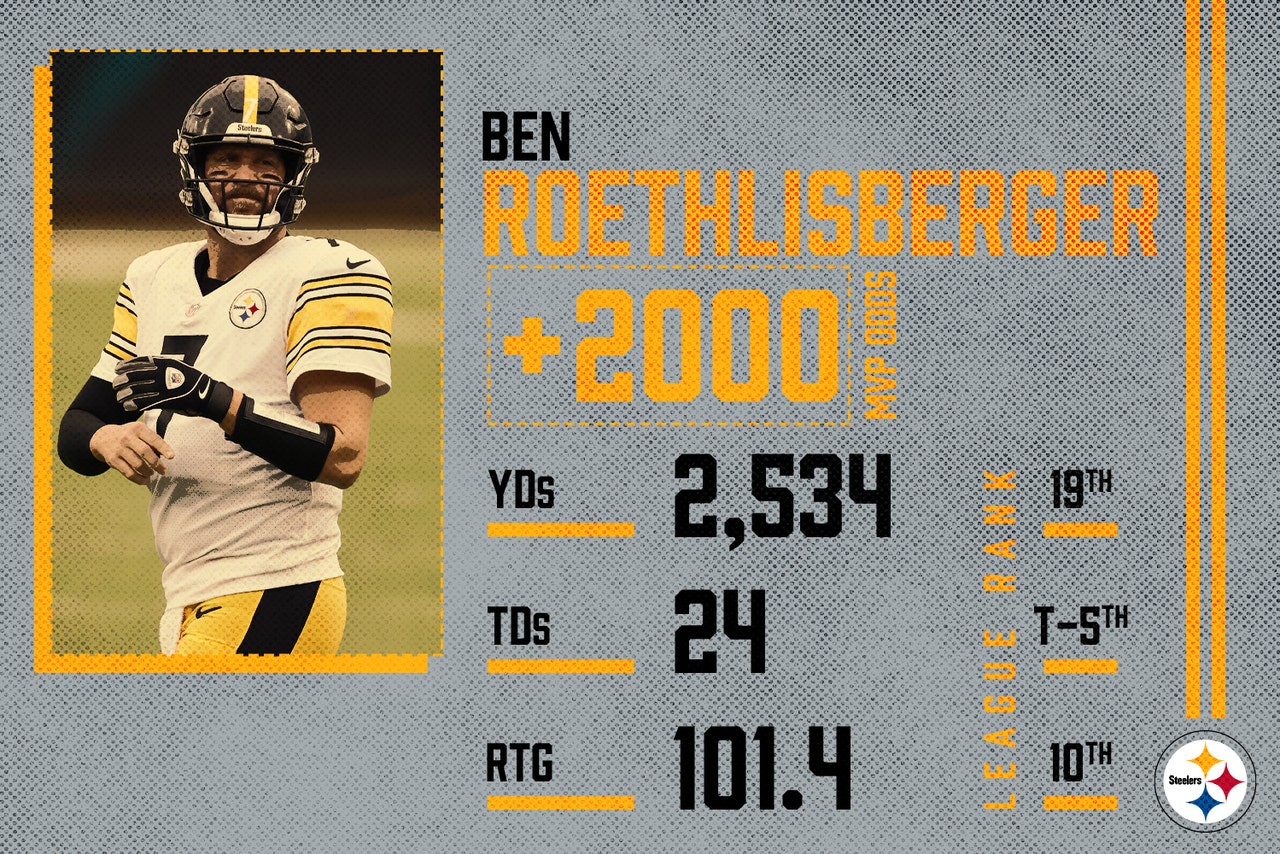 How it's going: The Steelers are still undefeated, but the season hasn't been trouble-free. They had their Week 4 game against the Titans shifted due to a COVID-19 outbreak in the Titans organization, and now they're facing more uncertainty as the Ravens cope with the virus. That said, Big Ben's been terrific in 2020, averaging his highest passer rating (101.4) since he posted a 103.3 mark in 2014.

What's up next: Hopefully a clash with the Ravens, although that game has been postponed for a third time. Originally scheduled for Thanksgiving Day, the matchup was moved to Monday, then Tuesday and now Wednesday. That said, these teams last faced off in Baltimore in Week 8, where Big Ben threw two TDs in a 28-24 win.

What people are saying: "I have covered him his entire year and he’s playing better now than he ever has even though his adjusted air yards and long plays might not support that. It’s a silly narrative." ⁠— Mark Kaboly, The Athletic (subscription required) 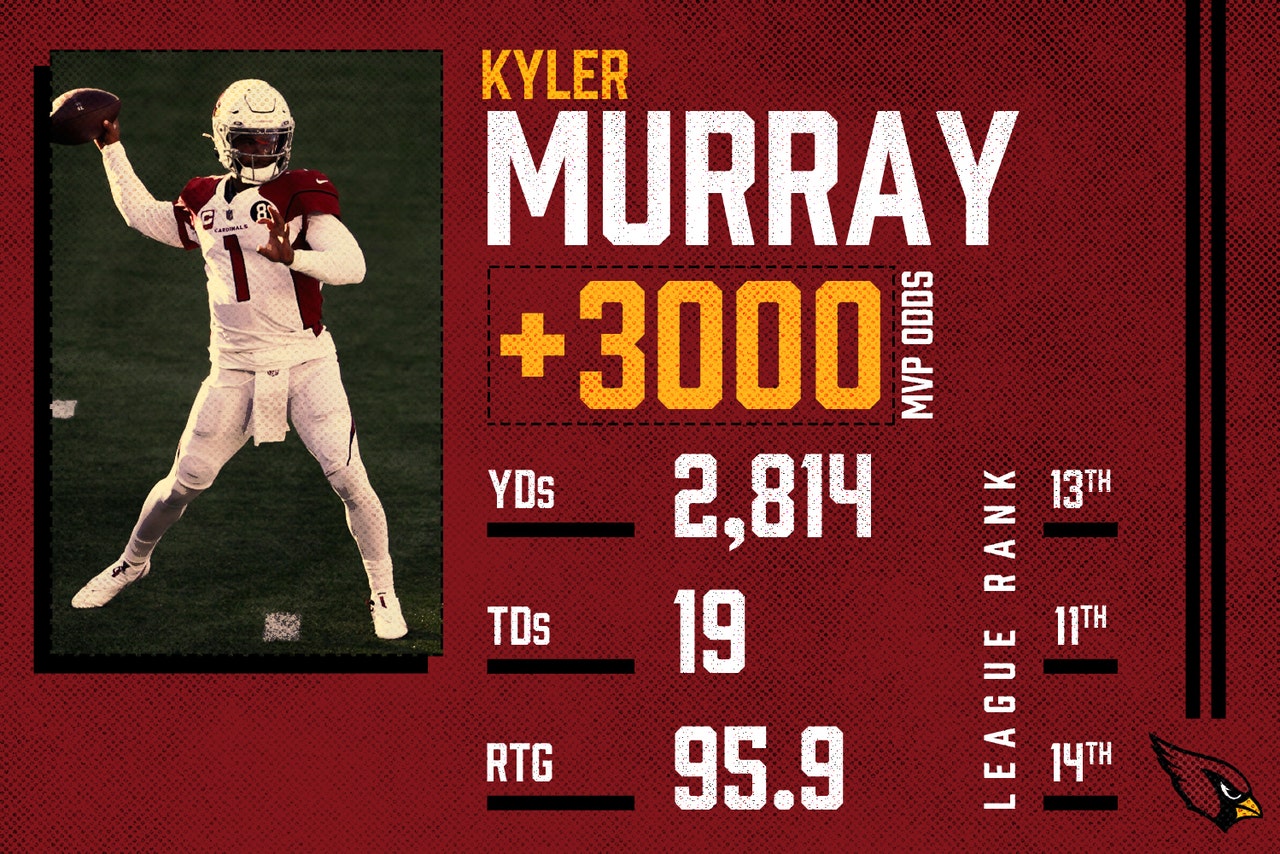 How it's going: Murray had his first touchdown-less game of the season in a tough, 20-17 loss in New England against the Patriots. It was tough sledding for Murray & Co. against Belichick's defense, and an interception from the 23-year-old Arizona QB in the third quarter set New England up with a short field for their second touchdown.

What's up next: The Cardinals will look to avoid a third straight loss as they gear up for a pivotal NFC West matchup against the Los Angeles Rams. Sean McVay's team boasts a defense that is top five in points allowed (19.5), passing yards (203) and rushing yards (93) allowed per game. Murray has yet to best the Rams, going 0-2 with two touchdowns and three picks in last season's series.

What people are saying: "There's three levels to stopping an offense like this. ... You've gotta contain, you've gotta disrupt the pocket and get turnovers, and you've also gotta affect the pocket, get pressure and sack the quarterback." ⁠— Willie McGinest 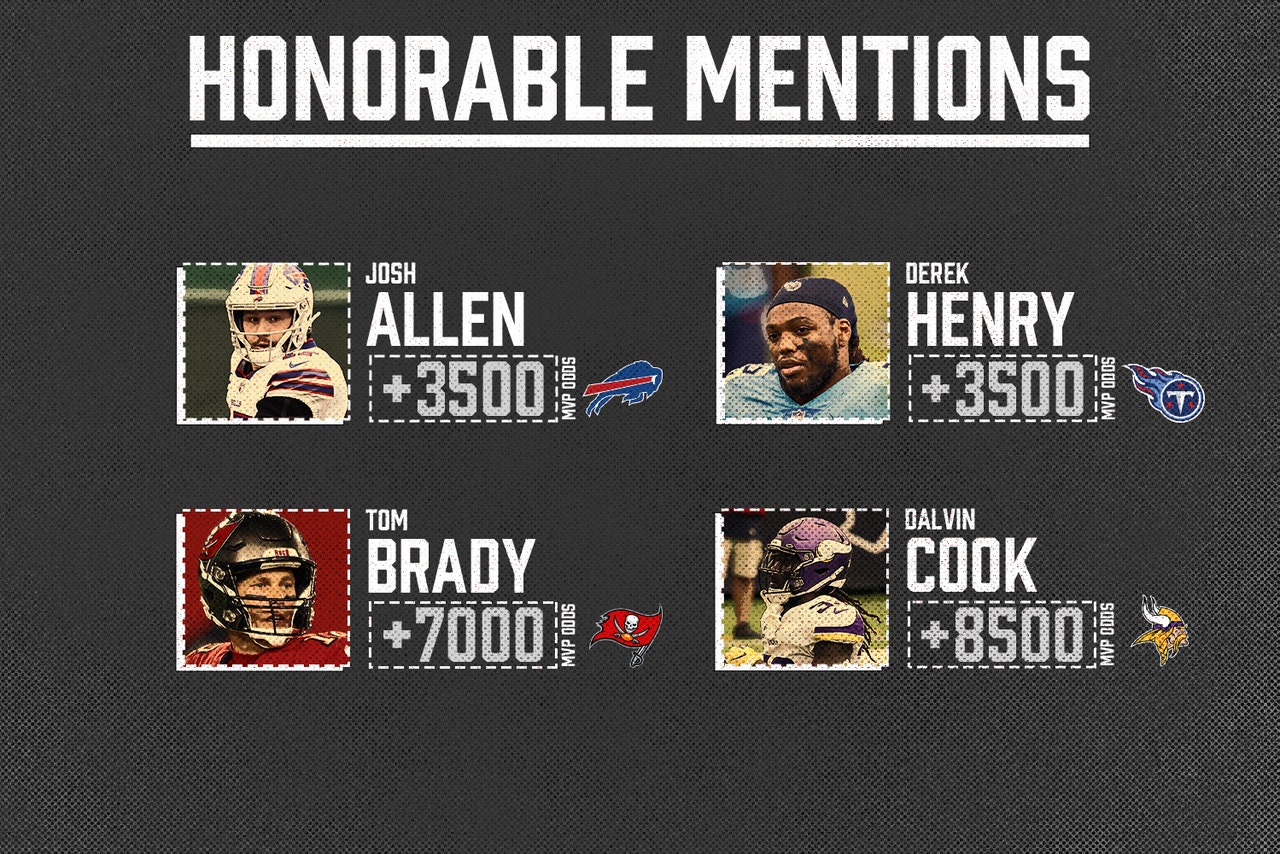 Can Buffalo Shock The World?
The Bills are coming in hot, but can their defense find a way to stop Patrick Mahomes and Travis Kelce in Kansas City?
10 hours ago

The Most Significant QB Duel Of All Time?
Tom Brady & the Bucs take on Aaron Rodgers & the Packers in what could be the greatest NFL playoff QB duel we’ve ever seen.
10 hours ago

Colin's Blazin’ 5: Championship Sunday
Colin Cowherd is back with his favorite picks against the spread ahead of the NFL's championship weekend.
11 hours ago