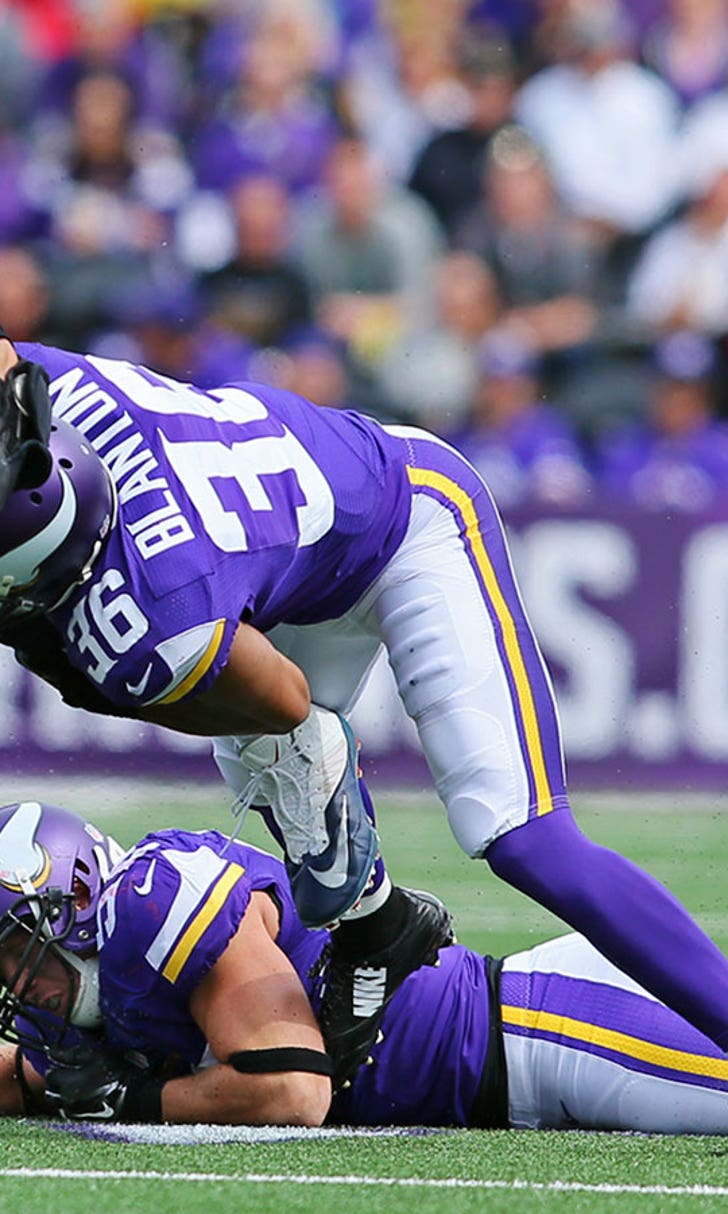 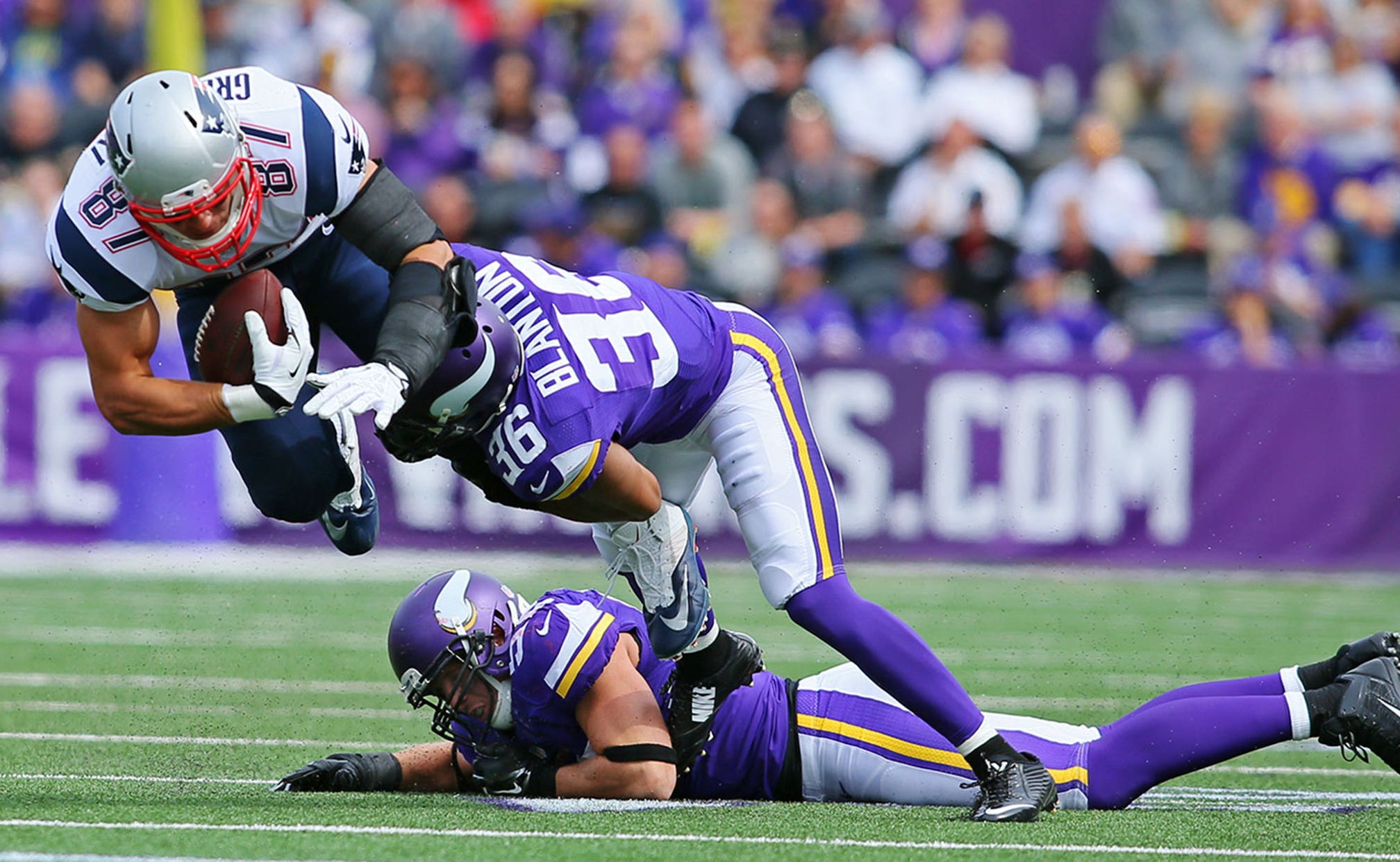 Minnesota Vikings starting strong safety job is up for grabs 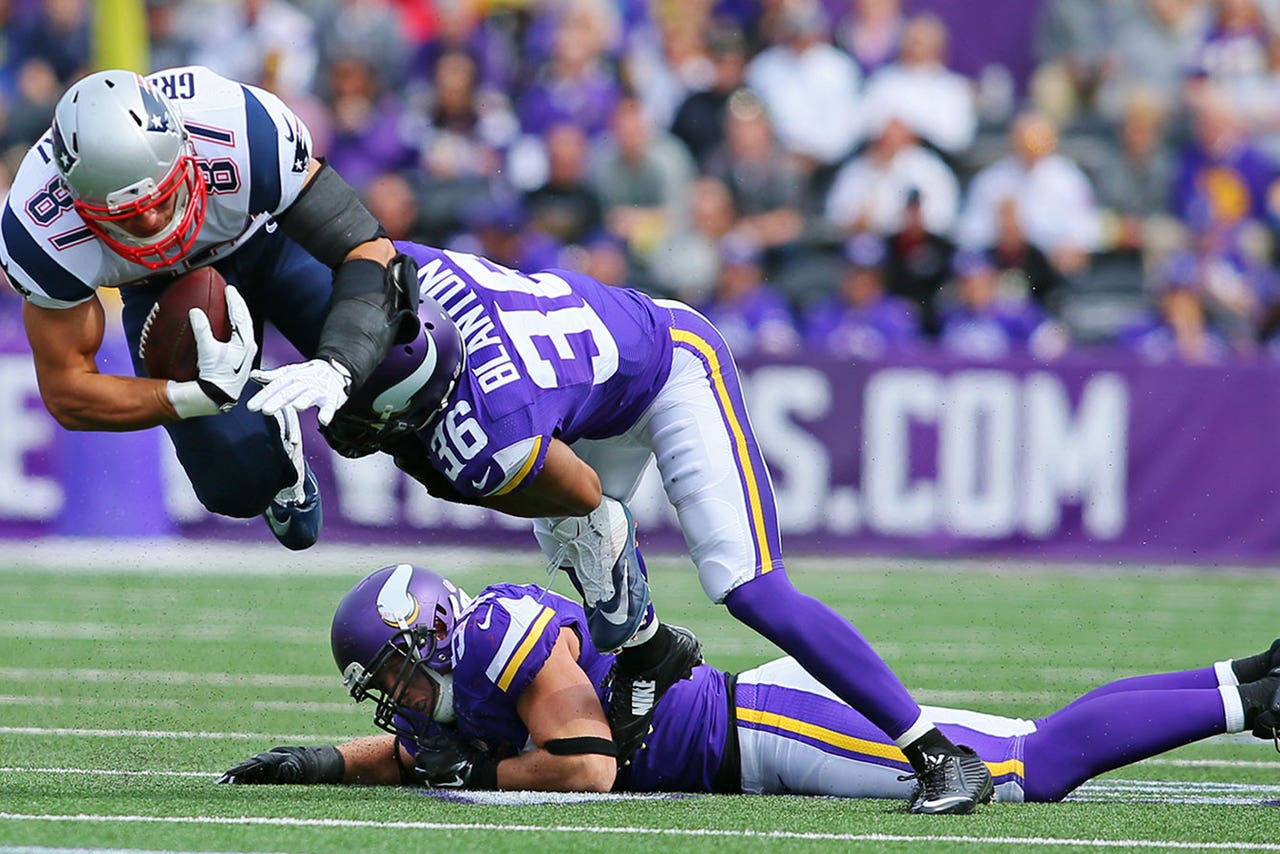 The Minnesota Vikings released veteran safety Taylor Mays this week, as the main competitors rev their engines for a wide-open battle at strong safety. The top candidates to start opposite free safety Harrison Smith, according to Master Tesfatsion of the Star-Tribune, are Robert Blanton, Antone Exum and Andrew Sendejo.

Blanton got the first-team reps during Tuesday's minicamp practice, the Star-Tribune reports, but he's far from a lock to hold onto that job. Vikings head coach Mike Zimmer warned not to read into the team's current lineup too much.

"The things that happen when they’re not playing the team they see every single day, those are much better evaluations because the checks happen faster, the different types of plays happen faster," Zimmer told the Star-Tribune. "I would not read too much into who’s where right at this particular point, unless it’s Teddy [Bridgewater] or Adrian [Peterson] probably."

Blanton has the most experience after starting 13 games at strong safety for the Vikings last season. However, when Blanton injured his left leg in Week 14, Sendejo relieved him and held onto the starting job for the final three games of the season, the Star-Tribune notes.

Exum was a rookie and did not start any games last season. The former sixth-round selection was mainly a special-teams contributor in 2014, but he claims to be further along in his development as a second-year pro.

"I’m progressing well," Exum told the Star-Tribune. "That’s been the challenge for myself this offseason just to limit the mistakes out here and be as consistent as I can be. I’m just playing faster because my head isn’t tied to my feet. So I have a better understanding of the playbook and the defense."

This three-way competition is sure to carry over into training camp.

Making Themselves At Home
Derek Carr caught fire in Las Vegas' NFL debut as the Raiders stayed undefeated. Drew Brees and the Saints? Not so much.
3 hours ago

The Most Entertaining Team In Football
When it comes to the Cowboys, you never know what’s coming next. And that's half the fun, Martin Rogers writes.
4 hours ago

Zeke Files For 'Feed Me' Trademark
The Dallas Cowboys running back is making his motto official, Charlotte Wilder writes. Now, who wants a "FEED ME" tie?
14 hours ago

Breaking Down Week 2's Biggest Injuries
A number of key NFL players suffered unfortunate injuries on Sunday. Here's what you need to know.
15 hours ago

How The Cowboys Saved Their Season
An 0-2 start can spell doom for NFL teams. But Dak Prescott wasn't about to let the Cowboys fail.
15 hours ago
those were the latest stories
Want to see more?
View All Stories
Fox Sports™ and © 2020 Fox Media LLC and Fox Sports Interactive Media, LLC. All rights reserved. Use of this website (including any and all parts and components) constitutes your acceptance of these Terms of Use and Updated Privacy Policy. Advertising Choices. Do Not Sell my Personal Info