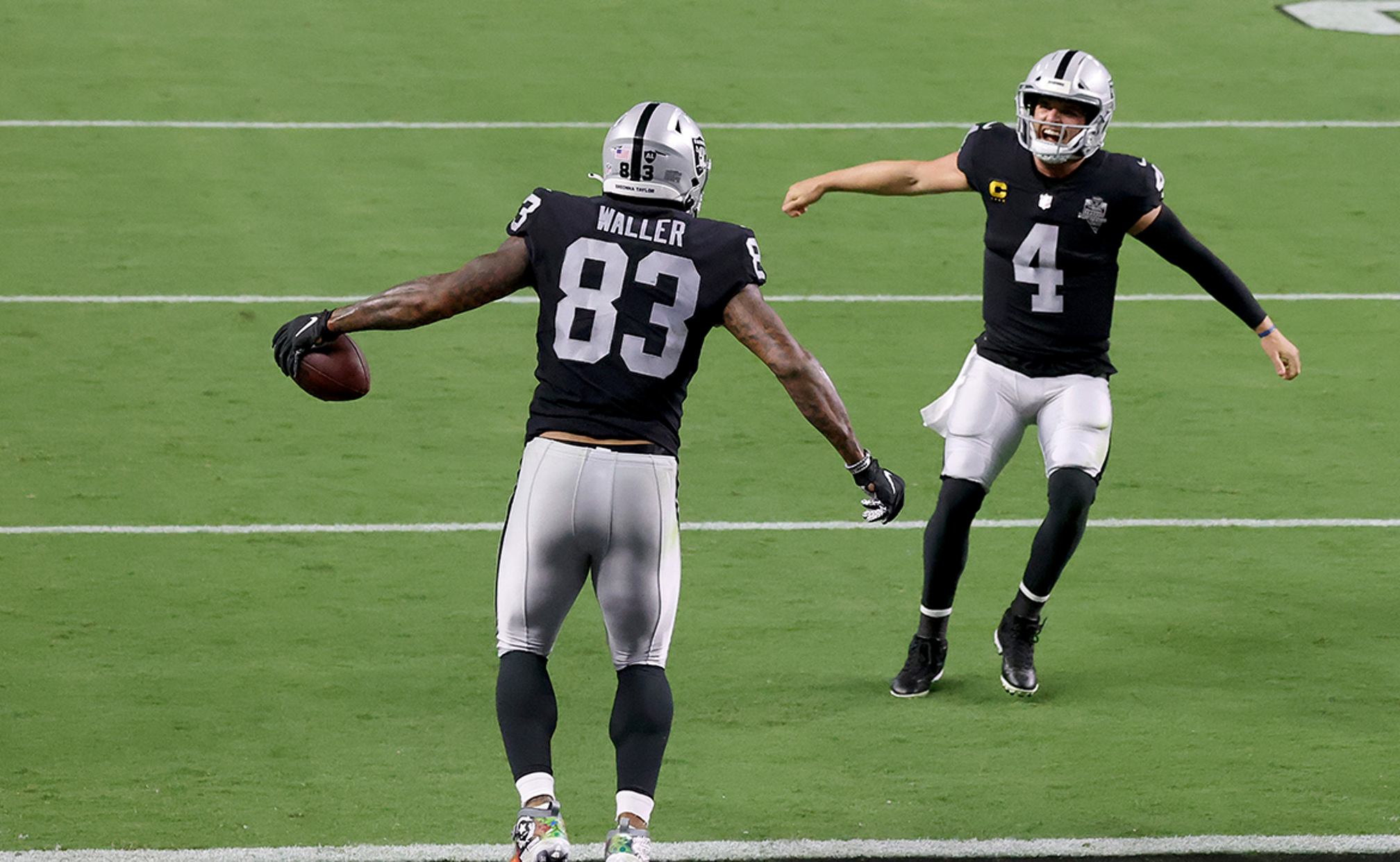 previous story
A Fresh Start In The SEC
next story
What You Need To Know: MLB Home Stretch
National Football League

The Las Vegas Raiders have not lost a game in the history of their franchise!

Derek Carr's squad knocked off the New Orleans Saints 34-24 on Monday Night Football to improve to 2-0.

Here are 3 takeaways from this Monday Night game.

Drew Brees is an undisputed Hall of Famer the moment he retires, but Monday night, he was not the best quarterback on the field.

And as Carr goes, so go the Raiders. This was the 19th game of Carr's career where he has thrown at least three touchdown passes; the silver and black are 13-6 in those games.

Carr has the Raiders offense clicking through two weeks, with Las Vegas scoring 34 points each time out, as they into New England for a Week 3 matchup with the Patriots.

A big reason for the Raiders' offensive dominance on Monday was the play of tight end Darren Waller. Waller was Carr's favorite target of the night, catching 12 of his 16 targets for 103 yards and a touchdown.

Waller had five 100-yard games in 2019, but this is the first time the Raiders came away with a win when the tight end hit the century mark.

His 12 receptions were the second-most ever by a tight end on Monday Night Football, behind Jason Witten's 13 in 2012.

After being one of the breakout stars of 2019 with 90 receptions and 1,145 yards, Waller is establishing himself as one of the premier tight ends in the NFL.

3. Can Brees fight off Father Time?

Drew Brees' final statline will read like a quarterback who was highly efficient, completing 26-of-38 passes for 312 yards and a touchdown.

And for Brees, the first two games of the season haven't been smooth sailing for the iconic quarterback.

Brees has only thrown 3 touchdowns in two games so far this season and with the reigning NFL Offensive Player of the Year Michael Thomas sidelined with an ankle injury, Brees will have to find ways to be effective without his number one receiver.