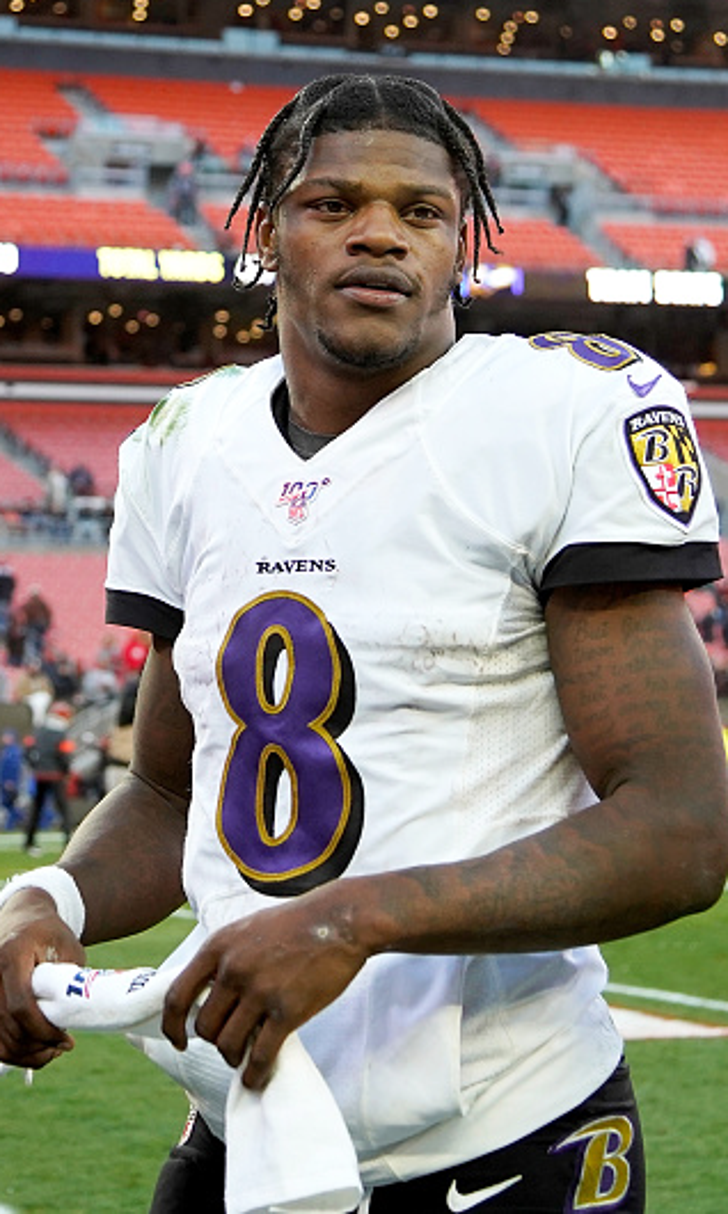 There was really only one face that made sense for the cover of Madden 21.

Baltimore Ravens quarterback Lamar Jackson was the breakout star of the 2019-2020 NFL season, putting up record-breaking stats in only his second year. He tossed 36 touchdowns, rushed for 7 more, and added 1,206 yards on the ground, earning him his first NFL MVP award.

Now, he's taking those video-game-like numbers to the cover of the most popular sports game of all-time.

The two quarterbacks have shared similar paths so far in their careers, both winning MVP awards and leading their teams to the AFC's top seed in their first full year as starters.

If Jackson can replicate Mahomes' success the season after being named the Madden cover athlete, that means Jackson has a chance to hoist the Lombardi Trophy in Tampa Bay, the home of Super Bowl LV.

But being named the cover athlete isn't as sweet as it may seem.

Lamar Jackson will also have to dodge the infamous Madden curse. Several athletes that have graced the Madden cover in years past have gone on to have snake-bitten seasons.

But for Jackson, he's not looking at the negatives – he's just soaking in the moment.

"It's always been a dream of mine since I was a little kid. Since I started playing Madden. It's dope. I've had every Madden."

Congratulations, Lamar Jackson! We're looking forward to learning your rating. We have a feeling it will be a good one.

Further congratulations to anyone who can take him down – in reality and virtually.

Don't Count Out The Cowboys
Fans have a chance to win $1 million this week. And Jason McIntyre believes Dallas has a chance to prove the doubters wrong.
12 hours ago