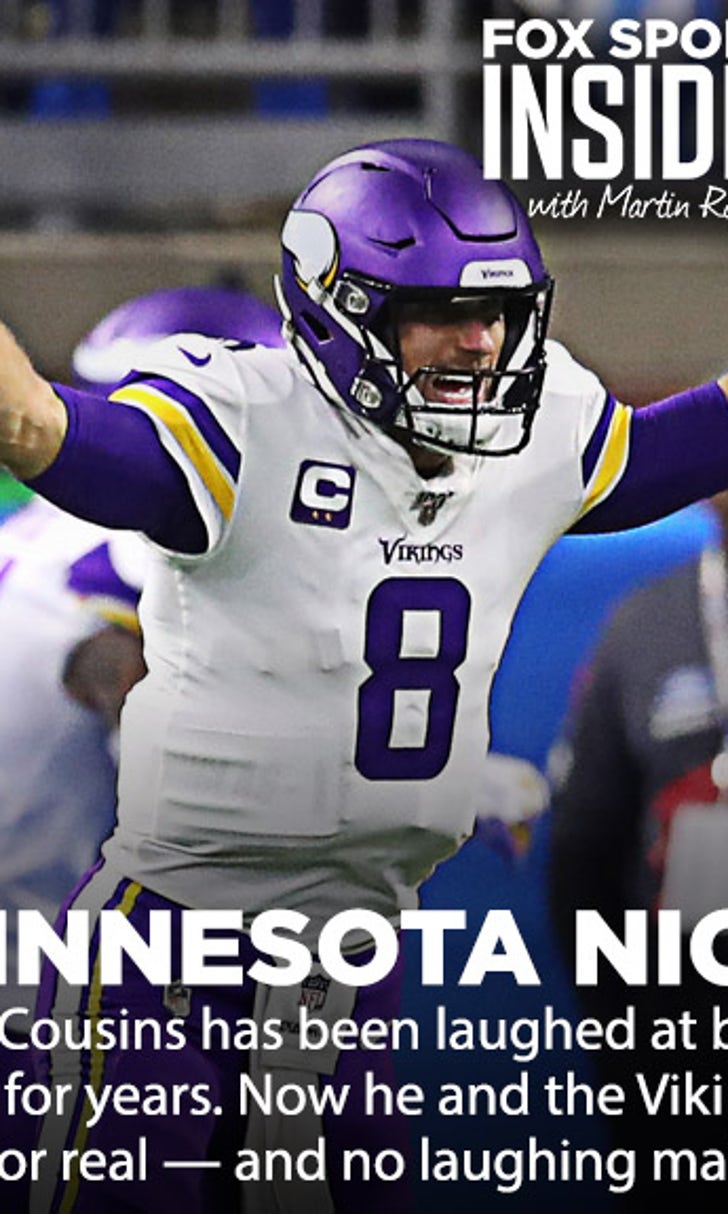 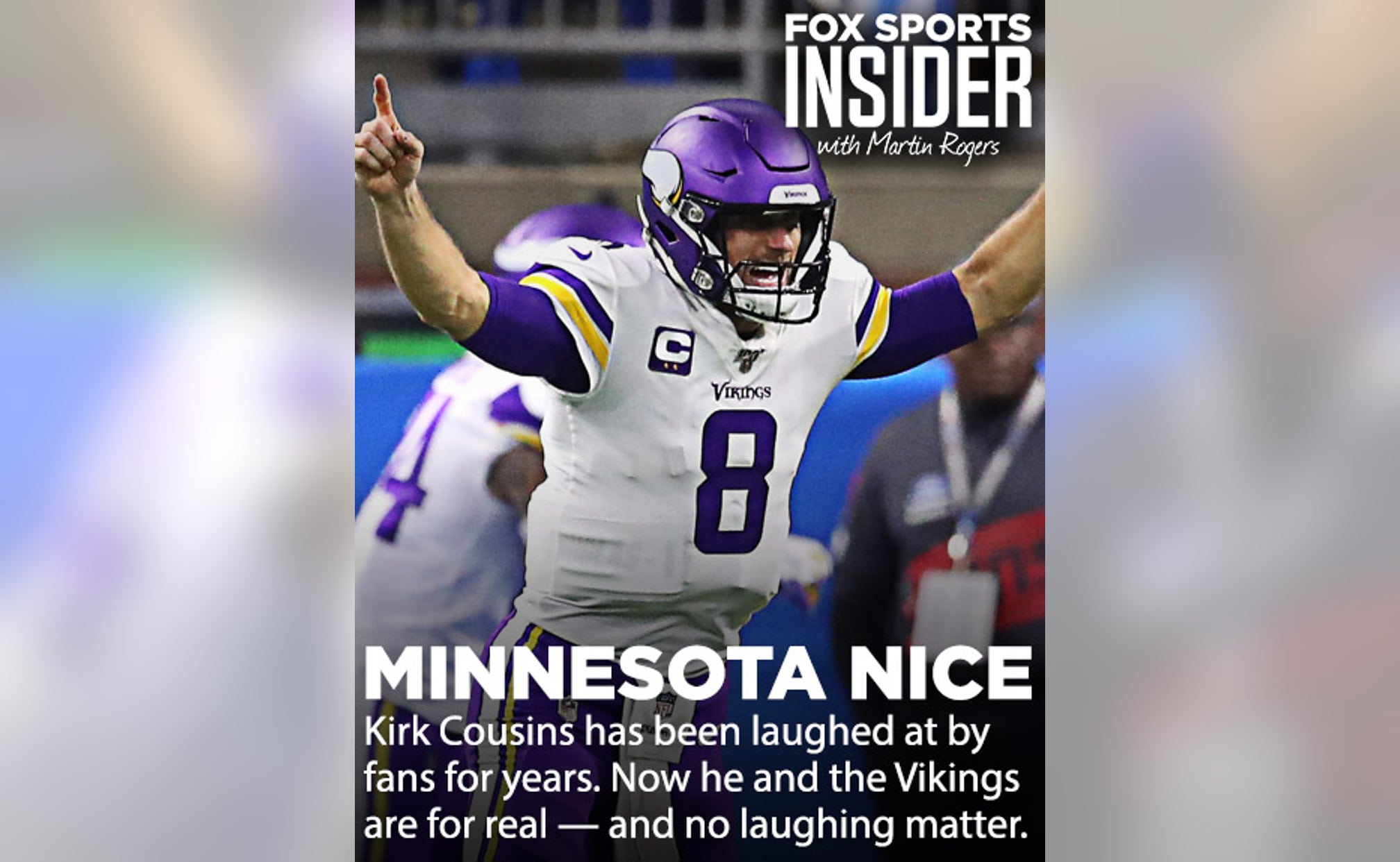 Kirk Cousins is suddenly the hottest QB in the NFL 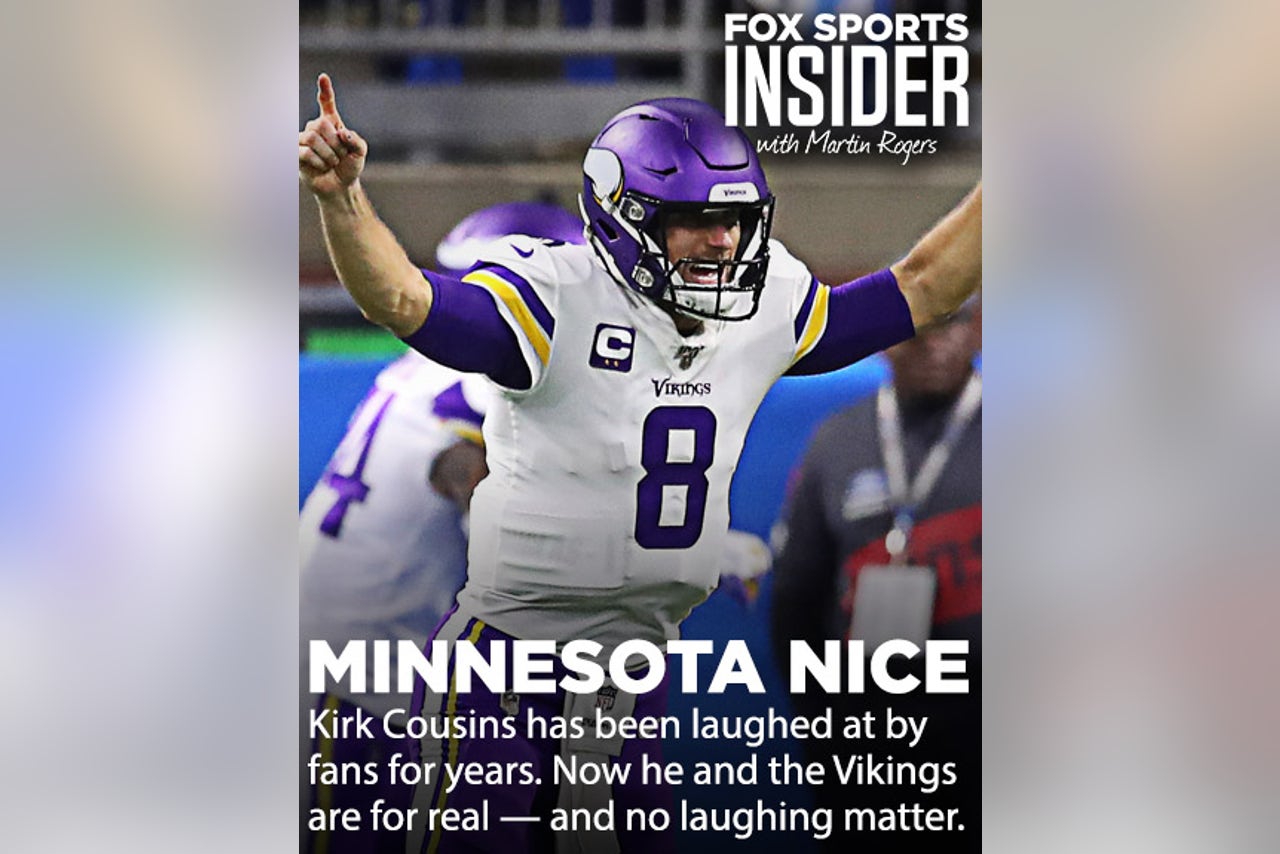 Kirk Cousins is not a player that rival fans in the National Football League love to hate ... he’s one that they love to mock.

In fairness, the Minnesota Vikings quarterback has, at times, given his tormentors plenty of ammunition. No one who has seen it will forget the infamous “You like that?!” video clip, or be able to read about it without a smile curling at the edges of their lips.

More recently, the question of his worth has come into play after signing a fully-guaranteed three-year contract worth $84 million, he responded with a dire start to this season. Every time his career has seemed ready to take off, it has come back to earth with a thud.

The jibes can be cruel and humorous in equal measure, except there’s one problem right now: all those Kirk Cousins jokes are falling flat. Heading into the Vikings’ Thursday Night Football clash (FOX, 8 p.m. ET) with his former team, the Washington Redskins, the joke is on everyone else.

That’s because over the past three weeks, Cousins has orchestrated a turnaround for both himself and for the Vikings that is serious enough to defy belief.

If you’ve been on a technology detox for the past three weeks, you left NFL consciousness with the reality that the Vikings were rumored to be looking to ditch Cousins from his starting role, bumper contract be damned.

A mere three weeks ago, Cousins was a laughingstock. Now he’s being mentioned as a legitimate league MVP candidate following three straight dynamic performances that spearheaded victories over the New York Giants, Detroit Lions and Philadelphia Eagles — lifting Minnesota to 5-2 and putting them in strong position in the loaded NFC.

“Kirk and the Vikings had one bad game and everyone — including them — started acting like the sky was falling,” FOX NFL expert Jay Glazer told me via text message. “To his credit, he stepped up in the face of that. He didn’t cave. At that point, it could have gone either way.

“He has shown everyone he has it in him to step up when it seems like everything is crumbling. But I hope the Vikings as a whole learn from that. There will be bad games; terrible games at times. They need to stick together in those moments and get through it together.”

It’s hard to overstate just how dire the situation was in Minnesota a few short weeks ago. After a miserable Week 4 outing against the Chicago Bears, the Vikings’ star receivers fumed. Stefon Diggs hankered for a trade. Adam Thielen seethed on the sidelines, then publicly called out Cousins.

It looked like the season was going off the rails. Instead, Cousins’ unusual method of handling the tension may have played a part in reversing the slide and the resulting and unexpected tear.

Cousins hosts a weekly podcast in Minnesota and he got Thielen on it as a guest. Out in the open, with thousands of Green Bay Packers fans listening in and hoping for further chaos at the heart of their divisional rival, Cousins and Thielen hashed things out. Cousins apologized for missing his target with key throws; Thielen backtracked on his critical comments.

The results since? Dynamite.

Over the past three games, no team in the NFL has scored more than the Vikings, who are averaging 36 points over that stretch. They’re averaging 480 offensive yards per game. At the same time, Cousins made NFL history: he’s the first QB to rack up 300 passing yards and a passer rating of 135 or more for three straight games.

All of which is perhaps why, as he prepares to meet his 1-6 former team — the hapless and recently hopeless Redskins — he can afford to be magnanimous when discussing a franchise and a fan base that probably could have treated him better.

“When 31 other teams hadn't picked me, the Redskins picked me,” Cousins told ESPN, referring to the 2012 NDL Draft. “The quarterback I am, the player I am and where I am in this league now is largely the result of the coaches I got to play for there and the way they impacted me and the teammates I got to play with.

“So, in a way it's challenging to play your old team because you have so much respect for the people on the other side of the field. But that's what Thursday night calls for, and that's what we're going to do.”

The Vikings’ revival isn’t as simple as Cousins playing better and throwing more accurately, or that he and Thielen (who will miss Thursday’s game due to a hamstring issue) are buds again. The Vikings offense has used far more guile via play-action and has reaped the benefits of it, with Cousins making the fakery stick with pinpoint downfield throws.

The Washington Post examined the NFL’s recent play-action boom and determined that Cousins was the most effective beneficiary of it. Through seven weeks, The Post reported, NFL QBs have averaged an 88.3 rating without play action — and a 104.8 mark with it. In the past three games, the Vikings have gone from 27% to 45.8% usage of play-action on passing plays (per Rotoworld), and Cousins’ passer rating during that time is a sizzling 157.2.

Having an elite runner like Cook at the core of the deception is a powerful threat, but Cousins has made full use of the opportunities and has reminded everyone what he is capable of when allowed to hurl the ball downfield.

Play-action, by its very nature, is misleading: everything is not as it seems. So too with Cousins. Was he as bad as he looked in the opening four weeks, when it seemed like the scrapheap beckoned? Of course not. Is he a true MVP-worthy QB now? That’s yet to be determined.

But with a prime-time chance to show how he and the Vikings are on an upward path, it’s remarkable to think how swiftly he has turned things around. The Vikings engine is running sweetly. Do you know why you can hear it so clearly now?

Because those mocking voices have run out of things to say.

Saquon Barkley Reportedly Tears ACL
The Giants' star RB and a number of key NFL players suffered unfortunate injuries on Sunday. Here's what you need to know.
14 hours ago

Cowboys Complete Improbable Comeback
Somehow, Dallas did it. Check out the major takeaways from the Cowboys' late rally and the rest of the NFL's morning slate.
15 hours ago

NFL's Top Plays Of Week 2
Check out all the best action from Sunday in the NFL, live and updating as it happens!
19 hours ago
those were the latest stories
Want to see more?
View All Stories
Fox Sports™ and © 2020 Fox Media LLC and Fox Sports Interactive Media, LLC. All rights reserved. Use of this website (including any and all parts and components) constitutes your acceptance of these Terms of Use and Updated Privacy Policy. Advertising Choices. Do Not Sell my Personal Info