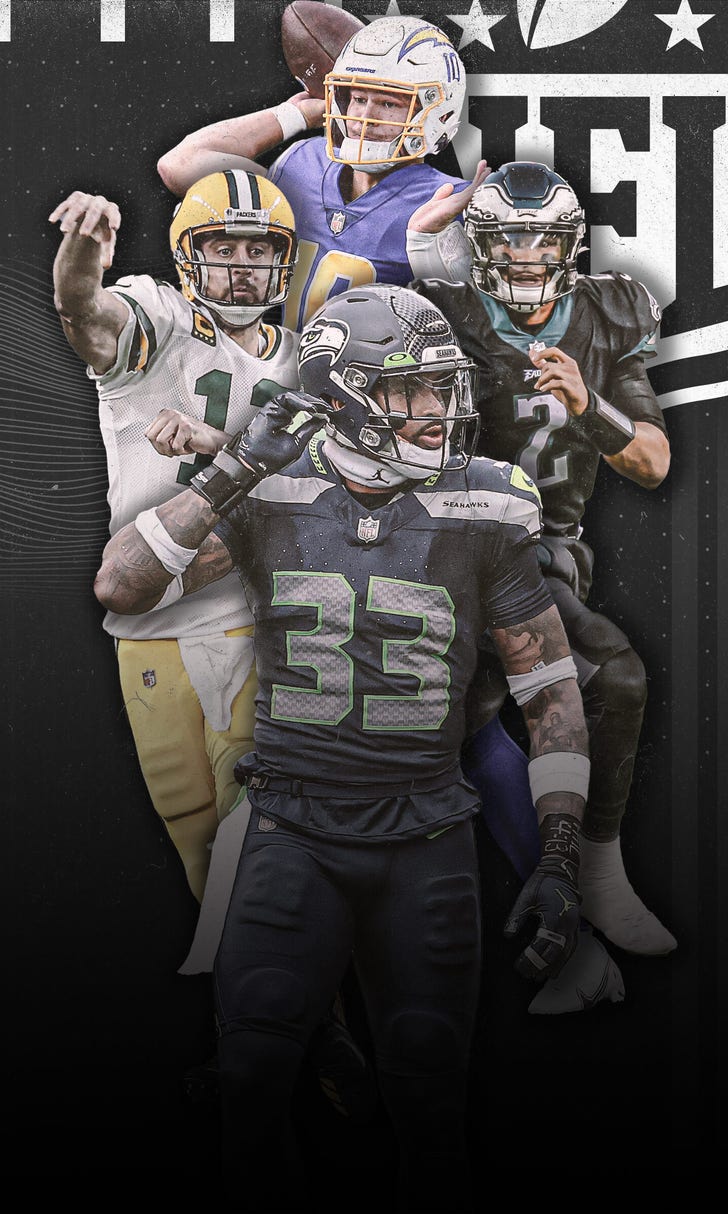 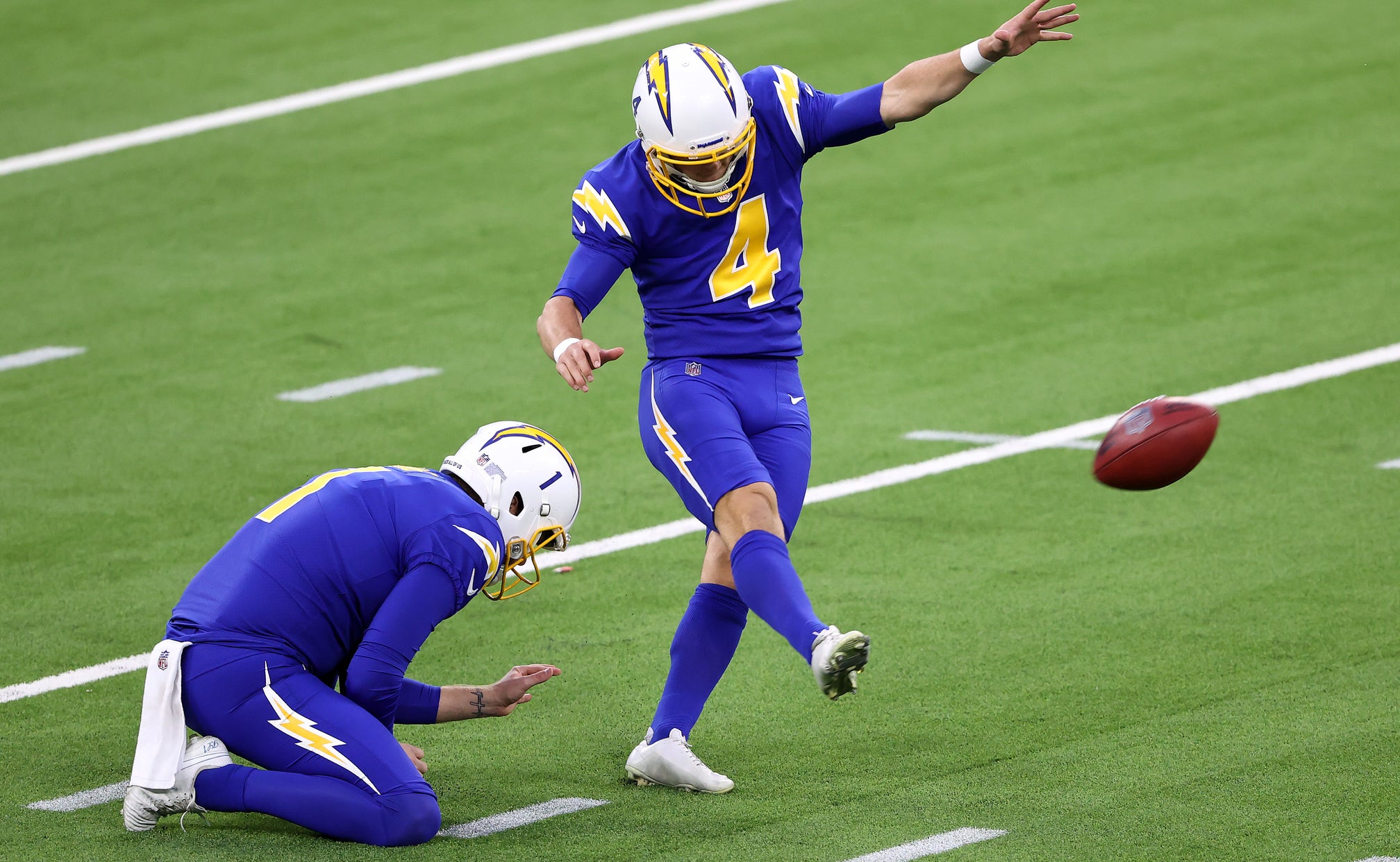 In the late window of games in Week 14, Philadelphia's Jalen Hurts earned a win in his starting debut, the Chargers finally won a close contest, and Aaron Rodgers bolstered his MVP case.

Check out the key takeaways from the late afternoon games:

Seattle puts on a show

Seattle fared much better in its second matchup with a New York team, throttling the Jets on Sunday, 40-3.

Seattle QB Russell Wilson bounced back from a lackluster performance in Week 13, completing 77.8 percent of his passes for 206 yards, four touchdowns and one interception.

In the process, he set a career-high mark.

Russ linked up with nine different receivers, and four of them brought down touchdowns, before he was relieved of his duties by backup QB Geno Smith.

The Jets remain winless on the season, sitting at 0-13.

Indianapolis used a well-rounded effort on Sunday to notch its fourth win in five games.

Colts QB Philip Rivers threw for 288 yards and a pair of touchdowns, both of which went to T.Y. Hilton.

But the spotlight for Indy was on rookie RB Jonathan Taylor, who accounted for 70.8 percent of the team's rushing total (150 yards) and both of the Colts' rushing scores.

The Colts' defense forced Derek Carr into throwing two interceptions – including a pick-six and a beautiful one-handed pick from Kenny Moore.

Carr would add two TDs to his two interceptions, putting up a fight with 316 passing yards before exiting late with a injury.

It was just another day at the office for Green Bay QB Aaron Rodgers, who completed 78.8 percent of his throws, finishing with 290 yards through the air and three TDs.

Rodgers even added in a rushing score for good measure.

The Rodgers-to-Davante-Adams connection was alive and well, as Adams racked up 115 receiving yards and a score.

Philly's offense found the spark it needed with Jalen Hurts under center, ending the Saints' nine-game win streak with a 24-21 win.

Hurts is now 1-0 as a starter, and ended the day with 156 passing yards and a touchdown.

The rookie also shined on the ground, totaling 106 rushing yards on 18 carries.

Eagles' running back Miles Sanders added to the ground game, rushing for 115 yards and two scores.

Hurts wasn't without his rookie moments though, as he fumbled the rock late, providing a possible opportunity for the Saints to sneak their way back into the game.

However, Taysom Hill and New Orleans couldn't rally, and Hill suffered his first loss as a starter.

Heading into Sunday's matchup, the Chargers were 2-7 in one-score games this season.

They can add another tally to the close-game-win-column after Sunday, as Justin Herbert led the team 49 yards in five plays, before Michael Badgley kicked the game-winning 43-yard field goal as time expired.

The fourth quarter was messy at best, and neither team seemed to want the victory.

That would prove to be Chargers QB Justin Herbert's only interception of the day, as he threw for 243 yards and two TDs in the wn.

The Washington Football team played three QBs on Sunday, but that didn't seem to matter much, as they emerged with a 23-15 win over San Francisco.

Washington's defense picked up the slack, with two defensive rookies put TDs on the board.

The defense also added four sacks on San Francisco QB Nick Mullens, who struggled to get anything going on offense.

Mullens finished with 206 passing yards, one touchdown and one interception, and the Niners' ground game totaled just 108 yards.

The Football Team has been on a roll as-of-late, with four straight wins, including three straight road wins.

Washington now owns the top spot in the NFC East.

A Problem in Houston
Deshaun Watson is not happy with the Texans, and his days might be numbered in Houston. How did we get to this point?
2 hours ago

Best Bets For The NFL Divisional Round
Baker to cover vs. the Chiefs? The Ravens over everyone's Cinderella? Jason McIntyre breaks down how to win this weekend.
4 hours ago
those were the latest stories
Want to see more?
View All Stories
Fox Sports™ and © 2021 Fox Media LLC and Fox Sports Interactive Media, LLC. All rights reserved. Use of this website (including any and all parts and components) constitutes your acceptance of these Terms of Use and Updated Privacy Policy. Advertising Choices. Do Not Sell my Personal Info