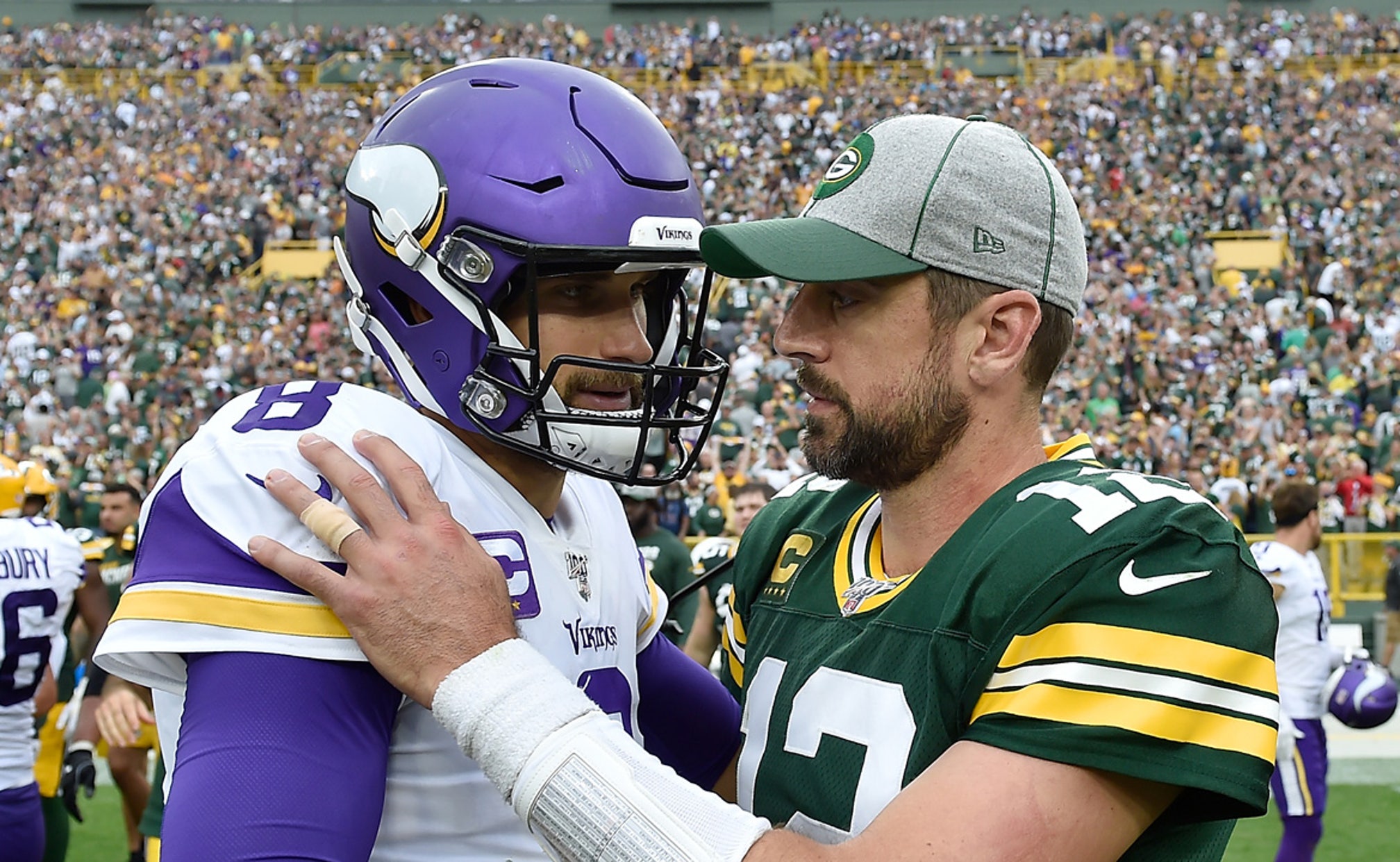 After a wild offseason in which the best QB in NFL history changed teams, two of the best receivers in the sport were traded, one franchise moved, and a pandemic set the stage for a season unlike any other, what should your approach be to gambling on all 32 teams?

We're here to help — running through every team in every division with a few trends you need to know, picks on season win totals and chances to make the playoffs, and much more in "Fade or Follow." Today, it's the NFC North, with all odds via FOX Bet. 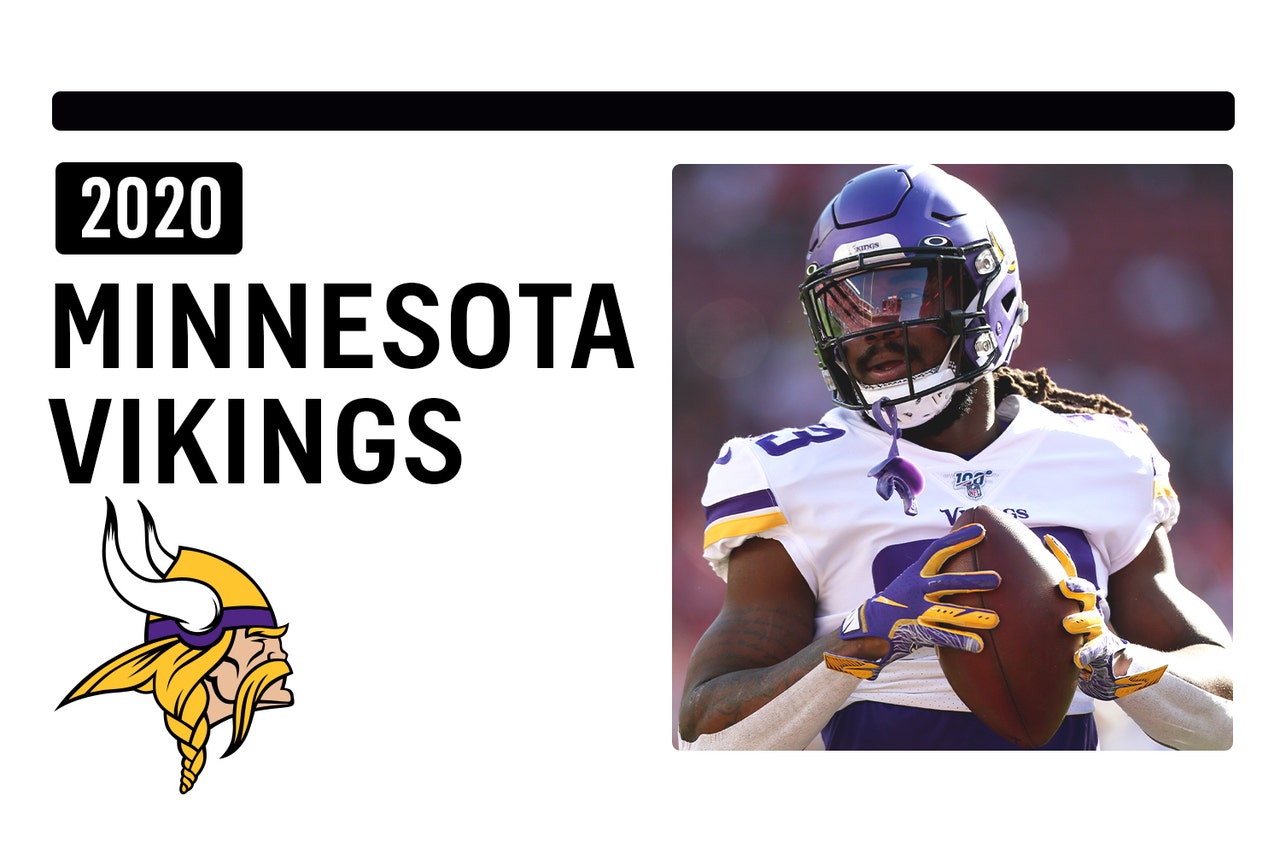 Why they can be profitable: Kirk Cousins had his best year as a pro in 2019, ranking No. 1 in passing outside the pocket, and finishing 3rd on throwing 20+ yard passes downfield.

Ominous trend/fact: The Vikings led the NFL in 3rd down defense in 2018, and dropped to 19th in 2019. The secondary was decimated in free agency, and last year’s vaunted defense – tops in the league in goal line defense – will feature at least four new starters.

2020 Over/Under: Under 9. That secondary, which lost its top three cornerbacks from 2019, has to face Aaron Rodgers in Week 1, then Philip Rivers, Ryan Tannehill, Deshaun Watson, Russell Wilson and Matt Ryan before the bye week.The Vikings end the season with three of four games on the road.

To make the playoffs: No (+100). Mike Zimmer’s terrific defense, which finished in the Top 8 for four straight years, will regress to league average, and the early schedule will put the Vikings in a hole. Their two short-week opponents are contenders (Dallas, New Orleans) seeking revenge for last year.

Fade or follow verdict: Fade. Kirk Cousins lost his offensive coordinator, an elite receiver, and he’s going to have to make up for a defense that has tumbled toward league average. The Vikings had the 2nd best fumble luck in 2019, which will regress. And of Minnesota's 10 wins in 2019, only 1 came against a postseason squad (Philadelphia). In fact, they were 1-4 against playoff teams. 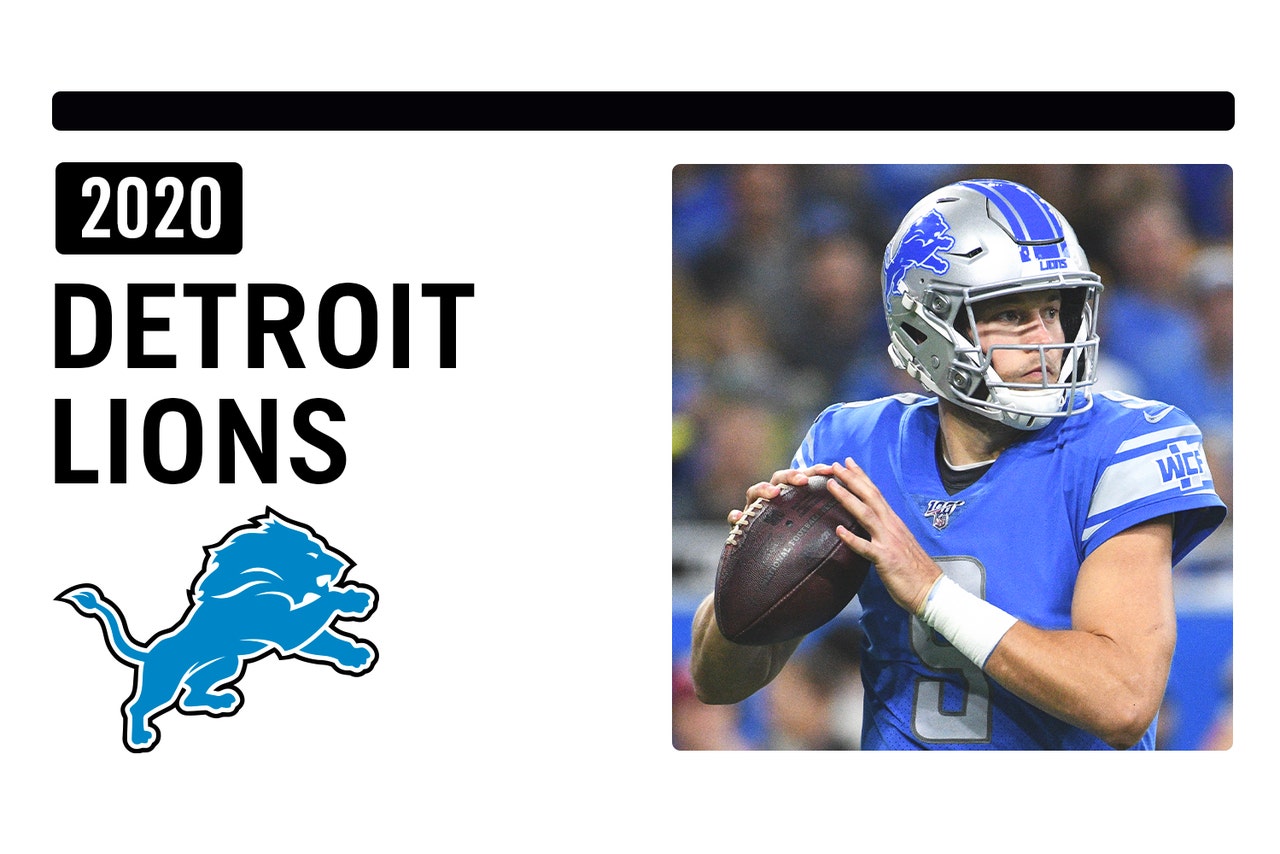 Why they can be profitable: A healthy Matthew Stafford had Detroit competitive last year, at 3-4-1 before being lost for the season. They went 0-8 without him. Going 3-8 in one score games won’t happen again, and if the defense – which added three players from the Patriots – can improve to league-average, you’re looking at a profitable playoff team.

Ominous trend/fact: Matt Patricia is the latest former Bill Belichick assistant to underwhelm (9-22-1 in two seasons). Known as a sharp defensive mind, his Lions finished 27th in defense in 2018, and 28th in 2019.

2020 Over/Under: Over 6.5. One of my favorite over plays of the season. Love it at 6.5 and still like it at 7. The Lions get three of their final four games at home, with two in the division. Their toughest non-divisional road game is either at Arizona or at Tennessee. They play three of the teams with the lowest win totals in the NFL (at Jacksonville, vs. Washington, at Carolina).

To make the playoffs: Yes (+250). Even if the defense isn’t improved, I’m betting on Stafford to have a huge bounce-back year after the injury, and the RB tandem of rookie D’Andre Swift and Kerryon Johnson will help move the sticks and keep the defense off the field.

Fade or follow verdict: Follow. I was all-in on the Lions last year, and they were profitable in the first month, before things went south with the Stafford injury. When you have a GM, coach, and maybe even QB playing for their jobs, and all that offensive talent, you’re going to be competitive. 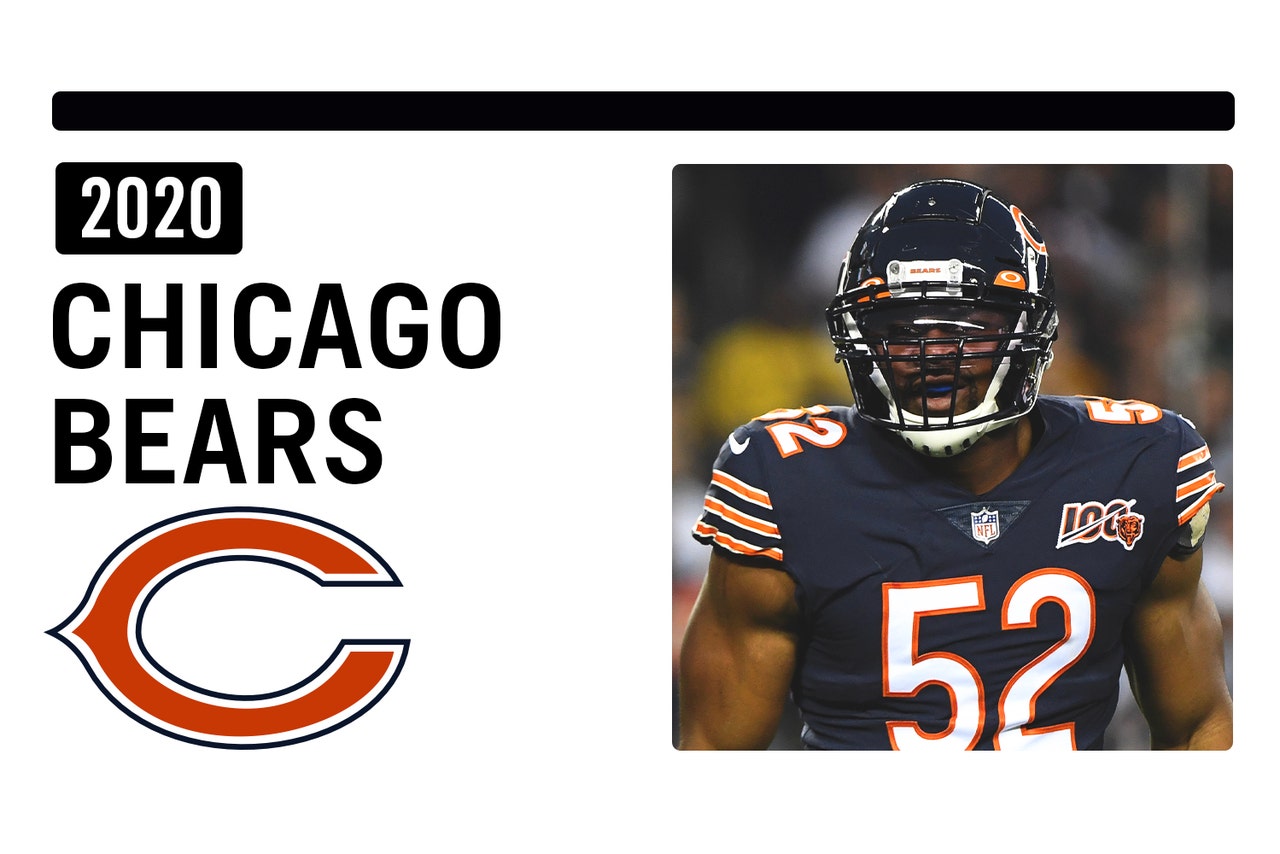 Why they can be profitable: The schedule is sixth easiest in 2020, and they don’t face a 2019 playoff team until November 1st.

Ominous trend/fact: How will all the new positional coaches on offense – offensive coordinator, QB coach, OL coach – handle no preseason? The Bears were last in the NFL in converting 3rd-and-1 last year, and made no significant changes to the personnel. The Bears also struggled busting big plays – just 67 plays of 20+ yards, fewest in the NFL.

2020 Over/Under: Under 8. Lean to the under, but the Bears' early schedule is manageable, with only two of the first six opponents having an over/under win total of 8. There’s a brutal four-game stretch before the bye week that leads me to believe if they’re not in playoff contention, Nick Foles could take over after Thanksgiving.

To make the playoffs: No (-200). In a loaded NFC, where the 9-7 Rams missed the playoffs last year, and teams like the Cardinals and Bucs surging, it’s difficult to see the Bears sneaking in, but I don’t love this price.

Fade or follow verdict: Fade. The Bears went from first against the spread (12-5) in 2018 to last in 2019. Chicago needed to add firepower to the offense to help their young QB, but the result was soon-to-be 34-year old Jimmy Graham and 35-year old Ted Ginn. Given Matt Nagy’s history with Nick Foles dating back to KC, when does Trubisky feel the heat? His first interception? His second? 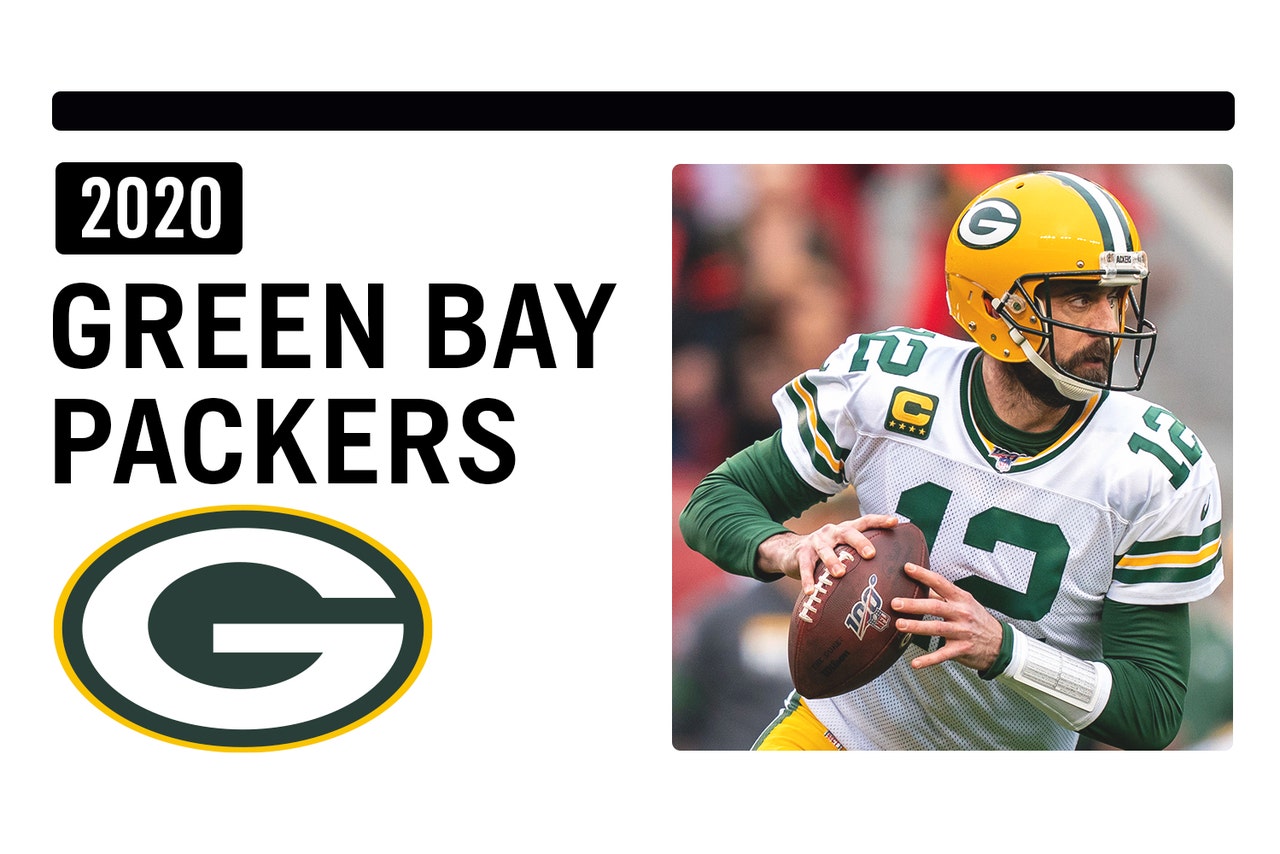 Why they can be profitable: Aaron Rodgers is breathing? He’s one of the greatest QBs in NFL history, and even though he has a right to be upset the Packers didn’t get him any receding help in the offseason, the addition of 250-pound tank AJ Dillon should help improve their ranking 27th in short yardage situations. And Aaron Jones was the fifth highest graded PFF running back last season.

Ominous trend/fact: The Packers went 8-1 in one-score games in 2019, including two wins over the Lions at the final horn, after not leading lowly Detroit for :01 all season. The odds of either of those happening again are infinitesimal. Green Bay had the worst point differential (+63) of a 13-3 team in 31 years.

2020 Over/Under: Under 9. A four-game regression would be significant, but the Packers made no improvements to the defense, and all indications are that coach Matt LaFleur wants to turn this offense into a ground-and-pound attack, which would be at odds with the skill set of the future Hall of Famer at QB.

To make the playoffs: No (+115). The Packers went 6-0 against the NFC North; in 2018, they were just 1-4-1. Safe to assume 2020 will be somewhere in between. And the schedule is unforgiving, particularly a October-November post-bye stretch at Tampa, at Houston, vs. Minnesota, at San Francisco.

Fade or follow verdict: Fade. Rodgers turns 37 in December, and there are real questions about depth at receiver behind Davante Adams. Will they get lucky (+12 turnovers) again? The two new starters in the secondary better be ready – they open the season against Kirk Cousins, Matt Stafford, Drew Brees, Matt Ryan, Tom Brady and DeShaun Watson.

Spitting Image
Sunday night proved that Kyler Murray is chasing Russell Wilson for the title of 'Best Undersized Quarterback' in the NFL.
19 hours ago
those were the latest stories
Want to see more?
View All Stories
Fox Sports™ and © 2020 Fox Media LLC and Fox Sports Interactive Media, LLC. All rights reserved. Use of this website (including any and all parts and components) constitutes your acceptance of these Terms of Use and Updated Privacy Policy. Advertising Choices. Do Not Sell my Personal Info