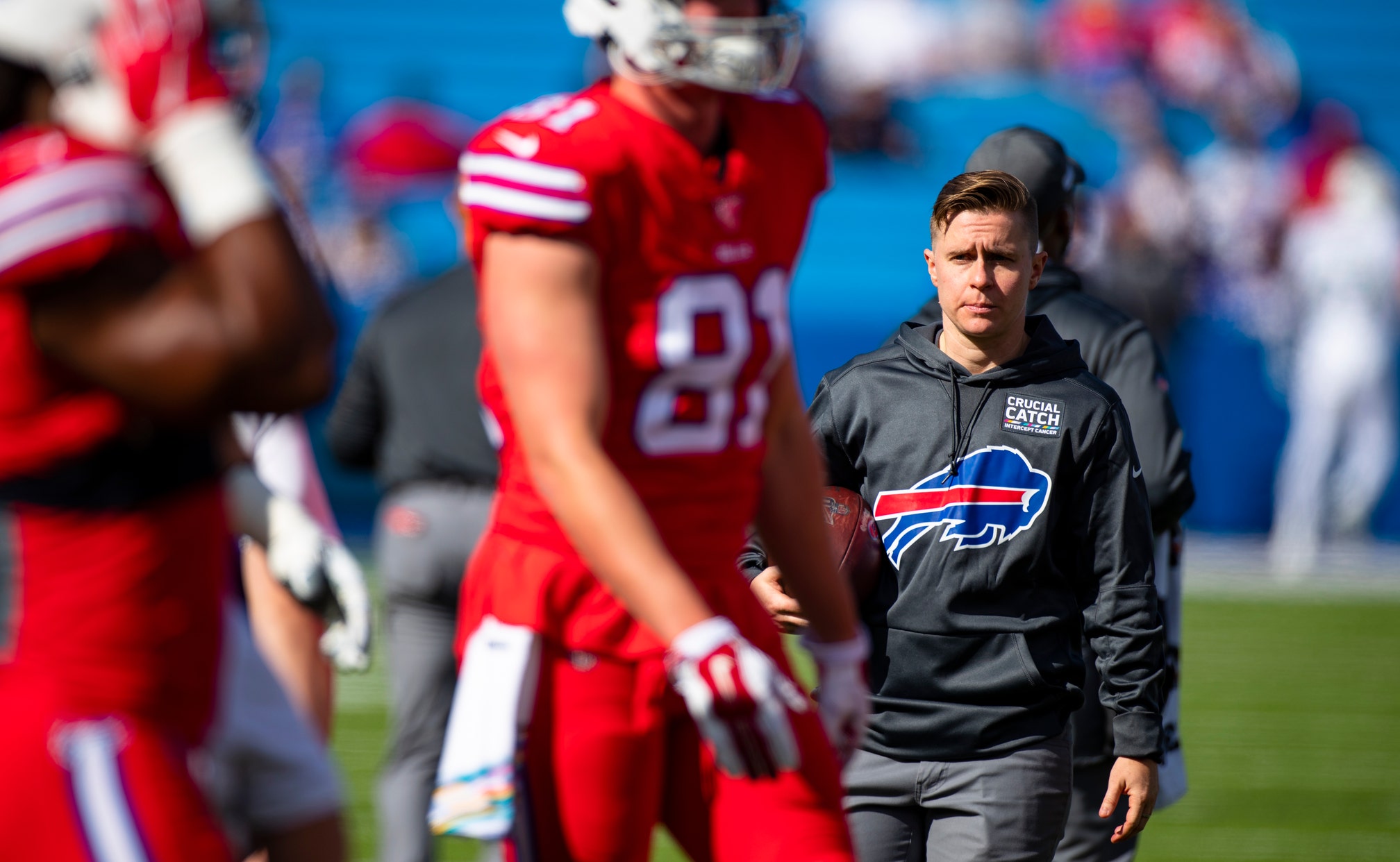 It’s unusual to get chills when hopping on a Zoom call, but that’s what happened when I saw Callie Brownson, Jennifer King, and Laura Okmin’s faces appear on my computer screen Friday afternoon.

Brownson is the chief of staff to Browns head coach Kevin Stefanski, King is in her first year as the Football Team’s full-year coaching intern, and Okmin is a legendary sideline reporter with FOX Sports (and a friend of mine, in the interest of full disclosure). Sarah Thomas, one of the refs calling the game, couldn’t be on the call but will very much be on the field.

These four people made history on Sunday when the Cleveland Browns played the Washington Football Team, becoming the first time women will be coaching for each team, a woman will be calling the game, and a woman will be reporting from the sideline.

And they all think it’s a milestone to celebrate.

“It’s kind of incredible,” Brownson said. “And Jen can attest to this as well. When you think back on where these journeys started for all of us, and then you get to a point now where we’re looking at walking out on the field on Sunday and there being female representation in almost every category – it’s unbelievable. It’s the stuff we’ve dreamed about for so long.”

King certainly did attest to that. She nodded along as Brownson spoke.

“I think representation has been everything for me,” King said. “Essentially, we’re doing something that we never saw when we were little kids. That we never even thought about. And just to be a part of it is pretty cool.”

Brownson and King both coached under Dartmouth College head coach Buddy Teevens, who’s creating something of a women’s coaching tree in the NFL. They also both came up through the NFL’s Women’s Careers in Football Forum, a two day program that Sam Rapoport runs for women in coaching at the college level who are looking to jump to the pros.

When the Women’s Career’s Forum started, Rapoport said she was often asked whether it was just window dressing. If the league really cared. If this was just lip service to the idea of equality.

But she believes that seeing Brownson and King on the sidelines at the same time makes it clear that the NFL is serious about bringing in different types of people to the traditionally male, white world of coaching. To date, 118 women have found roles in the NFL through the program, a number Rapoport says would be higher if Covid-19 hadn’t laid waste to everyone’s plans.

“This is not only about hiring women, it’s about considering the entire talent pool,” Rapoport said. “The most rewarding part is seeing how many women have received opportunities, and how many of our clubs are putting our hands up to say, 'Why haven’t we [participated in the program] before?'”

It’s vital that clubs participate – as Rapoport says, it widens the pool of qualified candidates, which only makes teams better. And the more connections women can make, the more likely they are to find jobs. The more likely it is that the misogynists who say women don’t belong on a football field will start to shape up.

“The sexism I’ve faced is all on the outside,” Okmin said.

“Laura, I really like that you said that,” Brownson chimed in. “Because the biggest skeptics of women in football are in the comments section.”

Or in national media. But I digress.

Friday’s interview made me emotional. I’ve looked up to Okmin for years as a talented professional. And there we were, on a call with two women coaches who were, in traditional coach speak, telling us that both teams are just taking it one day at a time. The meeting, I might add, was largely coordinated by Jessie Johnson, a communications manager with Washington, and was produced by FOX Sports’ very own Kristen Scott. It was all women.

Moments like those show that we’ve come a long way. But the next step is to take away the need for articles like this one. Firsts must be celebrated, but women should appear on both sidelines for every game.

“We make a difference when the numbers start reflecting [it],” Okmin said, who’d spoken to Sarah Thomas via email to prepare for the broadcast. “It’s not just, 'Yay, there’s the one, there’s the one.' So I think that’s been really wonderful listening to [Brownson, King, and Thomas] talk about that. The first thing Sarah said was how excited she was, and how excited she was for [Brownson and King].”

Women in sports are often asked what it’s like to be a woman in sports. I could write tens of thousands of words about it, and maybe someday I will. The short answer is that it can be hard and exhausting, but having more of us makes it easier and so much fun.

“There is going to be representation in virtually every facet of what’s going to be happening on Sunday,” Brownson said. “And you know, it’s pretty amazing to think about what this means for the future, and how much more this busts that door open for everybody behind us.”

Here’s to holding that door open.

You can watch the full interview here: