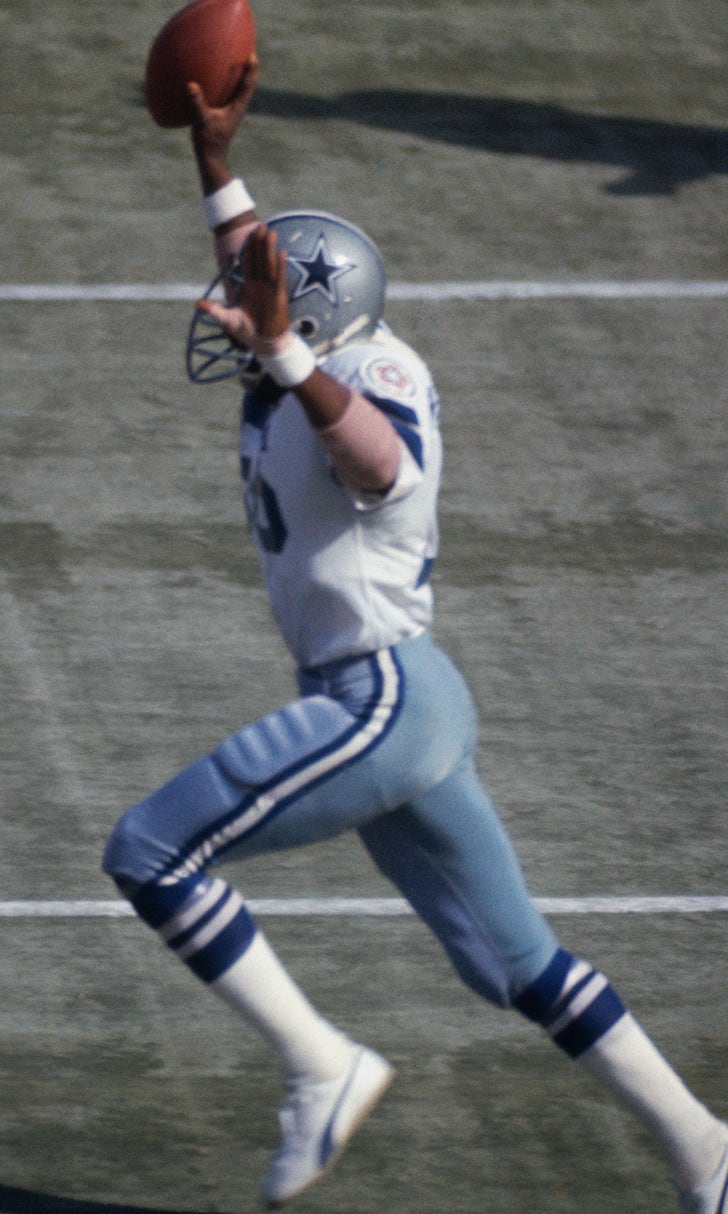 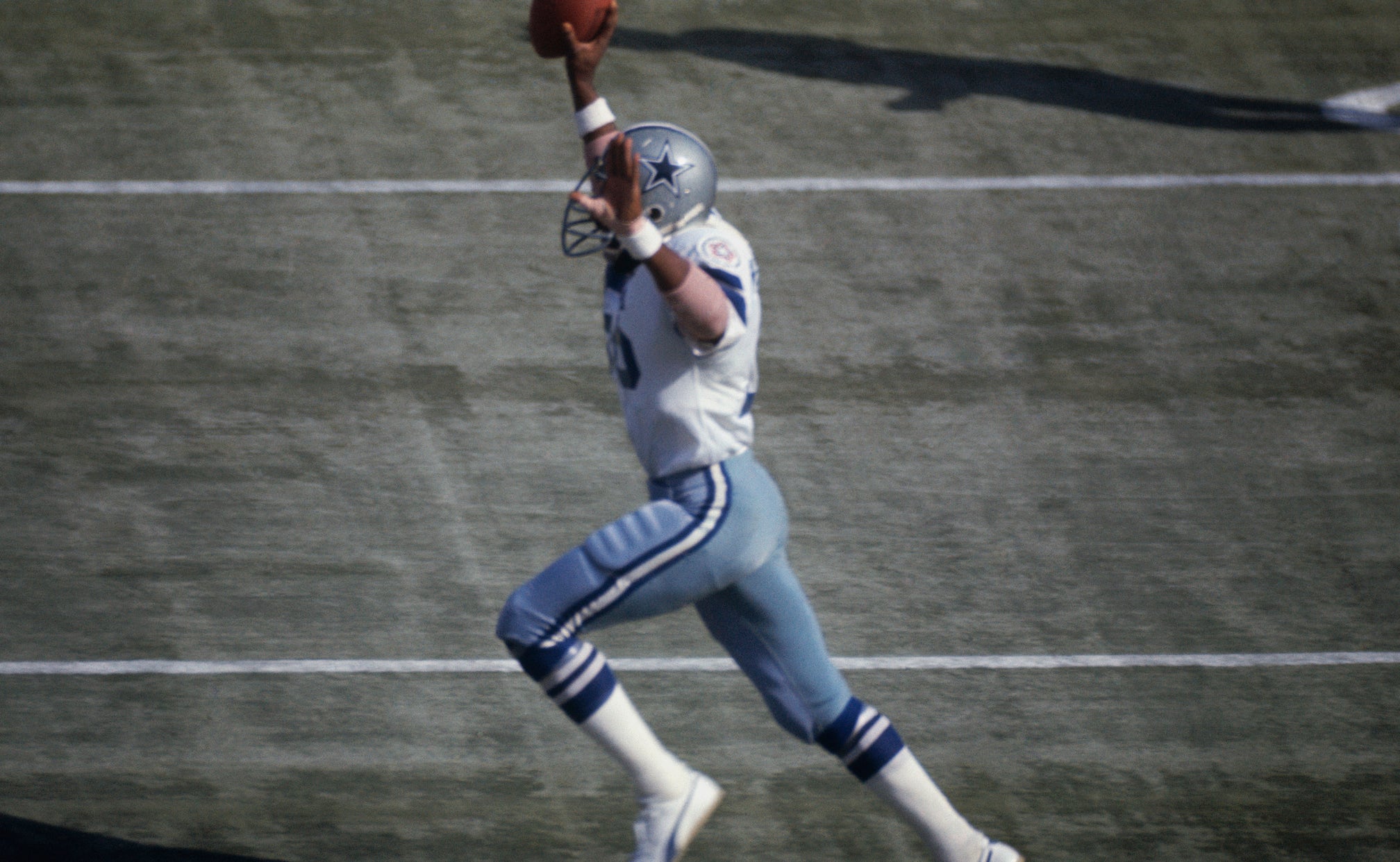 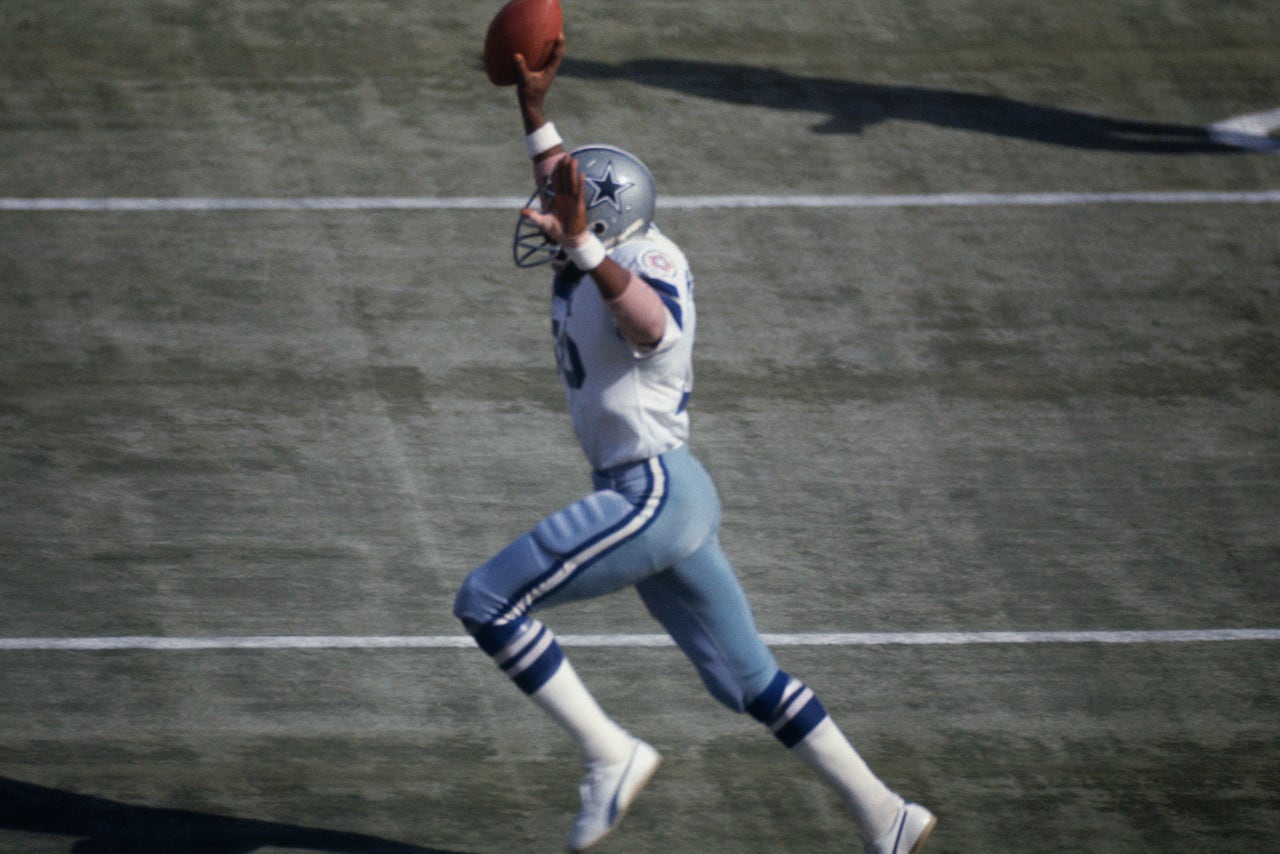 (The story was originally published on Dec. 1 before the Vikings and Cowboys met.)

The Dallas Cowboys and Minnesota Vikings meet Thursday night in Minnesota, and if you see a last-gasp pass at the end of the first half or at the end of the game you'll know what to call it only because one of these two teams invented the phrase after a tense playoff game between them back in 1975.

There were 32 seconds left in the fourth quarter when Dallas quarterback Roger Staubach dropped back to pass at Metropolitan Stadium. The Cowboys trailed, 14-10, and had the ball right at midfield.

Staubach launched a pass so high that he actually had time to say a prayer -- so he says -- after releasing the ball.

So as the throw headed toward Vikings defensive backs Nate Wright and Paul Krause and Cowboys receiver Drew Pearson, Staubach said a "Hail Mary" hoping the pass would land in the hands of the Cowboys' receiver.

The pass was underthrown, allowing Pearson to slow and come back for it. He grabbed the ball and stepped away from Wright and into the end zone for the winning score.

"As I looked back and saw the ball coming," Pearson told the LA Times in 2014, "I saw it was going to be short, and then I did that swim move to get inside position. In doing that, I made contact with Nate, but there was no deliberate push. With that contact, he went down and I was able to swing my arms around.

"I was on the sideline," Waters told the Times in 2014. "[Linebacker] Dave Edwards was such a superstitious guy, he has us stand up and walk in the direction the offense was moving, behind the line of coaches. It was like a stream of defensive players walking along the sidelines. Dave was probably chanting some sort of mystical chant. But we all glanced over there when it happened and we thought it was us — we thought that was why it worked!"

"I get asked almost every day about the Hail Mary," Pearson told The Times. "In some way, shape or form, people ask me about that. To this day, when I sign autographs I write 'Hail Mary always' or 'Hail Mary to you,' 'Hail Mary wishes,' things like that." 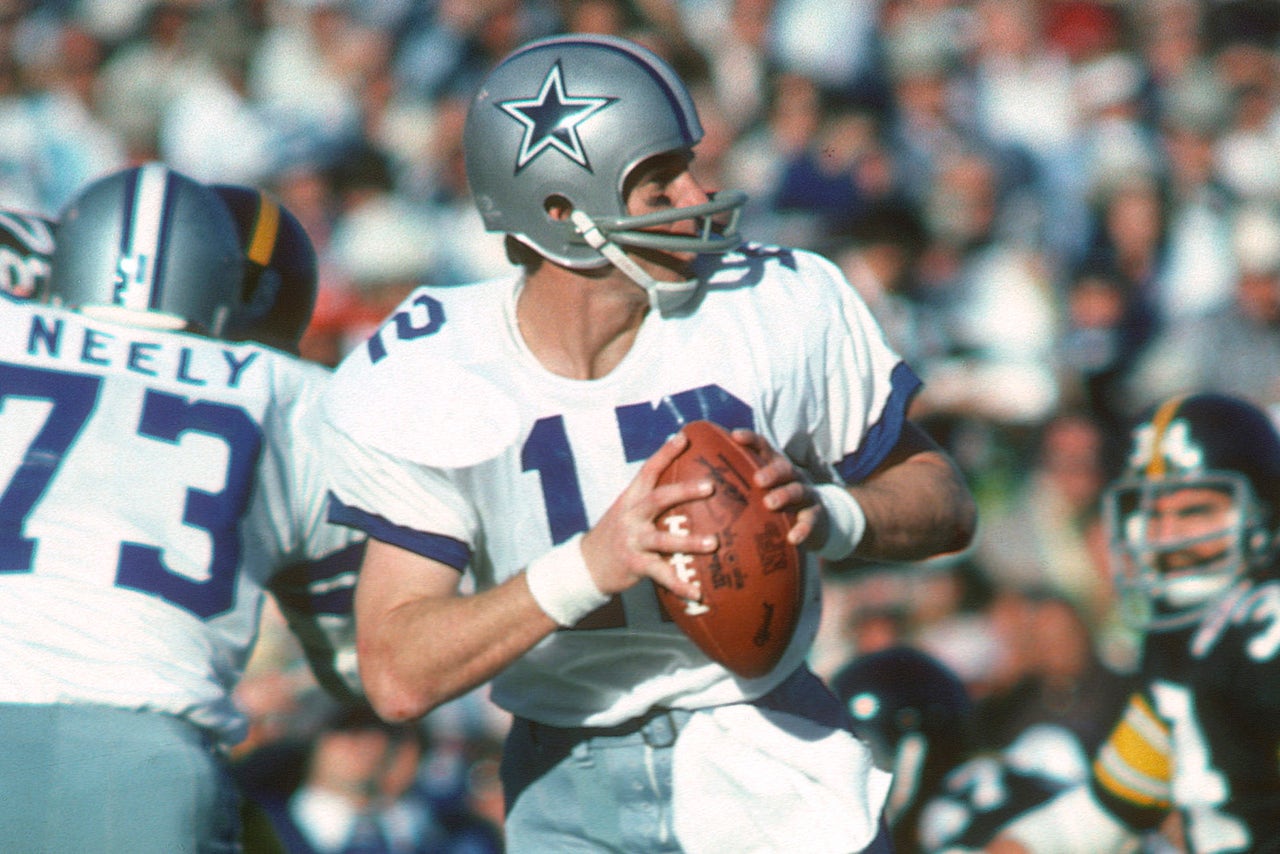 Shredded Cheese
The Packers have become the enigma of the NFL. Is this Green Bay team actually capable of competing for a Super Bowl?
56 mins ago

Rams Defense Dominates Brady On MNF
The clutch Brady of old was nowhere to be found Monday. Instead, Sean McVay's squad simply made the Bucs QB look old.
10 hours ago

Market Decline
Nothing seems to be trending in the right direction for Carson Wentz and the Philadelphia Eagles. Could a change be imminent?
15 hours ago

Sean Payton Is The NFL's QB Whisperer
Sean Payton has a body of evidence that suggests he knows exactly what he’s doing when it comes to the QB position.
16 hours ago

Commander in Chief
Mahomes and the Chiefs got their revenge Sunday, and proved that even a perfect game plan is not enough to stop them.
22 hours ago
those were the latest stories
Want to see more?
View All Stories
Fox Sports™ and © 2020 Fox Media LLC and Fox Sports Interactive Media, LLC. All rights reserved. Use of this website (including any and all parts and components) constitutes your acceptance of these Terms of Use and Updated Privacy Policy. Advertising Choices. Do Not Sell my Personal Info