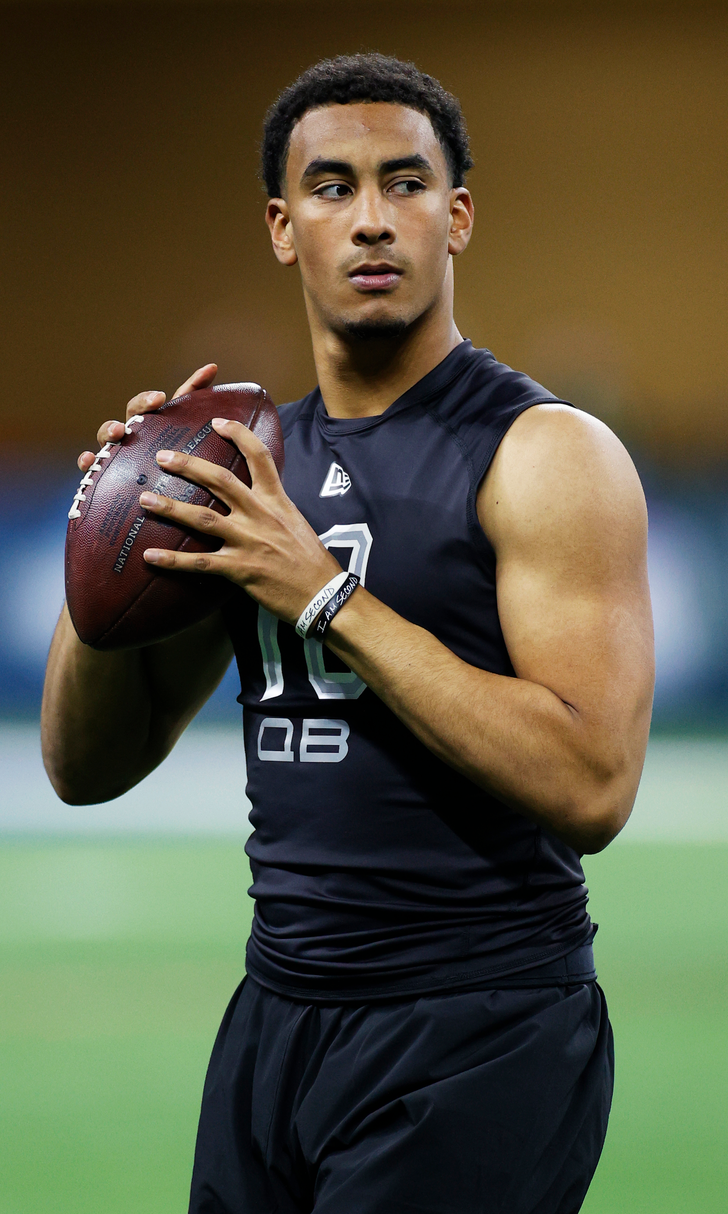 The consensus on Friday morning is that Aaron Rodgers isn't feeling the Love.

The Green Bay Packers pulled off the biggest stunner of the night in Round 1 of the 2020 NFL Draft on Thursday, trading the 30th and 136th picks to Miami for the 26th pick.

And with that 26th pick, they drafted the position at which they are most stable, taking Utah State quarterback Jordan Love, who will presumably succeed Packers superstar QB Aaron Rodgers in the coming years.

Heading into the draft, Love's abilities were lauded by many draft analysts, several of which had him going earlier in the first round.

His senior year performance at Utah State was shaky, tossing 20 touchdowns to go along with 17 interceptions, but as a junior, he threw for 3,567 yards, 32 touchdowns and only 6 interceptions.

Despite Love's arm talent and flashes of brilliance in college, the pick was met with collective shock and awe.

Put Skip Bayless in the camp of folks who believe Love's selection is a sign of things to come for the 36-year old Aaron Rodgers.

On Friday morning, Bayless said that Green Bay trading up to draft love should serve as the brightest of red flags for Rodgers.

"[The Packers] didn't just sit still and say, 'Oh look, Jordan Love fell in our lap. They spent a fourth round pick to trade up from 30 to 26 to swipe him ... Aaron Rodgers, you're on the clock. Your clock is ticking."

Nick Wright agreed with Bayless, including the 'slap in the face' part.

"[The Packers] were 13-3 last year. If you include the playoffs, you were 14-2 against the whole league not named San Francisco ... You were a game away from going to the Super Bowl ... Instead of saying, 'How can we get past San Francisco,' you're planning for the future?"

Adam Schefter addressed the situation on Friday morning, pointing to the fact that Love's selection represents the first time the Packers have picked a skill position in the first round since drafting Rodgers in 2005.

Now, let's be clear – there is precedent for the Packers franchise making this kind of move.

In fact, when Rodgers was drafted in 2005, Green Bay already had a legendary quarterback then, too.

Could they be looking to pull it off again?

"[The Packers] know Rodgers wants to play until he's 40. They know he's got four more years on his contract. But they don't know when's the next time they're going to get a chance at the quarterback they really like."

If that is indeed the case in Green Bay, and it worked out so well the last time, is it really that bad of a move?

Former NFL coach Eric Mangini went as far as to say it was a great move, considering the Packers will exist beyond Aaron Rodgers' playing days.

"There are people that are in charge of running the team and looking out for it, not just in the short-term but for the long-term as well ... It's a deep wide receiver draft, so you still feel like you can get quality help for your current quarterback in later rounds."

Sports Illustrated's Jenny Vrentas wrote Friday morning that despite the Packers' success last season and Rodgers' belief that their Super Bowl window remains open, the Love selection proves that the Green Bay front office is not seeing eye-to-eye with its long-time QB. Considering Rodgers' age and slight drop-off, the future must be taken into consideration in the present.

"The other side of the coin is that despite the team’s success last season, Rodgers couldn’t always summon the magic that has defined his career. Opposing teams noticed him missing some of those special throws he’d built his legend on making seem routine."

The jury is still out on how Rodgers feels about the move, but what we do know is that he will be the starter for Green Bay this upcoming season.

How long will he remain the starter after that?

We'll have to wait to get that verdict.