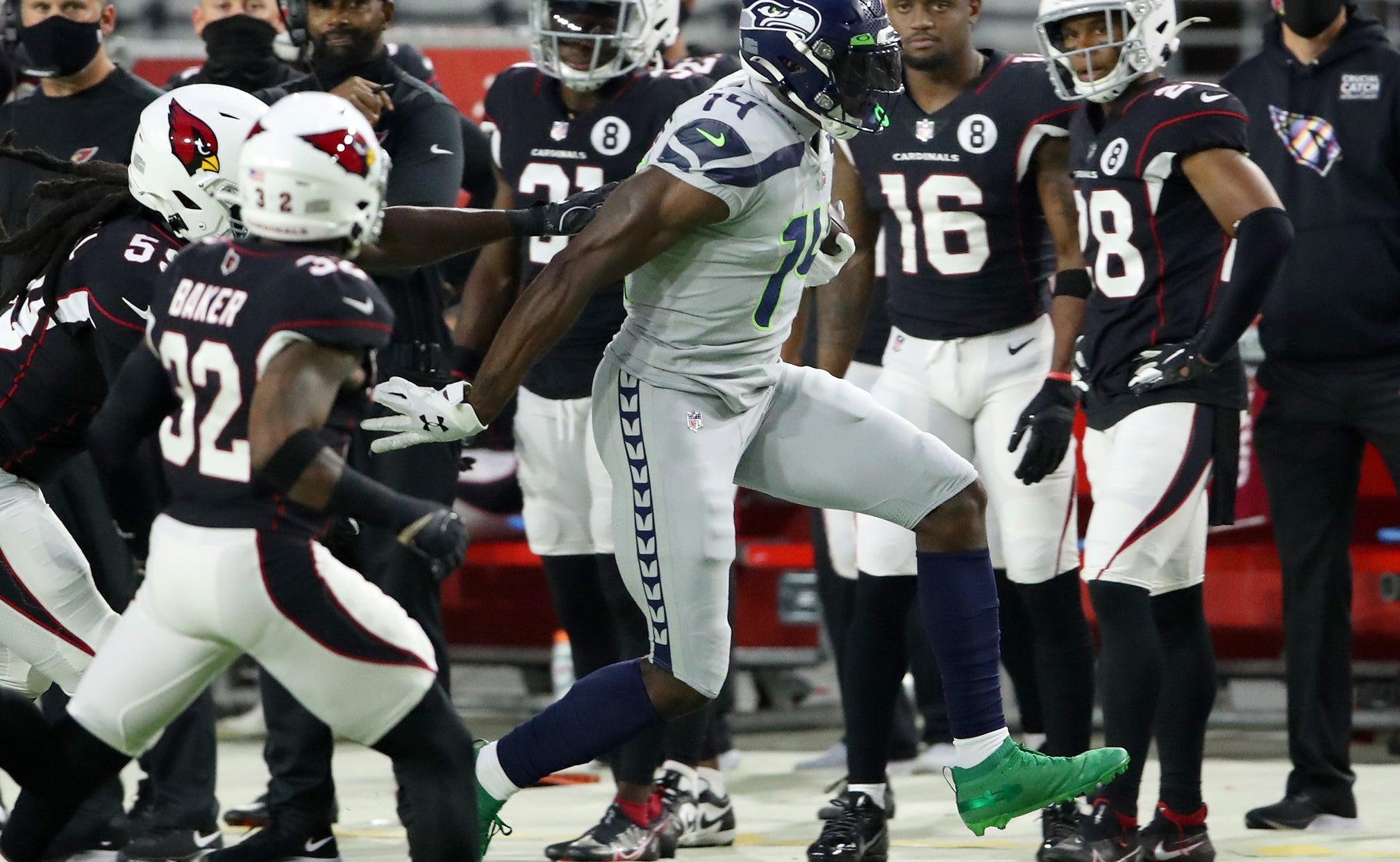 Give DK a capital 'E' for effort.

But the two superstar quarterbacks couldn't stack up to the 6'4" DK Metcalf, Seattle's dynamo of a receiver – and apparently, one of its best defensive players.

After this interception of Wilson by Arizona safety Budda Baker, six points looked to be in order for the Cardinals.

Metcalf had other thoughts in mind.

Metcalf caught Baker after he had returned the pick 90 yards to the Seattle 8-yard line, meaning the Cardinals were well within scoring range even though Baker couldn't finish the play with points.

But, four plays later, the Seahawks stopped Arizona on fourth down, meaning Metcalf's effort was not in vain.

Naturally, social media lit up after Metcalf's chase-down of Baker:

And after the game, the praise continued – from Baker and more.

Unfortunately for Metcalf and the Seahawks, his hustle was a highlight amid a bizarre outcome.

The Cardinals forced overtime on a last-minute drive engineered by Murray, but kicker Zane Gonzalez missed a potential game-winning field goal after Arizona forced Seattle to punt on the first possession of OT.

An interception by rookie Isaiah Simmons gave Gonzalez a chance to redeem himself, and he knocked home a 48-yarder for the win.

Congratulations to the Cardinals on a thrilling victory, and to Metcalf for one of the plays of the year.