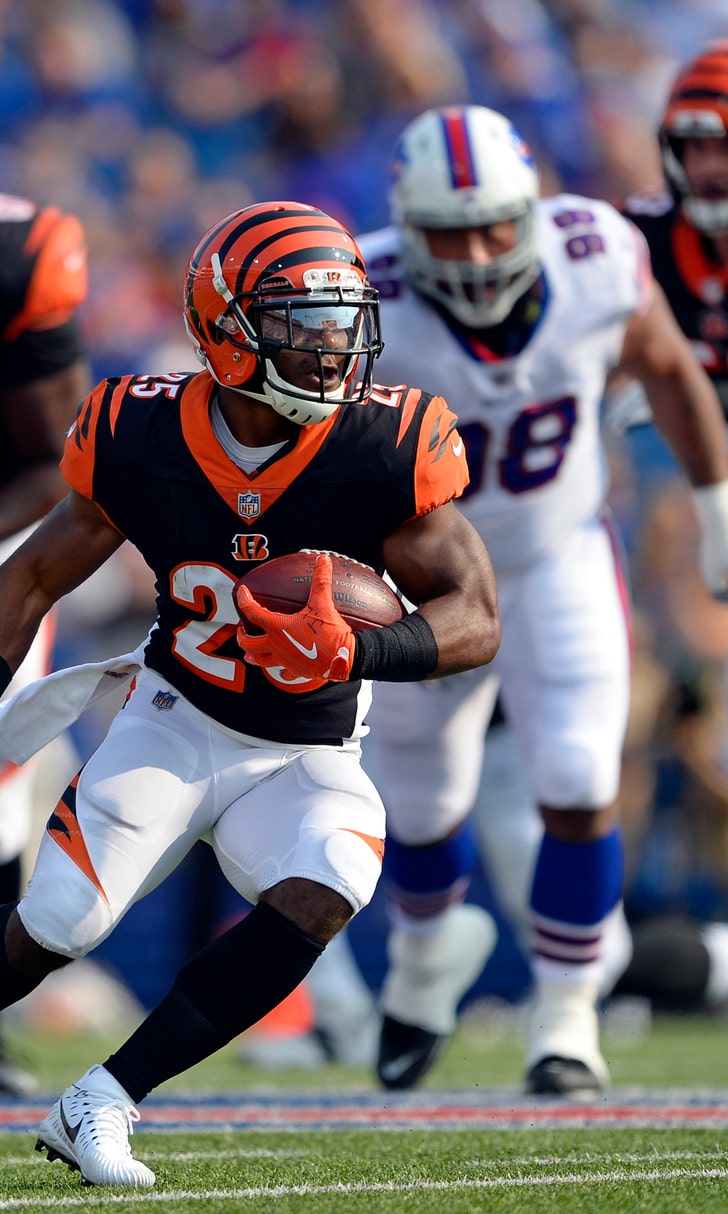 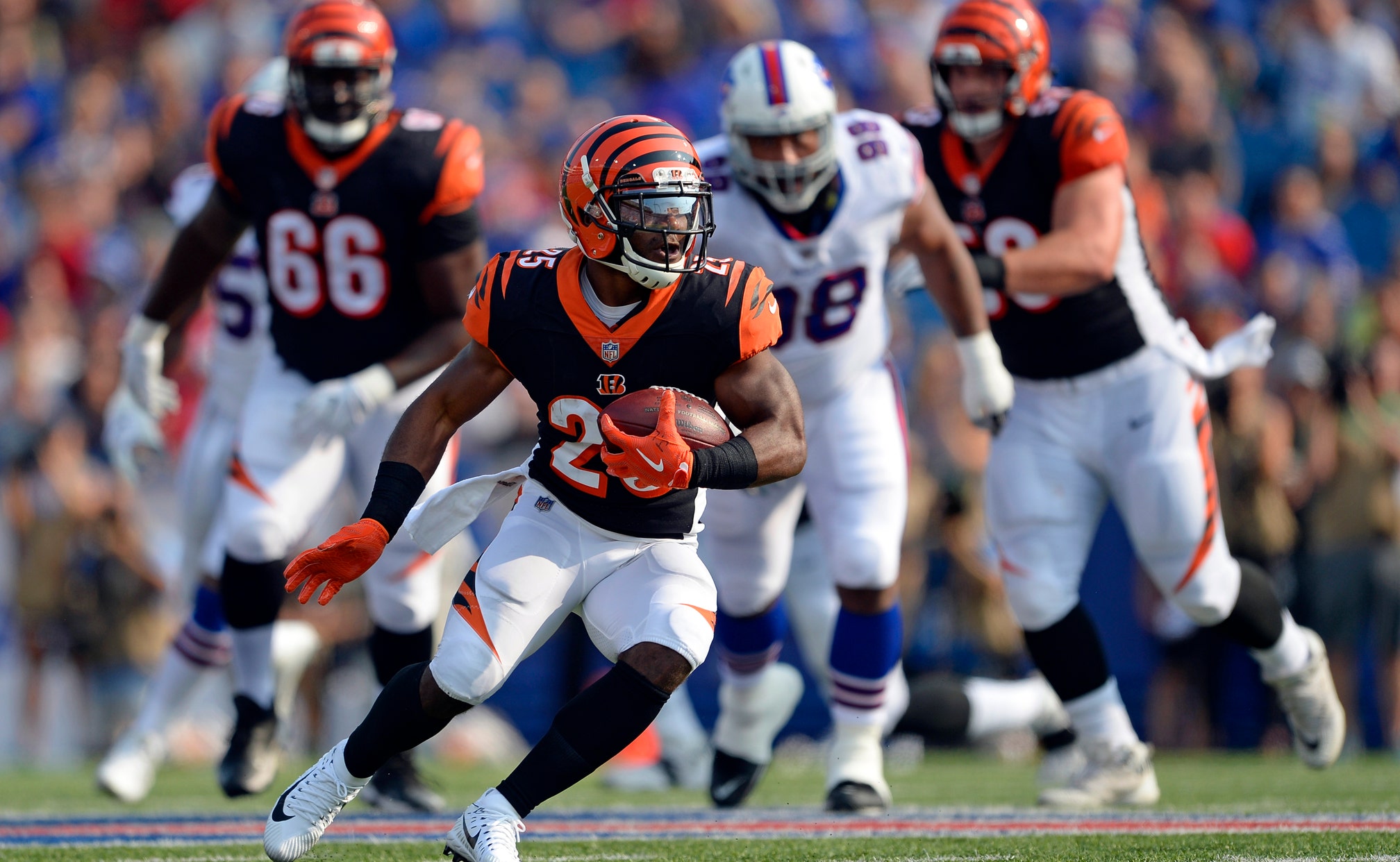 Unfortunately for the Falcons (1-2), Manuel has made similar comments too often in the first month of the season. Every week, it seems, the Atlanta defense has to adjust to another jarring injury .

After already placing four players on injured reserve, including three top starters on defense, the Falcons will attempt to regroup when they face quarterback Andy Dalton and the Cincinnati Bengals on Sunday.

Allen was hurt early in overtime of last week's 43-37 loss to New Orleans . The Falcons gave up 32 first downs and 534 yards as Saints quarterback Drew Brees took advantage of a depleted defense that already has lost safety Keanu Neal for the season and linebacker Deion Jones for at least eight weeks.

Defensive ends Takkarist McKinley and Derrick Shelby also were held out against New Orleans with groin injuries. McKinley is expected to play this week.

Players and coaches often recite "next man up" statements of hope, but that jargon carries little weight when that next man doesn't play like the starter he replaced.

"This time the next man has got to be ready to tackle," Manuel said. "We all saw that. It was nowhere near our standard a week ago."

The Bengals (2-1) have ample weapons to take advantage of replacement starters, even with running back Joe Mixon missing his second straight game following knee surgery.

Giovani Bernard is expected to start against an Atlanta defense unable to cover running backs out of the backfield for two straight weeks. Alvin Kamara (15 for 124 yards) and Carolina's Christian McCaffrey (14 for 102 yards) each had big receiving days against the Falcons.

The Falcons rank 27th overall on defense. The Bengals, only one spot better at 26th, have their own defensive concerns, especially on third down . Cincinnati has allowed opponents to convert 52 percent of third downs, worst in the NFL.

New Bengals defensive coordinator Teryl Austin saw indications of improvement against Carolina, when Cincinnati allowed only 2 of 7 conversions on third down in the second half.

"Believe it or not, I thought we were really close to fixing it this week," Austin said. "I think we'll have an opportunity to fix that. I think we'll be better next week."

Here are some things to look for in only the 14th meeting between the Bengals and Falcons:

The Bengals will rely heavily on Bernard for a second straight game. Bernard had 12 carries for 61 yards in the loss to Carolina, and caught five passes for 25 yards. One of Bernard's best games came in 2014 against the Falcons, when he had 169 scrimmage yards — 90 rushing, 79 receiving — during the Bengals' 24-10 win.

"It feels good to see all of us involved and we're moving the ball like we want to move it," Ridley said.

The Bengals get back linebacker Vontaze Burfict after the Atlanta game. He was suspended for the first four because he violated the NFL's policy on performance-enhancing substances.

Damontae Kazee and Jordan Richards will be Atlanta's starters at the safety spots. Wes Schweitzer took over for Levitre last week. Rookie linebacker Foye Oluokun moves into the lineup in Atlanta's base defense, though nickel back Brian Poole started last week.

Three former Alabama players will be lined up in the passing game with a little nostalgia and pride on the line . Atlanta receiver Julio Jones was the sixth overall pick in 2011 out of Alabama, where cornerback Dre Kirkpatrick guarded him in practice. Kirkpatrick went to Cincinnati with the 17th overall pick a year later. Ridley also is from Alabama.

Kirkpatrick said "Bragging rights and everything" will be on the line.

The NFC East's Pain Is Your Gain
As he makes his Week 13 picks, Geoff Schwartz offers up a tasty wager against every single team in the "NFC Least."
3 hours ago

How To Win $100,000 In NFL Week 13
Before he makes his Super 6 picks for this week, Jason McIntyre compares the top teams in the NFL to pop culture.
6 hours ago