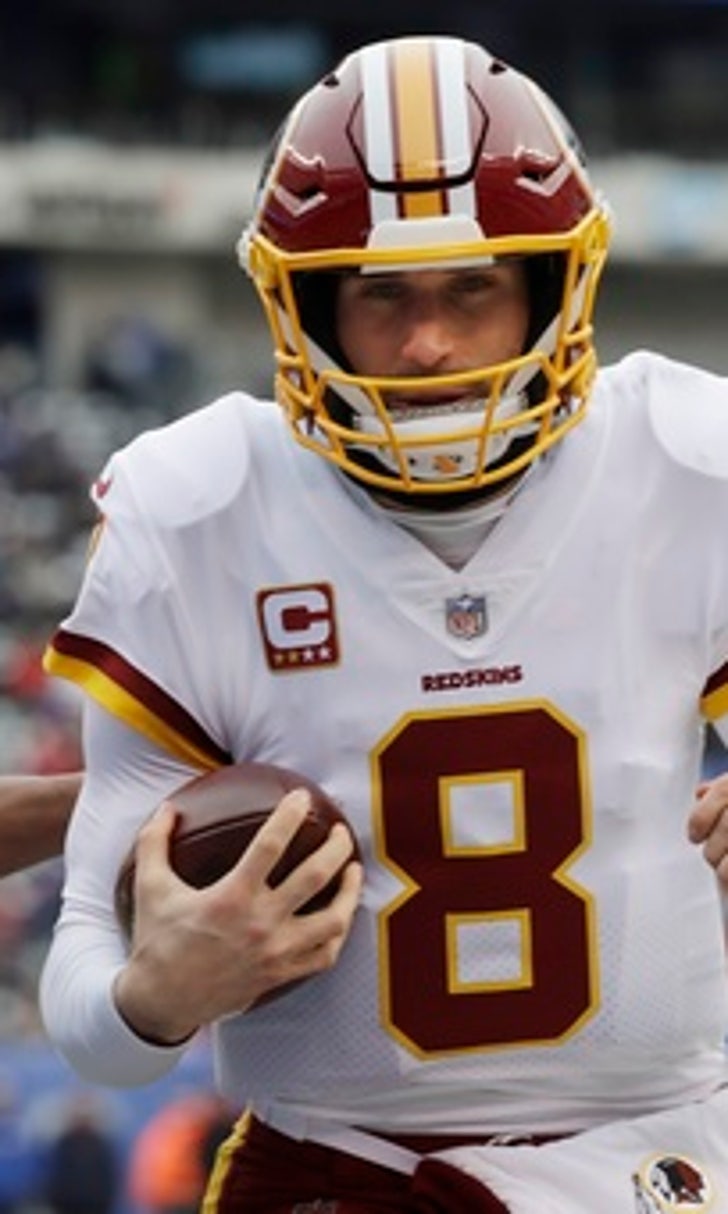 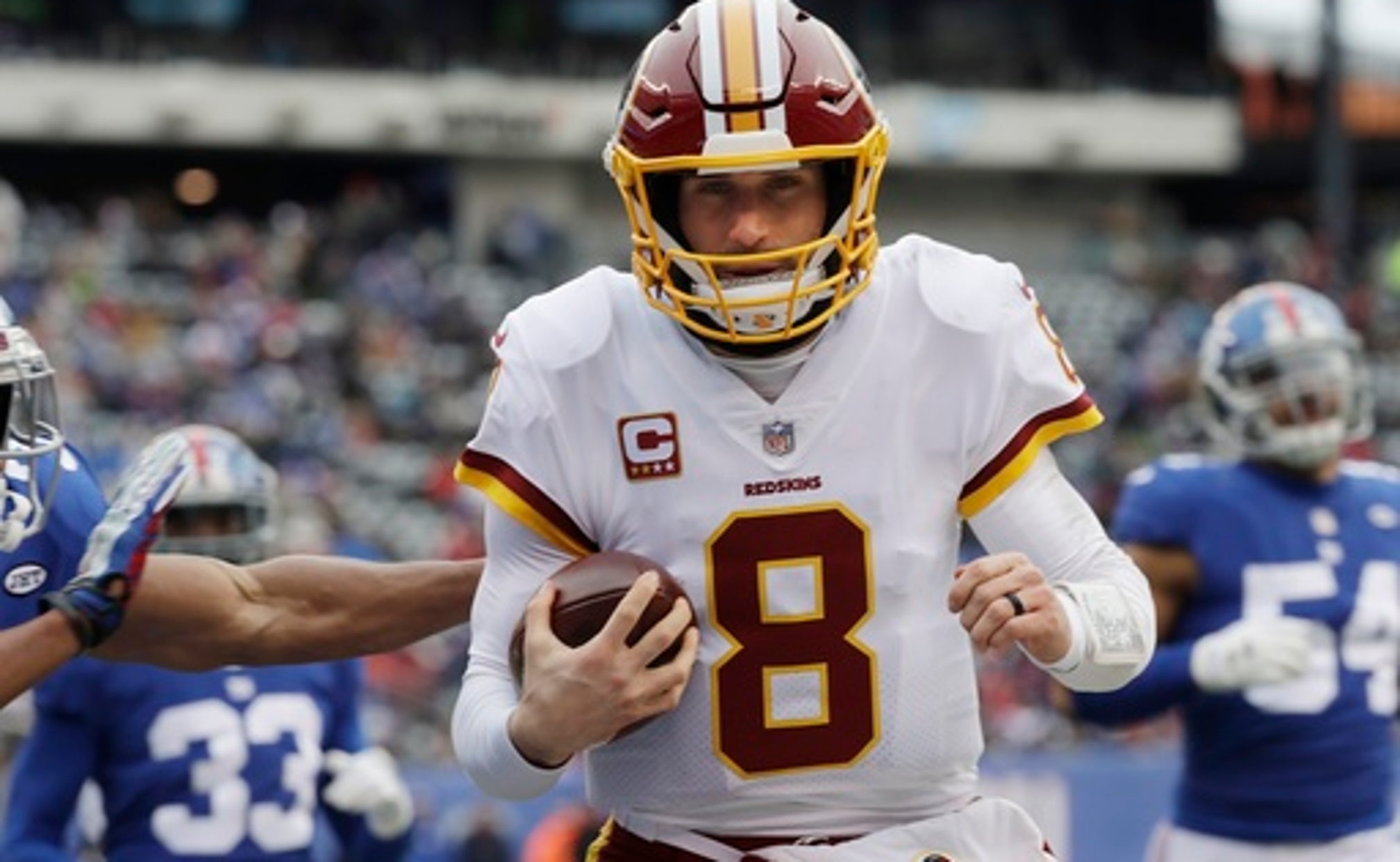 Cousins ready for waiting game with Redskins this offseason

VIENNA, Va. (AP) Kirk Cousins says he is likely to wait until March for any possible negotiations with the Washington Redskins, indicating he would first make the team decide whether to apply a transition or franchise tag on him for the third year in a row.

Appearing at a fan forum aired live on 106.7 The Fan, the local radio station on which the quarterback makes weekly regular-season appearances, Cousins said Friday he believes the Redskins are ''all-in'' on trying to sign him to a long-term contract.

''I see us taking our time. I see us waiting and being patient,'' Cousins said.

''Let's see what they do,'' he added later during the nearly two-hour question-and-answer session. ''I don't need to force anybody's hand.''

He said his agent, Mike McCartney, counseled him to decline the team's attempt to reach a lengthy deal late in the 2015 season, Cousins' first as an NFL starter. Cousins also rejected the notion that there was any lingering hesitancy on the Redskins' part about whether they wanted to try to keep him.

''I think they were all-in last summer,'' Cousins said. ''I feel at peace about their belief in me and where they're going forward from here.''

Washington went 9-7, 8-7-1 and 7-9 in Cousins' three seasons as its starting QB after taking over for Robert Griffin III, the Heisman Trophy winner taken with the No. 2 overall pick in the 2012 draft. Cousins was picked in the fourth round that year out of Michigan State and began his pro career as a backup.

But under coach Jay Gruden, Cousins became the first Redskins quarterback to start all 16 games in each of three consecutive seasons. He topped 4,000 yards passing in each, while totaling 81 touchdowns and 36 interceptions.

After Cousins closed this season with a three-interception game in a loss to the New York Giants, Gruden offered a tepid assessment of the player earlier this week, saying: ''When you're 7-9, it's hard to say, `Wow, this guy really was outstanding.'''

Cousins didn't hide Friday that he was bothered by that, questioning whether it is proper to imply that the team's losing record and its ''quarterback play are causally related.''

The 29-year-old's status is the biggest question hovering over Washington's offseason. He has played each of the past two seasons on a franchise tag - the first QB ever to be assigned that label twice in a row - and earned nearly $44 million in the process. The Redskins were not allowed to negotiate with Cousins during the season, but now that their games are done, they can make offers.

One option is an unprecedented third franchise tag, which locks him in at one more season with the club and comes at a prohibitive cost of about $34 million. Another option is a transition tag, which would be worth about $28 million, but would let Cousins entertain offers from other teams, while giving Washington the right to match.

If he is tagged yet again, Cousins said he anticipates that he would sign it right away, the way he did each of the past two years.

The sides also could try to reach an agreement for multiple years.

''There's a part of me that would like to get settled,'' Cousins said, adding later: ''You can only go year-to-year for so long.''

The GOATS, the bad and the Jets
Charlotte Wilder recaps a wild NFL Sunday, including a battle of QB legends, a bevy of QB struggles and one hapless, winless team.
2 days ago
those were the latest stories
Want to see more?
View All Stories
Fox Sports™ and © 2020 Fox Media LLC and Fox Sports Interactive Media, LLC. All rights reserved. Use of this website (including any and all parts and components) constitutes your acceptance of these Terms of Use and Updated Privacy Policy. Advertising Choices. Do Not Sell my Personal Info