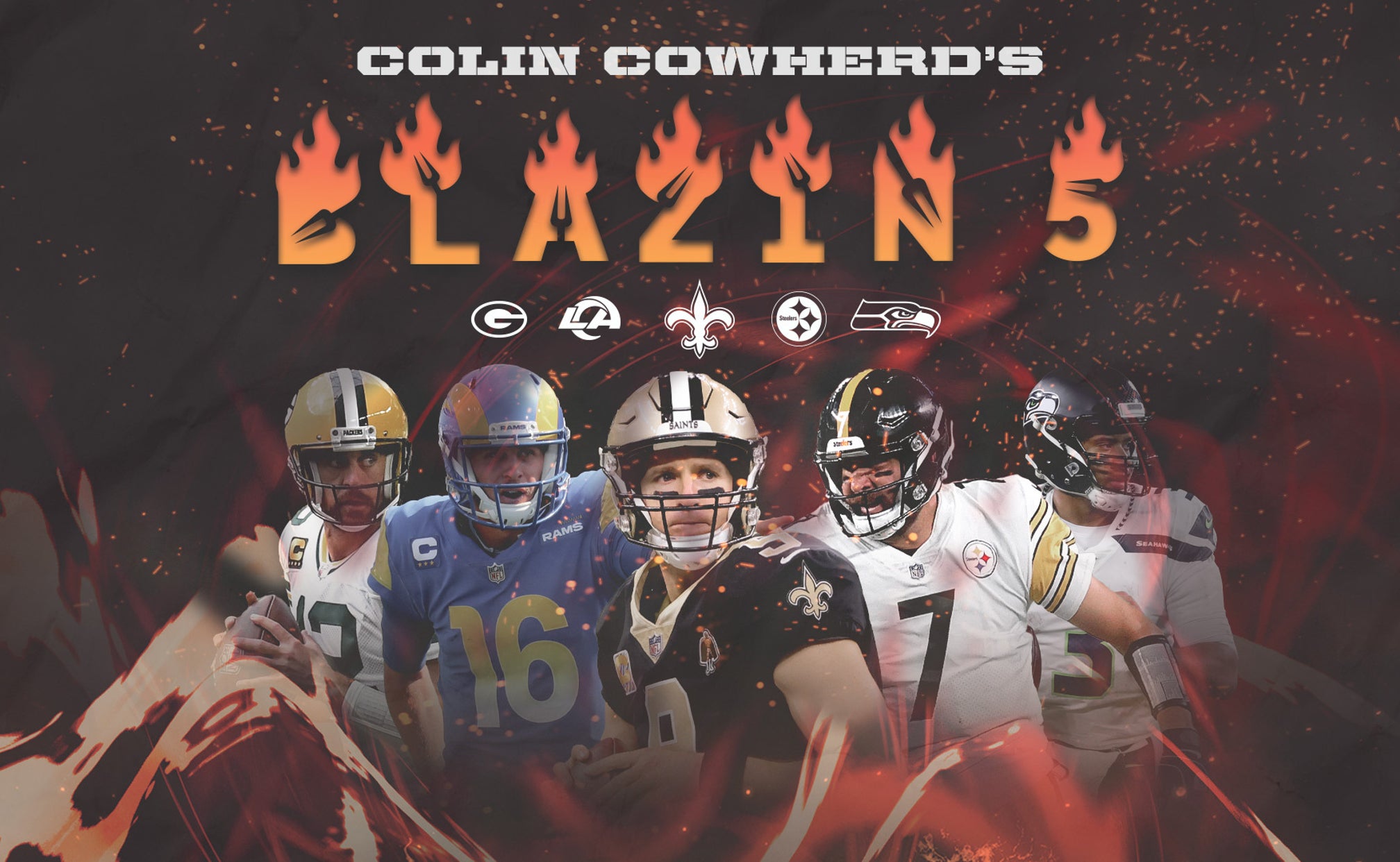 A heavyweight matchup between two undefeateds – the Tennessee Titans and Pittsburgh Steelers – highlights NFL Sunday, while the Seattle Seahawks also hope to keep their perfect record intact against the Arizona Cardinals.

Colin Cowherd arrives with his latest Blazin' 5, giving his favorite picks of the weekend against the spread.

The Packers are 10-0 against the spread following a game where they didn’t cover. 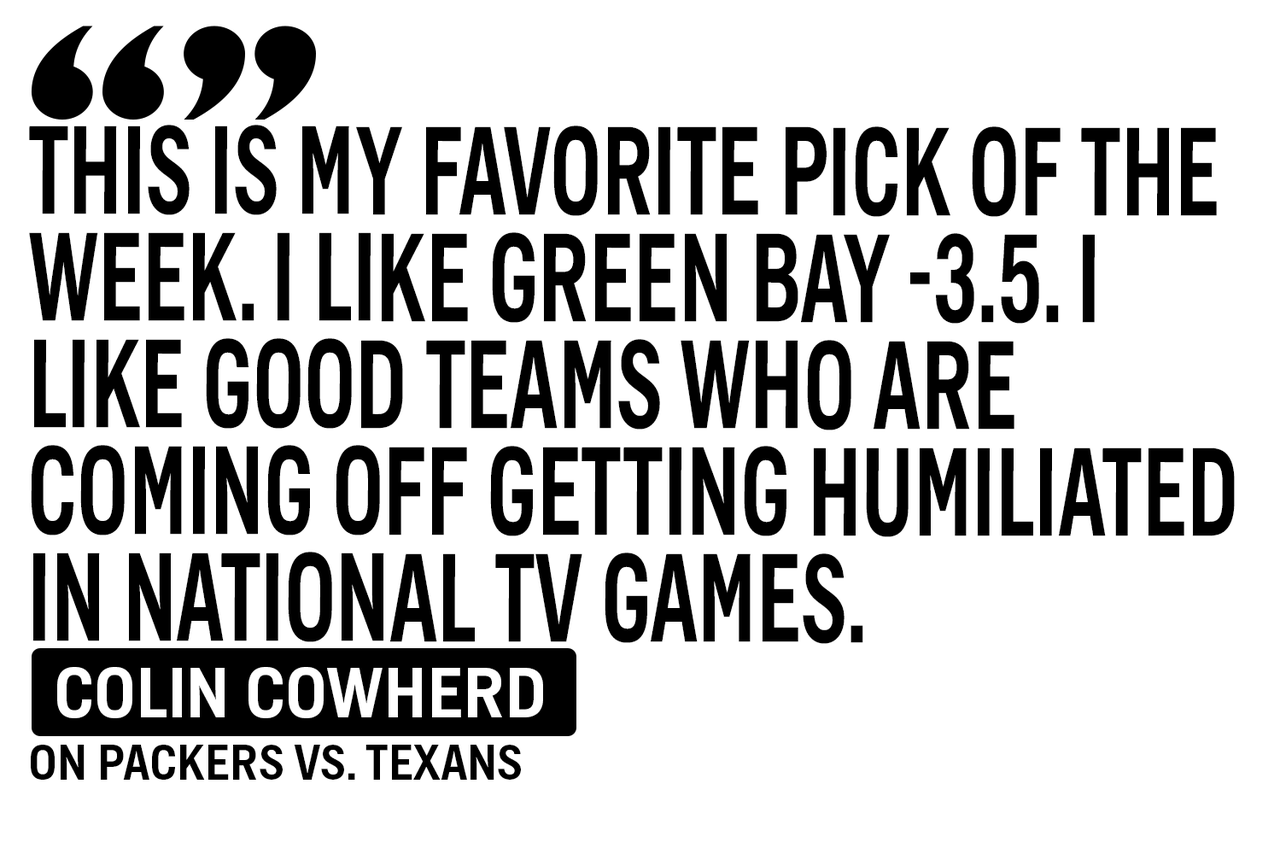 The Texans have allowed at least 30 points in four of their six games this season, and Houston is giving up an average of 424.0 yards per game (30th in the league).

Green Bay won the only matchup between these two teams in the past six years.

Defensively, the Steelers have allowed the third-fewest points per game (18.8) and the second-fewest rushing yards per game (66.2).

However, Pittsburgh's Ben Roethlisberger is posting career-highs in completion percentage (69.1) and passer rating (109.1). 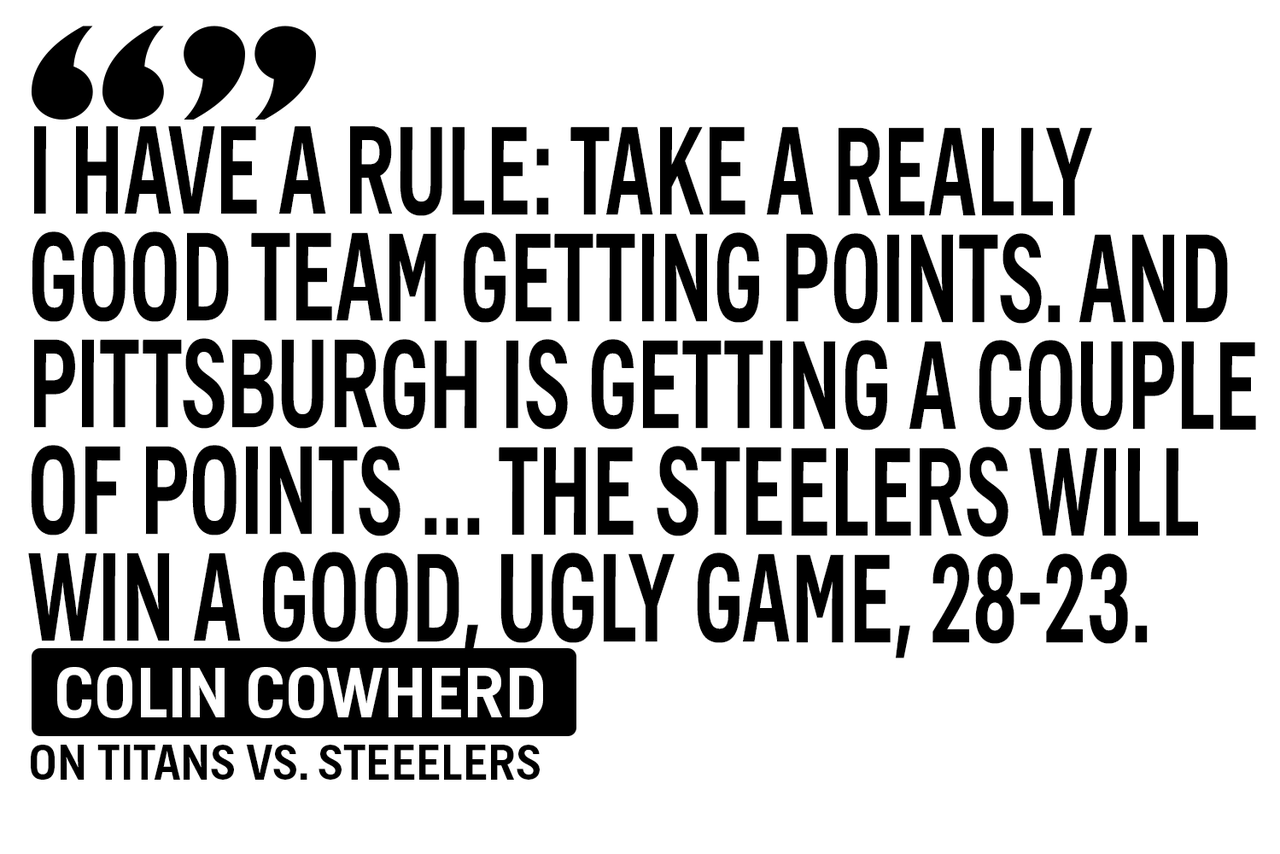 The Saints are the fifth-highest scoring team in the league this year (30.6).

New Orleans running back Alvin Kamara has four straight games of at least 100 yards from scrimmage, the longest active streak in the NFL. He also leads all running backs in receiving yards this season with 395.

In addition, NOLA quarterback Drew Brees is third in the NFL in completion percentage (71.0). 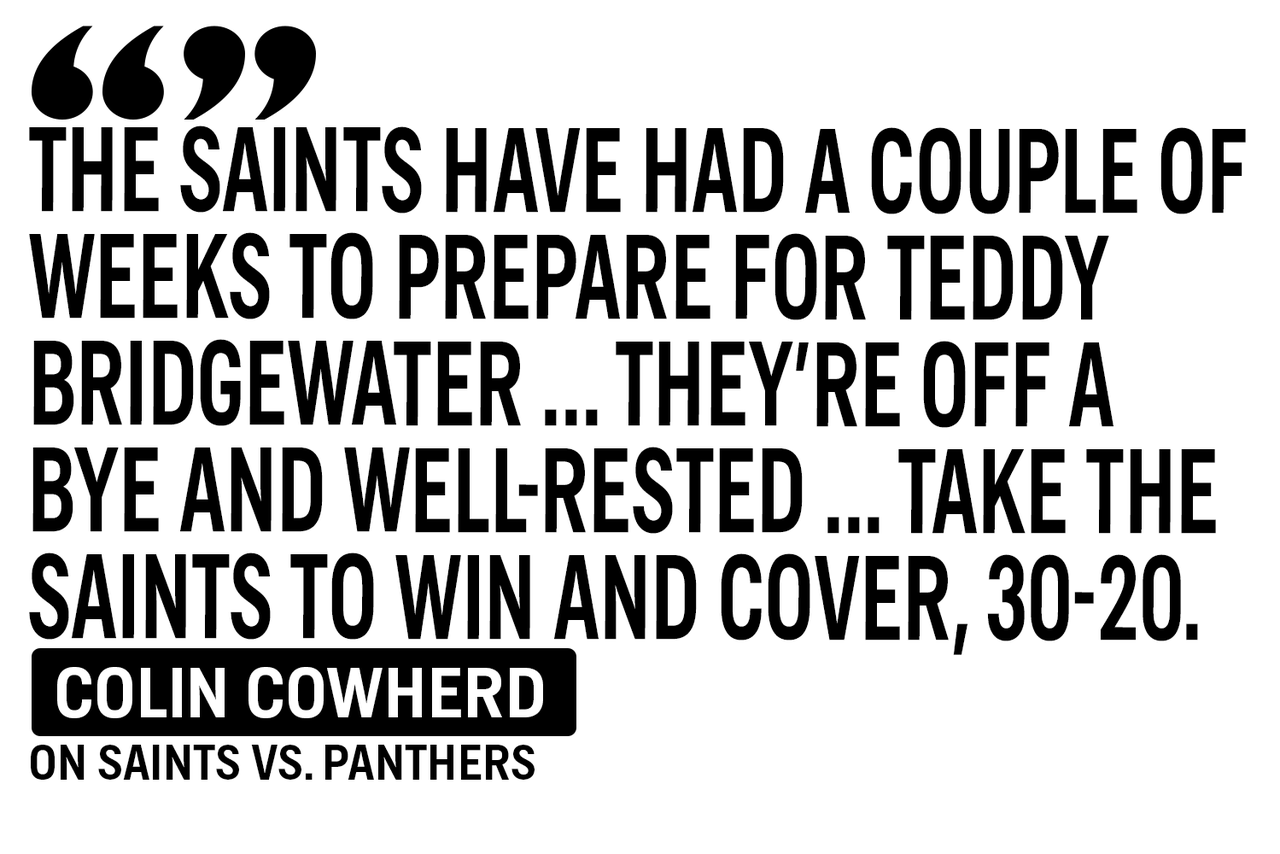 Seattle boasts the No. 1 scoring offense in the league, averaging 33.8 points per game. 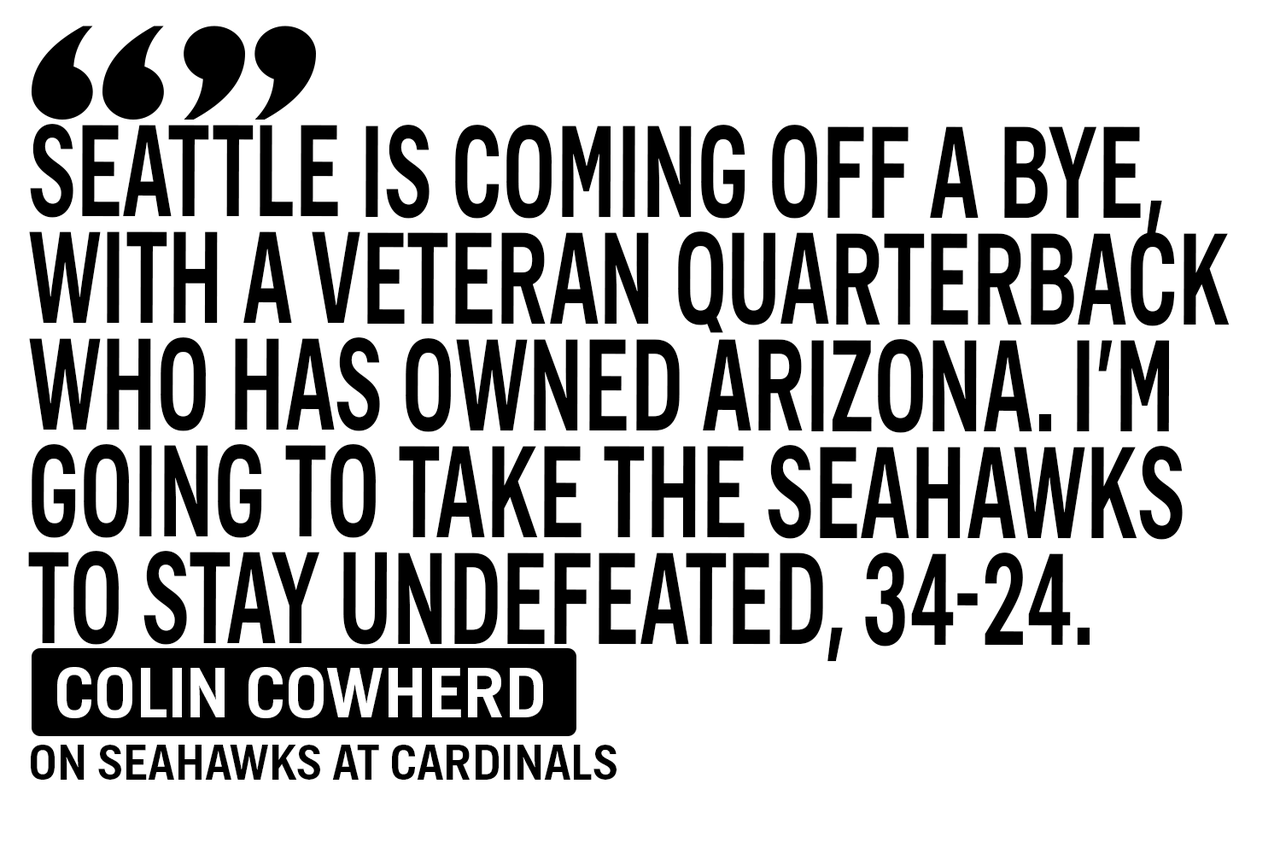 Wilson's 19 passing touchdowns are second-most through a team's first five games in league history. He needs three against the Cardinals to tie the record for the most through a franchise's first six games of the season (Peyton Manning, 22).

Seattle has won nine of its last 10 regular season away games, and coming off a bye, the Seahawks are 4-0 over the last four years.

But Los Angeles has defensive tackle Aaron Donald, who leads the NFL in sacks this season (7.5).

And Chicago's Nick Foles has thrown at least one interception in five straight games, the longest streak in the NFL. 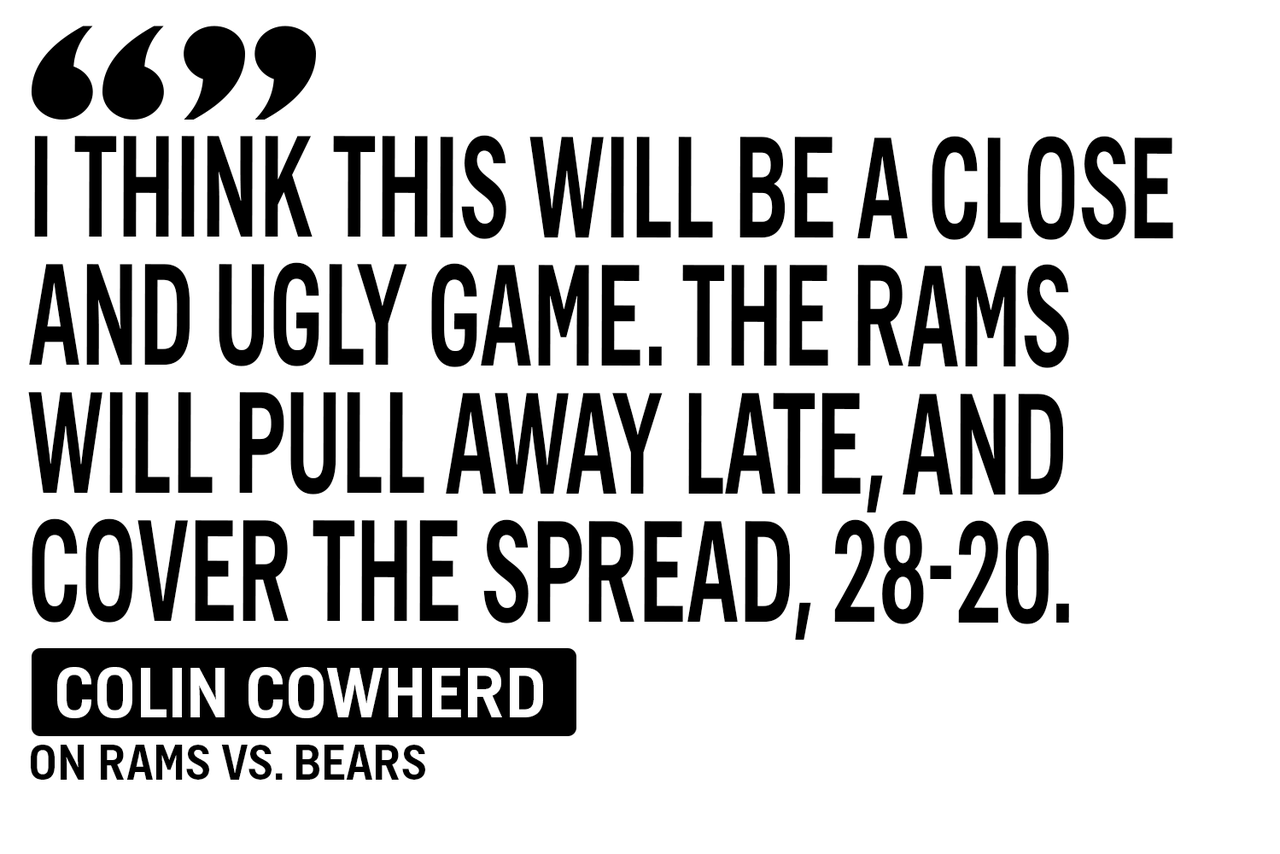 Calling On Superman
The Patriots might have a shot at the postseason, but missing the playoffs shouldn't be the only concern for the franchise.
32 mins ago

Personal Offense
DK Metcalf took a supposed compliment from an Eagles coach and used it to light a fire on Monday Night. Here's what went down.
4 hours ago

Seahawks Edge Eagles As Wentz Struggles
A late Hail Mary couldn't help the Eagles, even if it spelled a backdoor cover. Is it time for Philly to make a QB change?
16 hours ago

Club Shay Shay Reaches Major Milestone
Shannon Sharpe wants to thank you, the fan, for the club's incredible growth, as we share some of the best moments so far.
18 hours ago
those were the latest stories
Want to see more?
View All Stories
Fox Sports™ and © 2020 Fox Media LLC and Fox Sports Interactive Media, LLC. All rights reserved. Use of this website (including any and all parts and components) constitutes your acceptance of these Terms of Use and Updated Privacy Policy. Advertising Choices. Do Not Sell my Personal Info