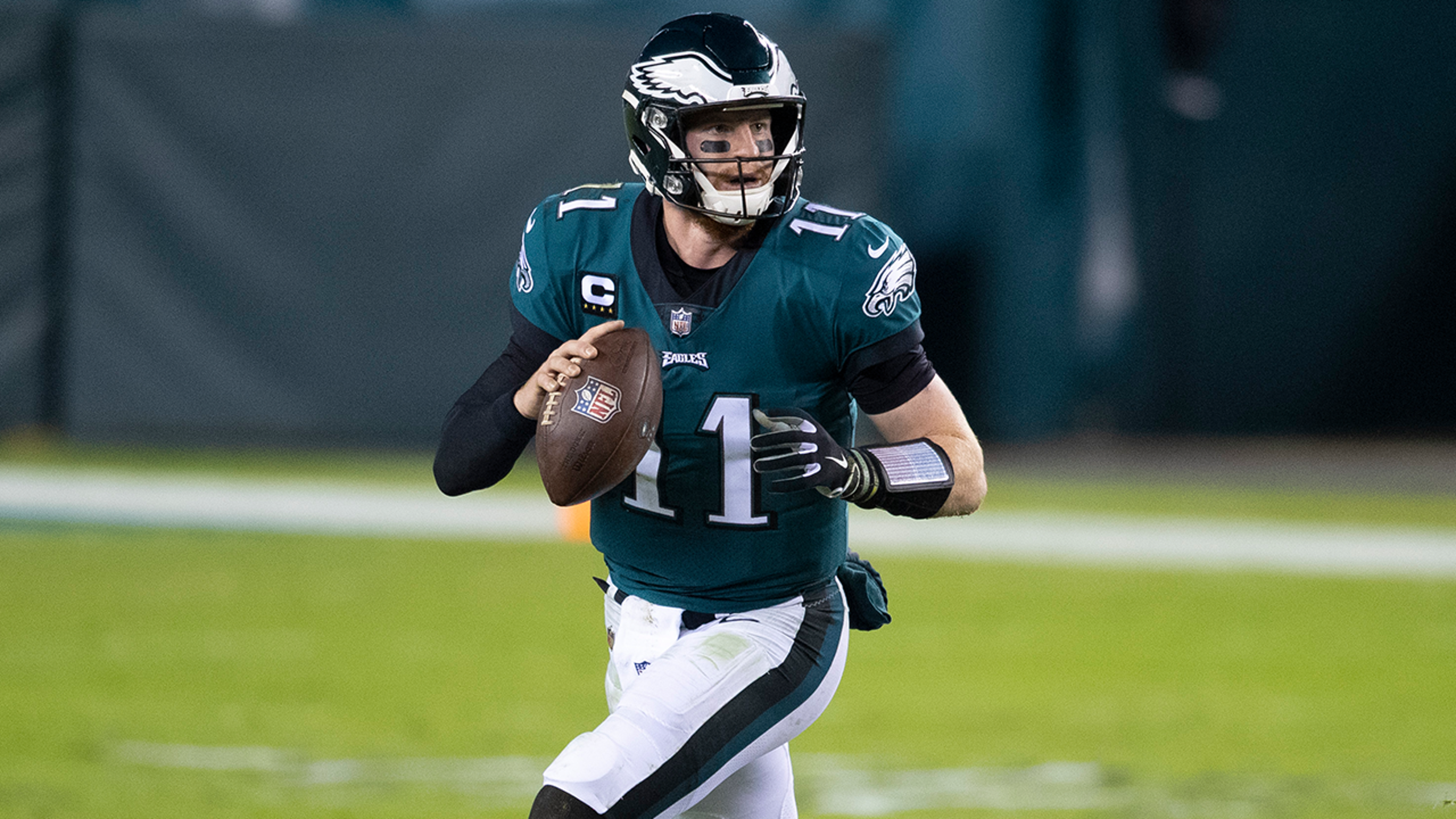 Pro Tip: Colin Cowherd likes Washington Football Team (+7) to cover against the Pittsburgh Steelers – but that pick didn't make it into his Blazin' 5.

So let's check out which teams did for Week 13 of the NFL season, with all odds via FOX Bet.

Cleveland and Tennessee both sit at 8-3 heading into the matchup, and this season, both are known for a similar style of smashmouth football.

But Cleveland has the upper hand on the other side of the ball, as the Browns rank in the top 10 in rushing defense, limiting teams to 108.2 yards per game (ninth). 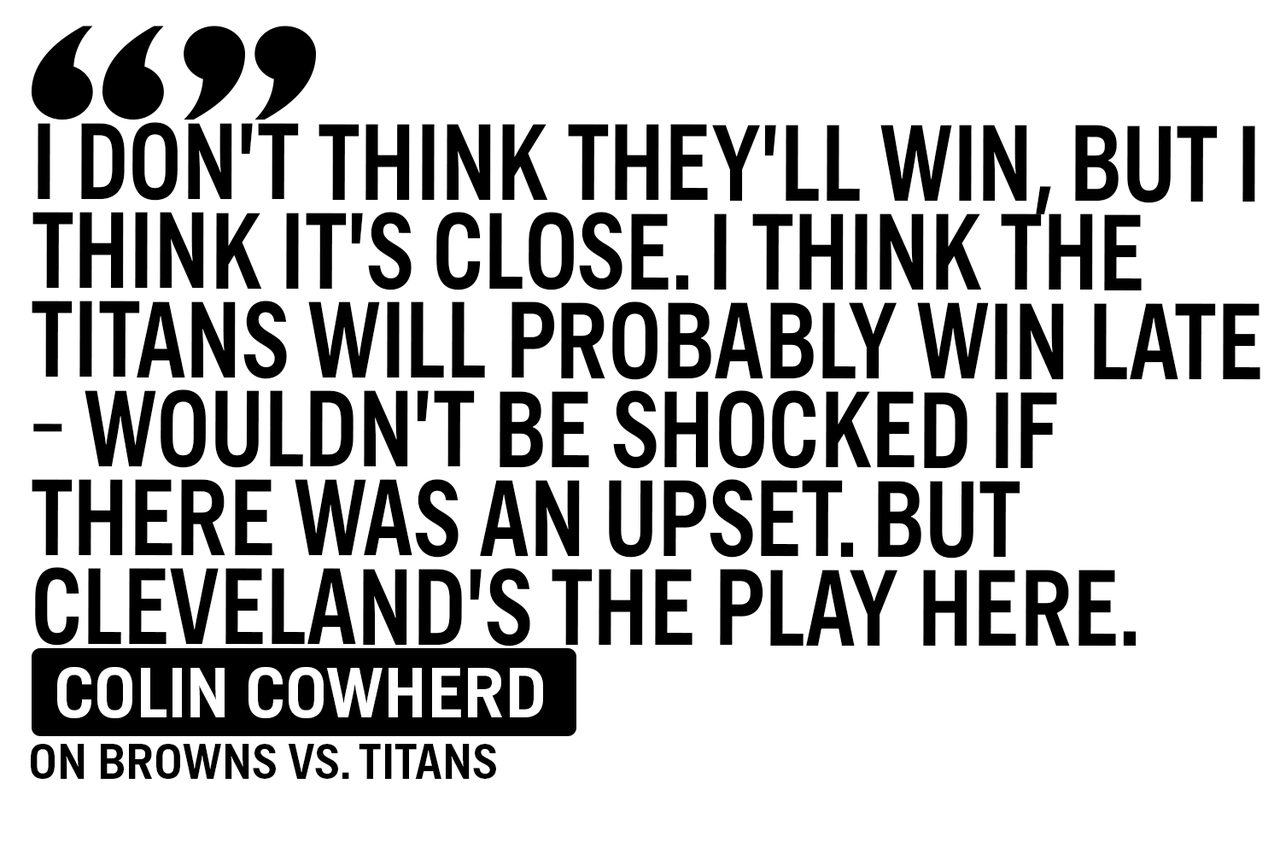 In addition, the Titans have the most giveaways in the league (five), while the Browns are tied for fifth-most total takeaways (17).

Finally, Tennessee is just 5-6 against the spread this season.

LA is also tied for fourth in the NFL with 14 total takeaways, and defensive tackle Aaron Donald boasts the second-most sacks in the league (10).

In addition, Los Angeles has not lost consecutive games this season. 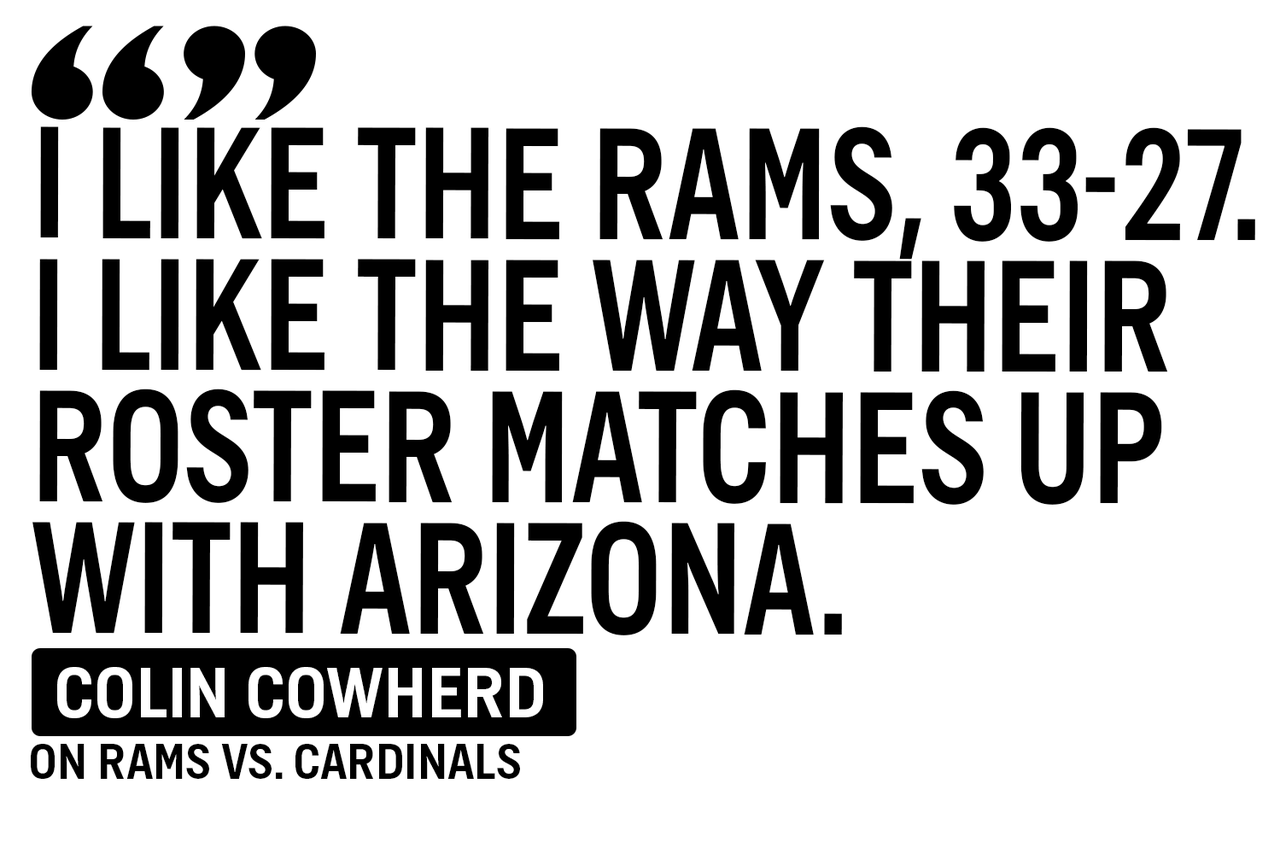 In the last four games, the Cards have gone 0-4 against the spread.

Bill Belichick is 24-5 against rookie quarterbacks and 10-0 in his last 10 games against them, as the last rookie QB to beat Belichick was Geno Smith in 2013.

The Chargers are coming off a loss to the Bills and are now 2-8 straight up over their last 10 games, including 0-5 against the spread in their previous five. 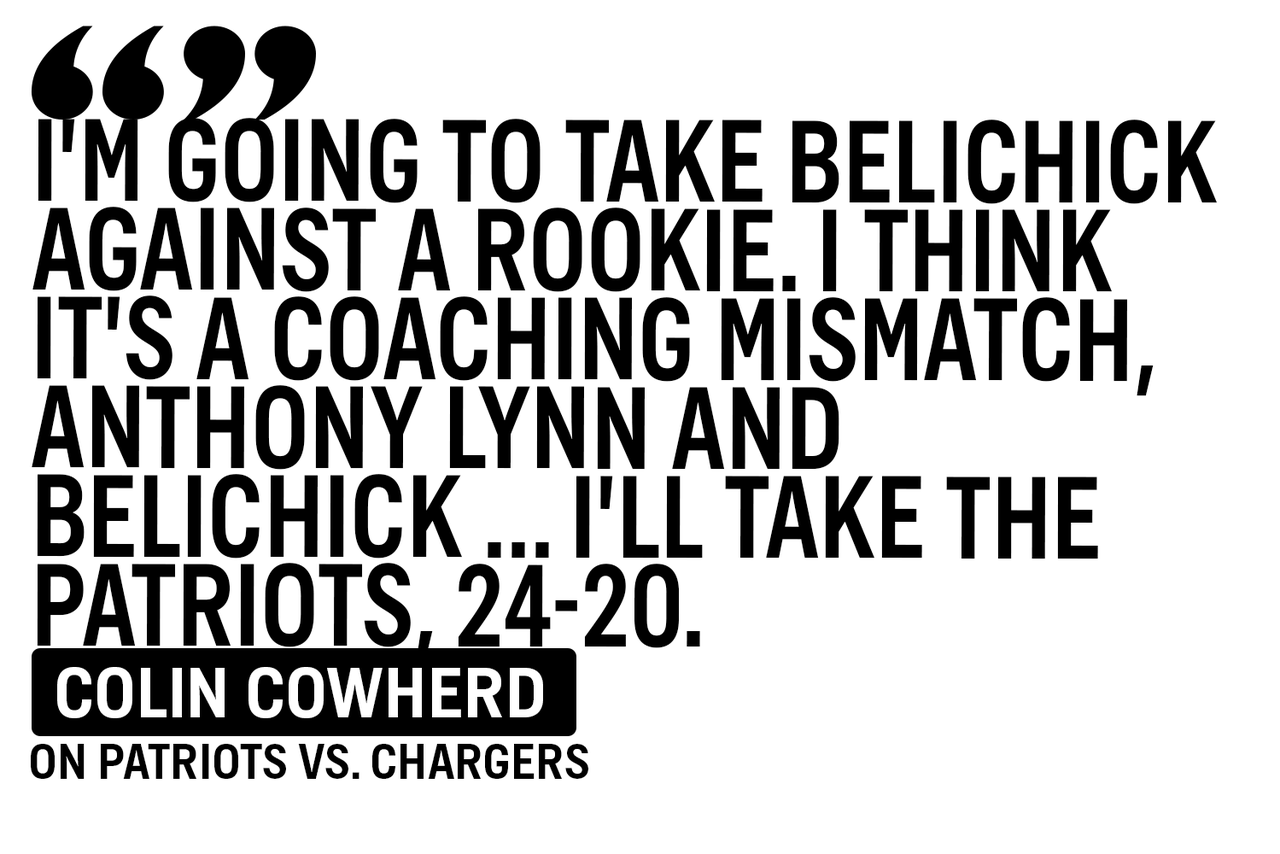 On the other hand, the Patriots have closed out three wins in their last four contests, including victories against Arizona (6-5) and Baltimore (6-5).

The 3-7-1 Philadelphia Eagles are still in the hunt for the NFC East Division title.

And, the Eagles beat the Packers in Week 4 of last season when they picked off Rodgers at the goal line with 20 seconds left to seal the victory. 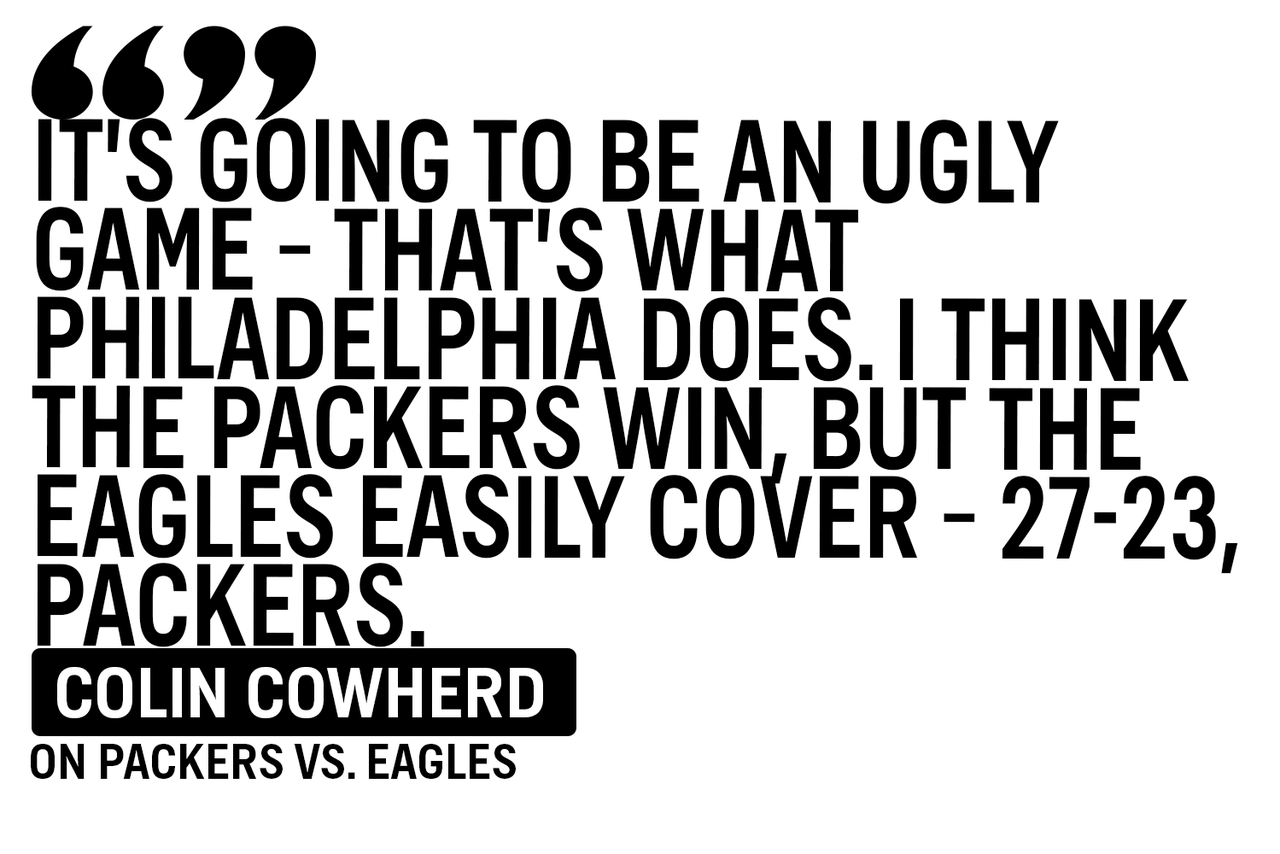 Not to mention, the Philly defense is tied with Washington for second-most sacks at 36.

Philadelphia is 3-2 ATS as underdogs this season.

The Niners are coming off a 23-20 overtime win against the Rams, leaving them just one game shy of a playoff spot in the tight NFC.

The 49ers need the win, and it could be a trap game for the Bills, who have a Week 14 date with the currently-undefeated Pittsburgh Steelers. 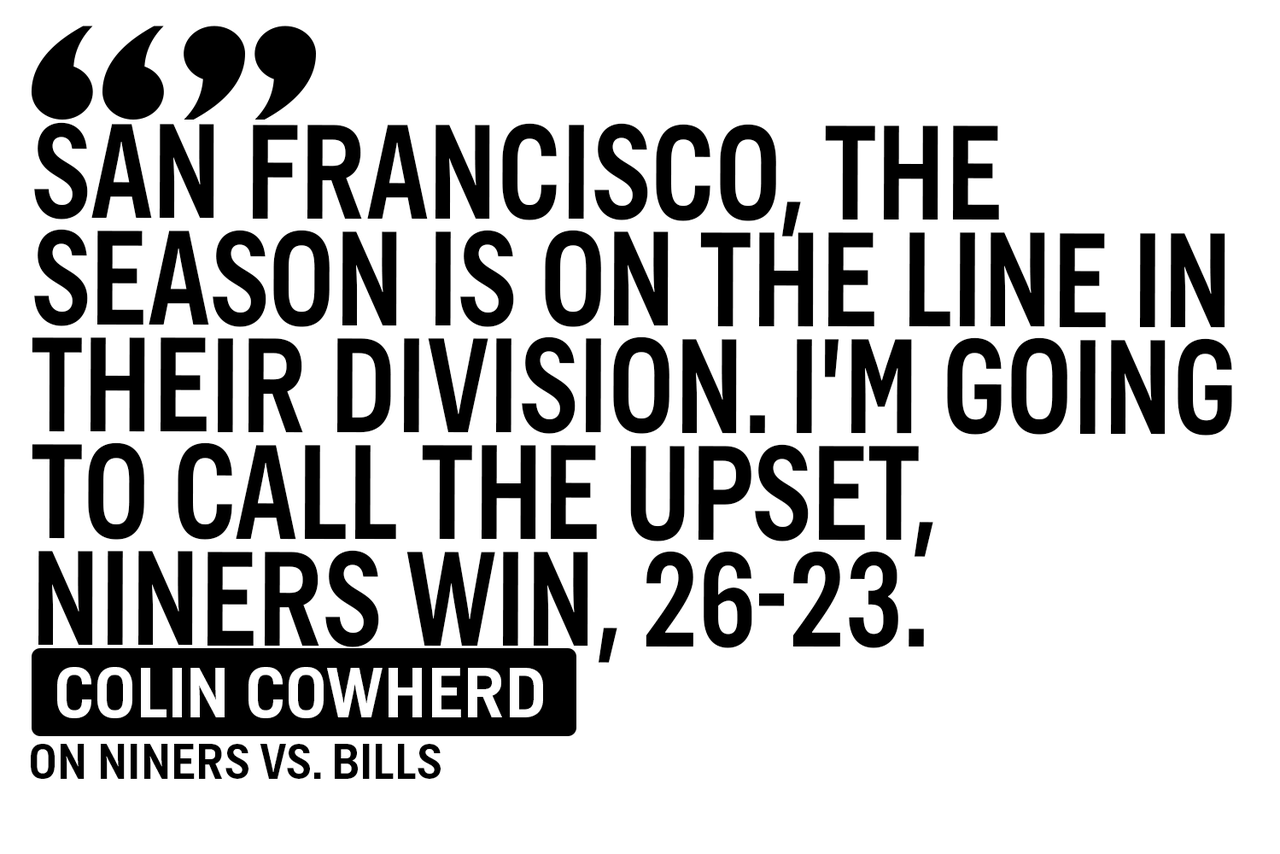 Don't sleep on San Francisco's defense, as the Niners sit sixth in fewest yards allowed per game (315.2) and fourth in fewest passing yards per game (206.5).