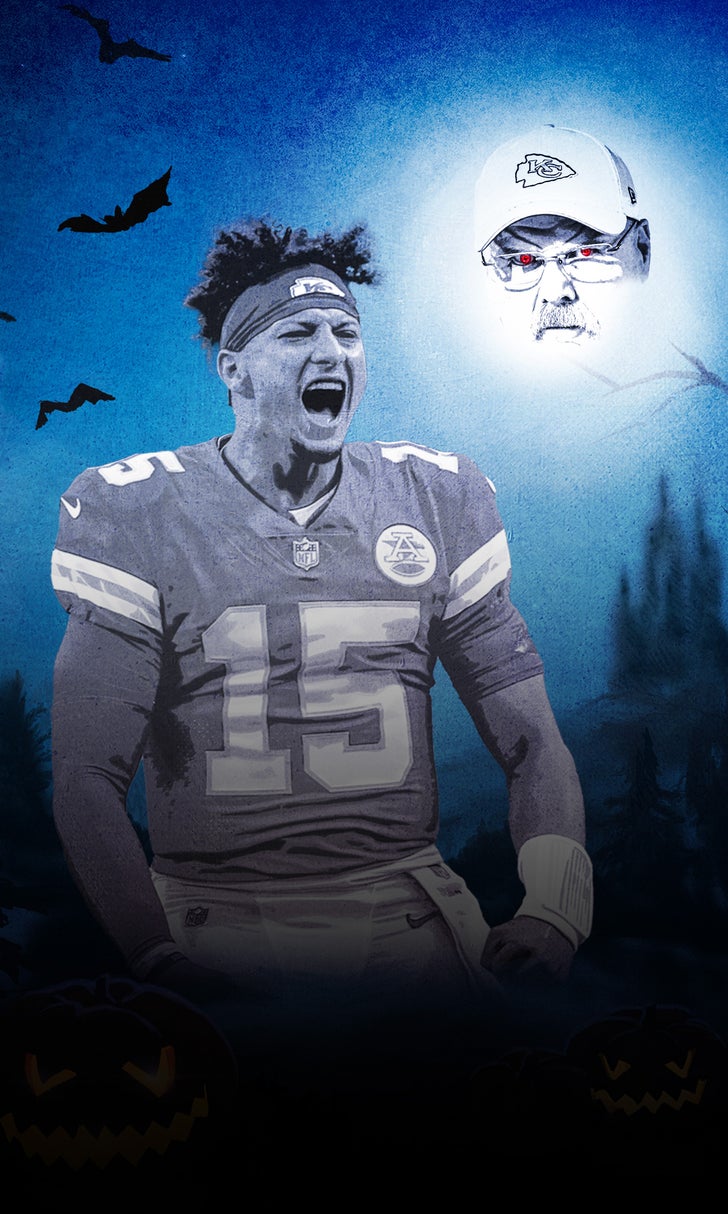 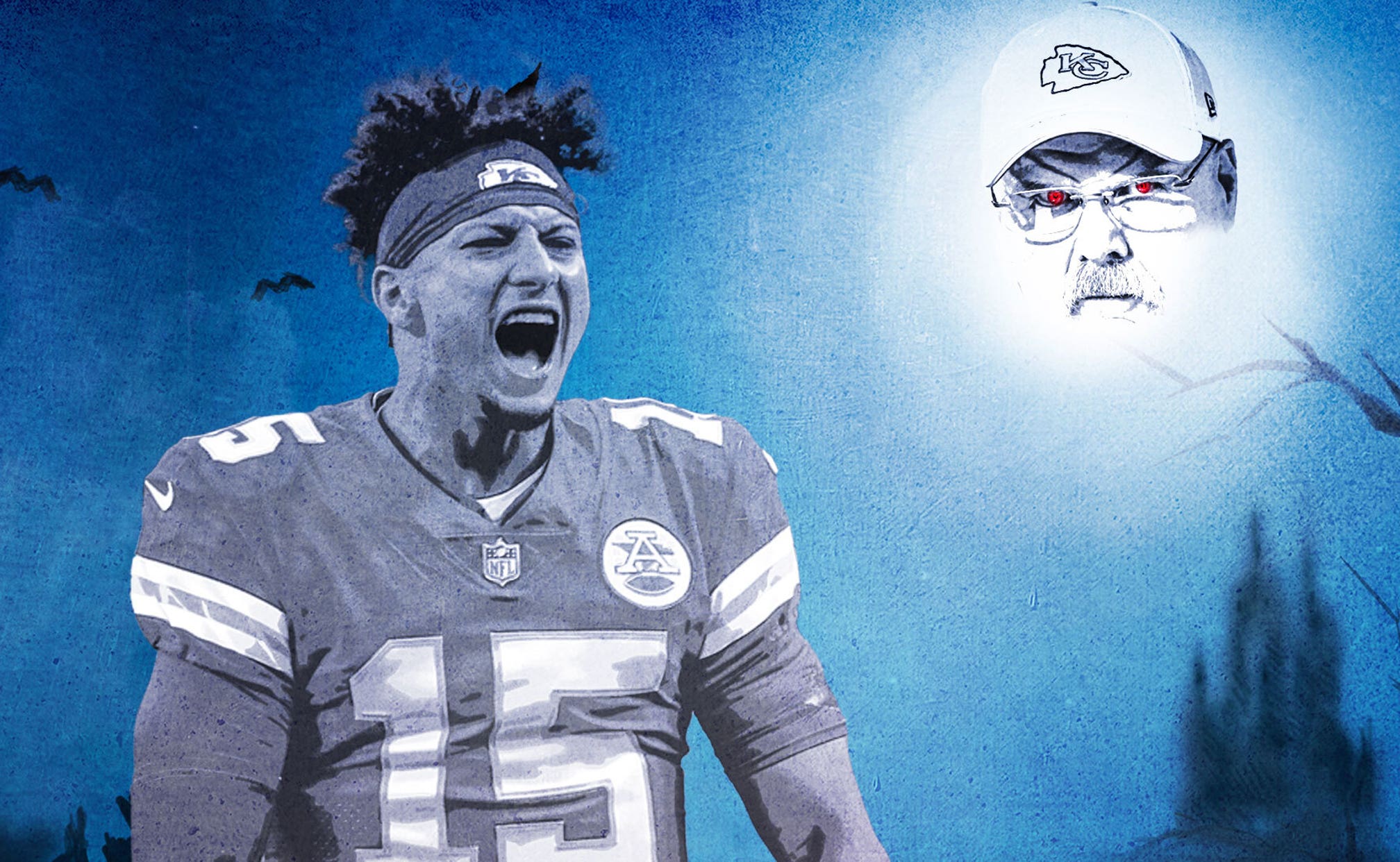 The Scariest Team In Week 11

Welcome back to my Week 11 NFL Sunday preview!

Let's get right to the picks, with all odds via FOX Bet, where I'm focused on one game in particular: An AFC West clash that has revenge written all over it.

If there’s a franchise that I know best in the NFL, it’s the Kansas City Chiefs. I played with the Chiefs in Andy Reid’s first season in Kansas City. Two years after that, my brother joined the Chiefs and has been their starting right tackle since 2016.

I know the organization well and because of this, I normally stay away from wagering on them or discussing their games. Not this week. The Chiefs are going to put a hurt on the Raiders Sunday night, and I’m here to tell you why.

The NFL season is long, and players, coaches and franchise personnel all need motivation throughout the year to stay mentally focused. This becomes especially true when you’re at both ends of the spectrum – either terribly awful (unfortunately, I’ve been there, not fun) or freaking awesome.

The Chiefs are freaking awesome, and they know it. They understand their offense can explode at any point and erase a large deficit, or just kick into high gear and run away from a team.

Knowing they are this special and can turn it on whenever they’d like, akin to the Golden State Warriors, there’s been times this season when the Chiefs look uninspired on the field. Of course, it hasn’t hurt them, as they sit at 8-1 with the No. 1 ranked offense in both expected points added and DVOA, plus a defense that’s lurking outside the top 10.

Give Derek Carr credit for the win. He took what the defense gave him – and the Chiefs defense gave him the deep throws. They sat on underneath throws, often removing the safety from the middle of the field.

It was not sound defense, and Carr burned them deep often. In the Chiefs' other eight games, they allowed a total of 20 pass plays over 20 yards, or 2.5 per game. Against the Raiders, they allowed six.

On offense, the Chiefs "struggled" to score 32 points, but there were reasons for that. Mahomes created pressure for himself by drifting too much in the pocket. He's realized this was an issue, however, and has been improved since that game.

The interior of the Chiefs OL stumbled, and that unit has been changed and is playing better. The Chiefs also had multiple touchdowns called back with questionable officiating. All in all, they lost for the first time since November of 2019.

After the game, the Raiders treated the win like the Super Bowl, as they should. It was their biggest regular season win in years. Las vegas even went so far to take a victory lap around Arrowhead Stadium in their buses after the game, something that Jon Gruden appeared salty about this week when asked about it.

The Chiefs are aware about it – even the social media team mentioned it this week – and if given the chance, they will run up the score this weekend. Andy Reid has shown this side many times, especially against division opponents. Remember in 2016, when the Chiefs were beating the Broncos 27-10 with under two minutes left, and Reid had Dontari Poe line up at quarterback and throw a jump pass for a touchdown?

So Andy Reid has no concerns with running up the score. And he should have the opportunity to do so Sunday.

So, I get historical trends in my direction and, tenfold as important, a highly motivated Chiefs team off a bye. The Chiefs feel embarrassed for the Raiders loss. The Chiefs know the Raiders took a victory lap around their stadium. The Chiefs have had two weeks to prepare for this game. And when the Chiefs are motivated, no one in the NFL is going to stop them.

The Chiefs will win this game by more than a touchdown.

This one is simple for me. I’m taking the Buccaneers for one specific reason: Andrew Whitworth is out.

Whitworth is the Rams' left tackle. He’s an ironman. Including the playoffs, he’s started 230 games. Remarkable. Unfortunately, he’s out until at least the playoffs with a knee injury. And that spells trouble for Jared Goff.

Goff is not good under pressure. Out of 33 qualified quarterbacks, the Rams quarterback ranks 31st in completion percentage under pressure. He’s 28th in yards per attempt and 29th in passer rating. Even in a short sample size of the last 17 pass attempts against Seattle without Whitworth, the pressure rate jumped by 10 percent from earlier in the game.

And that is against the Seahawks pass rush. Now, the Rams offensive line has the fourth ranked Tampa Bay pass rush to contend with. Goff will be under pressure the entire game.

The Rams know Goff isn’t good under pressure, so they scheme their offense to avoid situations that put pressure on their QB. They run the ball, play-action pass and move the pocket to stay ahead of the chains. When you’re “ahead of the chains,” you can avoid those 3rd and long passing situations.

Staying out of 3rd and long situations will be tough this weekend against the Tampa Bay rushing defense, currently second in the NFL. Oh, and the Bucs passing defense is ranked first in the NFL. It will be tough sledding for the Rams to score points to cover this game.

As a bonus, you could sprinkle some money on the under in this contest. Not only is the Bucs' defense good, so is the Rams'. Tom Brady and company have struggled this season against top defenses, and I could see that happening against on Sunday night. However, they will still cover the 4.5 points.

Philadelphia Eagles at Cleveland Browns: Under 47.5

The Browns have played two straight games in less than ideal conditions against less than ideal defenses. In those contests against the Raiders and Texans, they scored 6 and 10 points. Yes, that’s 16 points. The weather on Sunday in Cleveland calls for cold, wind and rain, just like in those games.

The Browns don’t trust Baker Mayfield. They design a game plan trying to avoid having him throw at all costs. Their offensive line and run game are elite, but that doesn’t score enough points.

Now, enter the Eagles defense, which is ranked 13th against the run. The Eagles have an outstanding pass rush that can test the Browns offensive line, as well. I do not expect the Browns to score many points in this game.

On the flip side, how the heck can you trust Carson Wentz to score points right now? I know I can’t. Yes, the Browns defense is just average – but average defenses to bad defenses have stopped the Eagles all season. Sunday will be no different. Give me the under.

Duh. The Chiefs are going to win

Don’t look now, but the Vikings seem to be figuring things out. They’ve won three in a row and the offense has scored 29 points per game over their last six contests. The Cowboys are still not very good, and the Vikings should win this game at home.

I get Indy over a field goal at home against the Packers. I’ll take it, as I think the Colts will win this game outright. The Packers do not play well when they get punched in the mouth, which is how the Colts play defense. They also bully defenses on offense and should be able to rip off long runs.

The Falcons should be 3-0 under Raheem Morris, if Todd Gurley had just fallen down when he was asked. Atlanta is also rested off a bye, and 11 is too many points. With the Saints down Drew Brees, Taysom Hill can't be trusted to beat anyone by 12 points.

Burrow's Road To Return
What did Joe Burrow's surgery entail? What will rehab look like? Dr. Matt Provencher answers those injury questions and more.
1 day ago