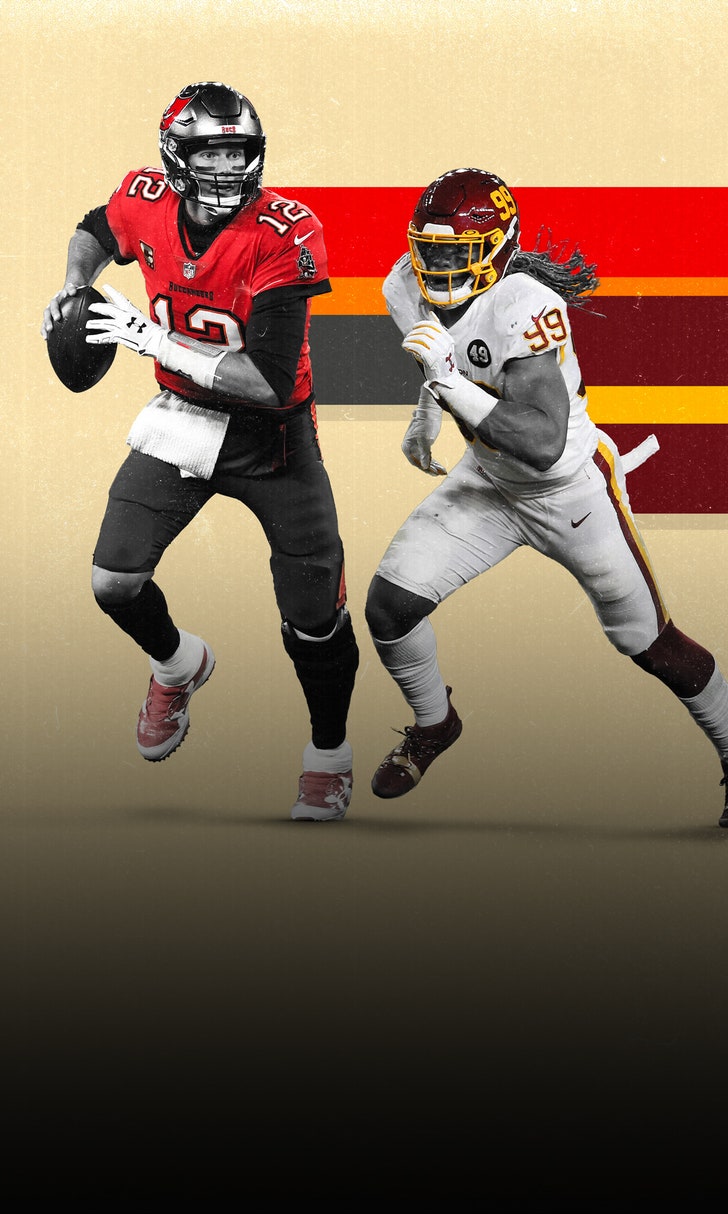 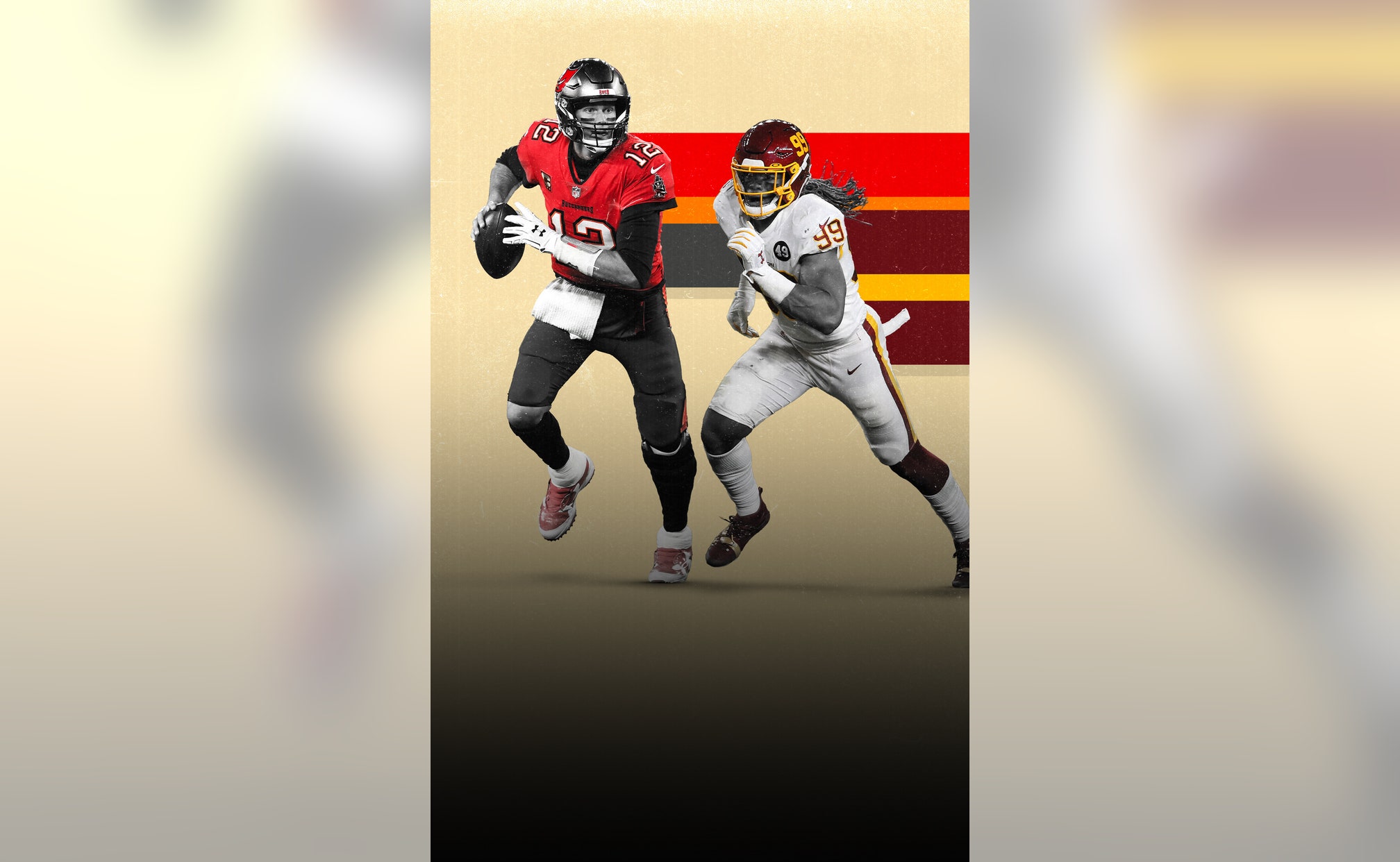 The war of words ahead of this weekend's playoff matchups has already begun.

An exuberant Chase Young was caught calling out Tom Brady and Tampa Bay Buccaneers after the Washington Football Team beat the Philadelphia Eagles to win the NFC East on Sunday night.

Naturally, the Buccaneers were asked about the challenge, which head coach Bruce Arians met with a word of caution for the standout WFT rookie.

After being selected with the No. 2 overall pick in the 2020 NFL Draft, Young set the league on fire in his rookie season with 7.5 sacks in 15 games, second on the team to Montez Sweat's nine sacks.

As Arians alluded to, though, Brady hasn't been a slouch in his first season with the Bucs, as the 43-year-old Brady had 43 total touchdowns over the course of the regular season, including 40 through the air.

Furthermore, the 492 points that the Buccaneers scored this season is a new franchise high, while WFT is allowing 20.6 points per game, the fourth-best mark in the league.

Is it possible Young might have bitten off more than he can chew?

Brandon Marshall seems to think so, laying out why he thinks Young will regret poking at Brady on Tuesday's First Things First.

"I'm telling everybody, you better be damn careful what you ask for when [Brady] is in the playoffs. I'm a victim of it and I'm telling you, it ain't what you want most of the time."

But Nick Wright took a different tact, seeing Young's challenge as a stroke of genius.

"This is all reward, no risk. It's not like Tom Brady was at anything other than peak motivation."

Young has a long way to go before he'd be measured for a gold jacket in Canton, Ohio, but delivering an upset against a future no-doubter in Brady ⁠— in Young's first playoff game, no less ⁠— would be huge for the highlight reel.

And it's not as though Young hasn't made his intentions known previously.

Young will get the opportunity to put his money where his mouth is on Saturday at 8:15 p.m. ET on Super Wild Card Weekend.