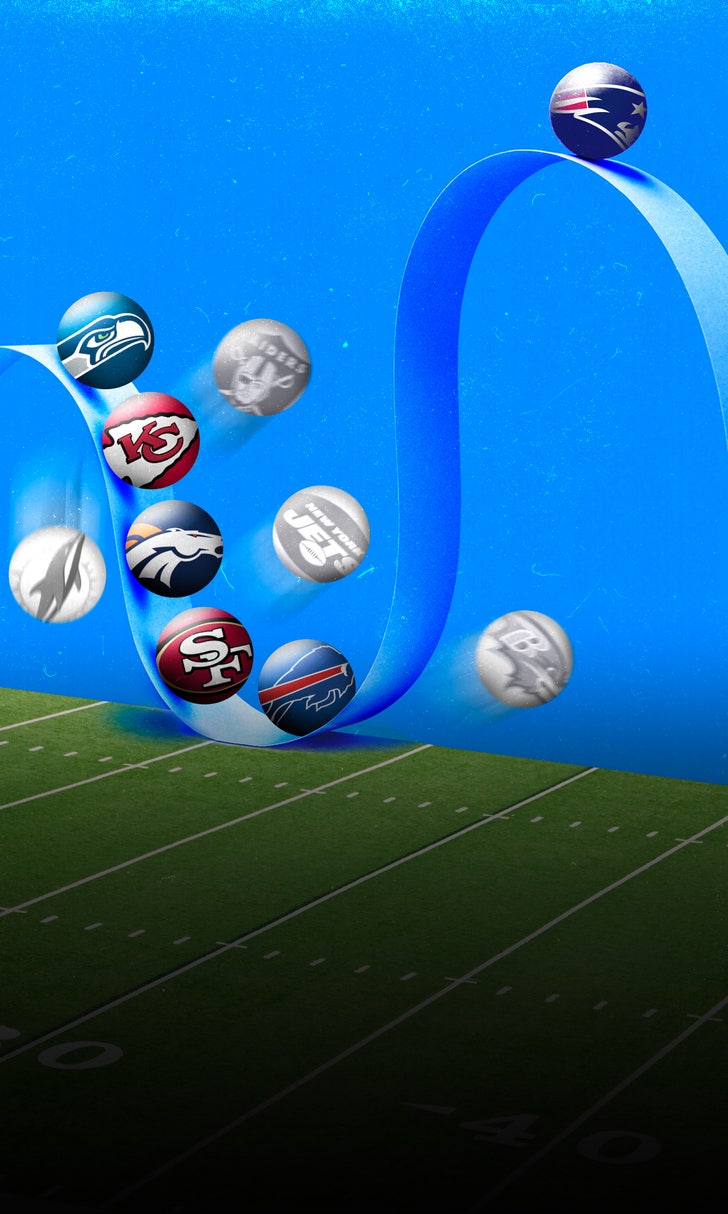 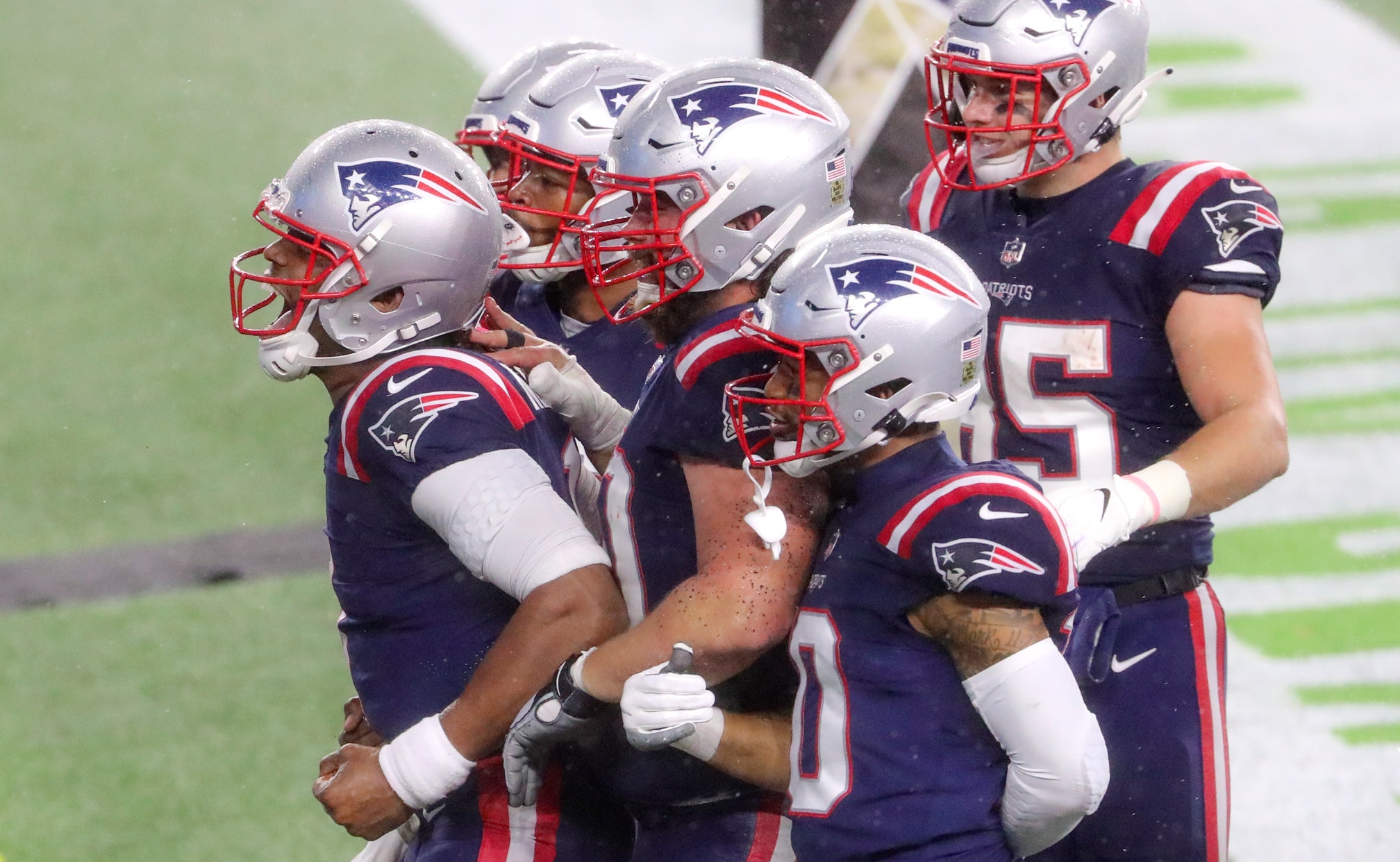 It seemed like a cruel joke to make the 3-5 Patriots play the 6-2 Ravens in primetime on Sunday Night Football in Week 10.

All the signs pointed to a game in which Baltimore and the wiley Lamar Jackson would expose all of the 2020 Patriots’ many flaws. The Ravens have put on an offensive show for most of the season and the Patriots have ... not.

The setup was juicy for the entire nation outside of New England. It was a chance to delight in watching a Patriotic trainwreck after decades of dominance.

But there was no punchline.

Instead, the Patriots held the lead for most of the game and emerged victorious – albeit soaking wet – out of the monsoon at Gillette. It wasn’t always pretty, but New England ground its way to a 23-17 win, thanks to an emphasis on the run game.

Cam Newton rushed for a touchdown, and Damien Harris made it clear that he’s the best running back New England has right now with his 121 yards rushing.

The well-executed plan meant that the Patriots won a matchup essential for salvaging Bill Belichick’s narrative.

I know that sounds dramatic, but hear me out.

As a Patriots fan, it was strange to go from almost losing to the Jets in Week 9 to beating the Ravens a few days later. I’m not used to cheering for a bad team, and just when I become accustomed to it, New England turned things around. It was particularly nice to win on the same day as Tampa Bay.

Sure, I don’t want Brady to fail, but in a perfect world, the Patriots would be better than the Bucs.

At the very least, they can keep up, because that’s the only way people will stop saying Tom Brady was the main reason New England was so good for 20 years.

It wasn’t just Brady. I’ve seen several articles and many tweets proclaiming that since the Patriots are struggling and Brady is leading the Bucs to a winning record down in Florida, it was obviously the quarterback who earned the wins to Foxboro.

Of course that’s the storyline right now: the Occam’s Razor of Sports Arguments (it’s a real thing, trust me) means that the simplest explanation is always true.

Success in professional football, a sport that is so dependent on chemistry and teamwork, requires intense collaboration. Could Belichick have won so many championships without someone as talented and hard working as Brady? Probably not. But could Brady have won so many Super Bowls without Belichick and the masterful way he strategized games? Also probably not!

Could they have done it without the team Belichick put together? No!

The nuance of the truth, however, isn’t as interesting as one guy being better than the other.

Sports is about winning and losing, and fans and pundits hate a tie.

In reality, when it comes to the 2020 Patriots, it’s almost a miracle that Belichick and Newton are now one game away from a .500 record. Everyone knows the team is working with very little.

Newton has played well, but he’s made mistakes at key moments that New England isn’t used to. The team had more players opt out (eight) than any other franchise in the NFL. The defense is depleted, and several players – like star receiver Julian Edelman and running back Sony Michel – are injured.

And yet, Belichick must’ve made another deal with the football devil, because he, offensive coordinator Josh McDaniels, and Newton are starting to figure it out. Not that they haven’t had success before. Early in the season, they were 1-0 and almost beat the Seahawks. And if Newton hadn’t fumbled in the waning moments, there was a good chance they could’ve taken down Buffalo.

Close only counts in horseshoes and hand grenades, and last time I checked, neither of those were a part of football. What speaks loudest is the record, and thanks to ORSA, which doesn’t take context into account, the Patriots’ record was starting to scream, “Maybe Belichick isn’t the mastermind we thought he was!”

One season played in the weirdest and worst circumstances can’t say much – let alone yell – but that’s how sports discussions go. So the Pats began to quiet the noise by adjusting the game to prevent turnovers, relying on the run, and having the benefit of practicing in worse weather conditions than many teams (thanks, New England, I loved growing up freezing cold and seasonally depressed at 4 p.m.).

Or maybe the coaching staff read my article last week telling them not to tank. There’s no way of knowing.

The season is far from over, but it’s looking like there’s a chance the Patriots could be in playoff contention if they can keep the win-streak going. That is not something I saw myself saying after the Week 8 loss to the Bills.

The Texans are, for some reason, favored to win this coming week, which I find strange, seeing as how Houston is 2-7 and only scored seven points against the Browns on Sunday.

Winning matters now, not just because a ticket to the playoffs is starting to really be on the line, but for Belichick’s narrative and for the story of the Patriots dynasty itself.

I’ve been trying to figure out why I care so much. What’s the problem with Brady getting all the credit? And I think it’s because simplicity negates generosity. Those years of wins weren’t Brady’s or Belichick’s alone, and I’d prefer a world in which one person weren’t seen as responsible for something that so many worked so hard to deliver.

The closer New England can stay to Tampa Bay, the more charitable the story of the past.

And in a year when very little new happens and there’s a lot of time to think about what the world was like before, history matters a lot.