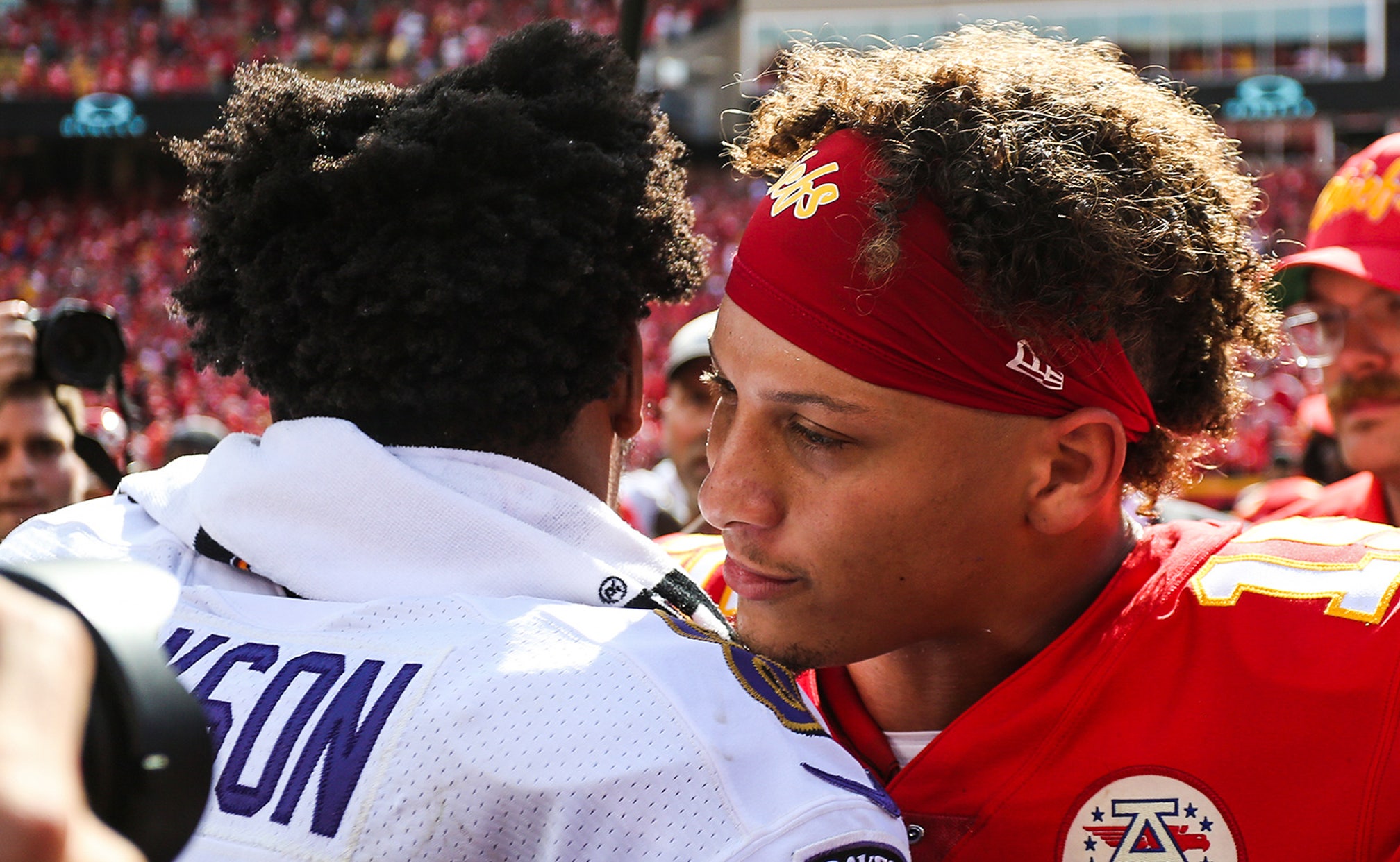 There's no wrong answer, really, but it's still an interesting debate — especially as the two superstar quarterbacks prepare for a Monday Night showdown in Week 3.

Both quarterbacks already have a regular-season MVP award in their trophy cabinet ⁠— Jackson from 2019 and Mahomes from 2018 (along with the most recent Super Bowl MVP award).

And both have first-team All-Pro honors under their respective belts since enjoying their breakout years in 2018. But if you had to pick one to ride with, who would it be? 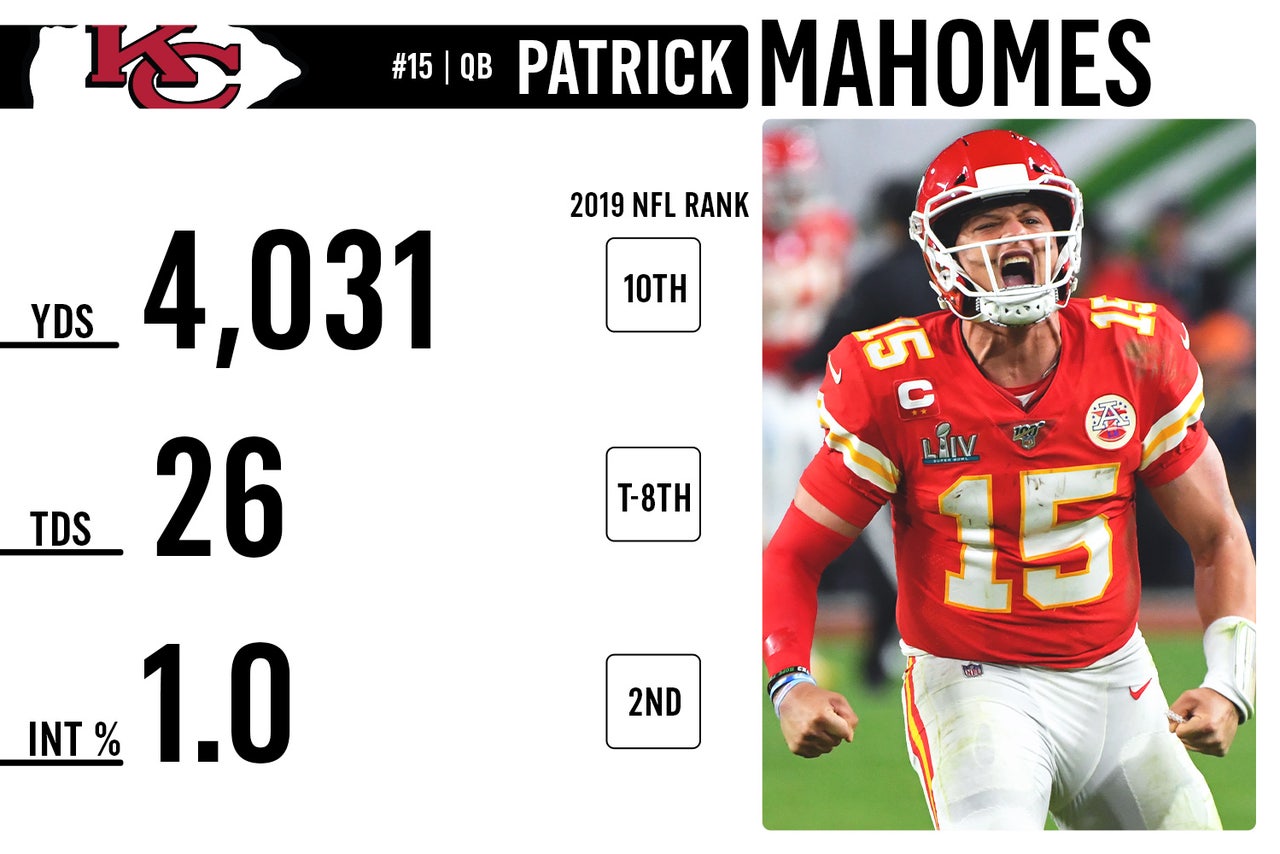 It's a question analysts across the NFL landscape have embraced over the past week.

Marcellus Wiley and Emmanuel Acho unpacked the debate on Speak for Yourself, and Wiley gave the edge to the Baltimore Ravens signal-caller.

Wiley cited that while Jackson's mobility vs. Mahomes' isn't even a question, he also outperforms the Kansas City Chiefs quarterback in the passing department.

"Here is a Raven that can fly in any weather. ... Most people would think if you give a clean pocket of protection to Patrick Mahomes, he's going to light up the world. He does! Except, Lamar Jackson does it even better in both [2018 and 2019]." 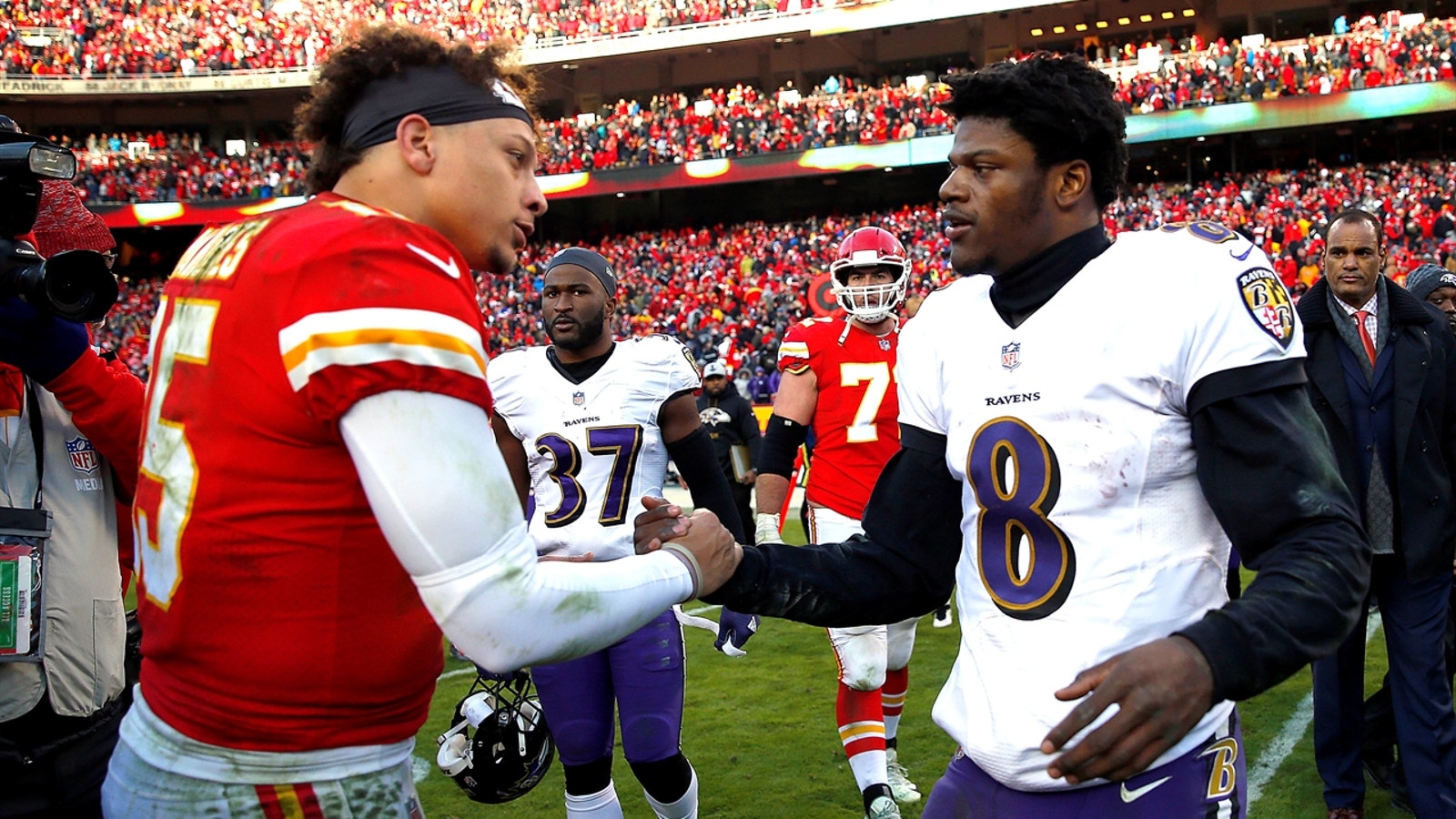 Acho took the other side, using a housing analogy that you'll have to hear in its entirety to fully grasp, making Mahomes his pick.

"Lamar Jackson is that house that's beautiful on the exterior. I love them both equally, but if you're making me make a decision, the house with that nicer exterior gets exposed to the elements.

ESPN NFL analyst Domonique Foxworth is in the Mahomes camp, but conceded the race is getting tighter and tighter.

The two quarterbacks have gone head-to-head in back-to-back years, with Mahomes getting the better of Jackson on both occasions by a combined 8 points.

Mahomes is 2-0 against Jackson with a total of 751 passing yards, 5 passing touchdowns and a 68.9 percent completion percentage in the pair of games.

Jackson, meanwhile, put up 414 passing yards, 2 passing touchdowns and completed 52.2 percent of his passes vs. the Chiefs, while also racking up 113 yards and a touchdown on the ground. 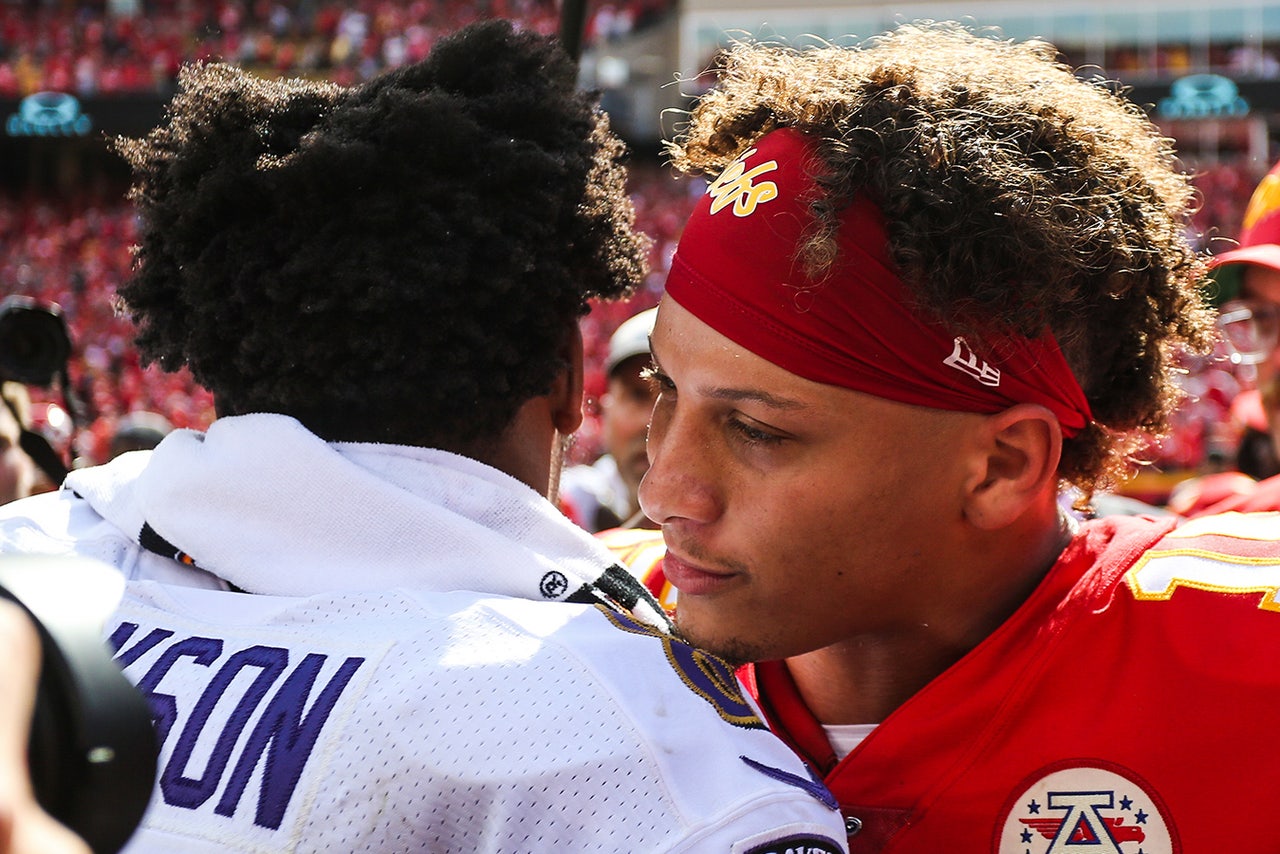 The two have yet to meet in the playoffs, however.

And it's when the stakes are elevated to win-or-go-home that rivalries really begin to blossom, according to Shannon Sharpe.

While Mahomes vs. Jackson has yet to reach the heights of Manning vs. Brady or Aikman vs. Young, there's no denying the numbers that both quarterbacks have put up in their young careers.

Since Week 11 of 2018 (when Jackson took over the starting role for the Ravens), he and Mahomes have a better completion percentage than the likes of Tom Brady and Aaron Rodgers. 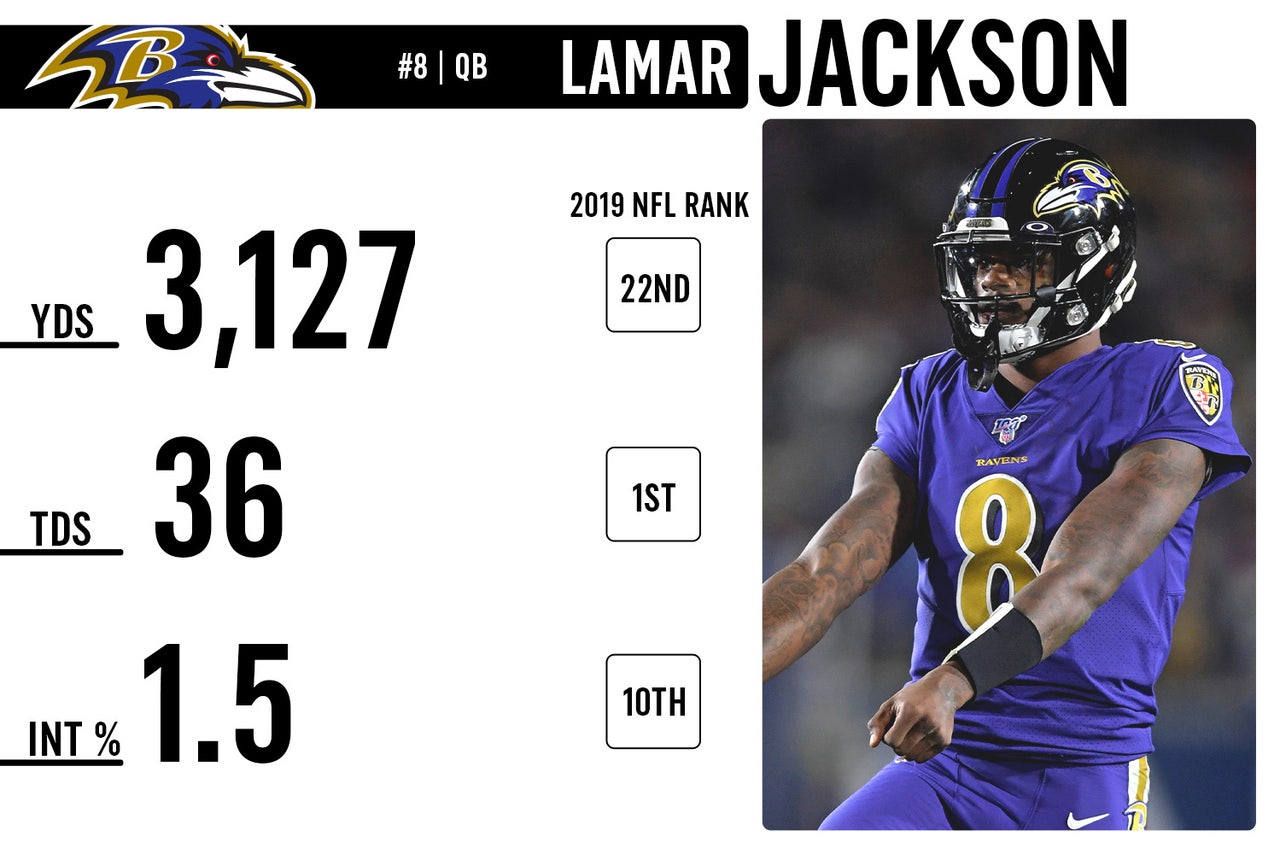 Whichever side you come out on, luckily for all of us watching at home, we'll be able to have our cake (or ice cream) and eat it, too, when these two square off on Monday night.