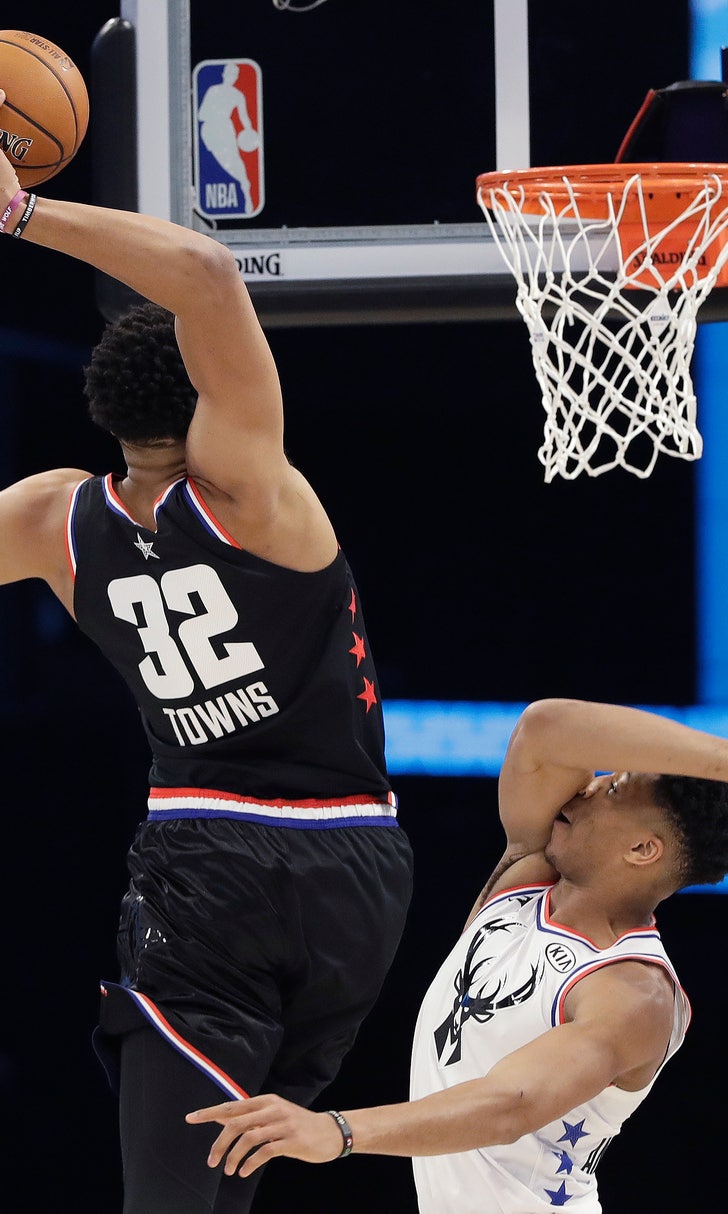 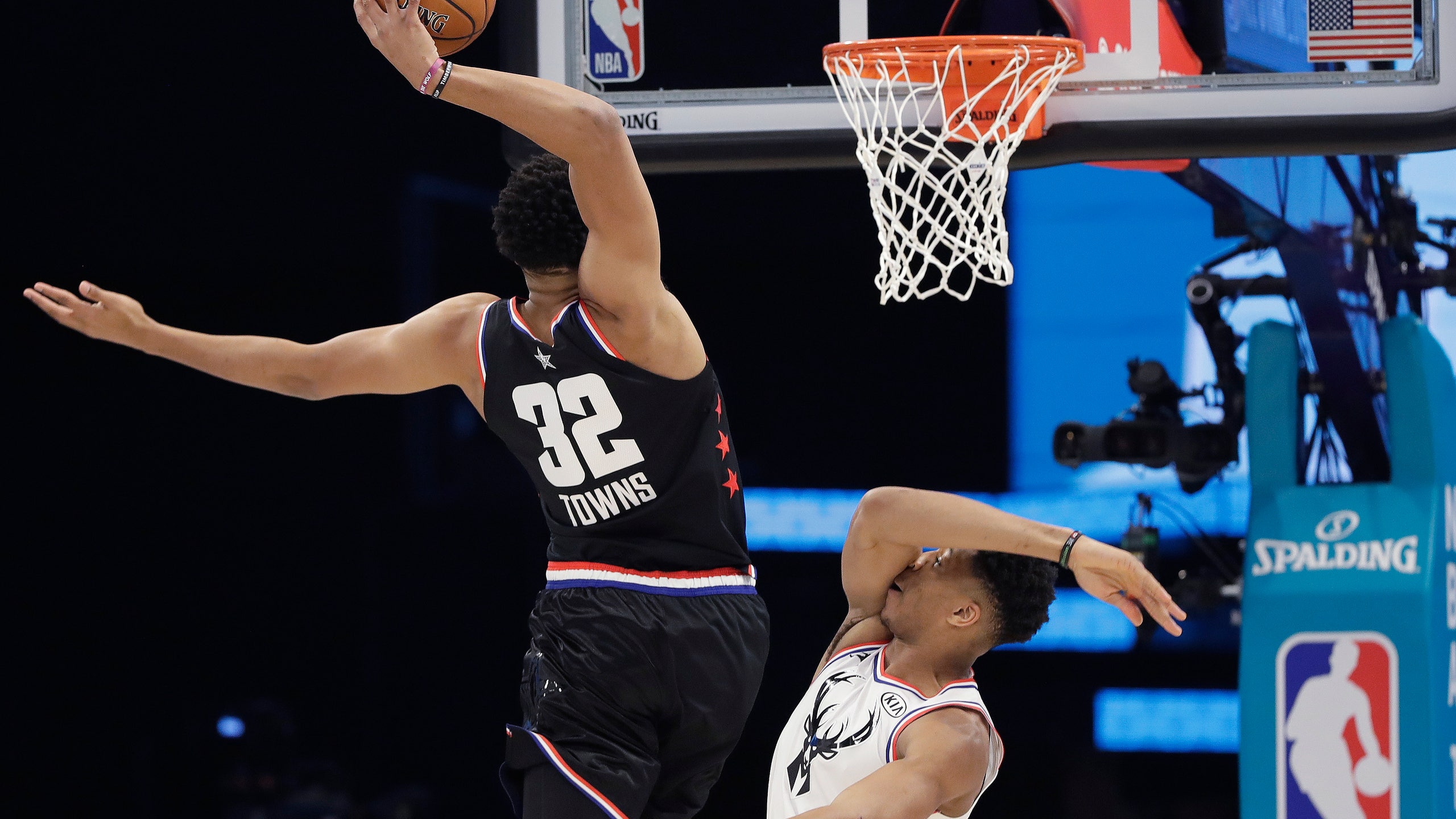 NEW YORK (AP) — Karl-Anthony Towns is missing a game for the first time in his career, unable to play for Minnesota against the Knicks on Friday night following a car accident.

The All-Star forward was placed in the concussion protocol earlier in the day, ending his streak of 303 consecutive games started.

Coach Ryan Saunders said the streak was never discussed when he talked with Towns earlier Friday, and there was no hope of extending it once Towns entered the concussion protocol. A player can only return then once he has passed a battery of tests and been symptom free.

"I'd just like to have him out there because he's a pretty good player," Saunders said. "So the streak, I think that is something that everybody should definitely take note of with Karl's durability and his toughness and how he approaches the game, but from a coach's viewpoint you'd like to have like Karl on the floor whenever you can."

Towns had played in his second consecutive All-Star game before he was involved in a car accident on his way to the airport. He was cleared to fly and arrived in New York and originally ruled questionable, but after further examination he was placed in the concussion protocol.

Towns had started every game since being the No. 1 pick in the 2015 draft, the longest streak to begin a career since 1970-71. The New Jersey product would have been playing close to home Friday.

It wasn't immediately clear where the accident occurred. Minneapolis police said they didn't handle any incident involving Towns and Saunders had no other details before the game.

Saunders didn't know if Towns would travel with the team for its game Saturday in Milwaukee, or return to Minnesota.