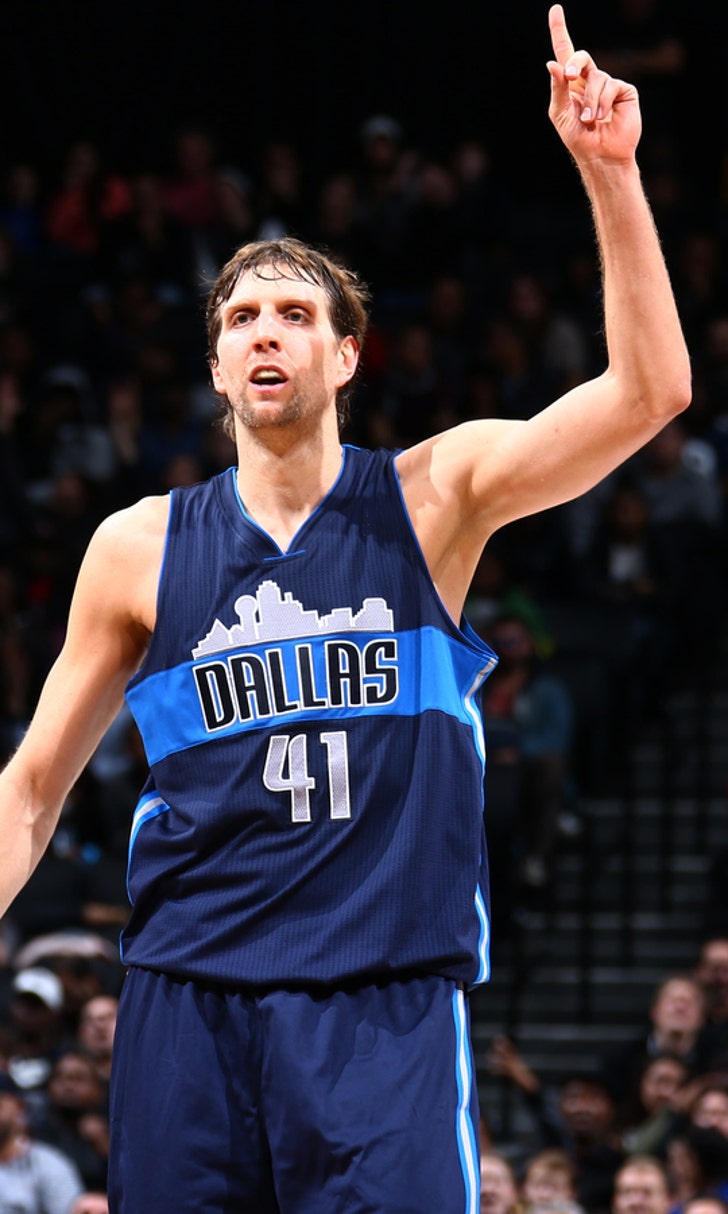 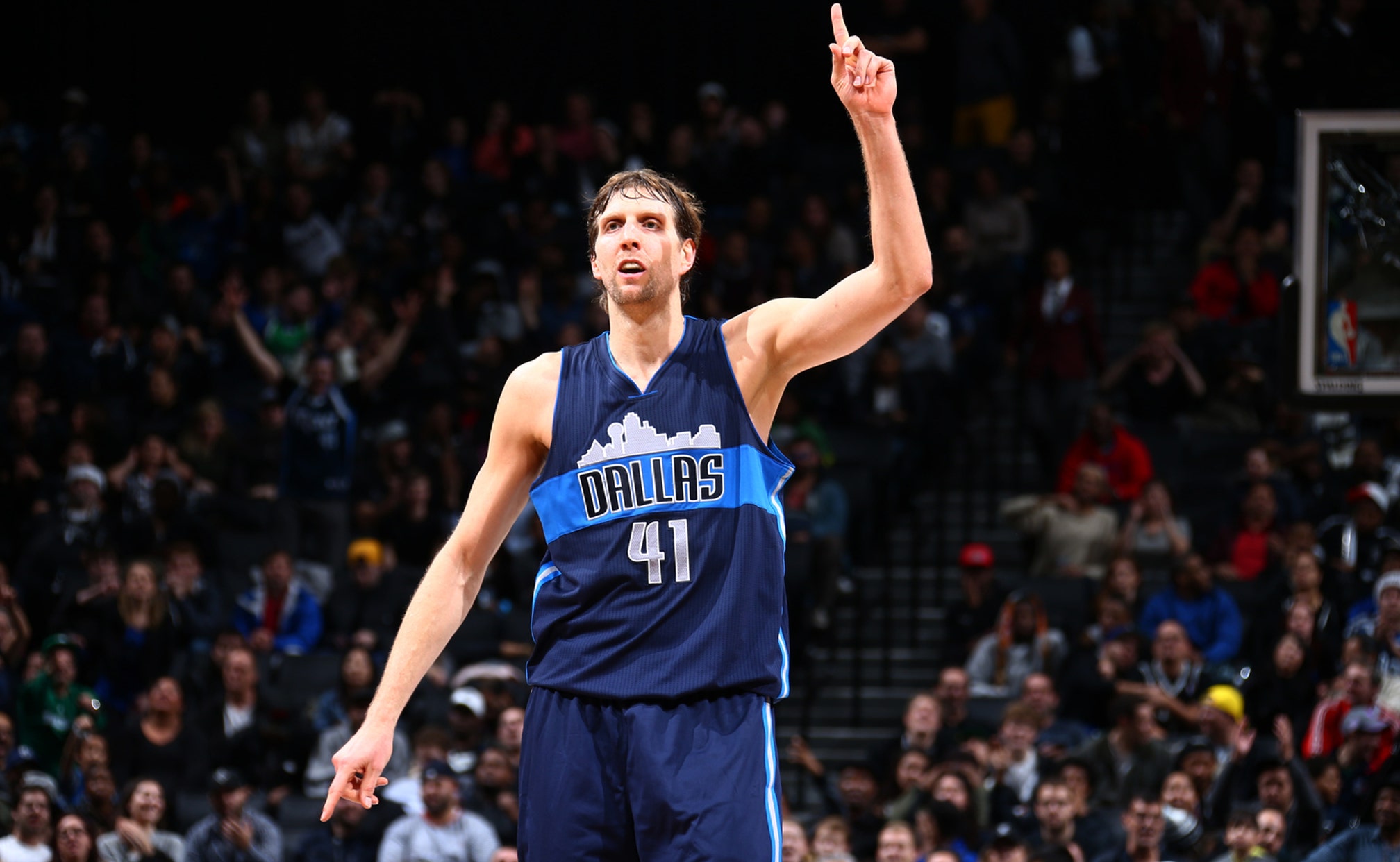 Why the Dallas Mavericks could win the NBA title 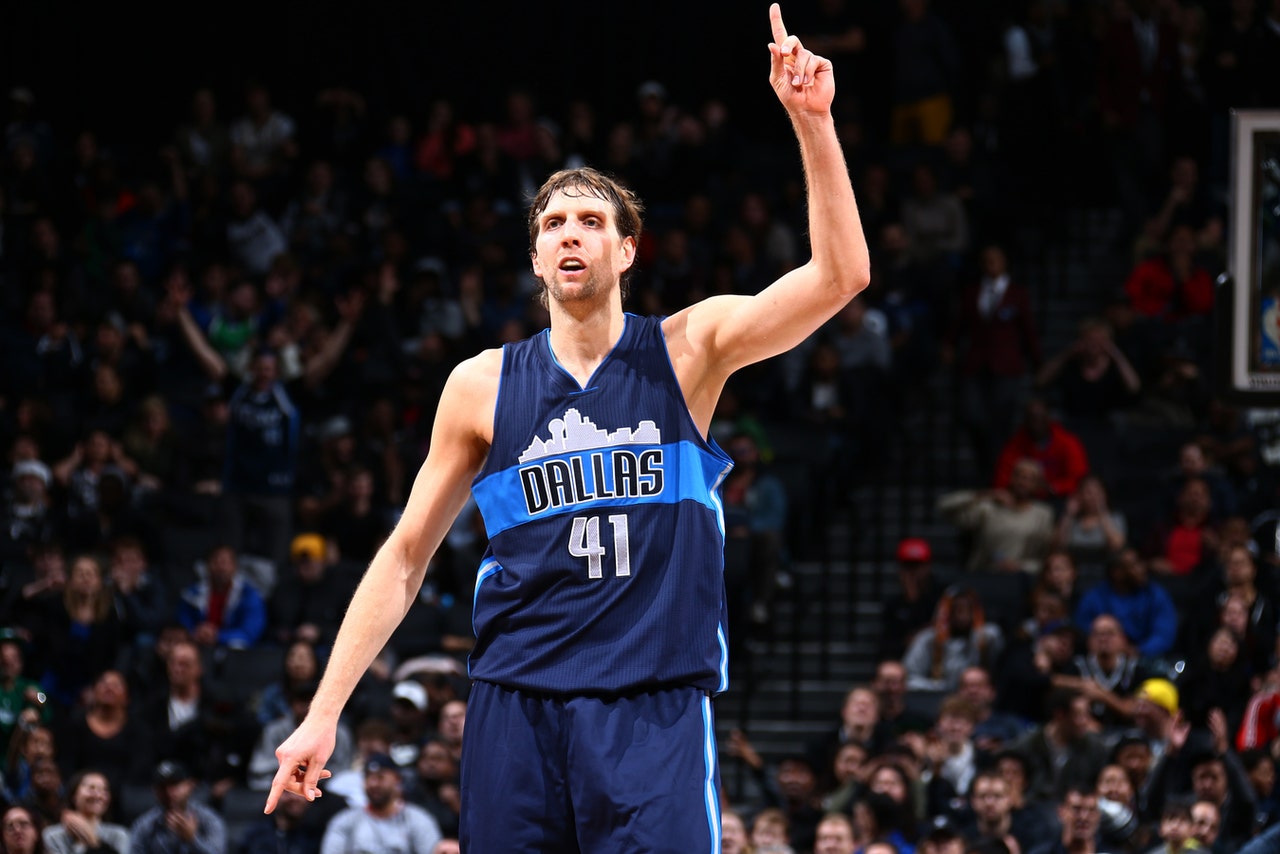 Ahead of the NBA playoffs, FOX Sports will find the best-case scenario for all 16 qualified teams and make the case for why each could win the title, no matter how improbable it might be.

Dirk Nowitzki is a revolutionary talent and a surefire Hall of Famer. When you think of Nowitzki, you think of a stretch 4 — he and the position go hand-in-hand.

When the German came into the league, there weren't many power forwards like him — but in the pace-and-space NBA, having a stretch 4 is a necessity. They're everywhere, and Dirk's tremendous career is a big reason why.

But the revolution took out the revolutionary. No longer the exception, players like Dirk are now the norm. But the 17-year veteran's feet are too slow to keep up with the new normal, so he had to take it to the next level: stretch 5.

Nowitzki playing center is hardly unique — he's played the position for roughly a third of his minutes in his NBA career — but he's taken to the 5 in an impressive manner this season.

Since the beginning of March, Nowitzki has played 297 minutes at center and is averaging a gaudy 1.2 points per possession.

There might be a third wind to Nowitzki's career after all, and that, by proxy, gives the Mavericks a chance.

There is plenty of debate on if Deron Williams is the Mavericks best point guard this season. Some who follow the Mavs argue that J.J. Barea, the Shire's favorite point guard, is the better option. But come playoff time, you want Williams in your corner. 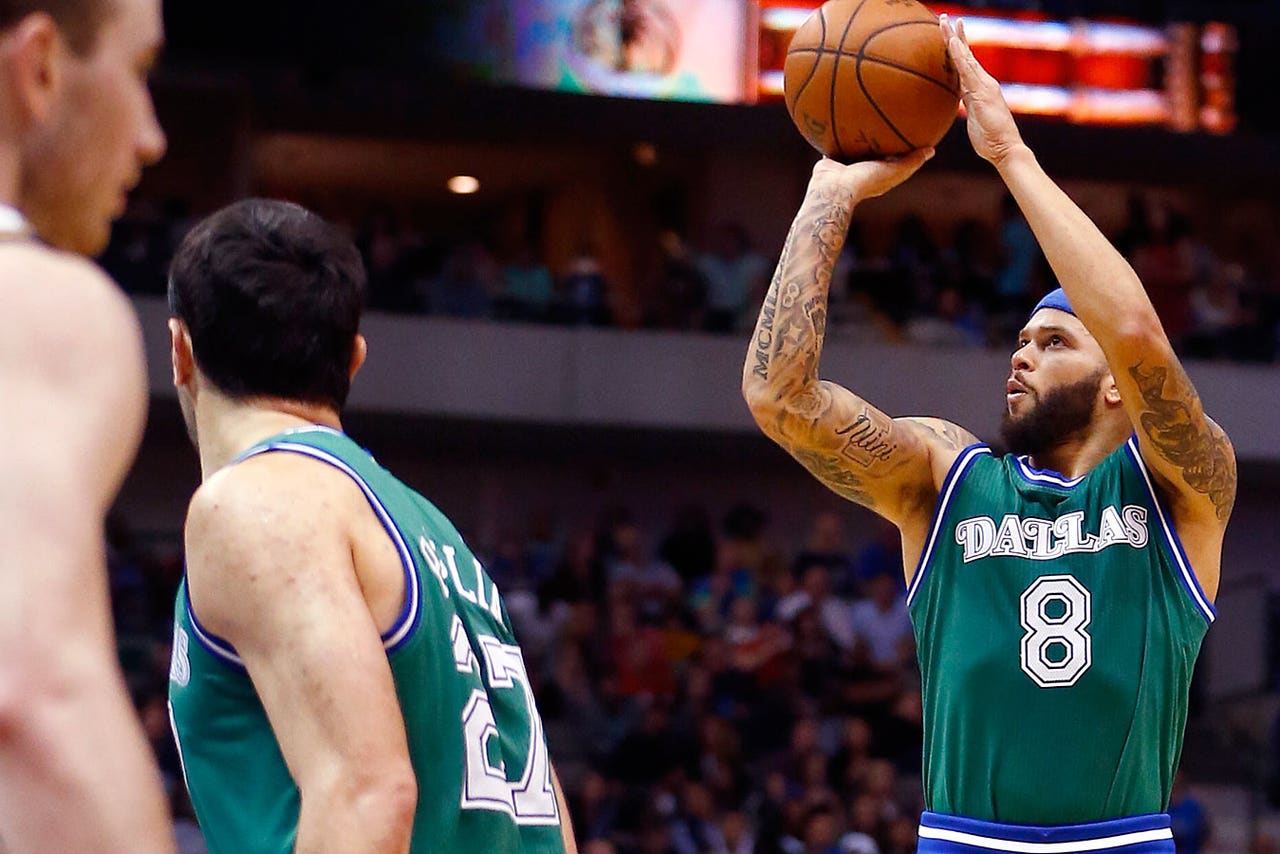 That's because Williams has been the best clutch shooter in the NBA this season. In the final five minutes with the Mavs within five points, Williams is shooting 50 percent from the floor and 51 percent from behind the 3-point line. No one has come close to that level of production.

Add in the fact that Dirk is plus-103 in clutch situations — on par with Stephen Curry — and you have a team built to steal games late.

The Mavs have the second-best effective field-goal percentage in the NBA in clutch situations this year, 1.3 percentage points behind the Warriors. They allow the fewest free throws of any team in the NBA in said situations, and while the Mavs defense is hardly impeccable in crunch time, they're still a highly respectable plus-12.

Every round is going to be hell for the Mavs, but as a team that has both failed to live up to expectations (preseason) and exceeded expectations (midseason) in a single year, it's perilous to make a prediction on this squad's fate.

The Thunder might be in the hunt for a title, but if the Mavs can find a way to keep up with them for 43 minutes a game, they have a rock-solid chance of winning games in the final five minutes. It won't be fun, but it's hardly impossible for the Mavs to get a win over their rivals to the north. OKC is one of the NBA's worst clutch teams. 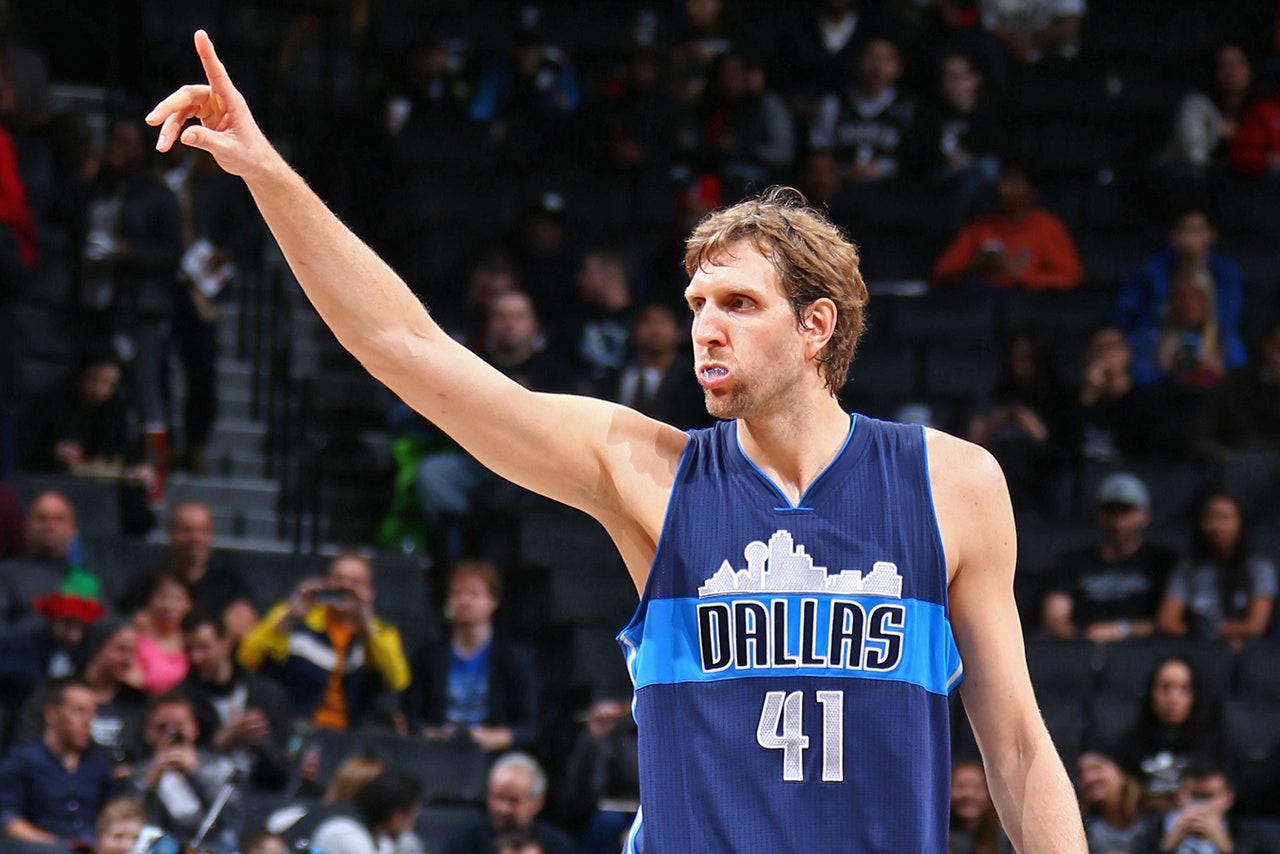 As for the San Antonio Spurs, that matchup doesn't bode well for the Mavs, who lost all four regular-season meetings. But if they commit to Dirk at the 5 and the big man can give them way more than his fair share of minutes, the Mavs have a chance to push the pace on San Antonio and beat them in seven games. Not a great chance, but a chance.

The Warriors? Who knows how they're going to do that. Rick Carlisle might be one of the NBA's truly great coaches (there are maybe five or six) but I'm not sure what kind of game plan he could come up with to slow down Curry and the 73-win Dubs.

But I won't underestimate him. If the Warriors, riding a little too high after two easy series victories do overlook the Mavs, they'll be in for an arduous series that will see Andrew Bogut going to the line far too many times for anyone's liking.

The Mavs are hardly the best team in the Western Conference, I'd like their chances against the best the East has to offer. J.R.s don't have a great history in Dallas. 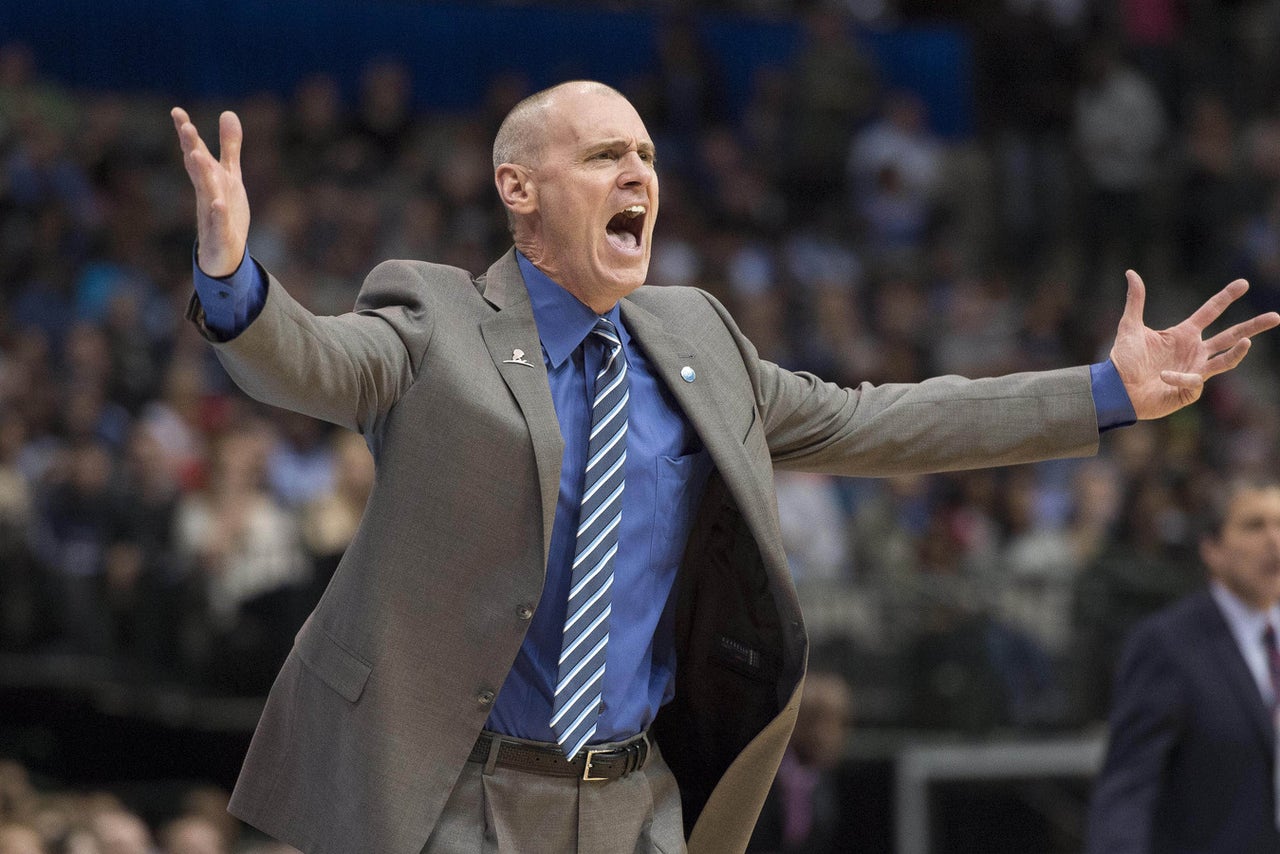 Dirk can get that second title — maybe he'll go out on top — and one of the most improbable runs in NBA history will be authored and signed.

It's unlikely, sure, but the Mavericks are a well-coached, underachieving squad that lives for the big moments — you can bet against that enigma if you want, but I wouldn't purchase that ticket.