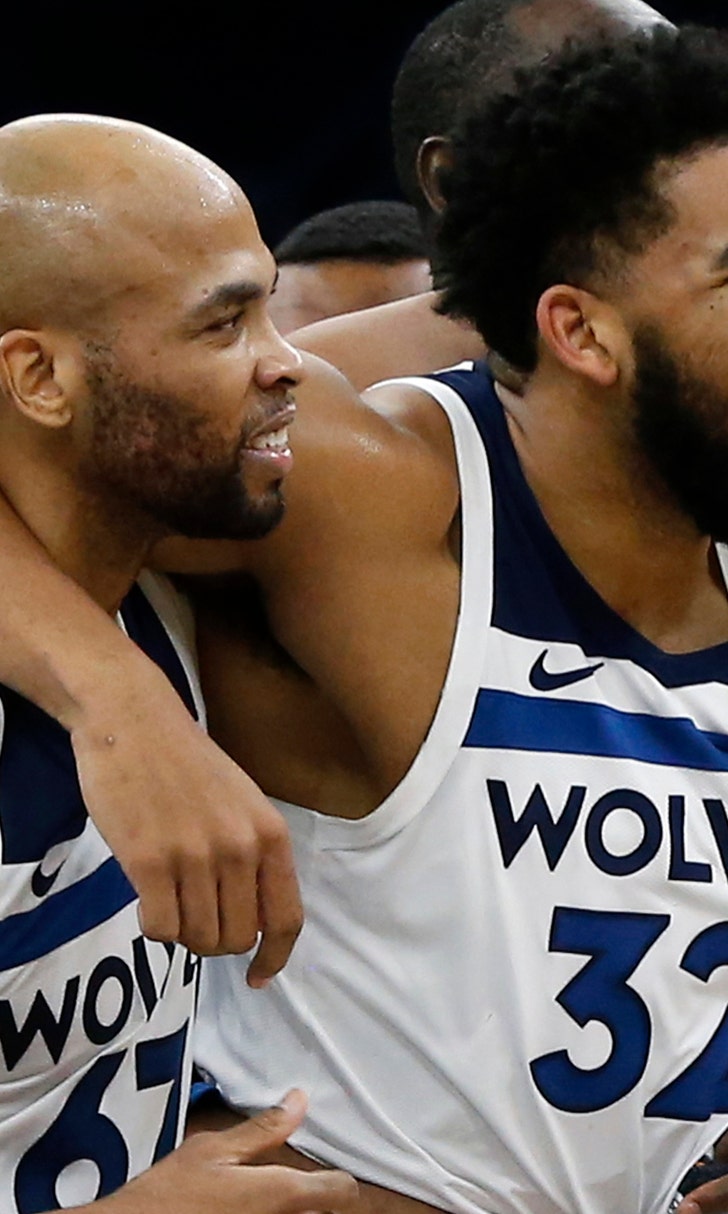 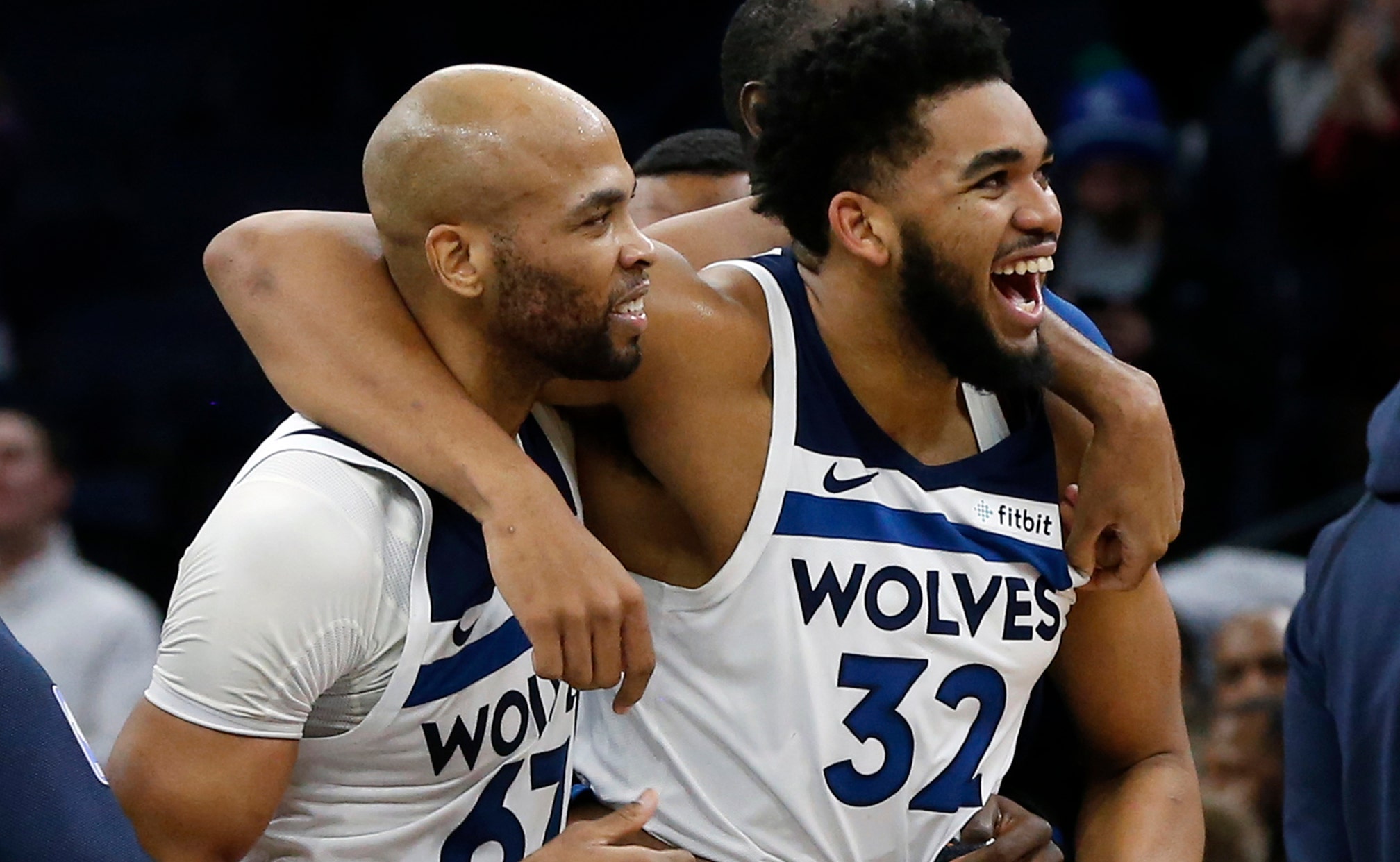 MINNEAPOLIS (AP) — Karl-Anthony Towns sat on a hallway couch outside the movie theater, hunched over a tiny screen to watch the live unveiling of this year's NBA All-Star teams.

When the image of Minnesota's blossoming big man appeared on the screen during TNT's broadcast of the announcement, signaling his second consecutive selection as a reserve, he dropped the smartphone on the floor and started to cry. His parents approached for congratulatory hugs a few seconds later.

After all the drama that has dogged the Timberwolves this season, this simple moment triggered in the 23-year-old a wave of pride, relief and joy.

"It meant a lot to me, especially through everything I've went through from work to personal life," Towns said after practice on Friday. "A lot of emotion came out yesterday when I found out, because I just felt like I had so much doubt against me. I worked so tremendously hard on my body, on my mind, on my spirit. When I got that moment, it just felt really special. It felt more special than last year."

Towns was at an area multiplex on Thursday, treating Timberwolves and Lynx staff to an advance screening of "What Men Want," a romantic comedy in which he has a cameo as himself.

His All-Star game sequel, which will be played on Feb. 17 in Charlotte, North Carolina, has been better than the original.

The 7-foot Towns has appeared in every game since the Timberwolves drafted him out of Kentucky in 2015 with the first overall pick, a streak of 297 straight regular-season contests that, according to the team, is the longest to start a career in the league in 48 years.

He is 16th in the NBA in points (22.6 per game), ninth in rebounds (12.1) and ninth in blocks (1.86), with a career-best average of 3.1 assists to boot. Towns has hit the 30-point mark five times in the last 17 games and, just two days ago, hit a buzzer-beating jumper to beat Memphis in overtime. He's still prone to foul trouble, but his defense, as evidenced in part by his career-best blocks rate, has improved from his previous three years in the league.

Towns has led the Timberwolves in scoring this season in 23 of 51 games and in rebounding 36 times, but in the aftermath of Jimmy Butler's awkward departure this was already going to be his squad, both statistically and financially.

The way Towns has handled himself off the court over the past year, however, has cemented his status as the franchise cornerstone. Andrew Wiggins also has the past first overall draft-pick status and the maximum-salary contract, but whether because of personality or position, he hasn't displayed the same ability or willingness to carry the team. Butler's trade request emerged shortly before training camp began, and he was not shy before or after his arrival in Philadelphia about criticizing Towns, who has not responded in kind.

"A lot of things could've went sideways, in my personal life, in work, but I stayed true to myself," Towns said, alluding to the recent death of a high school friend. "I stayed to who I was, and I didn't lose myself at all, in all of it."

Towns, who joined Butler in Los Angeles at the midseason showcase last year, is only the seventh different All-Star in the franchise's 30-year history. He'll also become just the third player to go to the game more than once, an exclusive club with Kevin Garnett (10) and Kevin Love (three). Garnett, coincidentally, was at the team's practice facility on Friday for a taping of his studio show on TNT. As Garnett walked past the interview Towns was conducting, he playfully teased his protege. The pair played together when Towns was a rookie.

"In all our conversations, he didn't ever say it was for him," Saunders said. "He said, 'I love what it means for the organization.'"