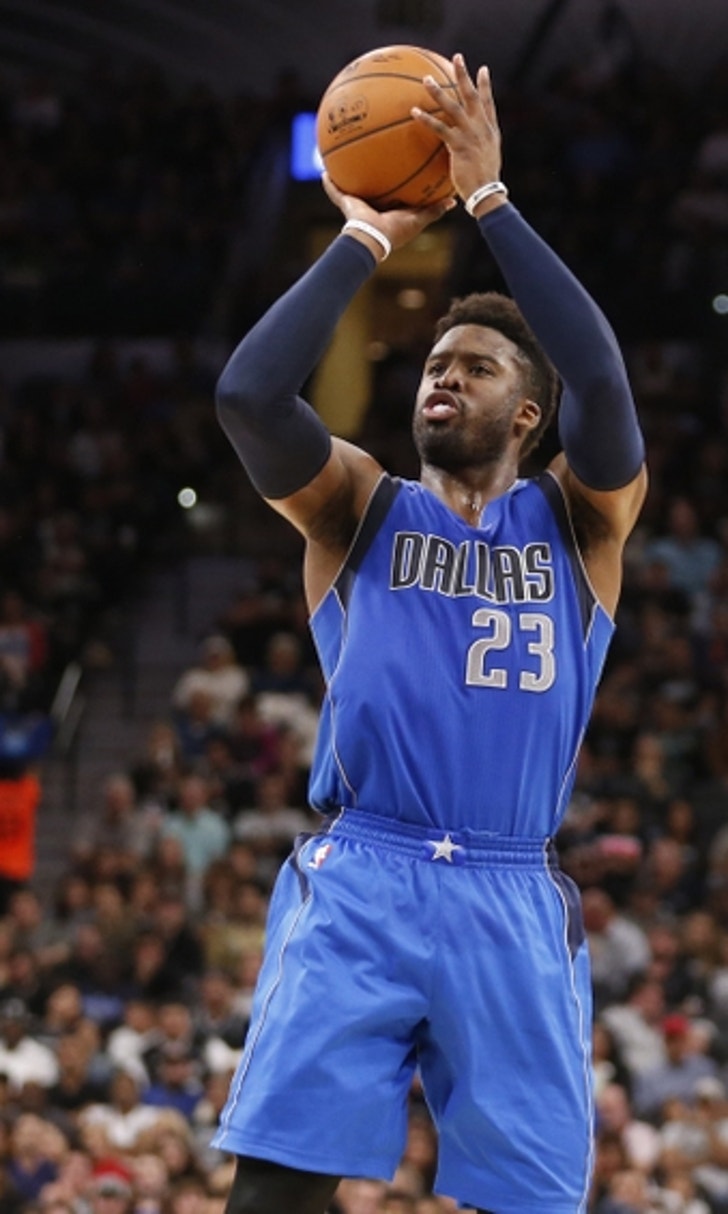 BY Fansided and Evan Siegel/FanSided via The Smoking Cuban • December 26, 2016
share

The Dallas Mavericks are starting to turn things around now around the holidays and a big reason for that success has been the play of Wes Matthews.

Sitting at 9-21, the Dallas Mavericks are still dwelling near the very bottom of the Western Conference standings. While Harrison Barnes, Dorian Finney-Smith, and Salah Mejri have proven themselves as pieces moving forward for the Mavs, the one player that deserves the most credit for the Mavericks this season is their starting shooting guard, Wesley Matthews.

Matthews has become the subject of trade rumors in recent weeks as the Mavs continue to drop games to teams of any quality. The one constant for the Mavs has been Wesley Matthews.

While Harrison Barnes has been the star for the season, the Mavs have gotten unparalleled contributions from Matthews. The iron man has led the team in minutes since last season despite his devastating achilles injury he suffered while a member of the Portland Trail Blazers.

Since his injury that had the potential to end his career, Matthews has undoubtedly struggled with his shot. Matthews’ three-ball was among the deadliest in the NBA before his injury, and helped transform the Trail Blazers offense into one of the scariest in the league.

While he certainly does not have LaMarcus Aldridge or Damian Lillard helping him in the Mavs offense, the iron man has provided a type of production on the defensive end that the team has lacked since Jason Kidd.

In his first game with the Mavs in last season’s opener, Matthews played on a minutes restriction despite starting the game. What became instantly apparent was Matthews’ outstanding commitment to the defensive end. All last season and so far this season, Matthews has continuously checked the opposing team’s best scorer.

In the Western Conference, that is a daunting task night in and night out. Stephen Curry, James Harden, Tony Parker, Russell Westbrook, Damian Lillard, and Mike Conley were all guarded by Matthews during the Mavs’ match-ups with the aforementioned guards’ respective teams.

What cannot be ignored about Matthews is his attitude. A relentless competitor, Matthews has exhibited himself as one of the game’s best teammates. Unlike DeAndre Jordan, Matthews honored his commitment to sign with Dallas as a free agent after DeAndre’s debacle.

In a playoff series where the Mavs were missing Deron Williams, Chandler Parsons, David Lee, and J.J. Barea, Matthews backed down from nothing against a massively superior Oklahoma City team possessing two of the game’s top five stars.

This season, even though Matthews’ shooting has taken awhile to get back to what it once was, his defense has been comparable to, dare we say, Scottie Pippen. Rick Carlisle referred to Matthews as one of the game’s best clutch defenders after he essentially affixed himself to Damian Lillard and sealed an impressive road victory for the Mavericks.

Matthews has established himself as one of the game’s premier perimeter defenders, and next to Harrison Barnes, the Mavs can play tight defense on the perimeter for year’s to come.