OKLAHOMA CITY -- Without Tony Parker and Kawhi Leonard for much of the season, the San Antonio Spurs have found a way to do much more than tread water.

With Paul George and Carmelo Anthony added to superstar Russell Westbrook, Oklahoma City has struggled to even stay afloat as the Thunder's offense has stagnated with its new look.

On Sunday in Oklahoma City, the two meet in what could be either be a continuation of current trends or a turnaround.

Leonard continues to progress after missing the entire season with a quadriceps injury and is on the road trip with a chance to return against the Thunder or at least soon.

Leonard recently has gone through five-on-five practice sessions and fully participated in shootaround before the Spurs' win over Memphis on Friday.

"When he says, 'I feel I can go,' then he's got to convince me," Spurs coach Gregg Popovich said. "Because I'm going to err on the conservative side. We'll see. He's too valuable to bring back early."

If Leonard doesn't return Sunday, he could play Monday when the Spurs return home to play Detroit.

The Spurs have still managed to go 15-7 without the player who finished third in Most Valuable Player voting a year ago.

After missing the first 19 games, Parker has played in the last three, averaging 16 minutes in those three wins.

The Spurs have won four consecutive games and 11 of their last 14.

One of those wins came against the Thunder on Nov. 18, when Oklahoma City led by 17 after one quarter before San Antonio steadily chipped away at the lead before winning 104-101.

That game played out in a familiar pattern for the Thunder (9-12) -- the starting five got off to a hot start before things started to fall apart when Billy Donovan went to his bench.

Donovan has experimented with his rotation over the past few games, changing things up to try to find the right combination to stay afloat when Westbrook, George or Anthony has to head to the bench and trying to find a way to make their offense work more effectively together when they're all on the floor.

"I think he's been trying to integrate all three of our games into our offense," George said. "And I think he's doing a good job with it. To have three guys that (have) been used to offense running through them, he's finding ways without our offense to try to keep all three of those elements within in."

Though the Thunder are in ninth place in the Western Conference, Donovan said he's not worried about figuring things out before it becomes too late -- either for him or the Thunder.

"I look at the totality of our team offensively," Donovan said. "I still think we can grow and get better from that."

Part of that focus is on getting Anthony going offensively. He was held to a season-low nine points in Friday's win over Minnesota.

"I knew he can generate a lot of his own when he gets to his spots on the floor, but certainly generating 3s for him, I think, is really helpful for our team with as elite a 3-point shooter as he is," Donovan said of Anthony.

Hollywood Headscratcher
Paul George's postseason play was shockingly uneven, creating question marks as to how he and his LA teammates move forward.
2 days ago

Easy Street
No Kawhi, no Giannis, no Harden. LeBron and the Lakers have a golden opportunity ahead, but is it as easy at it seems?
September 17 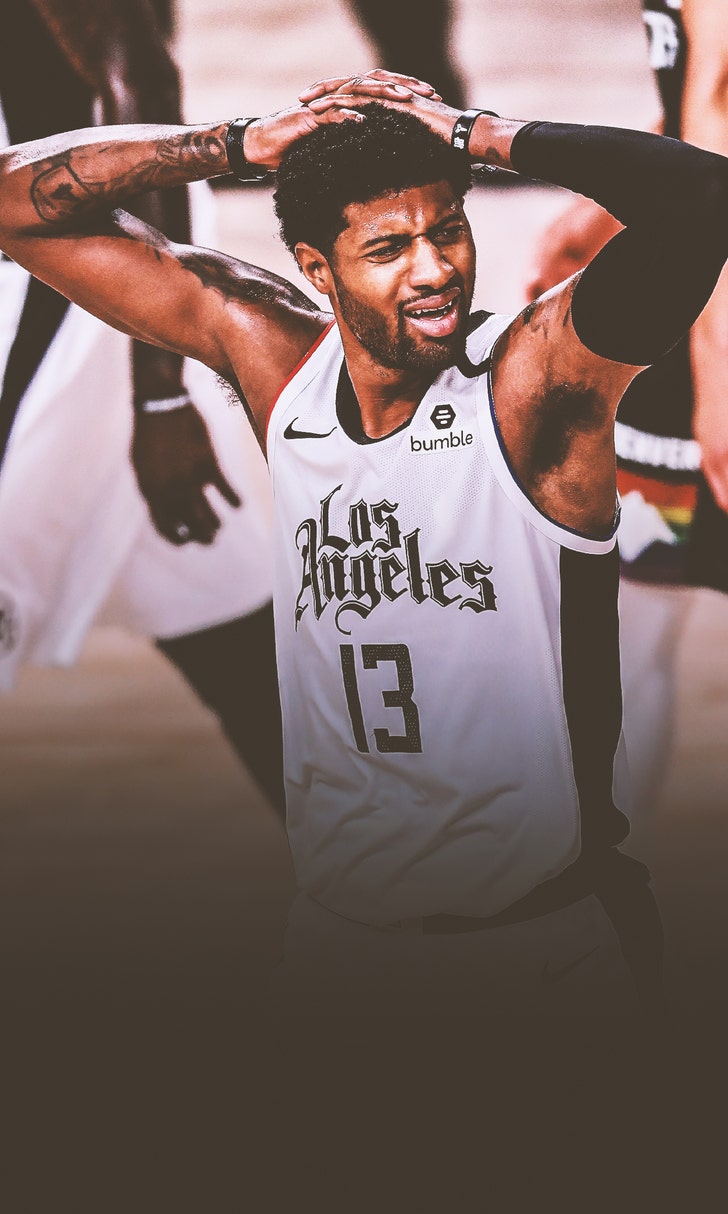