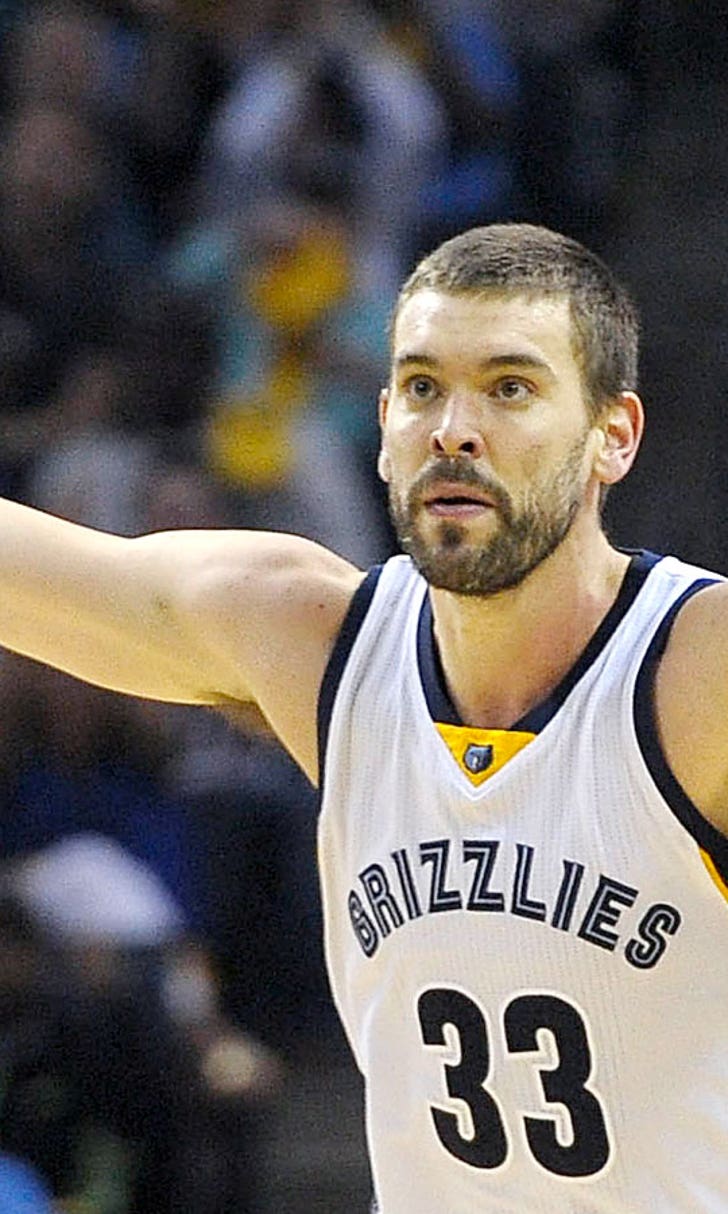 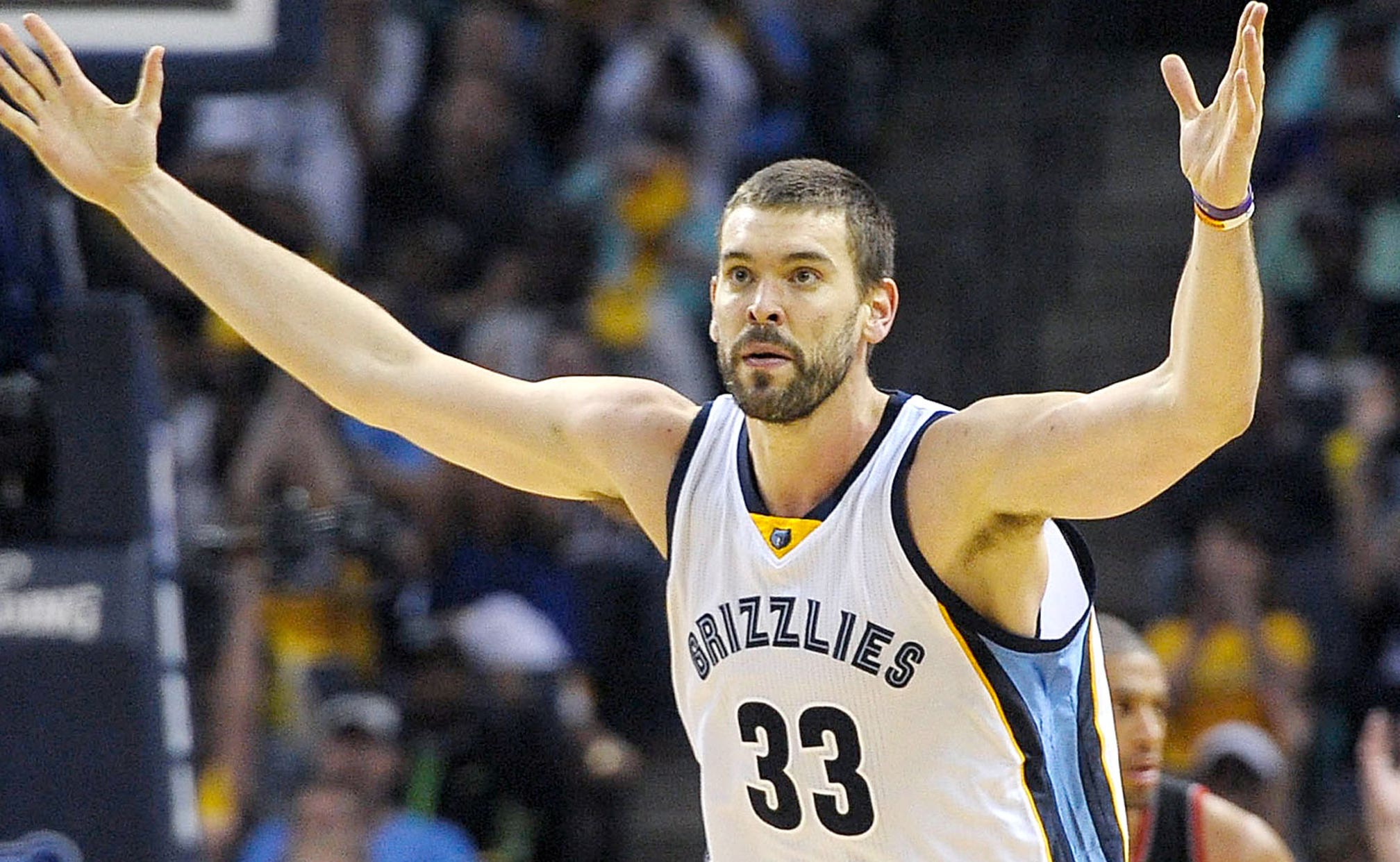 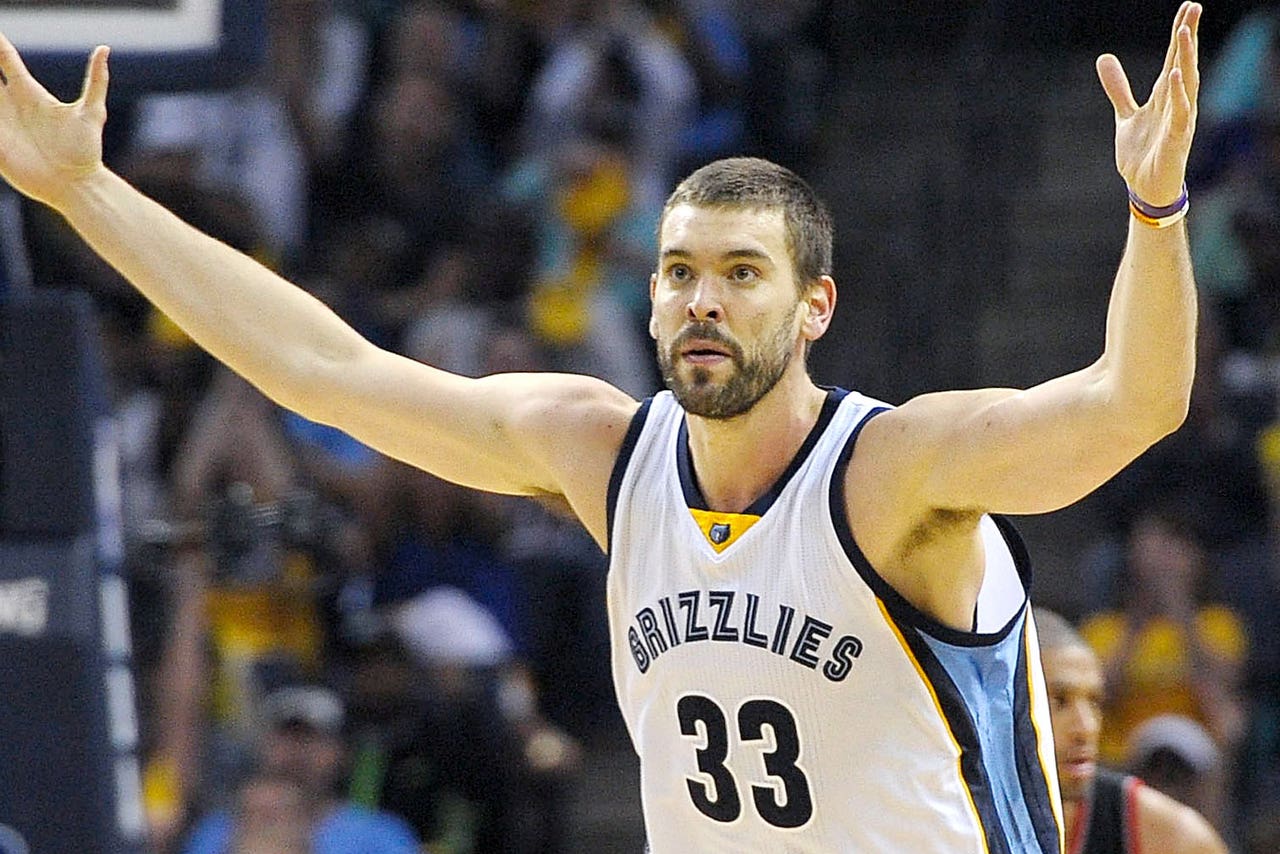 Through seven years in Memphis, Marc Gasol has embodied the Grizzlies' "Grit-n-Grind" mantra as much as anyone. So when it finally game time for Gasol to hit the open market, it was no surprise that no other team had a chance.

Gasol agreed to terms with the Grizzlies on Monday on a five-year maximum contract worth more than $100 million, a person with direct knowledge of the negotiations told The Associated Press. The person spoke Monday on condition of anonymity because the deal has not been announced.

While many of the other high-profile free agents completed deals in the first few frenzied days of the market opening last week, Gasol was in no rush. Probably because he knew where he was going to end up all along.

The 7-foot-1 Spaniard is coming off the best season of his NBA career, earning a starting spot in the All-Star game. He also became the first Grizzlies' player voted to the All-NBA first team .

Gasol averaged 17.4 points, 7.8 rebounds, 3.8 assists and 1.62 blocks this past season. He set career highs for total points, scoring average, field goals made and attempted. He scored 30 or more points five times, something he did only once through his first six years combined.

The 30-year-old All-Star center met with Grizzlies owner Robert Pera in Spain last week and didn't take any other meetings, never even allowing another team a chance to get its foot in the door and woo him away from the city he has spent his entire NBA life in, and a few years before that as well.

When his older brother, Pau, came to the Grizzlies in 2001, Marc followed him from Spain and attended high school in Memphis. The Lakers held Marc Gasol's rights, but in an odd twist, the Grizzlies acquired them when they traded Pau to the Los Angeles in 2008. Pau helped restore the Lakers' championship luster and Marc helped instill a nasty new attitude with the Grizzlies.

Marc Gasol teamed with burly power forward Zach Randolph to give the Grizzlies a ferocious frontline that endeared them to a city hungry for success. With Gasol leading the way, and maturing from a doughy youngster into a chiseled veteran, the Grizzlies have gone to a franchise-record five straight playoffs. They have reached the Western Conference semifinals three times and made a stirring run to the conference finals in 2013.

The Grizzlies also have won at least 50 games in the past three seasons.

Gasol was even better in the postseason this year as the Grizzlies beat Portland before losing to Golden State in six games.

As the Grizzlies cleared out their lockers in May after losing the Western semifinals, Gasol noted his whole family has been in Memphis for the past 14 years, laying the groundwork for an anticlimactic foray into free agency.

"The place I used to go watch basketball games is now a Bass Pro Shop," Gasol said of the Pyramid where the Grizzlies first played in Memphis.

While LaMarcus Aldridge left Portland after nine years to sign with San Antonio and DeAndre Jordan left the Clippers after seven to join the Mavericks, Marc Gasol wasn't going anywhere.