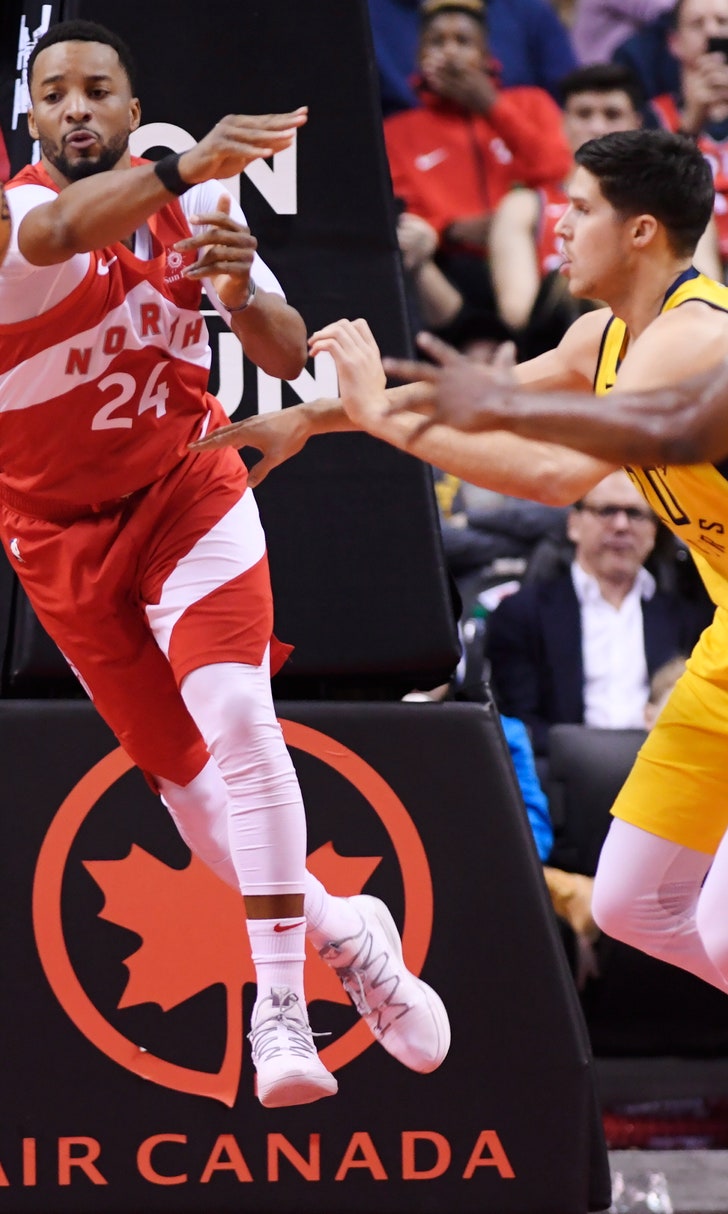 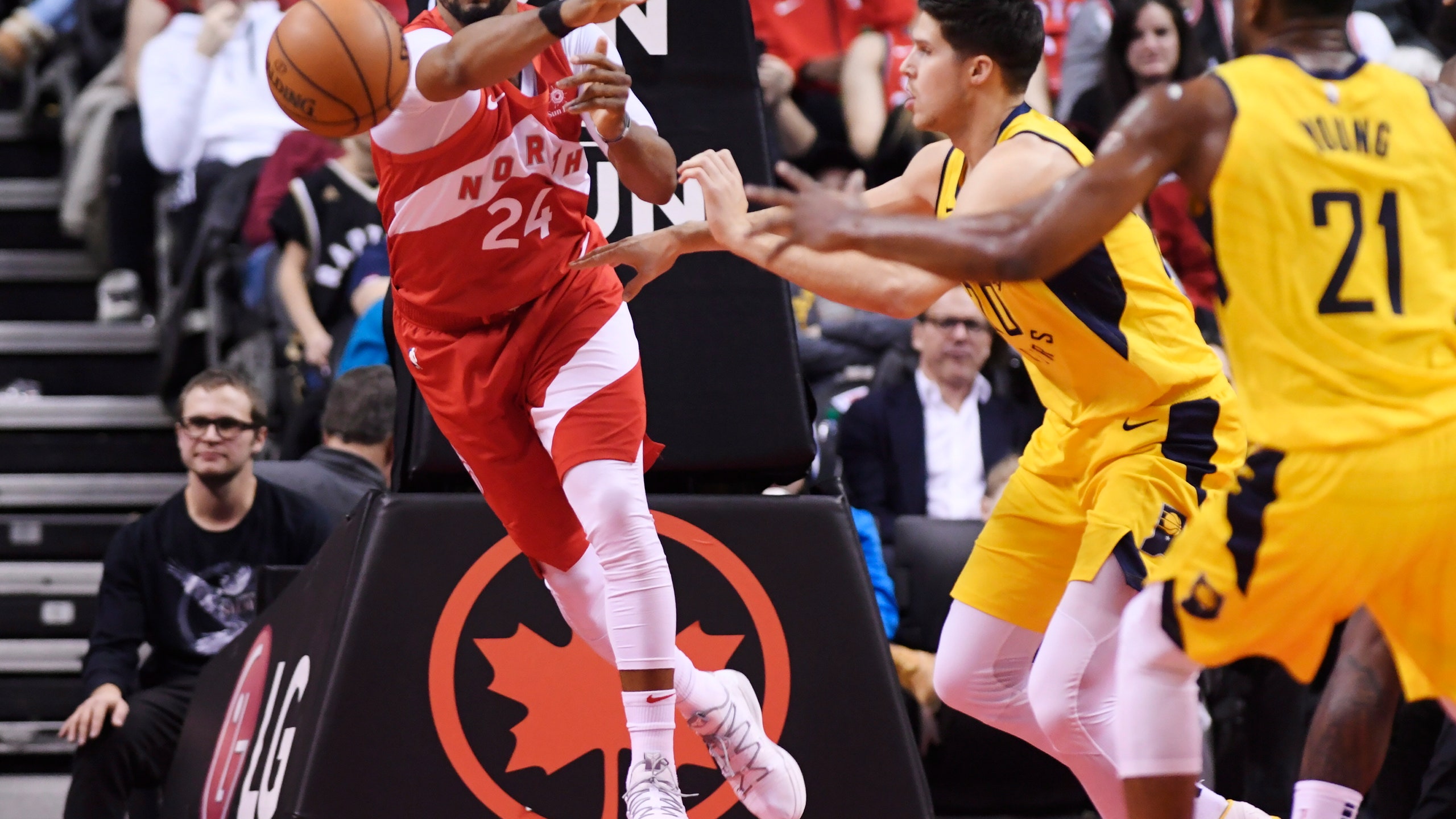 TORONTO (AP) — Kyle Lowry returned from injury to help the Toronto Raptors extend a run of home dominance over the Indiana Pacers.

Serge Ibaka scored 18 points, while Lowry had 12 points and eight assists after missing the previous six games because of a sore lower back.

"He's a big piece of what we're tying to do here," Powell said. "It seemed like he hasn't missed a beat."

Kawhi Leonard rested on the second night of a back-to-back, but Lowry played 32 minutes and shot 4 for 10, going 2 for 6 from 3-point range.

"Good to be out there with my guys," Lowry said. "It felt good to be able to help them get a win."

The Pacers lost their 11th consecutive game north of the border. Indiana's most recent win Toronto was March 1, 2013.

Lowry also had three steals and three rebounds, and took a pair of charges.

"There's about 32 other things out there that you're not seeing that he's doing that don't get recorded on the stat sheet," coach Nick Nurse said.

Danny Green scored 15 points and Fred VanVleet had 12 as the Raptors returned from a victory in Milwaukee on Saturday to win their fifth straight at home.

Powell made 10 of 12 shots and scored 11 points in the final quarter.

Green matched his season high with five 3-pointers and Toronto hit 17 of 33 from long range, one shy of its season best.

"They were the aggressors all night long," Pacers coach Nate McMillan said. "We never really established that we could stop them."

It was the fifth time this season the Raptors have faced a team that had won at least five straight games. Toronto is now 3-2 in such encounters, also beating Miami on Dec. 26 and Milwaukee on Saturday.

"Hopefully this will be an eye-opener for us, and realize we've got a lot of work to do if we want to get to where we want to be," Indiana's Victor Oladipo said.

Bojan Bogdanovic scored 21 points, Domantas Sabonis had 16 points and 11 rebounds, and Oladipo scored 16 points for Indiana. The Pacers have lost five straight and 14 of the past 16 against the Raptors.

Indiana has won 13 of its past 16, losing twice to Toronto and once to Cleveland in that span. The Raptors rallied from a 17-point deficit to beat the Pacers 99-96 on Dec. 19.

Both teams shot better than 60 percent in the first quarter but the Raptors made six of nine attempts from 3-point range to lead 37-35.

Powell scored 10 points in the second and Toronto led 70-63 at halftime. Ibaka had 10 in the third as the Raptors took a 96-84 edge into the final quarter.

Pacers: C Myles Turner (right shoulder) was not available. Sabonis made his second start of the season. ... All five starters scored at least 10 points.

Raptors: Powell's career high is 30, set at Brooklyn on April 13, 2016. ... Lowry and Leonard have played together in 21 of Toronto's 42 games. ... Lowry had not played since Dec. 22 at Philadelphia. He missed the four games before that because of a sore left thigh.

Toronto got more bench points in the first quarter (six) than it did in all of Saturday's win at Milwaukee (five). The Raptors finished with 52 bench points.

"We talked about coming out and setting a tone, bringing the energy and playing our game," Powell said.

Leonard has been held out of at least one game of all eight back-to-backs so far this season, one year after being limited to nine games with San Antonio because of a quadriceps injury.