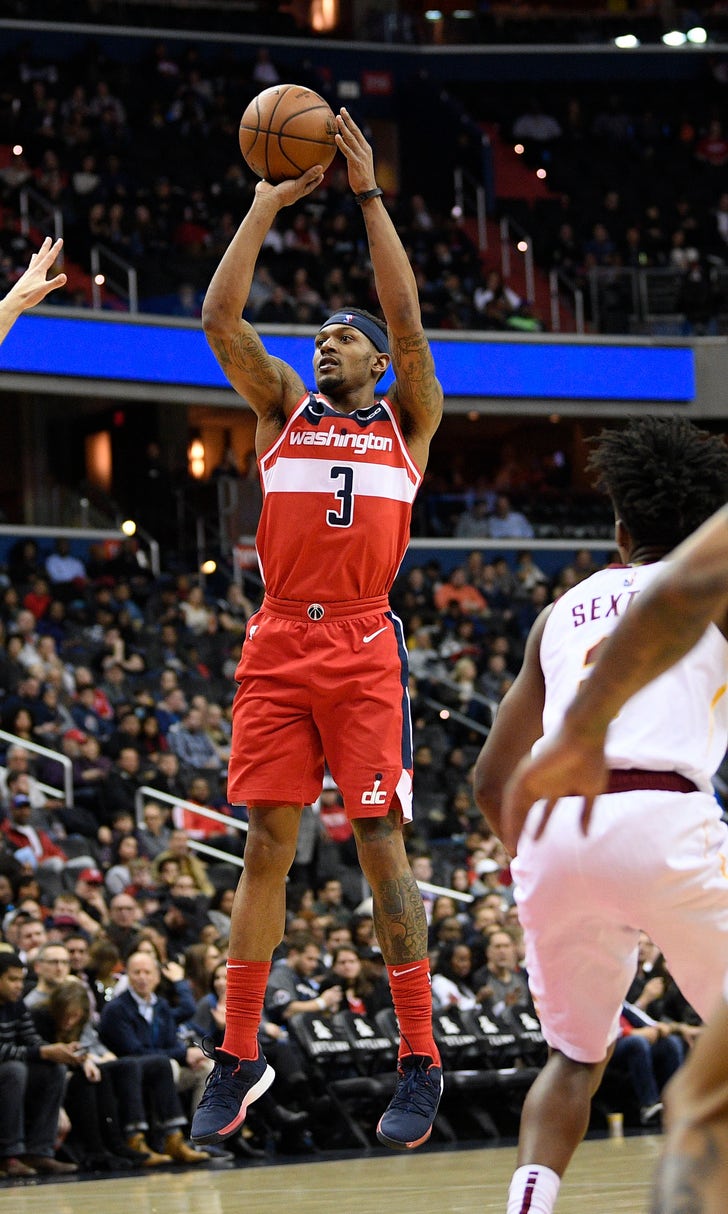 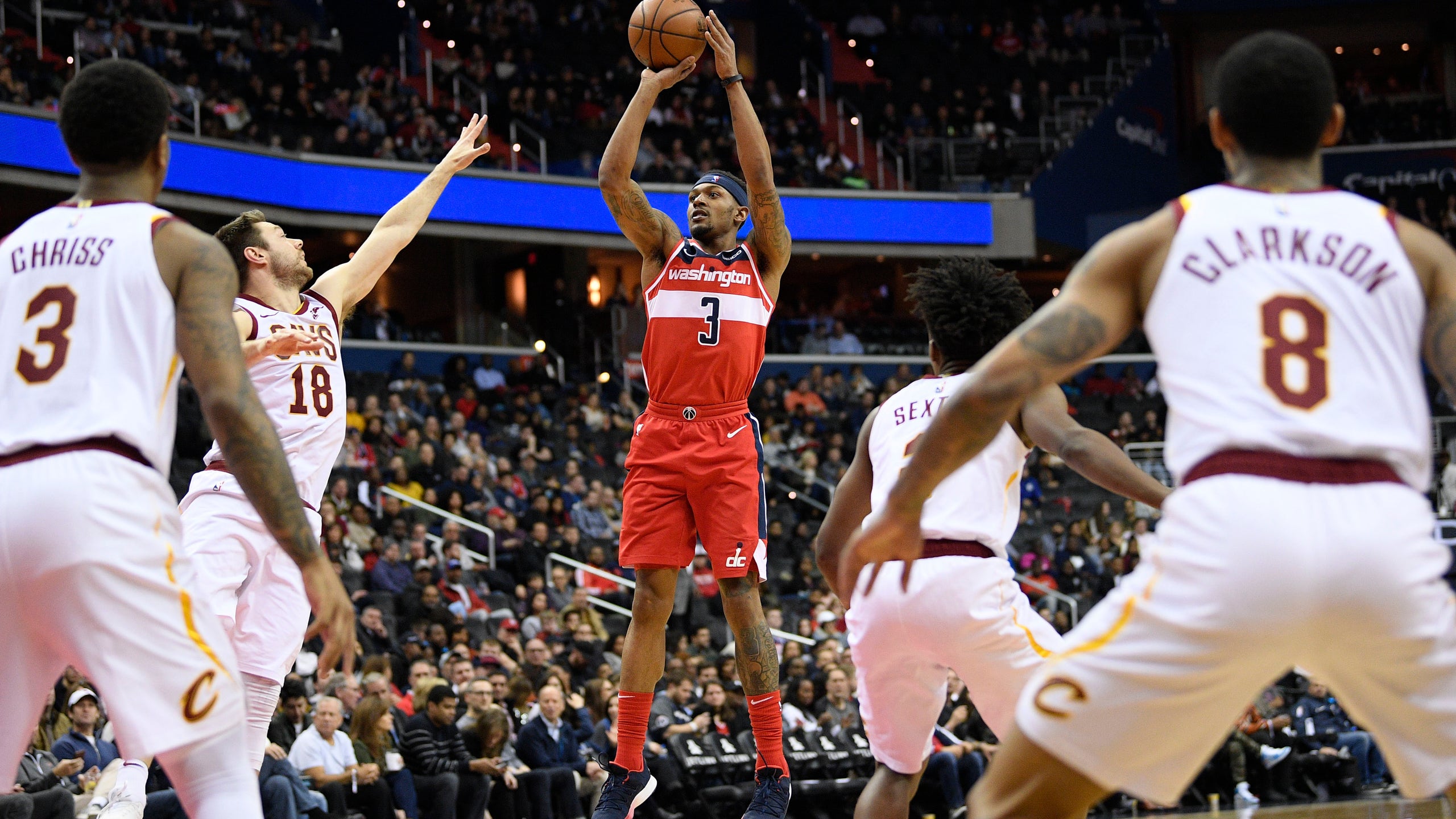 WASHINGTON (AP) — When the Washington Wizards found out that All-Star point guard John Wall was going to need surgery for a ruptured left Achilles tendon, just a month after surgery to repair bone spurs in his left heel, they decided to regroup.

Wall's surgery will cost him at least the majority of the 2019-20 season. After learning the news just ahead of the NBA's trading deadline, the Wizards quickly traded Otto Porter Jr. and Markieff Morris in separate deals.

One of the players Washington acquired from the Chicago Bulls for Porter, Bobby Portis, had a spectacular debut, scoring 30 points to lead the Wizards over the Cleveland Cavaliers 119-106 on Friday night.

Portis had 16 in the first quarter, hitting all six of his field-goal attempts in the period.

"When I first got here yesterday, I felt the love right off," Portis said. "Everybody welcomed me in. All my teammates and my coaches wanted me to be myself."

Portis said the advice he received was succinct. "'Don't try and fine tune. Come in and be who you are.' That's who I am," he said.

The Wizards led 77-57 early in the third quarter, but the Cavaliers got to within 89-86 late in the period. Thanks in part to 10 more points from Portis in the fourth, Washington pulled away.

Bradley Beal added 25 points and 12 assists. Jabari Parker, who came along with Portis from Chicago, had seven points, 11 rebounds and nine assists.

"I was actually surprised with how well (Portis) was able to mesh quickly on the fly, him and Jabari," Beal said. "It was almost like free-flowing. That's how we play anyway."

Cleveland, which has lost 21 of 24, was led by Collin Sexton with 27 points. Jordan Clarkson scored 24, and Larry Nance Jr. had 10 points and a career-high 19 rebounds.

"We turned the basketball over five times in that first quarter, which you just cannot do on the road," Cavaliers coach Larry Drew said. "They built the lead, a lead just too big for us to overcome."

In his first game back after left foot surgery forced him to miss 50 games, Kevin Love started and played the first six minutes, scoring four points. He did not return to the game. Drew said Love would not play when Cleveland plays at Indiana on Saturday night.

Besides Parker, Wesley Johnson, who came from New Orleans for Morris, had two points in 15 minutes.

Brooks was impressed with Parker, but said he could have done more.

"I'm probably the one that kept him from a triple-double," Brooks said.

Marquese Chriss, who was picked up by the Cavaliers in a three-team trade, had 13 points in 23 minutes.

"I thought he did a good job for the first time, not really knowing what we're doing as far as our plays and defensive schemes," Drew said. "We threw him into the fire and I thought he responded well."

Wall, who will undergo surgery on Tuesday, said he was in "great" spirits and plans to spend time with his newborn son and his mother, who has cancer, during his rehabilitation.

"I guess God is telling me something," Wall said about the Achilles injury. "To sit down and get yourself fully healthy. I've played through injuries my whole career. I know a lot of people who played through injuries and don't sit down. That's one thing I don't like to do. If something that's nagging or not broken, I want to play. I guess it kind of caught up to me."

Wizards: Have just one home game between Friday and March 3. ... F Troy Brown missed his third game with a sprained left ankle. Brooks said Brown was "probably another week or so" from returning.

Wizards: Visit their former teammate Porter and the Bulls on Saturday.