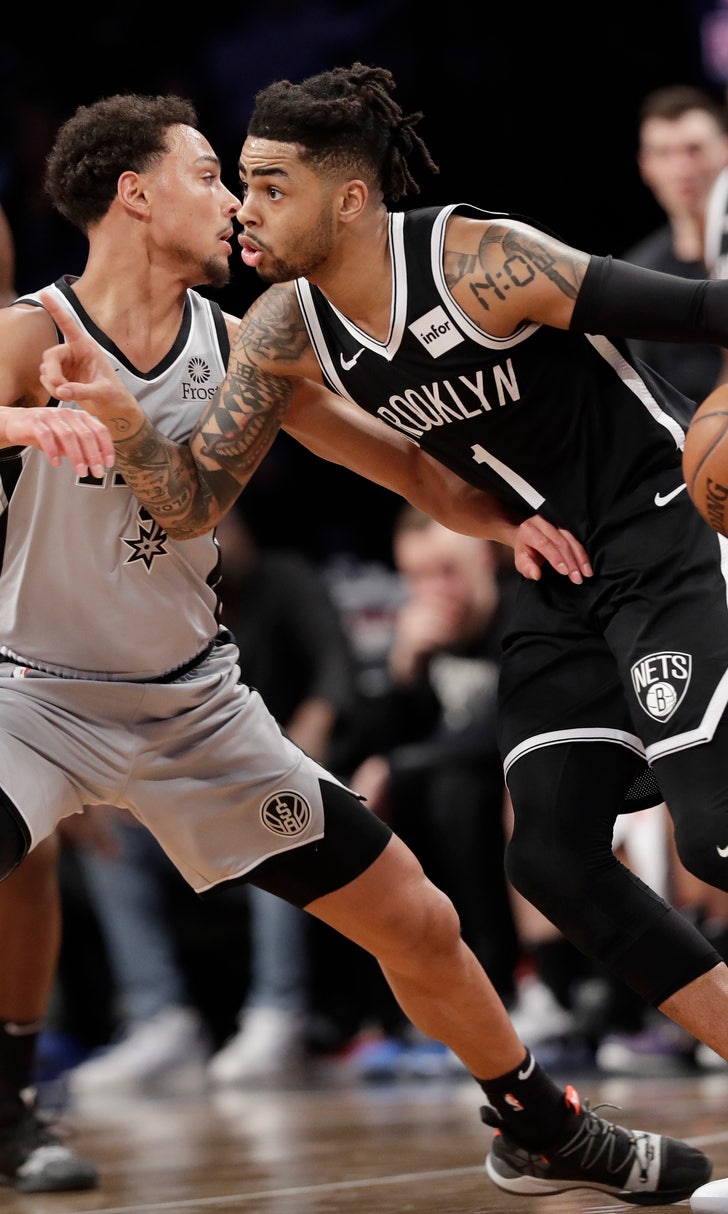 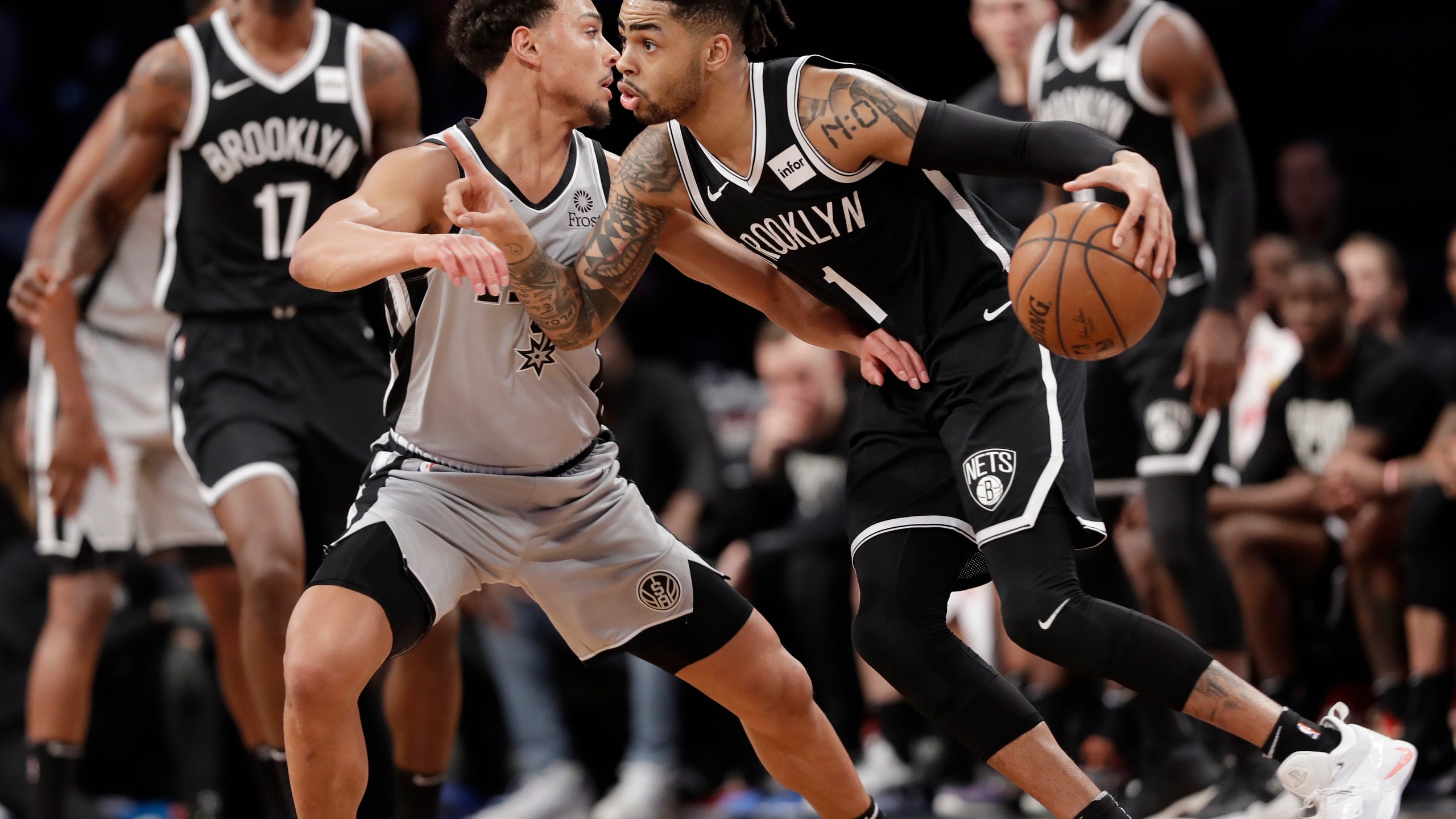 The San Antonio Spurs have rarely looked this shaky so close to the playoffs.

D'Angelo Russell had 23 points, eight assists and seven rebounds, and the Brooklyn Nets beat the slumping Spurs 101-85 on Monday night.

A night after their defense was absent in a loss to the Knicks, the Spurs went across town and couldn't get their offense going. San Antonio was held to its lowest point total of the season, and the NBA's leading 3-point shooting team was a season-worst 16.7 percent behind the arc.

Unable to get a win, the Spurs had to settle for a positive.

"I was very angry after the game last night. I'm very pleased about this game because we held a good team to 101 points and if we continue to do that we'll be in good shape," Spurs coach Gregg Popovich said. "Just, you can't control whether the ball goes in or not, so I think it was a good night for us."

San Antonio came in shooting a little better than 40 percent on 3s but finished 4 for 24.

"We gave them different looks in the pick-and-roll defense but it was key shutting down their 3-point shooters," Nets coach Kenny Atkinson said.

That sent the Spurs to a third straight loss and a 1-7 finish on their annual road trip that began in 2003 when the San Antonio Stock Show and Rodeo takes over their arena.

Joe Harris and Caris LeVert each added 15 points for the Nets, who made 19 3-pointers.

LaMarcus Aldridge had 26 points and 10 rebounds, and DeMar DeRozan added 23 points for the Spurs.

The Spurs have made 21 consecutive playoff appearances, tied for the second-longest streak in NBA history. But they entered tied with the Clippers for the final two playoff spots in the Western Conference, just ahead of ninth-place Sacramento, heading into their final 20 games.

"You have to stay confident, got to believe in yourself that hard work is going to make it better. Got to believe that shots are going to fall. Got to believe that if you put effort into defense and into doing the schemes that it'll work," Aldridge said. "Like I said, going home doesn't guarantee wins, but hopefully it'll put some new life into us and try to get some wins."

San Antonio gave up at least 30 points in every quarter Sunday in its 130-118 loss as New York snapped its franchise-worst home losing streak at 18 games. The Spurs then surrendered 28 in the first quarter in Brooklyn, falling behind by eight.

The Spurs tightened up in the second but this time couldn't get their own offense going, missing all six 3-point attempts in the period and getting outscored 15-4 to end the half as Brooklyn opened a 52-38 advantage.

It grew to 72-51 when Russell hit a 3-pointer just in front of the Spurs bench that seemed much deeper than the 26 feet it was credited as.

"When he's got it rolling like that you want him to continue to just be aggressive, to play with that confidence," Harris said.

Nets: The Nets beat the Spurs for the first time since Dec. 3, 2014. Their longest skid against a West team is now seven in a row against Golden State. ... St. John's coach and Hall of Famer Chris Mullin, who is from Brooklyn, was at the game.

It was the start of an important week for the Nets, who host Washington on Wednesday and Charlotte on Friday before a road-heavy March that includes a seven-game trip that will have them away for more than two weeks.

"I think it's an advantage playing here," Atkinson said. "I think we have to make some money, especially knowing what comes after that."