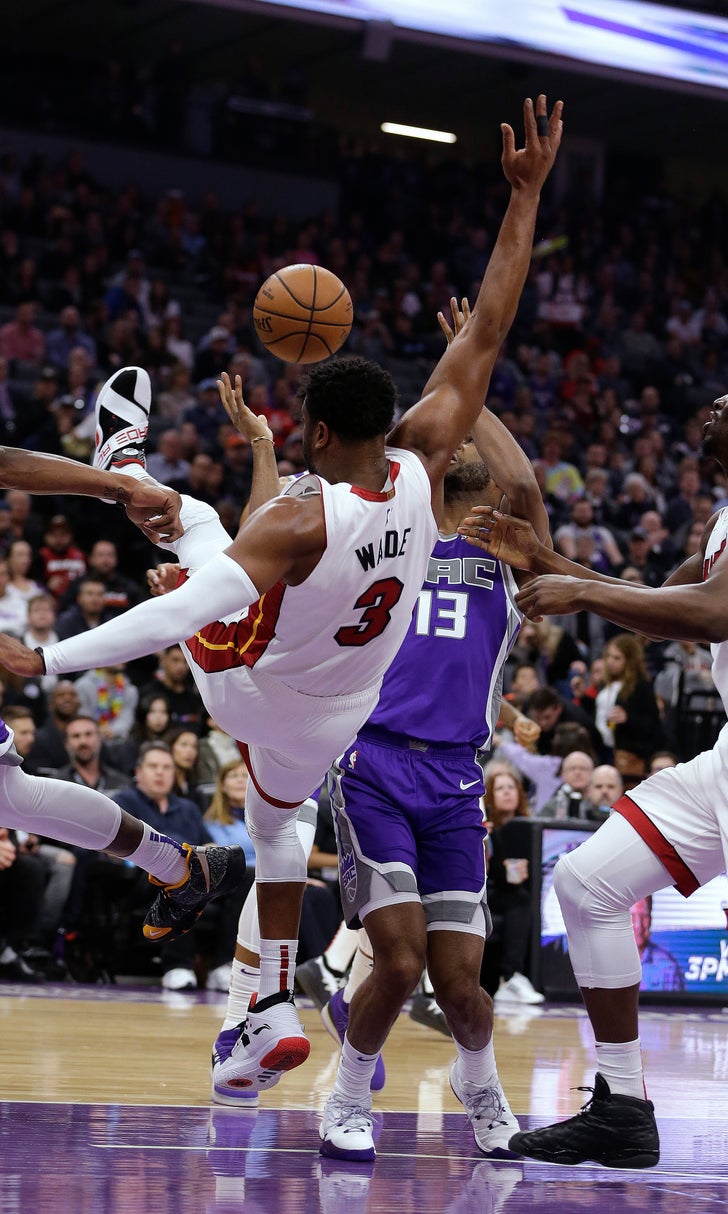 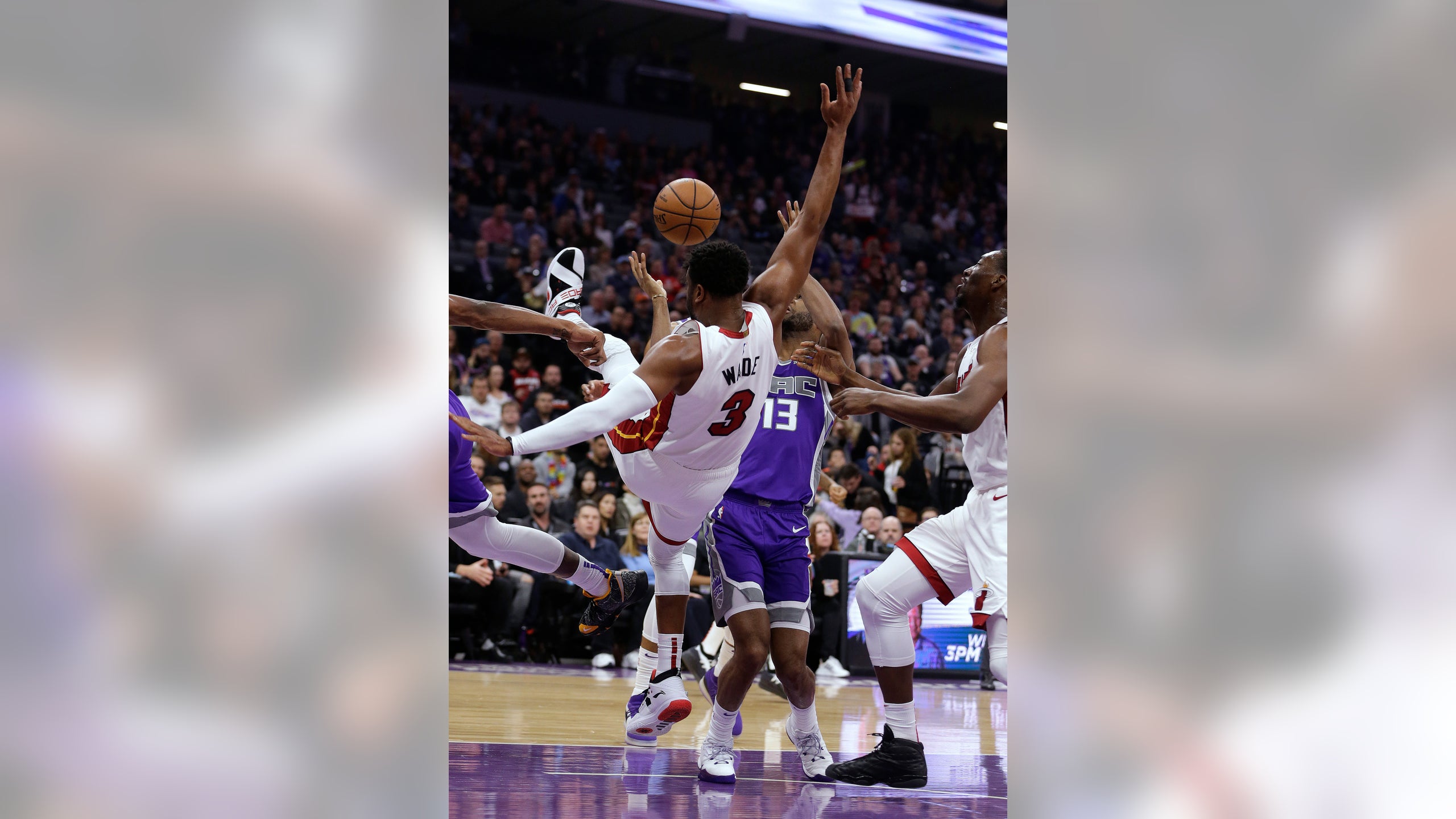 SACRAMENTO, Calif. (AP) — Miami Heat star Dwyane Wade cleared the concussion protocol and avoided a serious injury after crashing hard to the floor at the end of the first quarter against Sacramento on Friday night.

Wade landed awkwardly while going for a rebound with 15 seconds left in the first quarter. Wade's head bounced off the floor and he immediately grabbed the back of his head, and then rolled onto his stomach, where he lay while being checked by a team trainer.

Wade was eventually helped to his feet and walked off the court. He was examined by a team trainer and was checked for a possible concussion before returning with 4:35 remaining in the first half.

This is Wade's 16th and final NBA season, and Commissioner Adam Silver made him a special addition to the roster for next Sunday's All-Star Game in Atlanta, which would be Wade's 13th All-Star appearance. He has announced he plans to retire at the end of the year, and received a standing ovation from the Golden1 Center crowd when he checked into the game.