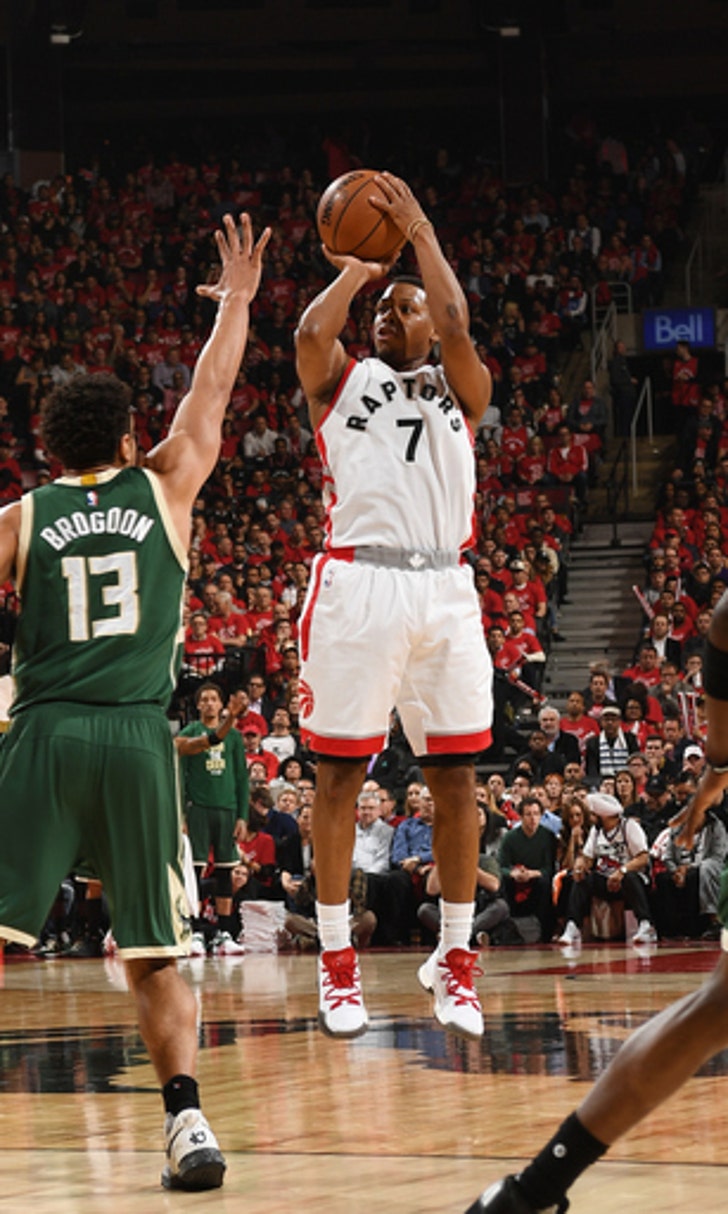 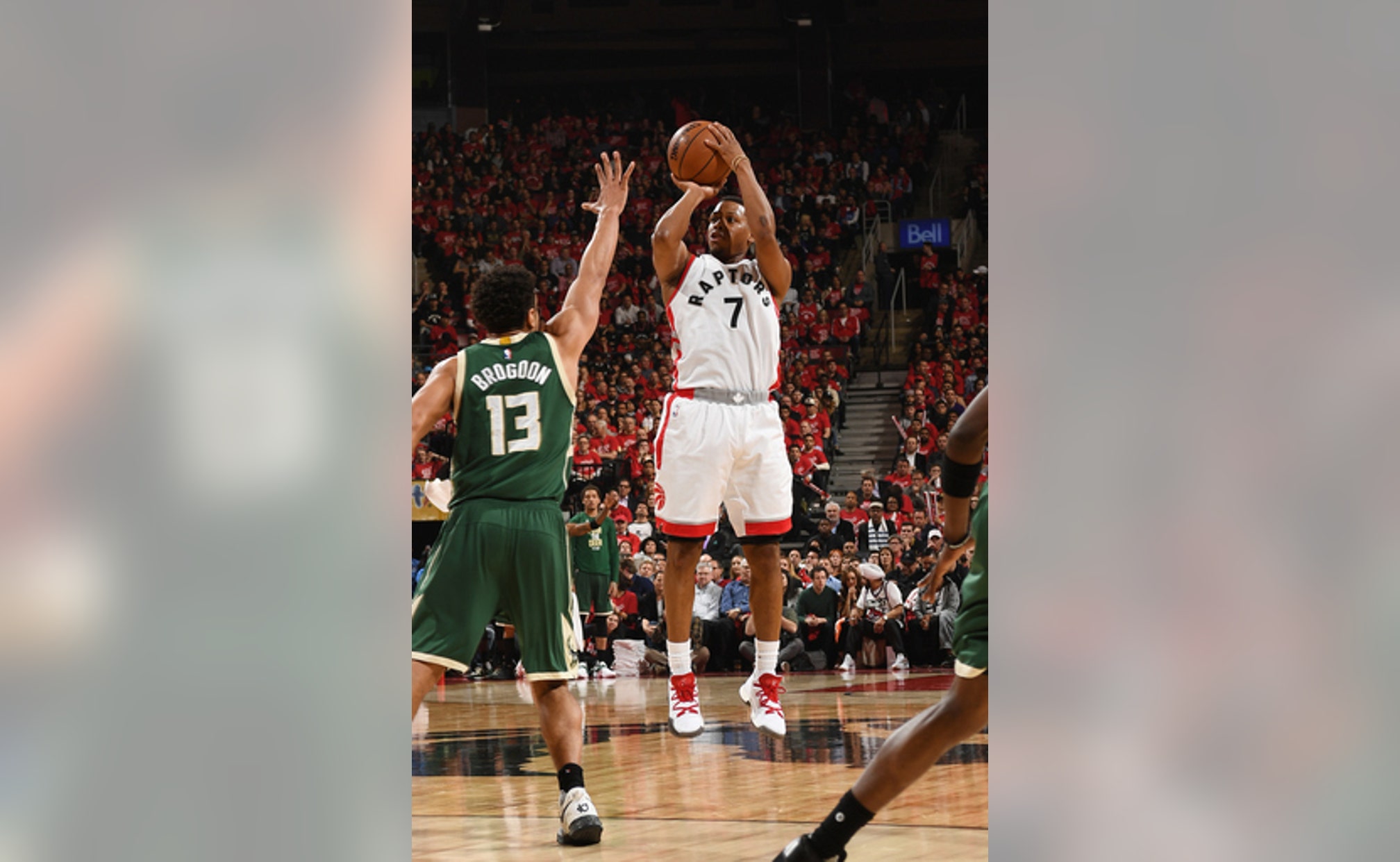 TORONTO (AP) Kyle Lowry shrugged off his Game 1 struggles in style, and got the Raptors back on level terms.

Lowry scored 22 points, including the clinching basket with less than 10 seconds to play, and Toronto beat the Milwaukee Bucks 106-100 on Tuesday night, evening their first-round playoff series at 1-1.

''I've been in the trenches with him before and he's always bounced back,'' Raptors coach Dwane Casey said. ''That's just who he is. He's a competitor, he's a fighter. I just knew that he wasn't going to be satisfied with the way he played in the first game.''

DeMar DeRozan had 23 points, Serge Ibaka added 13 of his 16 in the second half and Jonas Valanciunas had 10 points and 10 rebounds for the Raptors, who improved to 5-1 when playing Game 2 of a playoff series on their home court.

Game 3 is Thursday night in Milwaukee.

Giannis Antetokounmpo had 24 points and 15 rebounds for the Bucks. Khris Middleton scored 20 points and Greg Monroe had 18.

''We knew he was gong to be more aggressive, we knew he was going to get his shot off,'' Antetokounmpo said. ''Tonight he did a better job of shooting the ball and finding his teammates, too.''

Of Lowry's six baskets, none was bigger than his step back jumper with 8.9 seconds remaining, which gave Toronto a 104-100 lead.

While they couldn't snatch a second win away from home, Antetokounmpo said the Bucks had still managed to achieve something important.

''We definitely gained a lot of things out of these two games,'' he said. ''We got their attention.''

''They made more 3s by halftime than they did in the whole game in Game 1,'' Bucks coach Jason Kidd said. ''We've got to get those guys off the 3. That helped them.''

Leading 84-83 through three quarters, Toronto opened the fourth with an 11-0 run that included a pair of 3-pointers by Ibaka, and a third from P.J. Tucker.

Milwaukee battled back, and a layup by Antetokounmpo cut it to 98-97 with 2:46 remaining, leading to a Raptors timeout.

Ibaka made a jumper to put Toronto up three but Antetokounmpo answered with a 3-pointer, tying it at 100-all with 2:03 left.

DeRozan broke the tie with a jumper and, after missed 3-pointers by Malcolm Brogdon and Matthew Dellavedova, Tucker missed a pair of free throws.

DeRozan grabbed the rebound on a missed jumper by Middleton, setting the stage for Lowry's decisive basket.

DeRozan scored 12 points in the first and Antetokounmpo made just one of six field goal attempts in the opening quarter as Toronto led 28-25.

Lowry scored 12 points in the second but Milwaukee scored the final five points of the half to keep it close. Toronto led 55-52 at the break.

DeMarre Carroll scored seven points in a 13-0 Toronto run that gave the Raptors a 73-60 lead midway through the third but the Bucks answered with a 15-4 run over the next three minutes. Toronto led 84-83 heading to the fourth.

Bucks: Antetokounmpo missed six of his first eight field goal attempts. His only made basket in the first quarter was a dunk. ... Antetokounmpo finished with seven assists.

Raptors: Ibaka started despite a sore left ankle sustained when he stepped on Antetokounmpo's foot in the third quarter of Game 1. ... Lowry had four rebounds and five assists. ... Former Toronto C Bismack Biyombo attended the

The Raptors have lost back-to-back games just once since the All-Star break, losing March 10 at Atlanta and March 11 at Miami.

The teams meet Thursday in Milwaukee.