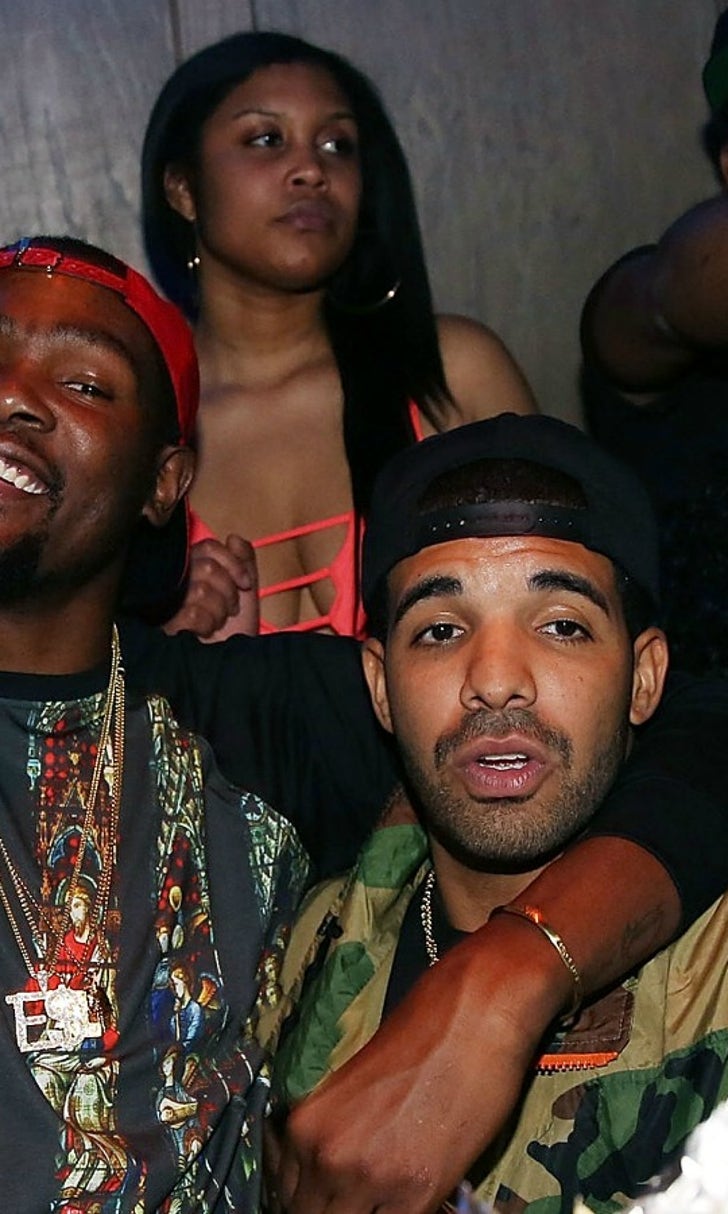 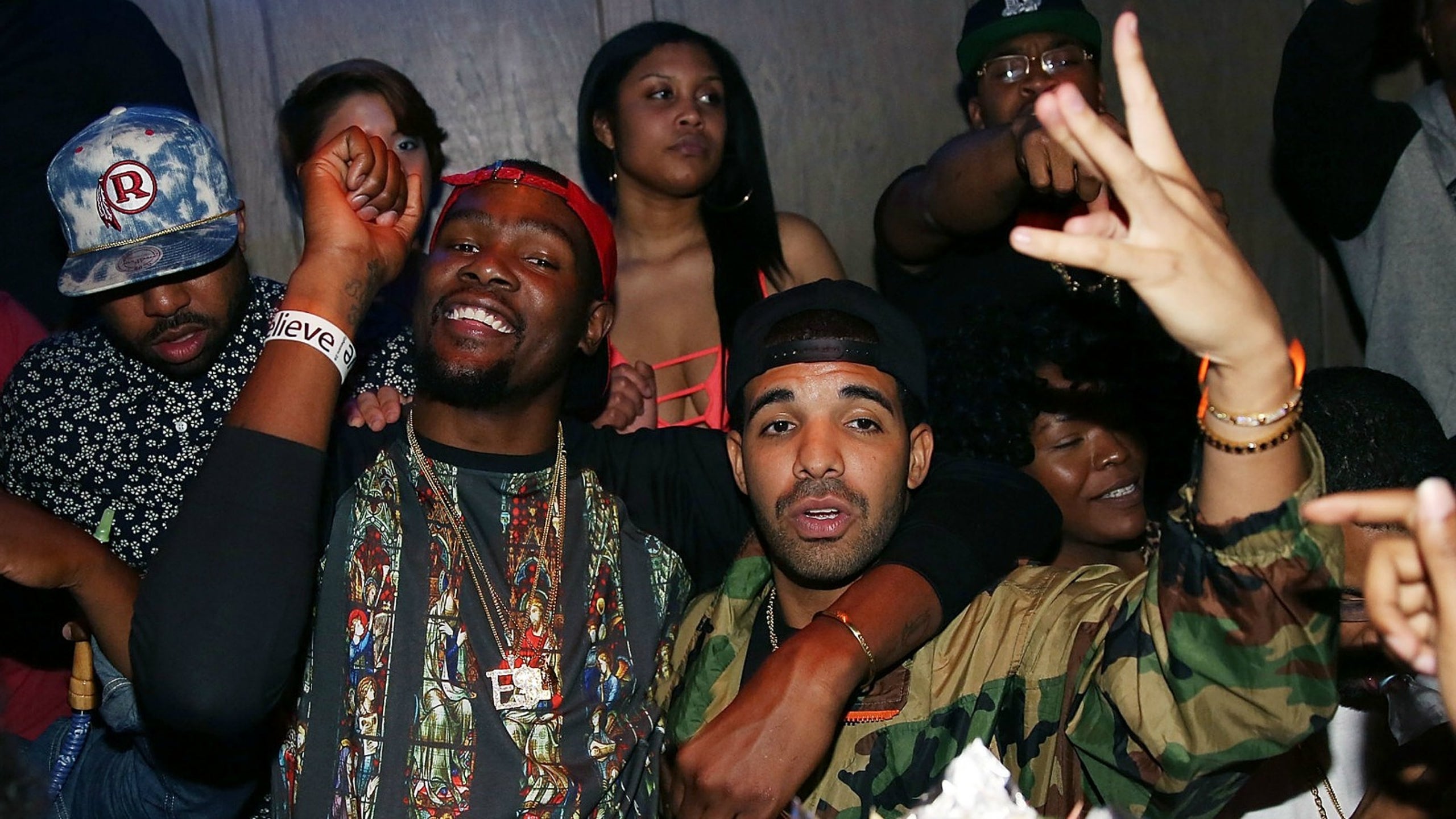 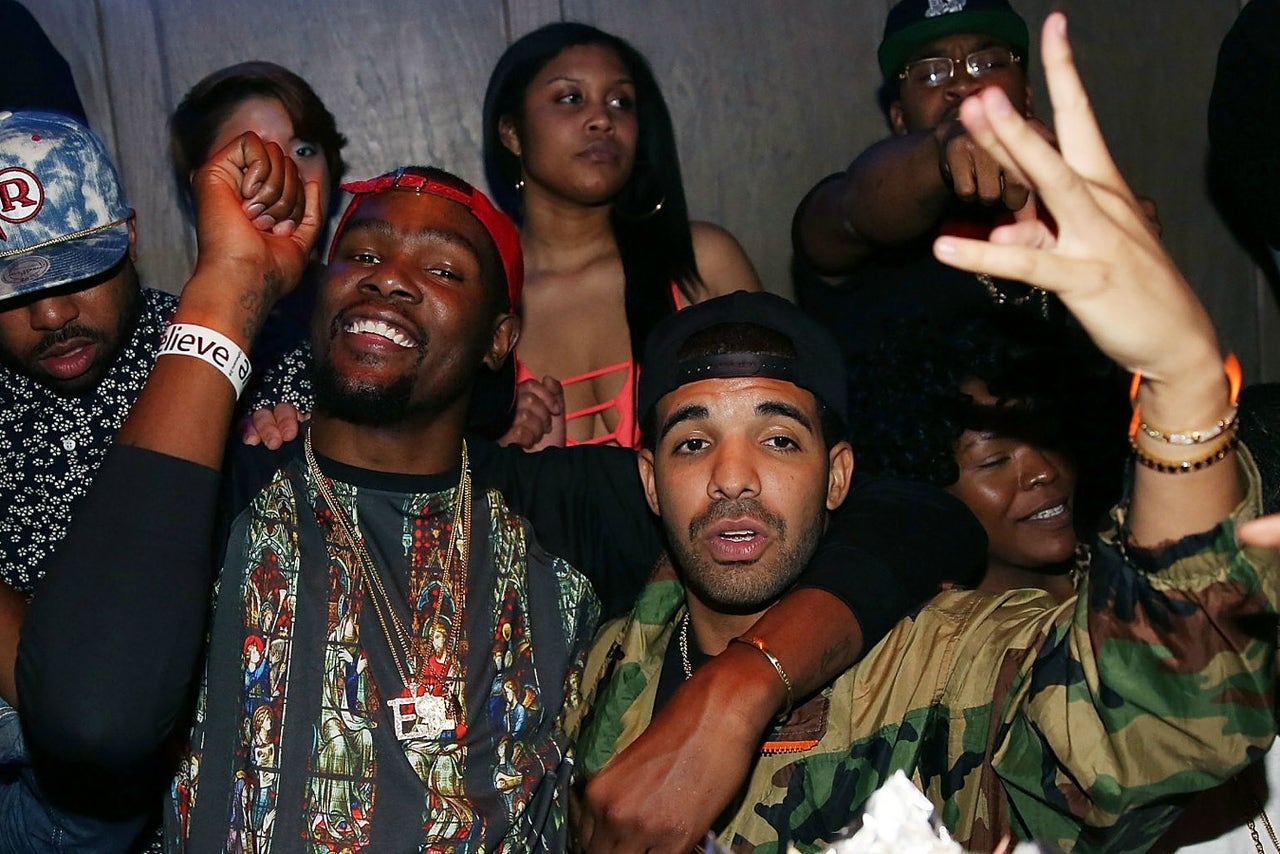 Drake and Kevin Durant go back a while.

Around the same time, a photo surfaced of Durant in the studio with Drake, wearing a black OVO sweater with the trademark owl logo in gold: 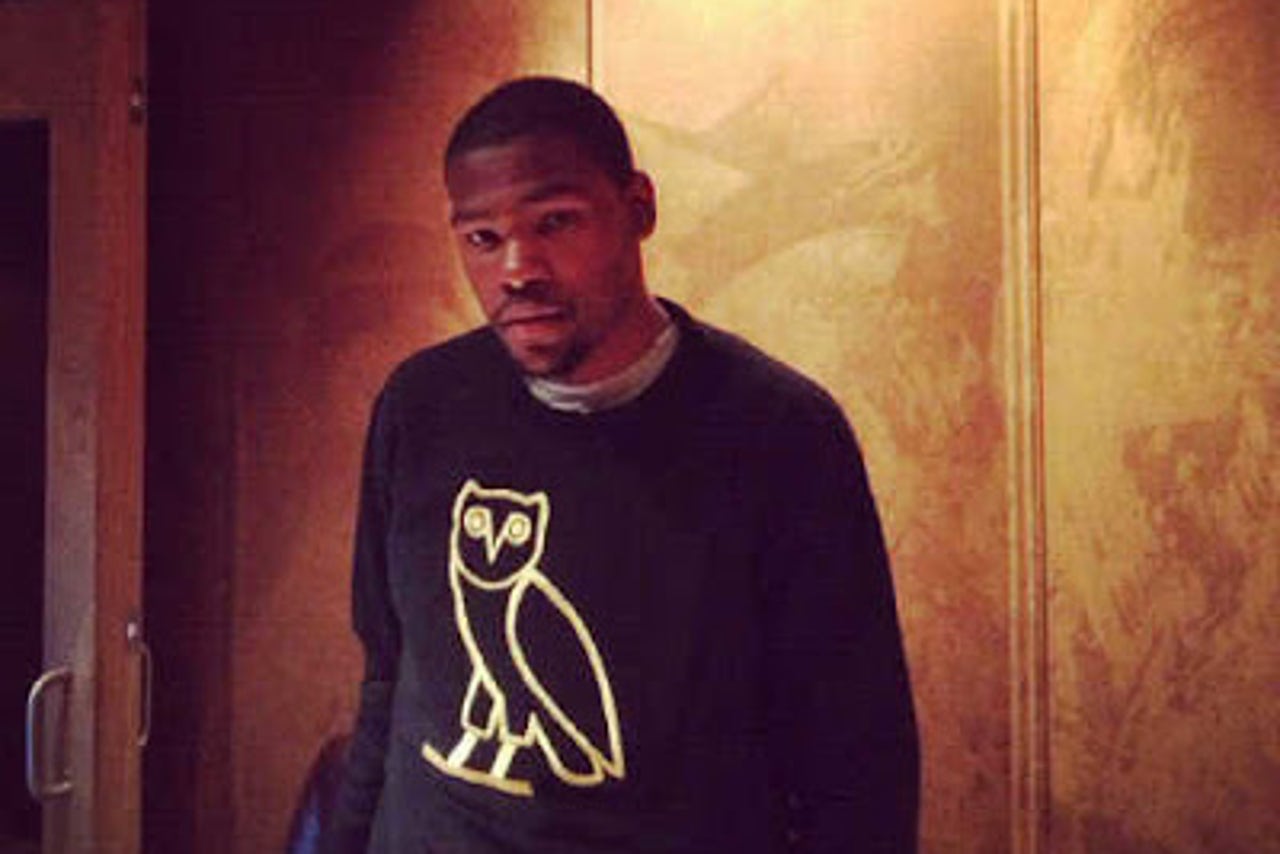 Then, in 2014, the Canadian rapper attempted to recruit Durant to Toronto while KD attended OVO Fest, which resulted in the Raptors getting fined $25,000 for tampering and the team slightly tweaking Drake's title of global ambassador with the franchise.

In 2015, Durant attended OVO Fest again, which reignited the now-distant rumors of Durant to the Toronto Raptors.

What's more, Drake has attended several Thunder games in Los Angeles, where he now resides, publicly supporting Durant and the Thunder, and the two have partied at Durant's birthday party (pictured above) and at several All-Star Weekends. 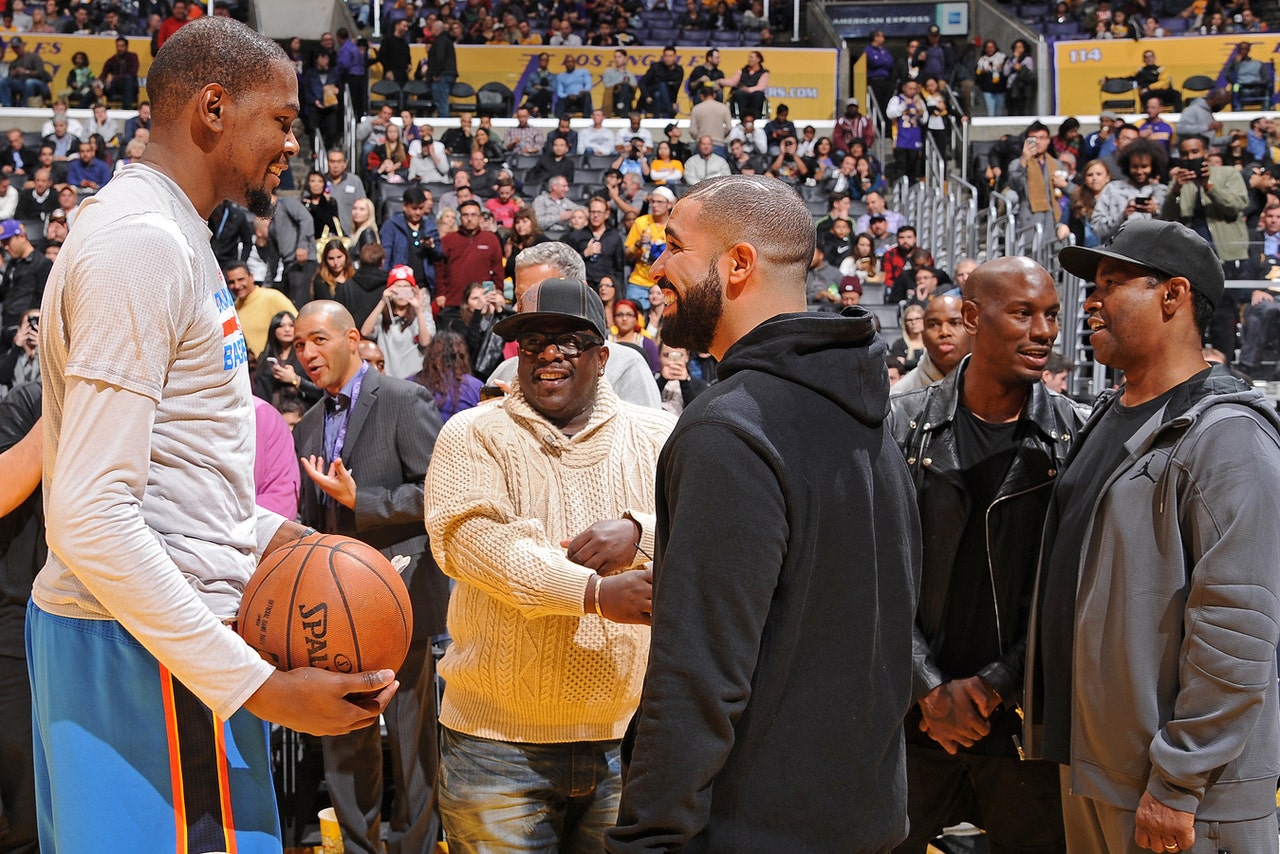 Last week, Drake released his fourth studio album VIEWS, which featured a track, "Weston Road Flows," in which he name-dropped Durant again: "Shout out to KD, we relate, we get the same attention/It's rainin' money, Oklahoma City Thunder/The most successful rapper 35 and under/I'm assumin' everybody's 35 and under."

Durant was asked about the line at practice earlier this week, and he admitted it was special to get a shout-out from his friend and favorite rapper:

Durant had made it long before Drake shouted him out — he's a former MVP, an Olympic gold medalist and one of the greatest scorers ever — but it's always encouraging to receive love from your peers.

The NBA's Most Devastating Injury
In recent years, Achilles tears have plagued some of the NBA's top players. Melissa Rohlin examines a painful trend.
19 hours ago

Brooklyn Buckets
So far, so good in Brooklyn. The Nets are 2-0 since pairing "The Beard" with KD, and the duo has so far proven unstoppable.
1 day ago

Brooklyn Experiment
Three of the game's brightest now reside in Brooklyn. How it will come together is still to be determined, writes Melissa Rohlin.
6 days ago

Blockbuster Sends Harden To Brooklyn
James Harden is headed to Brooklyn after the Rockets and Nets agreed to a four-team trade involving the Cavs and the Pacers.
6 days ago
those were the latest stories
Want to see more?
View All Stories
Fox Sports™ and © 2021 Fox Media LLC and Fox Sports Interactive Media, LLC. All rights reserved. Use of this website (including any and all parts and components) constitutes your acceptance of these Terms of Use and Updated Privacy Policy. Advertising Choices. Do Not Sell my Personal Info