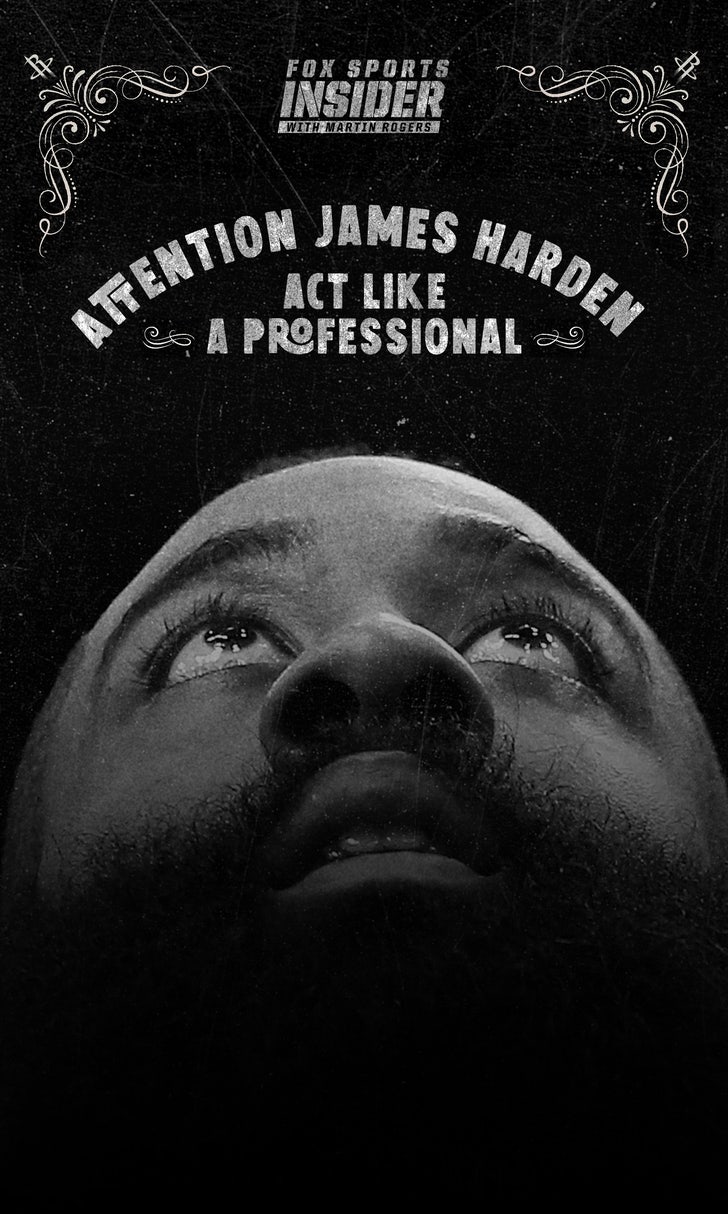 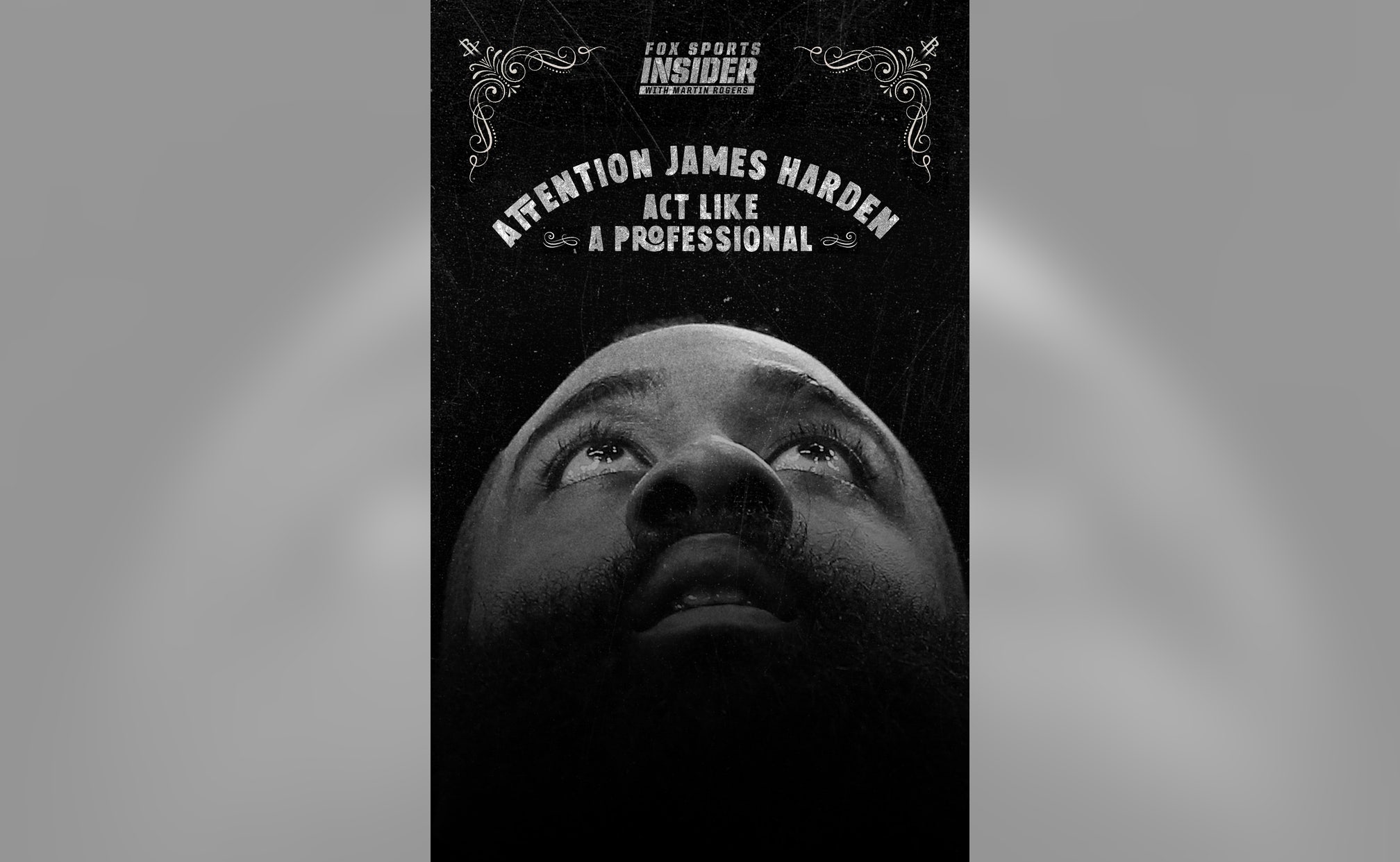 It's Time For Harden To Act Professional

There is almost certainly a way for James Harden to get what he is trying for, because there is always a way in the NBA, no matter how watertight, restrictive and locked up a contract appears to be.

But this way? It is not the right way – and not remotely close to anything resembling it.

Harden, the league’s leading scorer for the past three seasons, is attempting to get out of Houston and end his association with the Rockets. He previously requested to be traded to the Brooklyn Nets to link-up with Kevin Durant and Kyrie Irving, and according to a recent ESPN report, indicated that he would be open to a trade to the Philadelphia 76ers or possibly other NBA title contenders.

Whatever you think of that play, given that the Rockets have catered to his every whim, isn’t really the point. Sure, the Rockets bundled Dwight Howard, Chris Paul and Russell Westbrook out of town because they lost Harden’s favor, all while paying the bearded guard approximately $200 million.

Still, with his wish to switch franchises seemingly based on a desire to add a championship to his career resume, Harden is allowed to try to maneuver his way into what he feels is the best location for him and his career.

The sum of Harden’s actions over the past few days have cast him in a light as dim as that of a … (spot the hint) … Las Vegas nightclub. After being absent from training camp, Harden reportedly arrived on Tuesday and tested in accordance with the NBA's protocols. Before that, he hadn't provided any reliable information about where he was, what he was doing, and when or if he had any plans to return.

All of which left Rockets head coach Stephen Silas and team ownership in the same boat as most of the rest of us, which is getting snippets of information from social media posts, purporting to show Harden partying at various spots including the socially adjacent, largely mask-free birthday party of rapper Lil Baby at a Las Vegas nightclub.

“Be a professional,” FS1’s Nick Wright said on First Things First. “This isn’t how professionals act. In the midst of a pandemic, going on a coast to coast tour of clubs … while your team is at practice with a brand new head coach. To hold his own personal wildcat strike in the midst of all this and to flaunt it on social media, is ridiculous.”

If Harden is trying to force Houston’s hand – okay, let’s stop pretending, that is exactly what he’s trying to do – he’s going about it in perhaps the clumsiest fashion possible.

Years of getting somewhat close yet never close enough to a title have already led to some doubts about whether Harden’s need to be the focal point of whatever team he’s on is actually detrimental to the kind of ultimate glory he seeks.

And now, all this nonsense, including the reality that he will need to separate from his teammates after flouting NBA COVID-19 protocols, can only damage his trade value.

Let’s be real – there are teams out there who would make a move for Harden but such a thing is not a can’t miss proposition and the amount of trade stock that can be responsibly offered will reflect that.

If the trade temptations put forward are too low, the Rockets may opt to simply suck it up, and force Harden to play out the remaining three years of his contract - or at least position themselves as if they are prepared to do so. Three years is a timescale that must seem like an eternity to Harden, who is now 31 years old and has other places he would rather be.

“There are so many other things that can happen right now, (Houston needs) to sit tight, grit your teeth,” FOX Sports' NBA analyst Chris Broussard said. “It is going to be tough but you need to fight through this and don’t give in.”

Before Tuesday, Silas admitted there was “no timetable” for when he will see Harden again. All the while, the city of Houston’s love affair with Harden has turned into outright antipathy.

“Everything Harden has told us the last three weeks – through his private actions and public partying and lack of communication with a franchise set to pay him $41 million this season – points to one unavoidable conclusion: He just doesn’t care,” wrote the Houston Chronicle’s Brian T. Smith.

It is becoming a sorry tale and it didn’t need to be. It sullies Harden’s reputation and it may be actively precluding him from the outcome he desires. You could perhaps understand it better if this was truly about winning a ring, and that's it.

But can we say that with total confidence? Or is part of it about muscle-flexing, and posturing, and trying to exert power, and yep, about partying it up just because he can?

Harden is a phenomenal basketball player and one of the greatest scorers to have ever played the game. But even then, it could be that he is nowhere near as good, or as important, as he thinks he is.

No amount of step backs, no lofty field goal percentage, no status as one of the best in the league, is worth the kind of disruption he has shown.

Reactions To Harden's Impressive Debut
The Beard was in classic form in his first game with Brooklyn, making NBA history along the way. Here's how people responded.
8 hours ago

A Big Liability In Brooklyn
How do sportsbooks react to blockbuster trades? How much money is on the Nets? And is there any value? Sammy P asked the experts.
15 hours ago

Worthy of Attention
Zach LaVine is setting the league on fire. Is Chicago officially looking at its next superstar guard?
17 hours ago