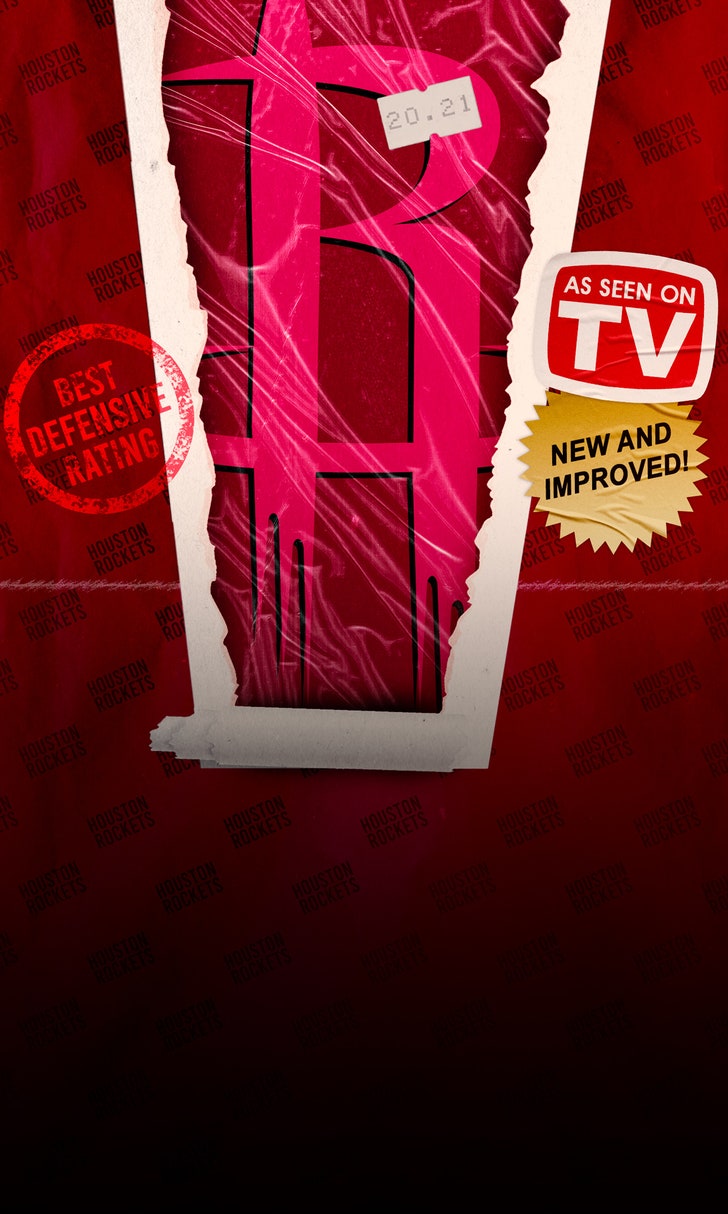 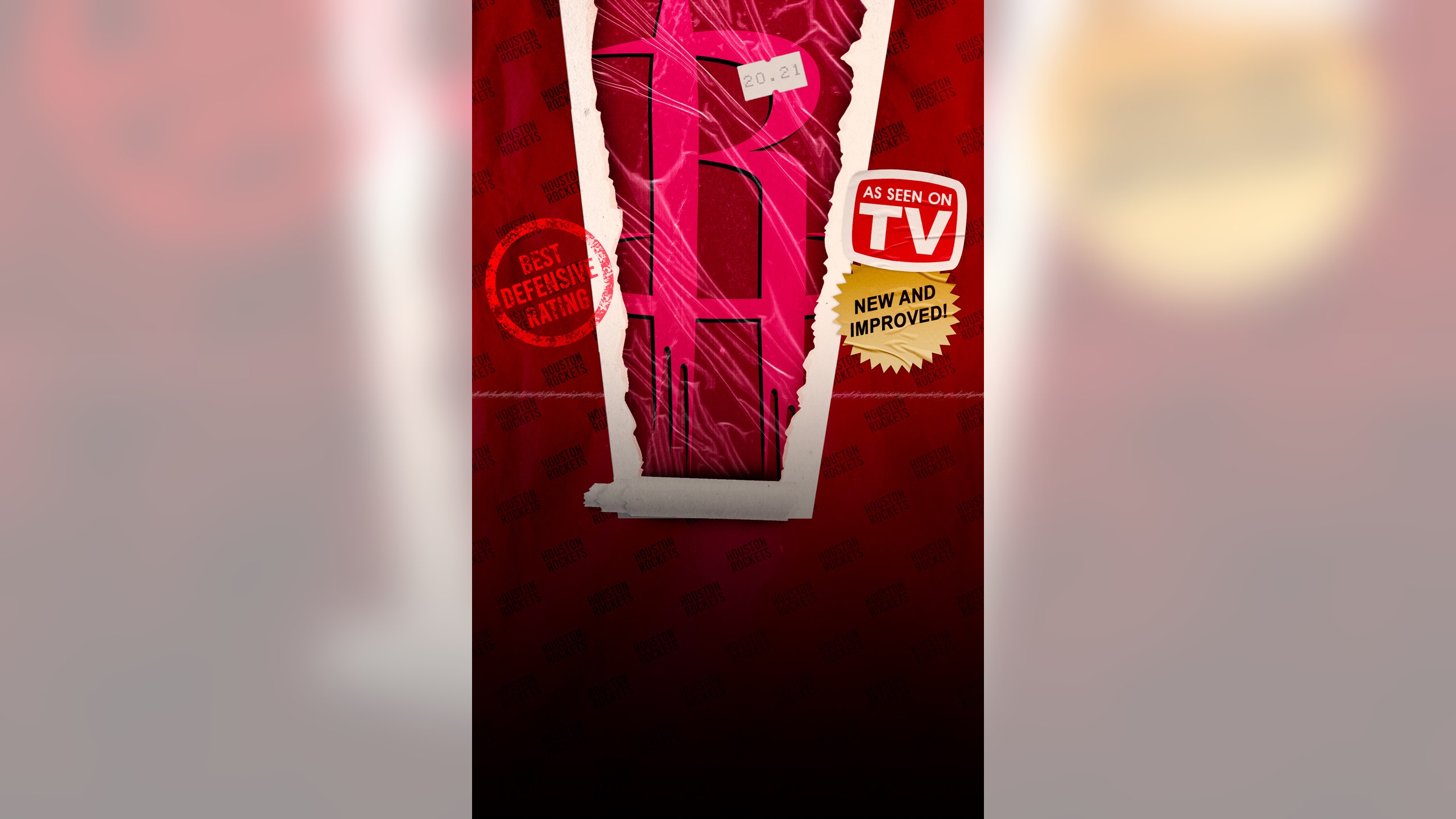 The Houston Rockets, sans James Harden, are a defensive juggernaut

There has been a rare sighting in Houston since the James Harden trade.

It's called defense – and it has led to a six-game win streak in H-Town.

Seldom does a franchise comes out victorious when trading away an iconic player in the middle of his prime, but so far, the Houston Rockets appear to be benefitting from trading "The Beard" to the Brooklyn Nets.

That was proving difficult to do with Harden's trade demands hanging over the franchise, and the team got off to a 3-6 start, ranking 17th in offensive rating (109.2) and 21st in defensive rating (111.1), bringing their overall net rating to -2.0, which was 20th in the NBA.

Since the trade on Jan. 14, the Rockets haven't just been better. They've been one of the best teams in the NBA.

Houston has a 7-3 record since Harden's departure. Although the team's offensive rating has remained 17th in the league (110.4), the Rockets have led the NBA in defensive rating in that 10-game span (102.6), which has brought their net rating to +7.8, fourth in the NBA.

According to Wall, the explanation for the turnaround is pretty simple.

But there is actually more to the Rockets' about-face than simply the absence of a disgruntled Harden. Houston's stars are performing up to their capability, including Victor Oladipo, who was acquired from the Indiana Pacers in the three-team Harden deal.

The Rockets have four players averaging at least 17.5 points per game – Wall, Oladipo, Wood and Eric Gordon – with Wood leading the way at 23.3.

The shift in approach has the Rockets tied with the Portland Trailblazers for eighth in the Western Conference, at 10-9, and just 1.5 games behind the Denver Nuggets in fourth.

"Right now, Houston looks like they could make the playoffs. A backcourt of John Wall and Victor Oladipo – that's actually one of the better backcourts in the league. Christian Wood, I don't think he's an All-Star, but he's putting up All-Star numbers."

Broussard also gave props to the Rockets for bouncing back after Harden forced his way out of town.

"I'm so happy for the Houston Rockets. I'm not mad at Harden for what he did. He had to go rogue to get out of Houston. I get it. But I didn't like him disrespecting his teammates the way he did. John Wall ain't no joke. Eric Gordon ain't no joke. Christian Wood is playing great basketball. P.J. Tucker is a very, very good role player. DeMarcus Cousins has done things in this league. I just thought the way he went at accomplished players was wrong.

On Tuesday, former New York Knicks coach David Fizdale discussed on ESPN's "The Jump" how impressive the Rockets' win streak has been.

"They had more turmoil going on than any other team in the league by far. So many things swirling around them. You got guys trying to reboot their career, you bring in Oladipo late ... And all that time, the Harden stuff was hanging over them. To see them forging ahead ... you gotta give a lot of credit to Coach Silas and the coaching staff."

Kevin O'Connor of The Ringer outlined what he has seen from the Rockets this season.

"I’m on the record saying that I thought Houston could be a great team if Harden just bought in and showed up to training camp in shape. So I’m buying how good they look now. John Wall, Oladipo, and Christian Wood (or WOW as some Rockets fans are calling them) are shining offensively and setting a strong defensive tone. Oladipo and Wall are both playing like they have something to prove after returning from major injuries, and the entire team is playing hard."

Although the team lacks a bona fide, MVP-caliber player such as Harden, the Rockets have made up for it by becoming a well-oiled machine, rather than a superstar-driven franchise.

Houston had a problem on its hands through the first three weeks of the season. At this point, consider it solved.

All-Star squads selected
LeBron James and Kevin Durant picked their squads for Sunday's NBA All-Star Game, and there was plenty of talent to choose from.
1 hour ago

Center Of Attention
After dominating the first half of the NBA season, is Joel Embiid currently the MVP and best player in the NBA?
7 hours ago

All Love In H-Town
Even after an ugly breakup, James Harden got a warm welcome from the team and fans with whom he spent eight seasons, Melissa Rohlin writes.
21 hours ago