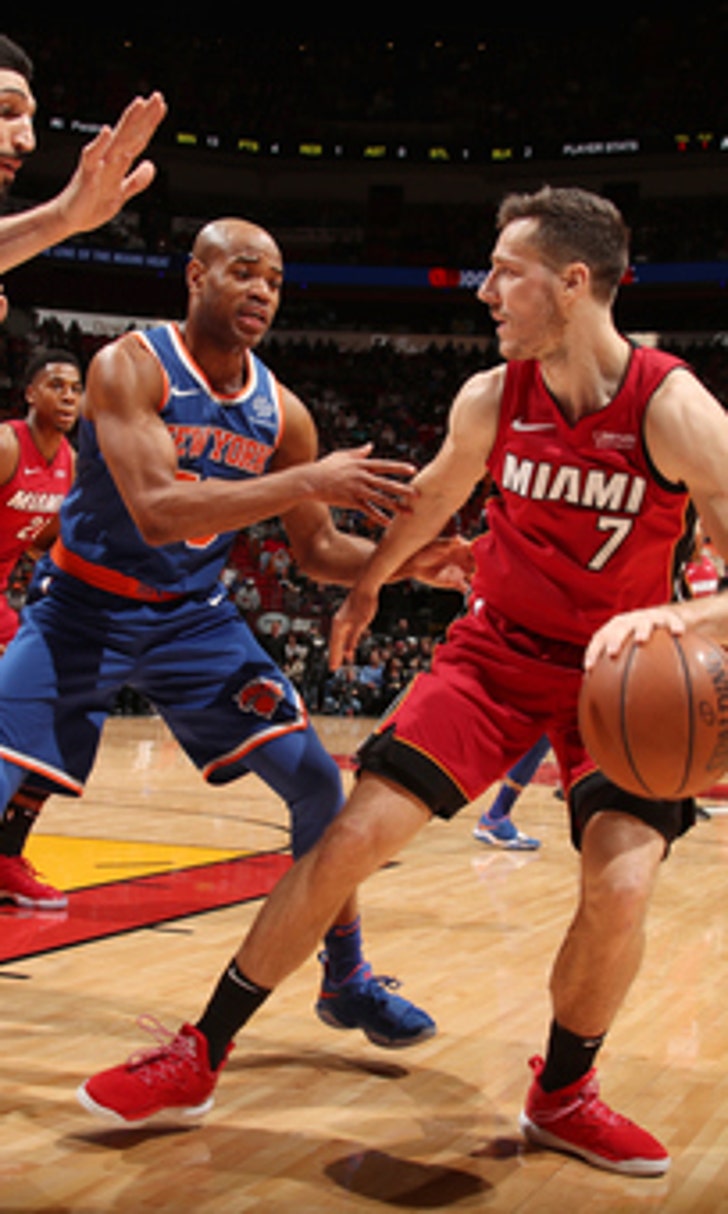 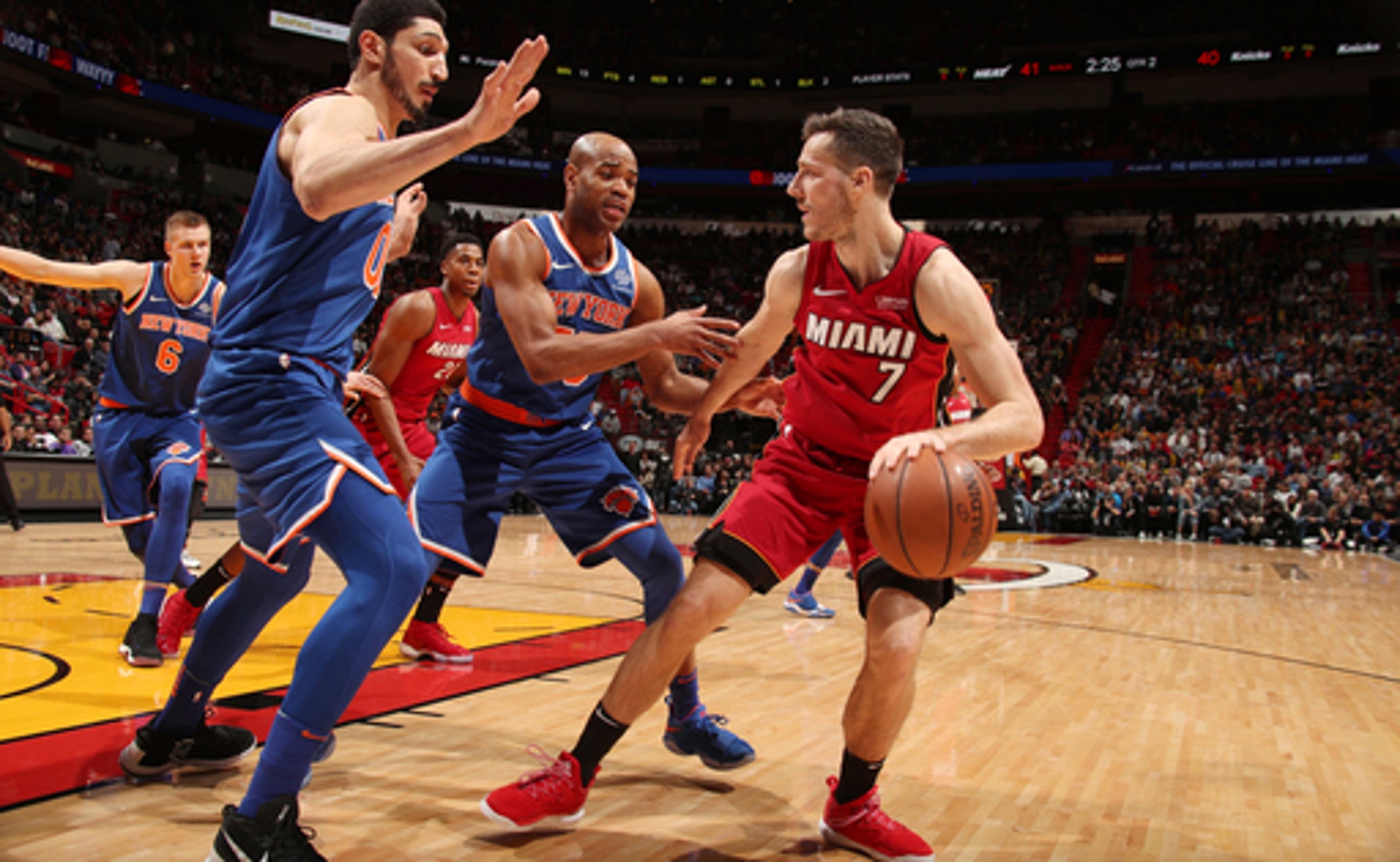 previous story
Georgia and Alabama arrive in Atlanta, home away from home
next story
Grabbing a beard? The NHL has it covered

MIAMI (AP) Wayne Ellington attempted 16 3-pointers to set a Miami Heat franchise record, and yes, that was an important element in what happened on Friday night against the New York Knicks.

It's not why the Heat won, however.

The little plays - Ellington throwing his body onto the floor to corral a loose ball late in regulation, James Johnson shaking off the sting of an 0-for-7 night to create the turnover that put Miami up for good - were what mattered most, at least from the Heat perspective. They moved a season-high four games over .500 by holding off the Knicks 107-103 in overtime on Friday night, with Ellington's 24 points leading the way.

''We needed to grind this game,'' Dragic said. ''It was a tough game, but we're happy with the result.''

Doug McDermott's 3-pointer with 1.1 seconds left in regulation sent the game to overtime, and the Knicks led twice in the extra session. Miami finished the game on a 7-2 spurt, started by a 3 from Ellington with 2:22 remaining.

Courtney Lee scored 24 for New York, which got 20 from Michael Beasley - who missed most of overtime after turning his ankle - and 15 from Kristaps Porzingis. The Knicks lost despite shooting 49 percent and holding the Heat to 40 percent.

The game was tied for the 15th and final time with a half-minute left, when James Johnson managed to break up Jarrett Jack's pass from near the top of the key for a turnover. That led to Richardson making two free throws a few seconds later, the Knicks missed two shots in the last 13 seconds and Miami survived.

''For competitors only,'' Heat coach Erik Spoelstra said. ''They live for those moments.''

Miami scored the next six, getting back-to-back 2-pointers from Ellington - a rarity for him, but they were needed.

That set up a back-and-forth in the final minutes of regulation, where the Knicks took the lead three times, Miami kept answering and McDermott sent it to overtime - where, after four more lead changes and two more ties, the Heat finished it off.

Knicks: Tim Hardaway Jr., still out with a leg injury, warmly greeted several Heat broadcasters pregame. Tim Hardaway Sr. is one of three Heat players to have his Miami jersey retired, and his son is well-regarded by the franchise. ... The Knicks didn't make a 3-pointer until Porzingis connected about 3 minutes into the third quarter. They were 5 for 13 from deep.

Heat: Miami has won its last 10 January games. ... The three-game winning streak matches a season-best for Miami. ... Derrick Jones Jr. became the 239th player to get time in a Heat uniform, and the 238th to score.

Heat guard Dion Waiters has sought a second opinion on his sprained left ankle - which could be an indicator that he may not wait until the offseason for surgery. Officially, his status hasn't changed. ''He's still doing his rehab, he's doing his treatment,'' Spoelstra said. Friday was the fifth game Waiters missed since aggravating the sprain, which has bothered him since March.

Beasley was drafted No. 2 overall by the Heat in 2008, and had three stints in Miami. He raised some eyebrows this week when telling the New York Post he thought Spoelstra could have believed in him more. Said Spoelstra, who remains fond of Beasley: ''Jeez, Beas, you threw me under the bus, man.'' Beasley tried to defuse it pregame as well, saying, ''I love Spo.''