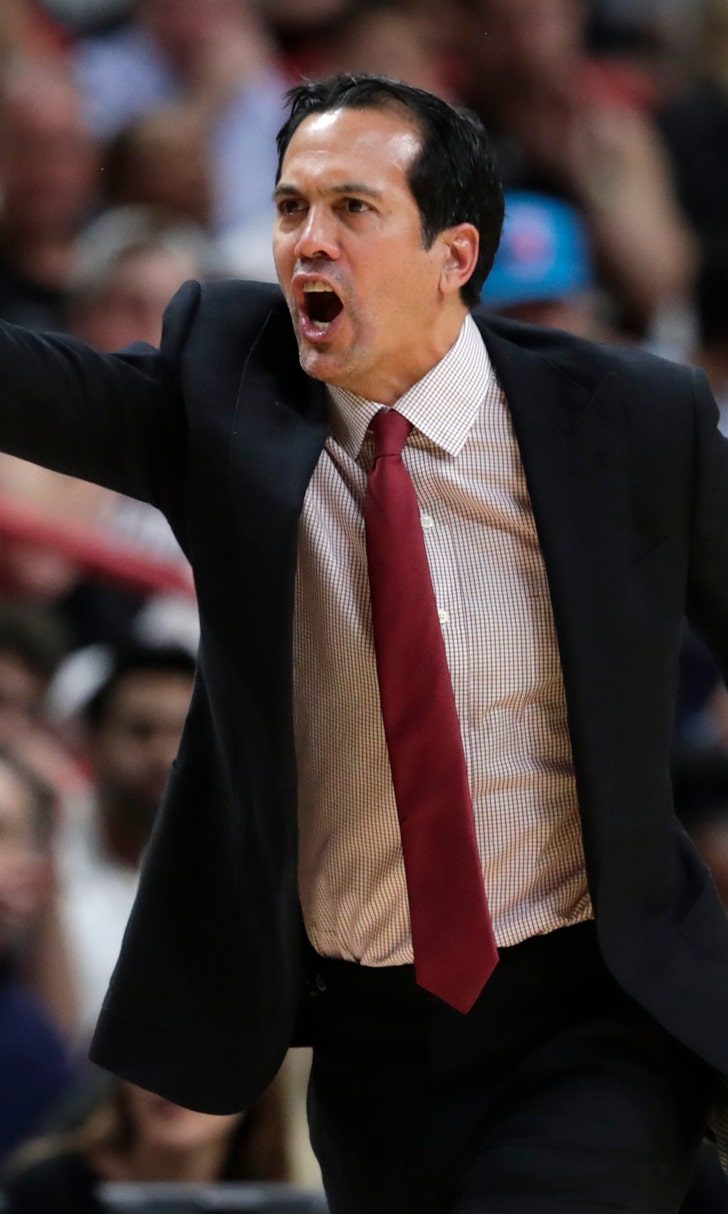 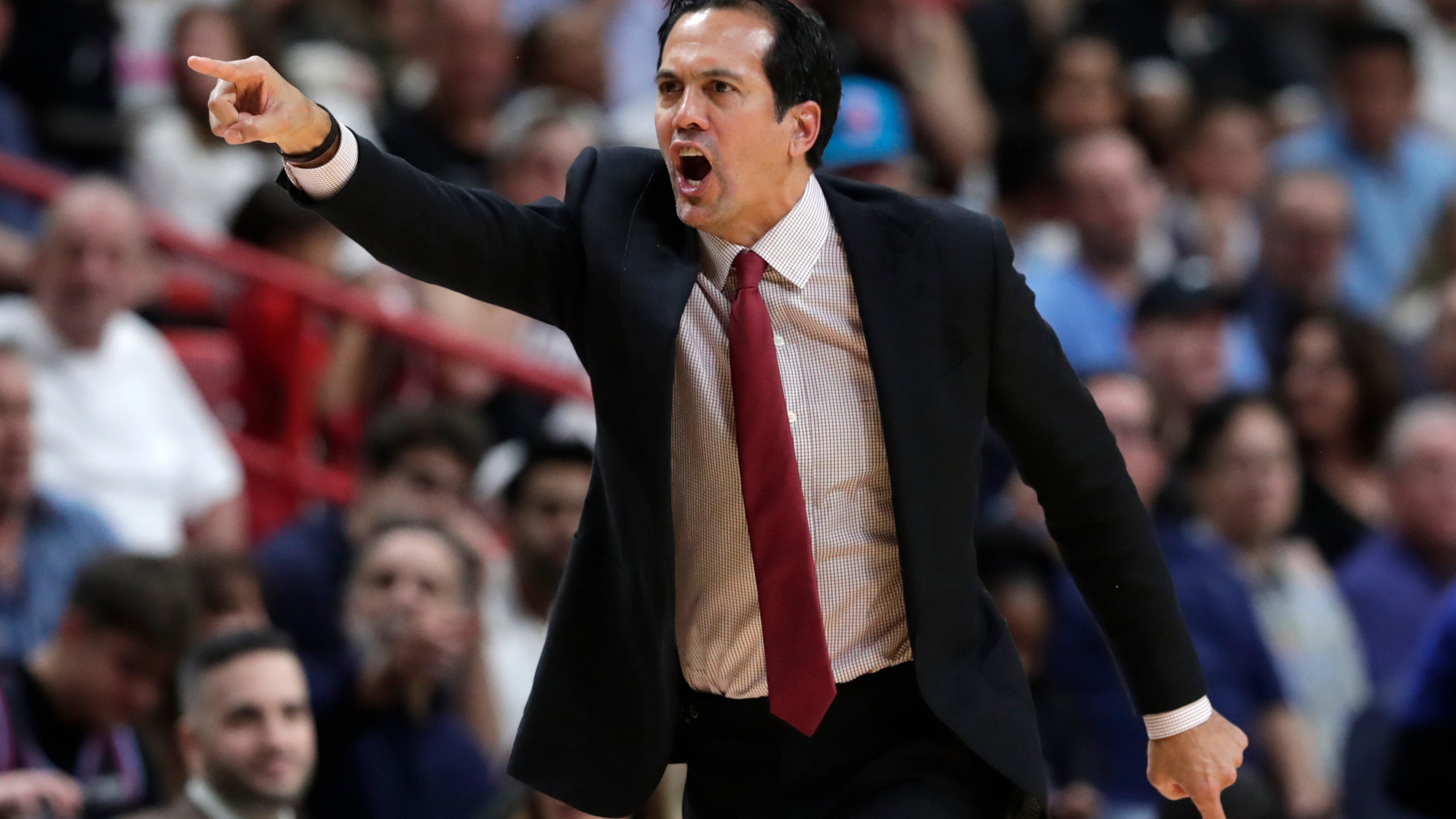 BOSTON (AP) — Miami coach Erik Spoelstra missed the Heat's game Wednesday night against the Boston Celtics to return home to be with his wife for the birth of their second son.

Assistant coach Dan Craig, who grew up about 40 minutes away from TD Garden in Chelmsford, directed the Heat.

“In the morning the coach got the message from his wife that she was having contractions,” Craig said. “He got on flight early this morning, fortunately got back there safely and he’s with her now.”

The 37-year-old Craig said he’d been texting with Spoelstra, but didn’t have any further update.

Craig rooted for Celtics when he lived in the area. He grew up in upstate New York, but his family moved north of Boston when he was 12.

“It worked out kind of funny,” he said. “I’m back home and I’m going to coach this game. It’s pretty exciting.”

In March of 2018, Craig also coached the Heat when Spoelstra was with wife Nikki for the birth of his first son. The Heat lost that game.