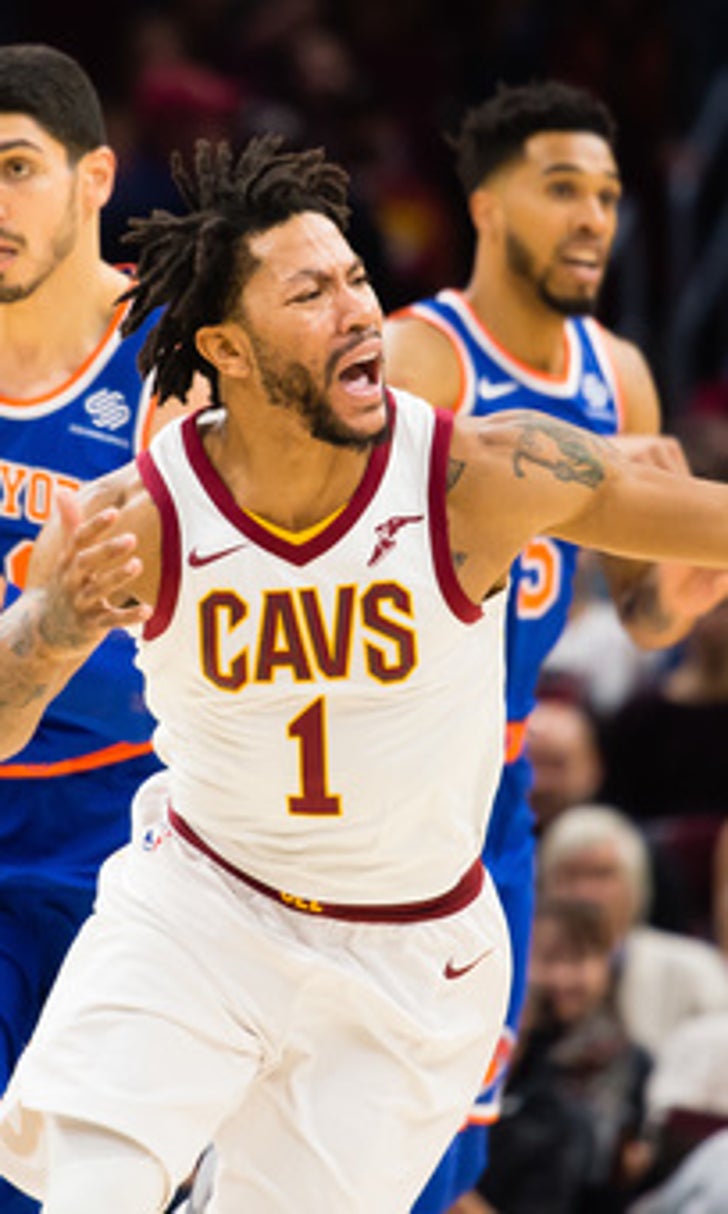 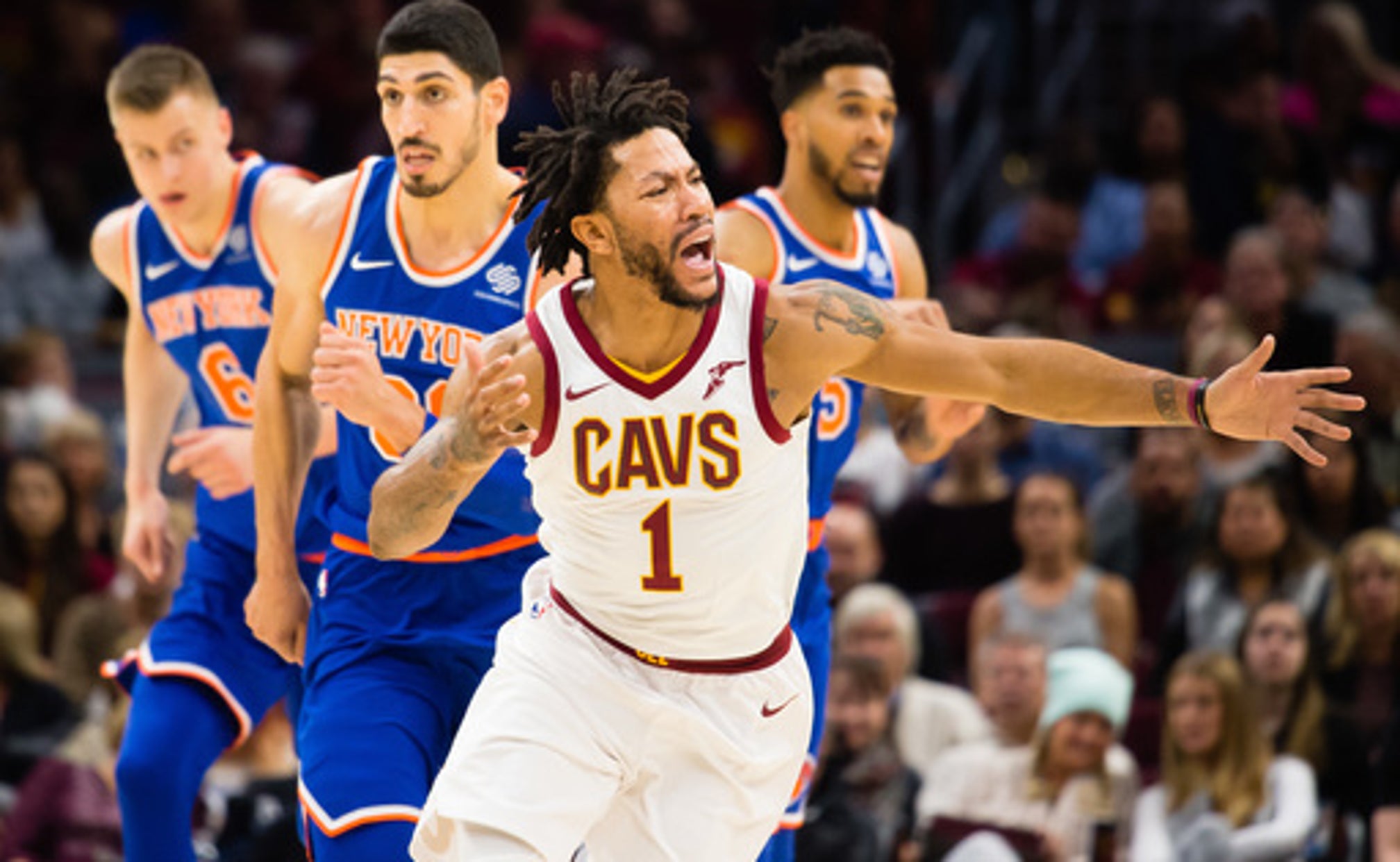 CLEVELAND (AP) After the Cavaliers' fourth loss in five games, LeBron James is turning to the calendar for comfort.

''What month is this for me? October? I'm not about to go crazy over it right now. It's too long of a season. I've been a part of this way too many times,'' James said after Sunday night's 114-95 loss to the New York Knicks.

Tim Hardaway Jr. scored 34 points, Kristaps Porzingis had 32 and the Knicks won for the second time after losing their first three games.

Cleveland, which was blown out by Orlando at home and lost to Brooklyn during this stretch, fell below .500. The Cavaliers were routed 123-101 in New Orleans on Saturday.

The Cavaliers are favorites to return to the NBA Finals for the fourth straight season, but their issues continued, particularly on the defensive end.

''Guys are scoring at will against us,'' James said. ''Our defense is pretty bad right now.''

New York, after winning its first game Friday over the Nets, led 89-71 late in the third quarter. Cleveland cut it to 94-88 on James' drive, forcing New York to call a timeout with 8:21 left.

''We could have folded against a veteran team like that, but we made some big shots and pulled it out,'' New York coach Jeff Hornacek said.

New York beat Cleveland for the first time since Oct. 30, 2014 - James' first game back with the Cavaliers after playing four seasons in Miami - a span that covered 10 games.

''It's nice to finally beat the Cavs for the first time in my career,'' Porzingis said. ''Hopefully we can be in the playoffs where that really matters.''

''I did a lot more attacking,'' Hardaway said. ''I took the 3s when they were there. Seeing one go down opens up a lot.''

Kevin Love led the Cavaliers with 22 points while James had 16. Derrick Rose returned after missing four games because of a sprained left ankle and scored 15 points.

Cleveland led 13-10, but Hardaway scored 10 points, including two 3-pointers and a dunk off an alley-oop pass from Jarrett Jack, as New York went on a 14-0 run.

The Cavaliers tied it at 49 late in the second quarter, but the Knicks scored seven straight points and pushed the lead to 62-54 at halftime.

New York took over in the third quarter and built the lead to 17 on several occasions in the period.

Sunday marked the anniversary of James' professional debut in 2003 against Sacramento. He had 25 points with nine assists and six rebounds.

''I played better 14 years ago than I did tonight,'' James said.

Hardaway fell two points of his career high, which came on March 3 of last season against the Cavaliers while he played for Atlanta.

Cavaliers guard Iman Shumpert didn't play because of a sore right knee. He had spent time at point guard with Rose sidelined and started Saturday.

Cavaliers: Cleveland's loss to Orlando snapped a 17-game winning streak against the Magic. ... Power forward Tristan Thompson had one point, no rebounds and four fouls in 19 minutes. ... Love hit two 3-pointers in the first six minutes, giving him 900 for his career.

Knicks: Return home to play Denver on Monday night in their first back-to-back set of the season.

Cavaliers: Host Indiana on Wednesday night. Cleveland has won seven straight in the series at home.

New York Knicks
share story
those were the latest stories
Want to see more?
View All Stories
Fox Sports™ and © 2020 Fox Media LLC and Fox Sports Interactive Media, LLC. All rights reserved. Use of this website (including any and all parts and components) constitutes your acceptance of these Terms of Use and Updated Privacy Policy. Advertising Choices. Do Not Sell my Personal Info