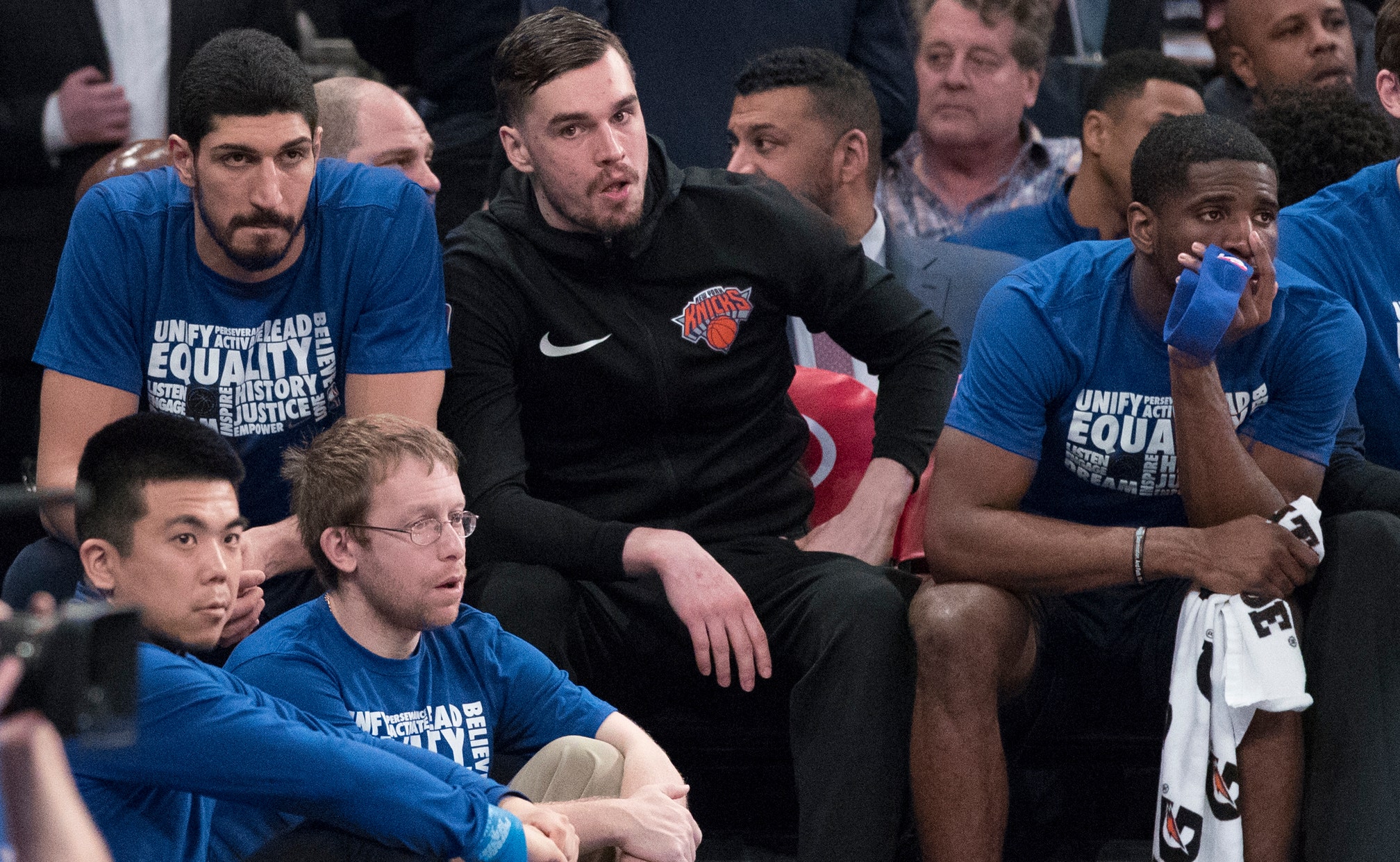 Forbes says Knicks most valuable NBA team, worth $4B

NEW YORK (AP) — The New York Knicks are worth $4 billion, making them the most valuable NBA team for the fourth straight year, according to Forbes . That's despite having the worst record among the league's 30 teams.

In its annual rankings, Forbes said the Knicks' value increased 11 percent from last year because of a $1 billion renovation of Madison Square Garden, completed in 2013, that has produced a series of new revenue streams.

The Knicks, who feature a starting lineup with three new players acquired in the Kristaps Porzingis trade, lost at home Tuesday night for a franchise-record 15th straight game. They began Wednesday with a 10-43 record.

Forbes says the Los Angeles Lakers remain in second place with a value of $3.7 billion, up 12 percent.

The average NBA team is worth $1.9 billion, up 13 percent from last year.