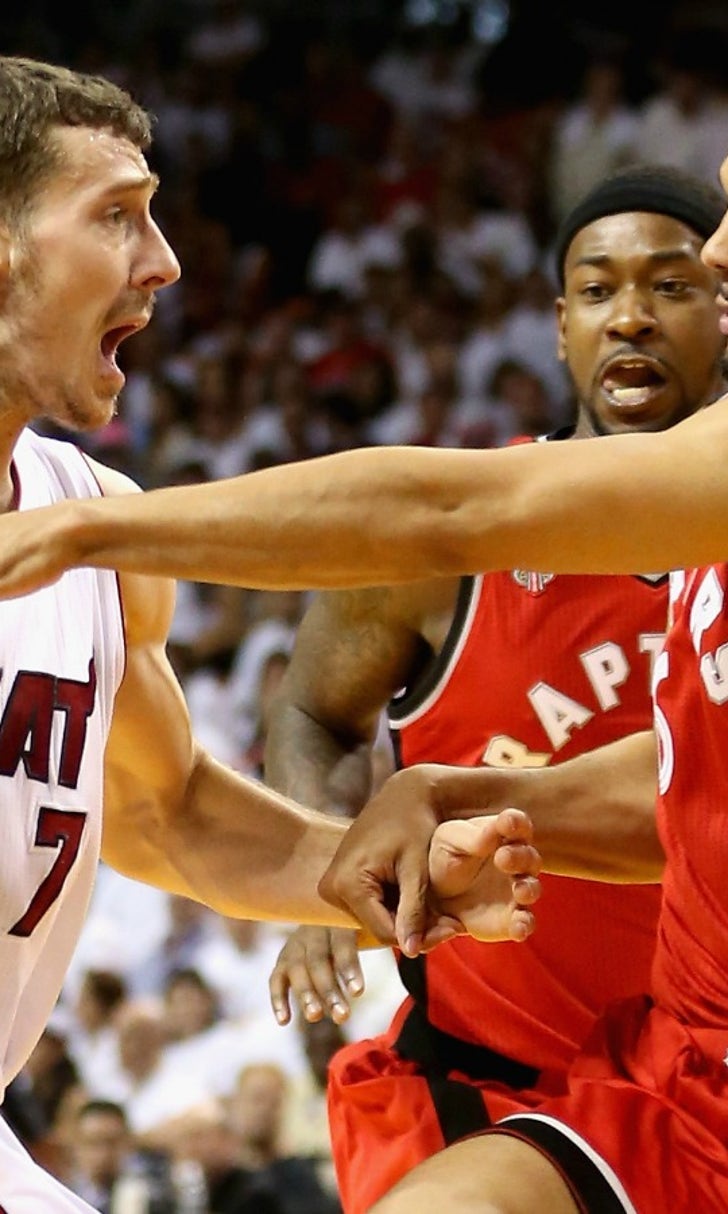 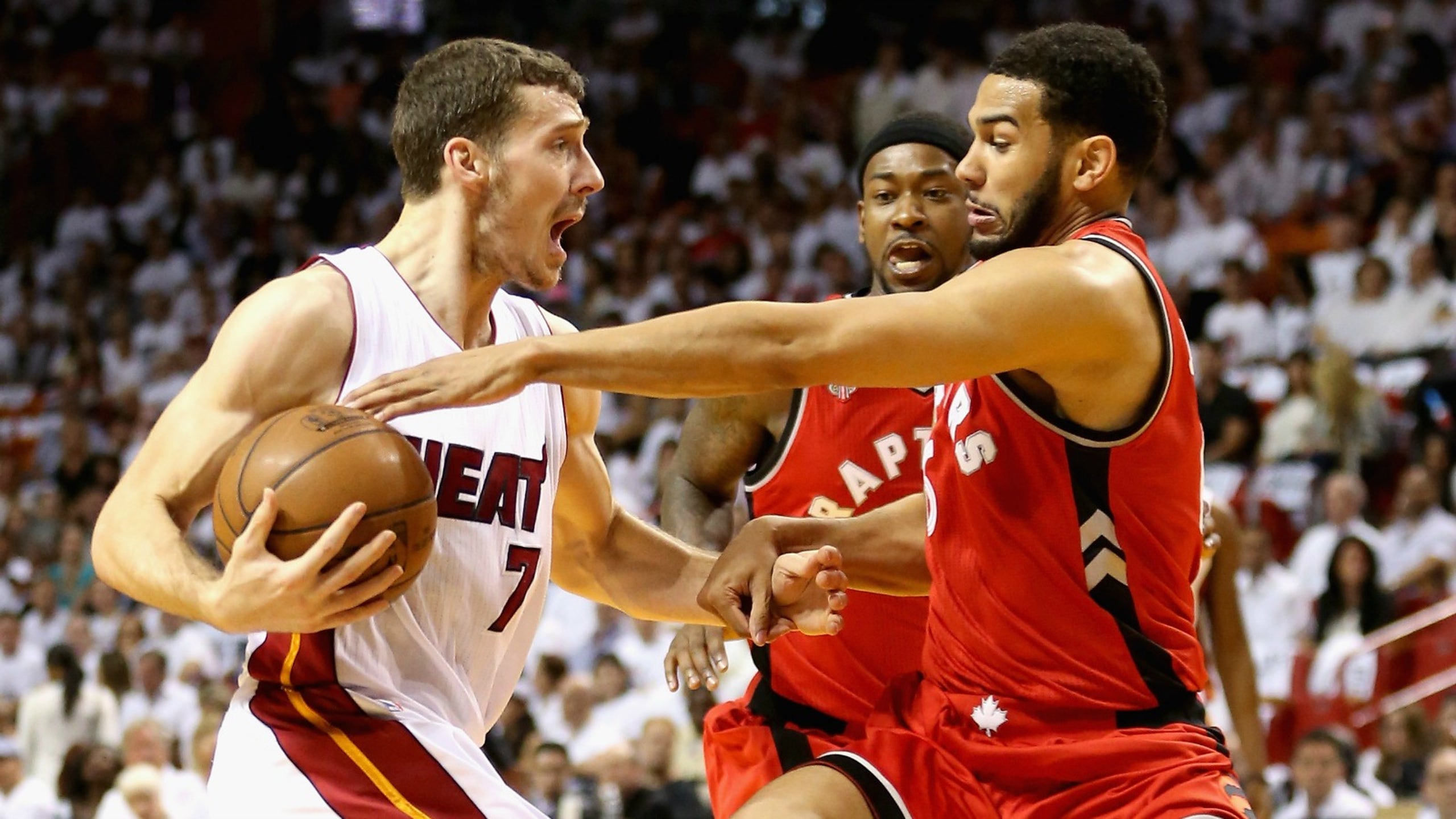 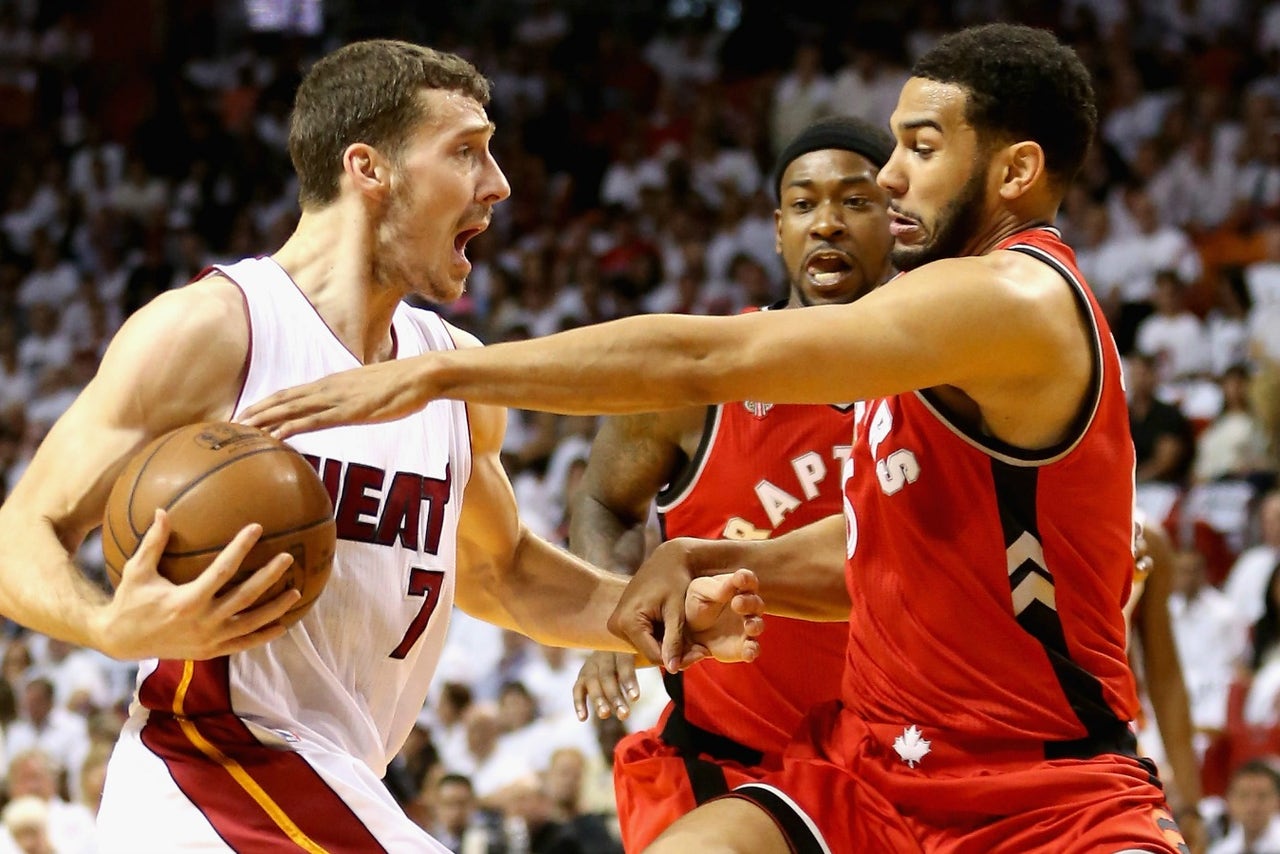 MIAMI -- The Miami Heat went small, and came up big.

With that, another Game 7 awaits.

Goran Dragic scored a postseason career-high 30 points, Dwyane Wade added 22 and the Heat rode a small lineup to a 103-91 victory over the Toronto Raptors on Friday night, tying their Eastern Conference semifinal series 3-3.

"Last year at this time we were all on vacation," Miami coach Erik Spoelstra said. "So often in this business people tend to want to search for the easy route. There's usually not an easy way in a seven-game series, certainly not with a second and third seed going against each other. This is the path ... and now we've pushed it to a Game 7."

It comes Sunday in Toronto. The winner will head to Cleveland for Game 1 of the Eastern Conference finals on Tuesday night. Both the Heat and the Raptors won a Game 7 in the first round. 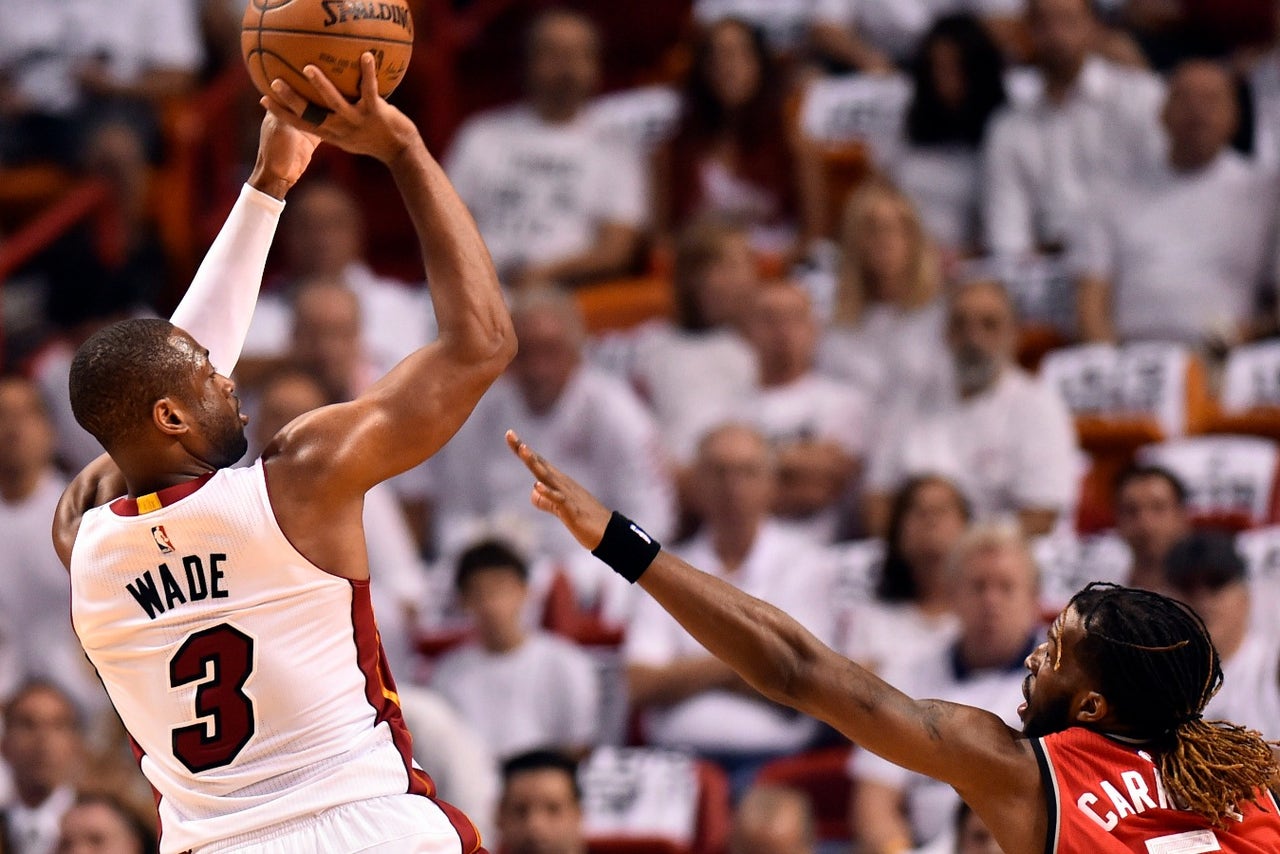 Kyle Lowry scored 36 points for Toronto, on 12-for-27 shooting. DeMar DeRozan added 23 for the Raptors, but their teammates combined to shoot 14 of 34 from the floor and manage 32 points.

Joe Johnson had 13 points, Justise Winslow added 12, and Josh McRoberts scored 10 for the Heat. But now they need a win on the road, or else the season ends Sunday.

"We played all year to get 56 wins and be the No. 2 seed in the East and get home court in this type of situation," Lowry said. "It's going to be fun. Game 7, two versus three, get an opportunity to play on one of the biggest stages there is."

Dragic shot 12 of 21, Wade blocked a game-high three shots and the Heat -- despite some serious size deficiencies with injured starting center Hassan Whiteside still out -- only lost the rebounding battle 43-41. 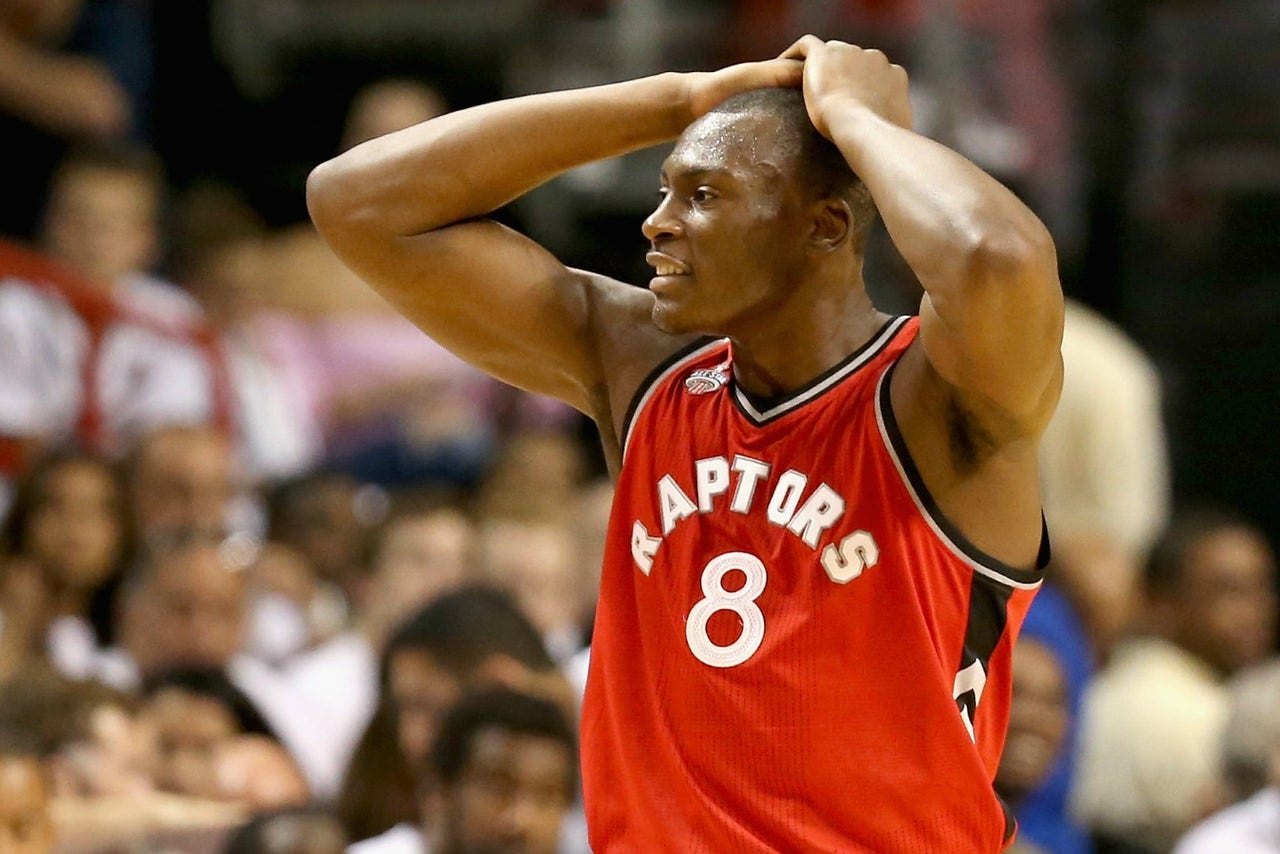 "I knew this guy to my left was going to have an amazing performance tonight," Wade said, sitting alongside Dragic postgame. "You could tell he was on the brink of one."

Neither team divulged its starting lineup until warmups were under way. The Heat had reason for subterfuge, after choosing a super-small starting five of Dragic, Wade, Johnson, Luol Deng and Winslow.

The Heat used eight players -- the tallest being McRoberts, at 6-foot-10. The average height of the others was just under 6-6. 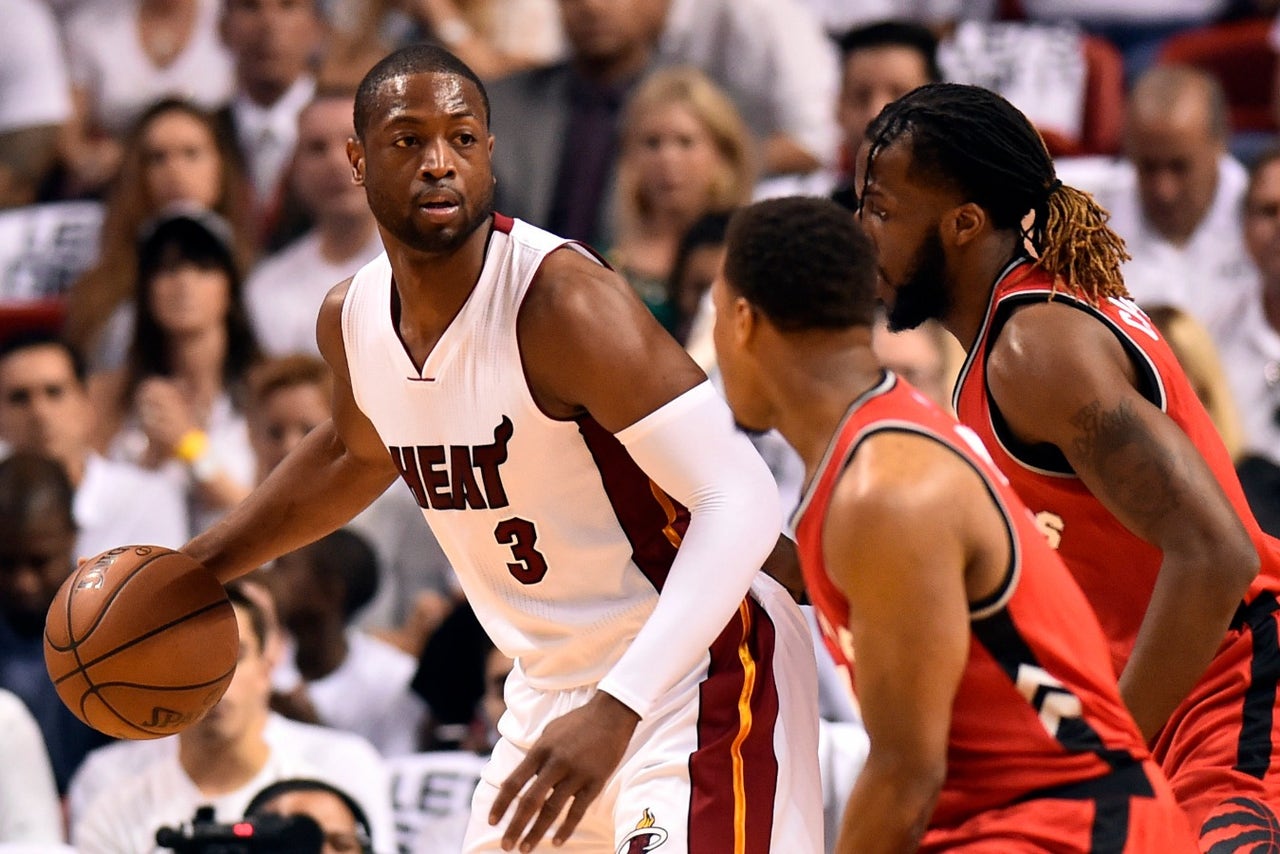 "They made a great adjustment," DeRozan said. "Give them credit."

Deng jumped center and Winslow got his first playoff start, three games after sitting out Game 3 entirely. The Heat like using the term "positionless basketball" and Winslow epitomized it early -- in a 60-second span, the rookie guarded Raptors center Bismack Biyombo ("that's what we lift weights for," Winslow quipped afterward), brought the ball up like a point guard and made a corner 3.

Whiteside, watching from the locker room, was thrilled.

"The guys played really well," said Whiteside, who will fly with the Heat to Toronto but said he will not play Sunday. "Goran got in the paint a lot and made it tough on their guys and D-Wade did D-Wade stuff."

Dragic scored 14 in the second quarter, helping Miami take a 53-44 lead at the half. The lead got to 13 in the third, Dragic again coming up big with a three-point play followed by a jumper. And when Toronto got within six early in the fourth, Dragic and Wade scored the next six points to keep Miami in control.

"I didn't want to go home to Europe," Dragic said. "Still want to be here."

And then, he hopes, Cleveland.

"I was just aggressive. I don't want to go home to Europe."

Raptors: Toronto is now 2-6 in series closeout opportunities, 1-5 when they come on the road. ... Toronto is one of four active teams yet to make its first appearance in the conference finals, joining Charlotte, New Orleans and the Los Angeles Clippers. ... The Raptors haven't lost back-to-back games since March 23-25.

Heat: Miami is 6-0 in its last six elimination games, the NBA's longest current streak. ... Dragic's previous postseason career high was 26. ... Wade tumbled into courtside seats in the third quarter -- landing atop University of Miami deputy athletic director Jennifer Strawley. She was fine, and Wade then playfully knocked a hat off the head of Orlando guard Victor Oladipo, sitting two seats away.

Wade passed Hakeem Olajuwon for No. 12 on the NBA's career playoff scoring list. Next up is No. 11 John Havlicek -- who Wade passed for 20th place by playing in his 102nd playoff victory.